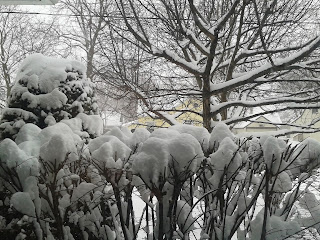 Snow and cold today...wind chills could go as low as 20 below zero by Monday morning...schools will probably be closed tomorrow and maybe Tuesday since we can't have the little darlings getting frost bitten at the bus stops.

I've spent a couple of hours shoveling today...could have dragged out the snowblower but I usually only bring out the big guns if I can't keep up or am short on time...not exactly a lazy day, but I'm not pressed for time, either, and I can always use the exercise.

Over the holidays we watched quite a few movies...of course we had to watch Scrooge, the 1970 musical with Albert Finney unrecognizable as the famous miser, and hands down the best version of Dickens' "A Christmas Carol" in film...also watched The Bishop's Wife (1947, Cary Grant, David Niven, Loretta Young)...first time I'd seen it and it has become one of my favorite films.  It's startling to realize these were some of Hollywood's biggest stars in a major production that openly quoted Scripture and treated the things of God with respect.  Couldn't happen today, that's for sure.

Last night after de-decorating and vanquishing Christmas we watched "Holiday" (Cary Grant, Katharine Hepburn)...not a bad flick, but they take way too long to get to the point.  So marry the sister and not your fiancee already!  Even so, it's always a pleasure to watch Cary Grant do his thing.

On the mcm front, another favorite item of mine: 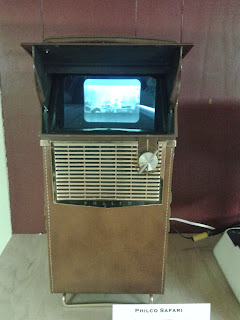 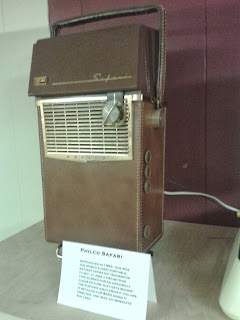 
That's a snippet of the original, 1960 "Ocean's 11" with the Rat Pack and others...cool version and more believable than the Clooney / Pitt remake.

Got the Safari for a great price and it didn't even need to be refurbished...it simply played like you see it in the video.  I did watch a movie - "Some Like It Hot" - on it when I bought it, just to experience what it would have been like back in 1959 when I was still wet behind the ears.  It's actually a lot better "live" than it looks in the video...oddly, the further away you get from the projection screen the bigger the image gets.  It's at least as watchable as cell phone screens you see everyone staring at today.

Duty screams - have to prepare for Monday in the salt mines - so wrapping this up.  Sweet Mid Century Modern Dreams, all...