Back In The Saddle... 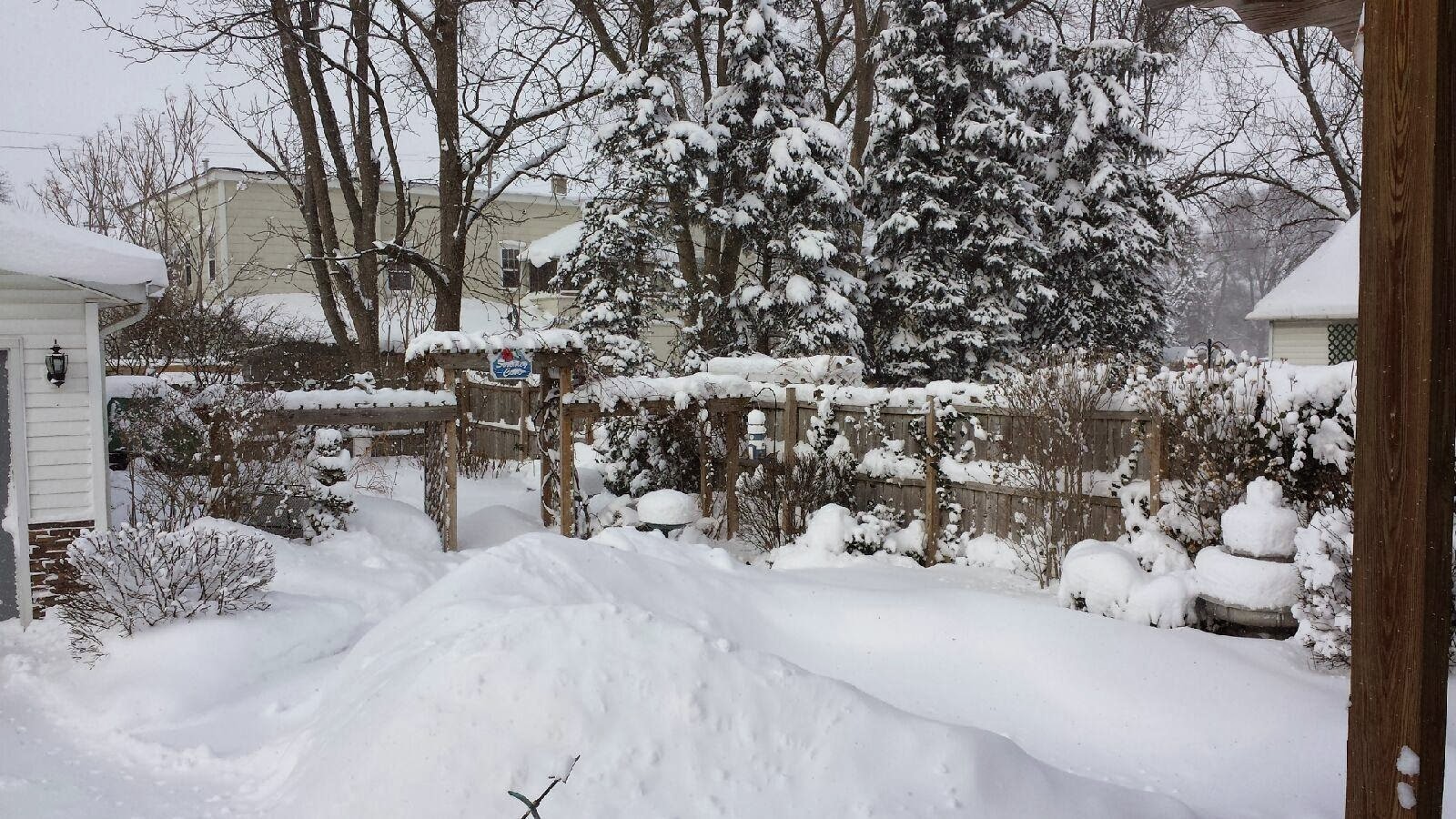 Please note...if you arrived here from the Desert Riviera Facebook page, you can click on this link to see the details of our Palm Springs vacation: http://atomicmonstercafe.blogspot.com/2014/01/palm-springs.html

If not, then welcome to the next installment of the Atomic Monster Cafe blog where I blather on about whatever interests me at the moment and hopefully - eventually - tie it into something mid century modern... 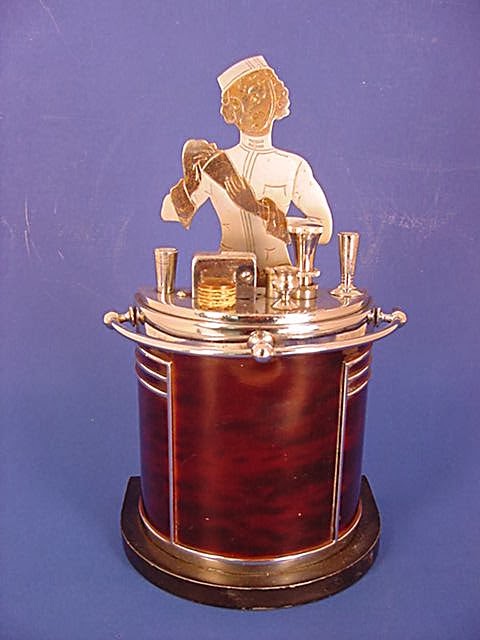 How cool is that?  It's definitely art deco, and has a certain je ne sais quois that makes me admire it.  Ok, let's face it, I just used that french term b/c I think it's what a snobby writer who wanted to impress people would do.

Even so, it's definitely high in cool quotient, and when we build our mcm ranch, the bar in the finished basement next to the bowling lane will sport that and several other cool lighters and accessories.  There; I circled back to mid century modern by mentioning our future ranch home.

So we're back from Palm Springs, and re-entry into the workaday world was unkind.  The combination of an increasing workload and the harsh winter weather - see the first picture - made dealing with reality particularly unpleasant...but I'm happy to be employed so I sucked it up and jumped back on the treadmill.

This weekend was Karen's birthday so we celebrated a bit: .I took her to a jewelry store under the guise of picking up some free earrings...they sent a card ahead of her birthday suggesting she stop in and pick them up...but I had called ahead and purchased a gift card for her, and they put it in the "Karen" envelope in the picture, and placed that in one of their display cases.

Eventually Karen spotted the card with her name on it in the display case and she was truly surprised.  It was a good night.

In the favorite stuff section, tonight's a twofer...1st, a 1930's Ronson Streamline lighter: 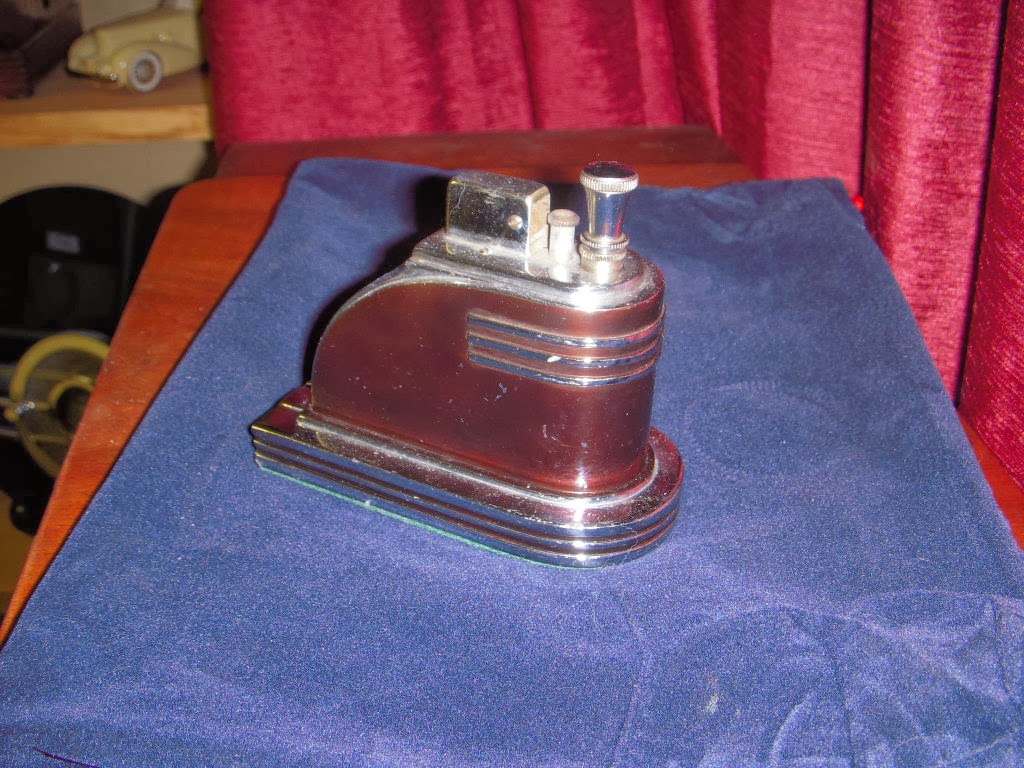 That's one I bought from Bob Adams of www.RonsonRepair.com...he is, as a seller in New Mexico recently opined, "the best in the biz", and I can attest to that.  If you've never seen one before, here's how it works: 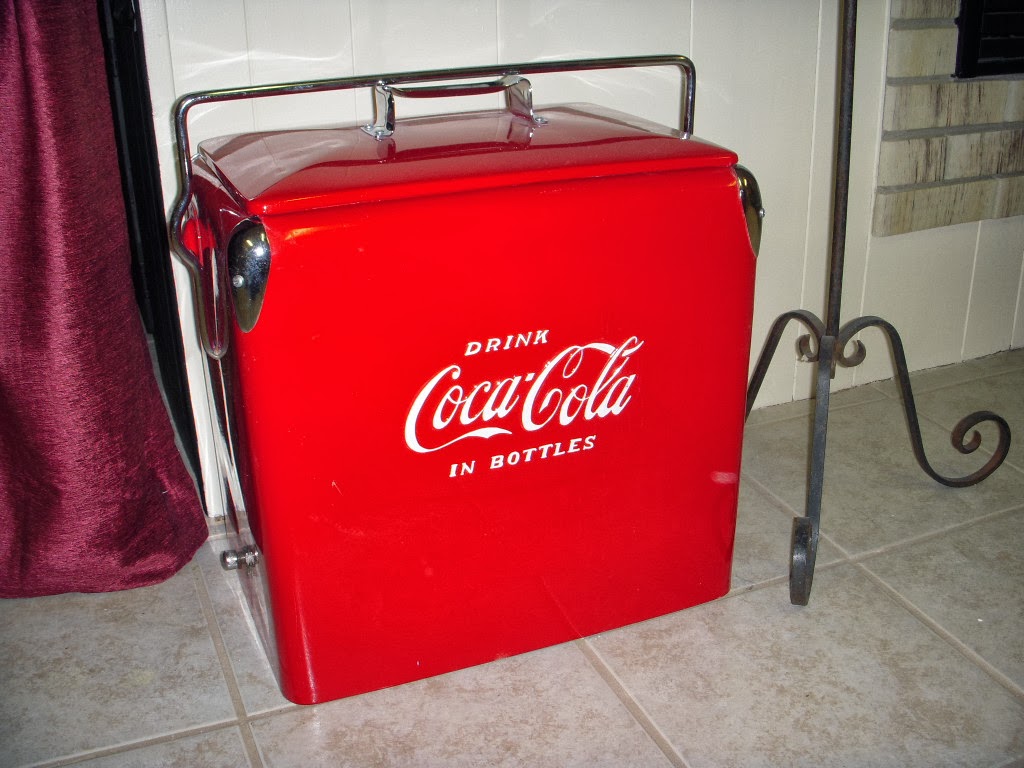 Karen and I use this in the summer quite a bit...we fill it with ice and various beverages, set it on our back deck and enjoy the day outside by the pool.

And that's the way it is on this frozen, February evening...