...to Tom's Antique Radio Repair in Dayton, Ohio.  When I have a radio in distress, Tom's the man who fixes it...and this time I had two...the fabulous Globe Radio I just acquired and a Columnaire I've had for awhile but never had serviced.

It's a five hour drive to Tom's place, but worth it for the great work he does.  This time, however, the weather did not cooperate.  I specifically waited until late March so we wouldn't have to deal with snow storms, but here's a view out our windshield on the way to Ohio:

By the grace of God we made it there and back without issue, but it was tense at times.  We thought about getting a room down in Springfield, b/c we visited the Ohio Antiques Mall after we dropped off the radios - Karen found a cameo rose juicer dish and another Hall tea pot for her collection - but with a warmer day forecast for Sunday, we decided to come on home so we wouldn't waste nice weather driving.  Makes for a long day - left at 8 am, got back after 9:30 pm - but it's nice to wake up in our own beds and enjoy a leisurely Sunday.

And the forecast was correct...today actually felt like spring...temps pushing sixty degrees and lots of sunshine...so what did Karen do with our first afternoon of pleasant weather?

I did suggest that Mr. Sun would be happy to oblige if we would just be patient, but Karen's motor is always running...and to be honest, we're not much happier with Mr. Sun than Butch Cassidy and the Sundance Kid were in the movie by that name (a not so oblique reference to the BJ Thomas song, "Raindrops Keep Falling On My Head", only in this case it's snowflakes).

Eventually she was persuaded to sit with me for a few minutes and just relax in the spring like weather...it's been a very looooooong winter, and the vitamin D felt good...cue John Denver - "Sunshine on my shoulders, makes me happy..."  Nah, on 2nd thought, skip the John Denver song...way too 70's for my taste.

Nothing much new on the collecting front...just an inexpensive ebay purchase of a danish modern Ronson varaflame table lighter: 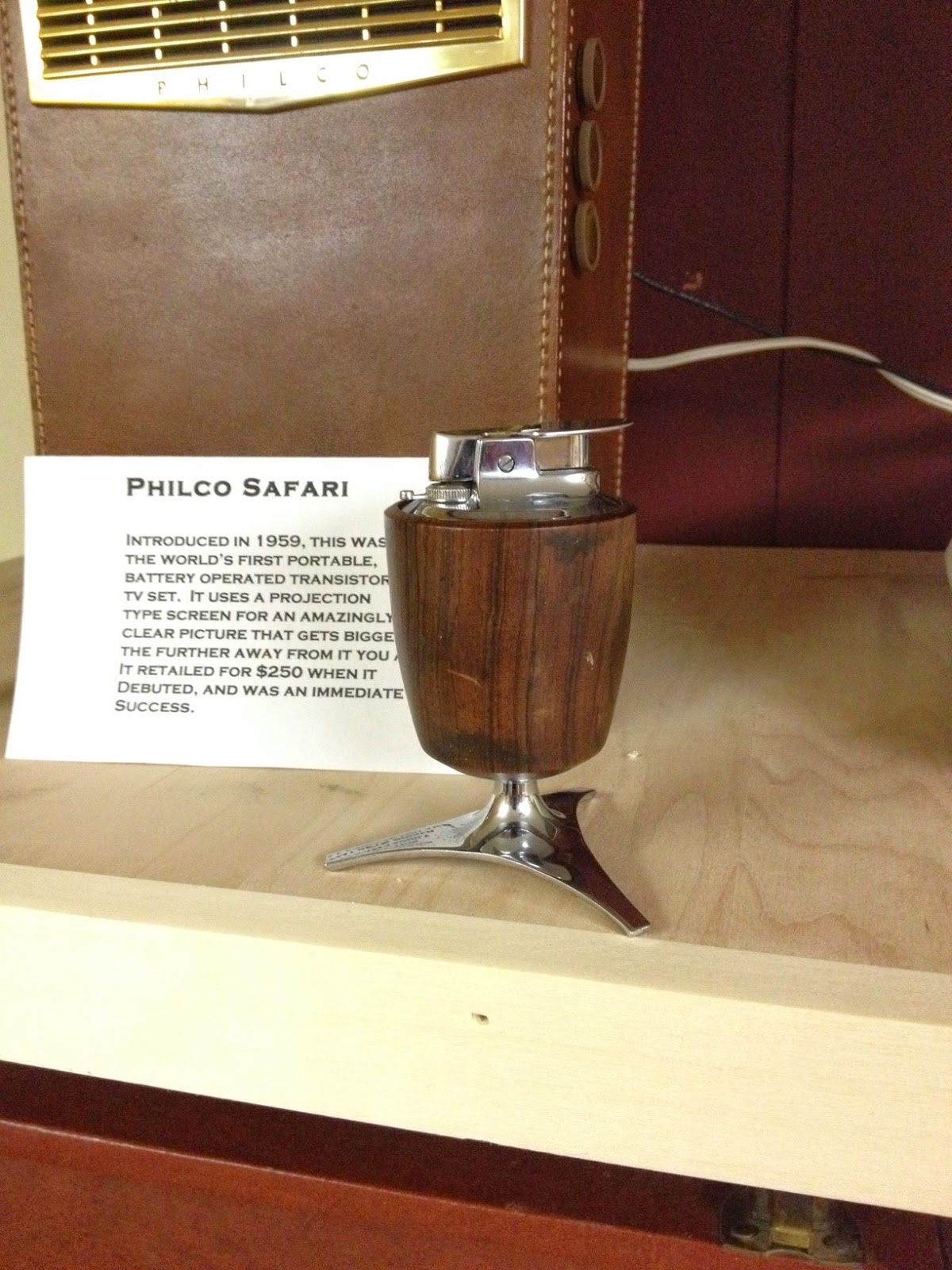 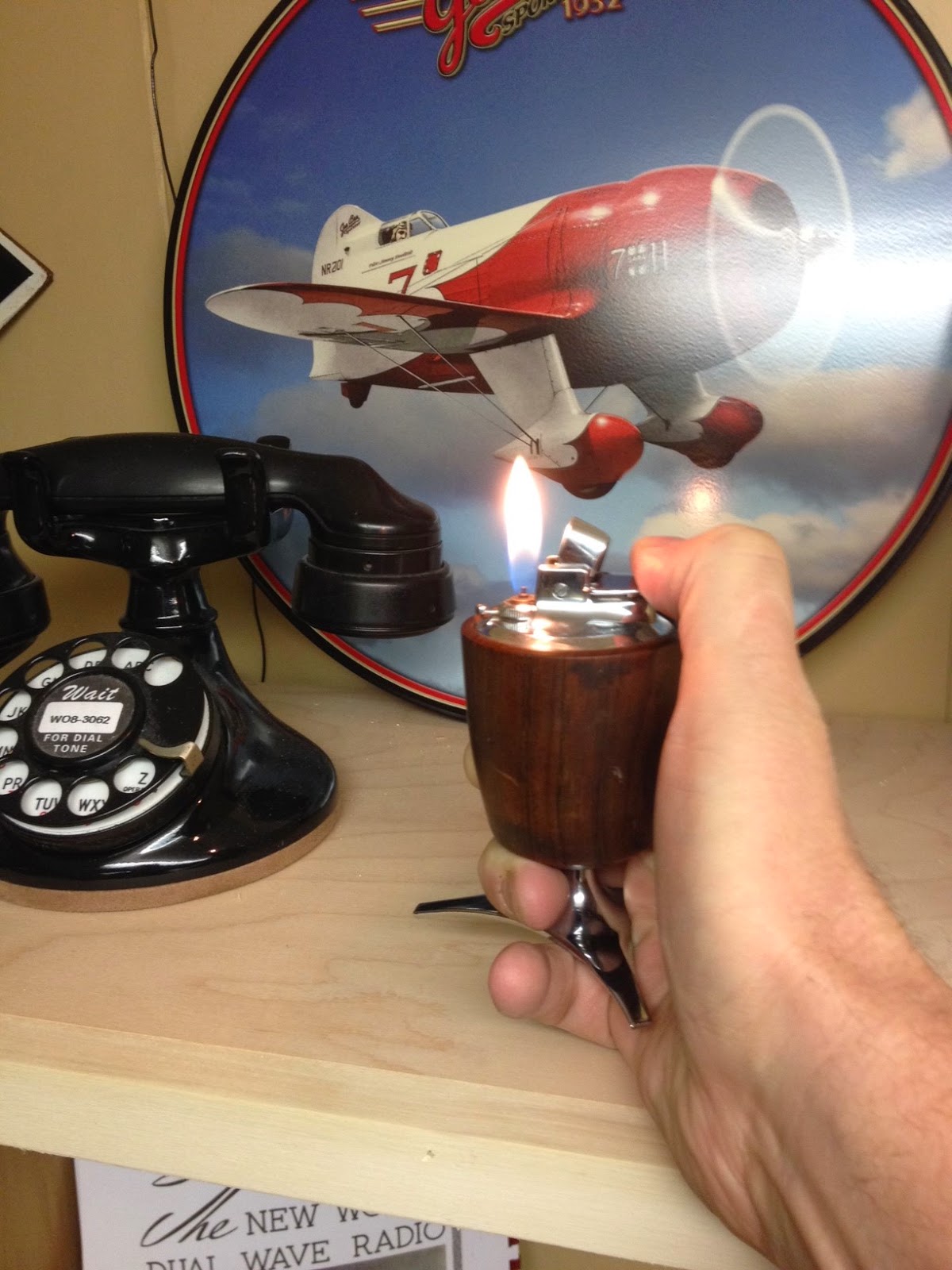 Even though it's not expensive, it's very attractive.  I put a new flint and some fuel in it and voila!  It works.

As I contemplate what interests me about antiques, I suppose it's the melding of form and function, of the pretty and the pragmatic.  It's true, a cheap Bic lighter will suffice to kindle a fire, but the Ronson lighters of the past blended beauty with business.  I once asked a fellow collector what items of today will be collected by future generations, and he replied, "none of them...we live in a disposable society where the almighty dollar rules supreme...no rational person collects junk, and that's primarily what's produced today".

Cynical to be sure, but there is at least a grain of truth in his condemnation.

Back into the salt mines, mcm fans.