Every so often, even after all these years, something falls through the "hole"...a tossed set of keys, or some other small object that manages to slip comfortably between my middle and pinky fingers, where ringo used to live.

Makes me think back to that summer, three plus decades ago, when I did the ride share thing with an older gentleman who hailed from Oklahoma.  He had a southern drawl, but unlike most southern boys who take their own, sweet, time getting from one end of a sentence to the other, he spoke in a machine gun cadence:  da ta da ta da ta da ta...

That combination rendered him pretty much incomprehensible to me, but I discovered for the most part that didn't matter.  On the 90 minute drive back from the rig he'd stop and buy a 6 pack of beer for us to share, and after a couple I was in a pleasant daze.  Since he was set on broadcast, not receive, we arrived at a comfortable compromise...I would quietly drink his beer and he would assault the silence.  His rapid fire patter faded into background noise with only an occasional prompting from him:  "you follow me?"  or "get what I'm saying?"  A simple nod or grunt in the affirmative from me would send him on his conversational way again and I'd slide back into an exhausted coma.

He also taught me the grammatically useful trick of inserting a 4 letter word in the middle of another word for dramatic emphasis, exempli gratia:  I guaran-damn-tee you.

Somehow this relationship worked and we formed an easy, if unlikely, bond.  I rode with him for a month before I noticed he was missing the pinky finger and outside part of his right hand.  It had been crushed in a rig accident, but the surgeon smoothed it out so well, you had to look twice and count - 1, 2, 3, no 4 - before you'd notice.   When I lost my finger on the rig one midnight shift, he was the only one who bothered to come see me. 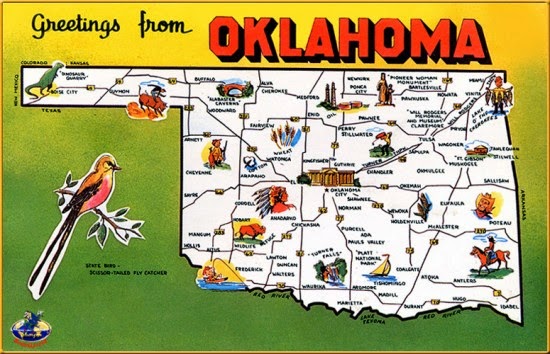