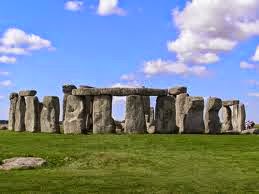 ...Stonehenge, anyone?  Welcome to Wiltshire, England and the site of an ancient a) religious site, b) astronomical calendar, c) concert venue, the original rock and roll stadium.  Truth is, there are many theories and few hard answers, but modern day pagans trek there to celebrate the solstice.

For a considerably shorter journey to someplace a lot closer to home, consider this: 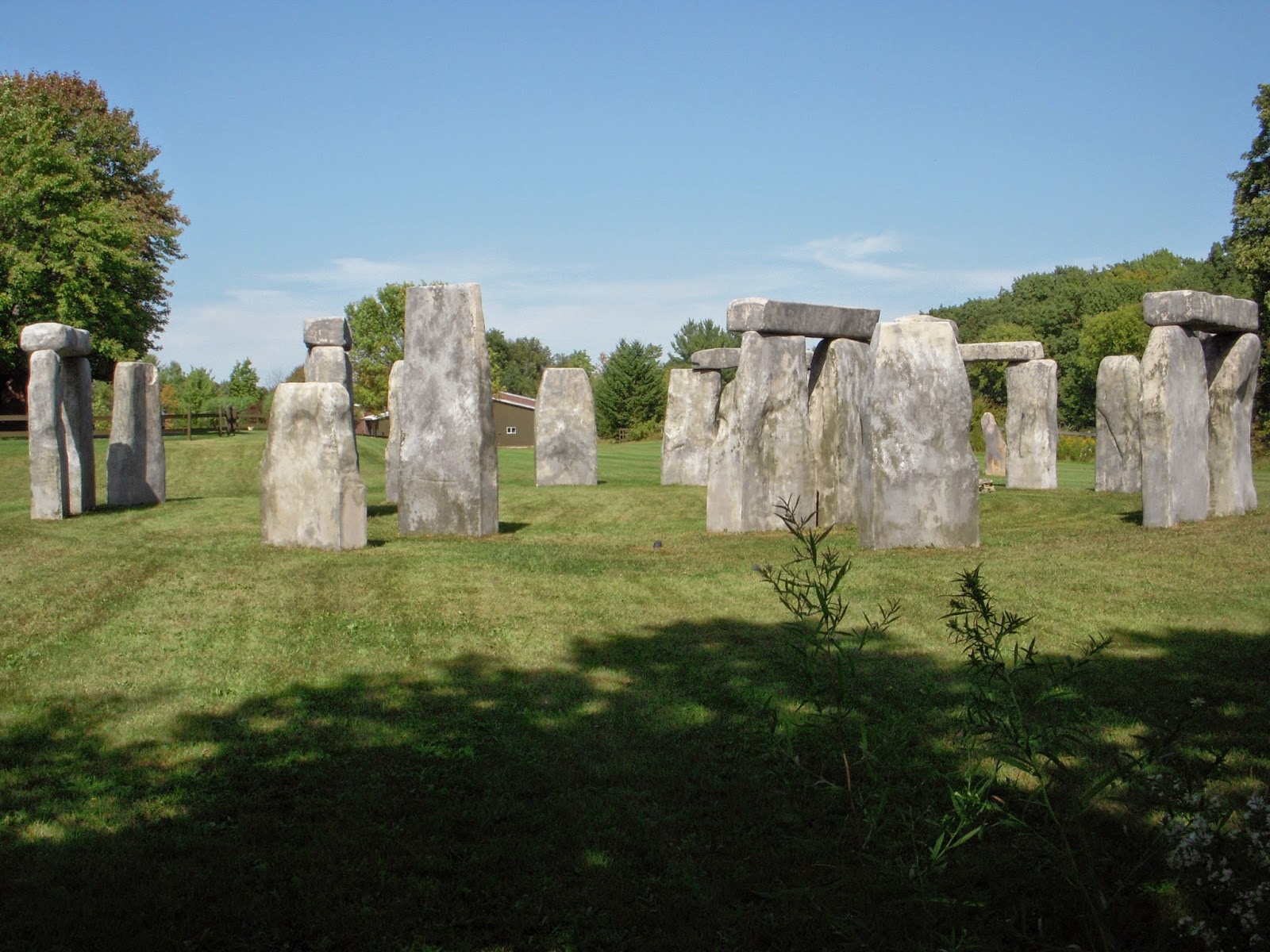 This Stonehenge knock off is in Nunica, Michigan, in someone's back yard.  Karen and I drove by one day and stopped to take pictures, just as the owner - or perhaps a visitor - went racing down the driveway and out onto the road.

Whether you ever visit the mystical site, or the not so mystical one here in Michigan, our current reality is we've passed the summer solstice - the official start of summer - and are now racing toward winter as we steadily lose daylight from here until the winter solstice in December.  Depressed yet?  "great news!  Summer just started and the days are getting shorter now!"

Pop the champagne so I can drown my sorrows at the inevitable forward march of father time. 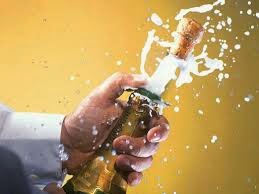 Number five son and his bride stopped by for an overnight stay this weekend...Benjamin and Brooke graced our loft and caught us up on what's happening in their lives.  They were in Michigan for a couple of days to see a friend on his birthday and it was nice to visit with them for a while.

While we were sitting poolside, Mr. Squirrel came begging peanuts again, and we obliged...when he'd had his fill he decided to flop down and listen in on the conversation for awhile: 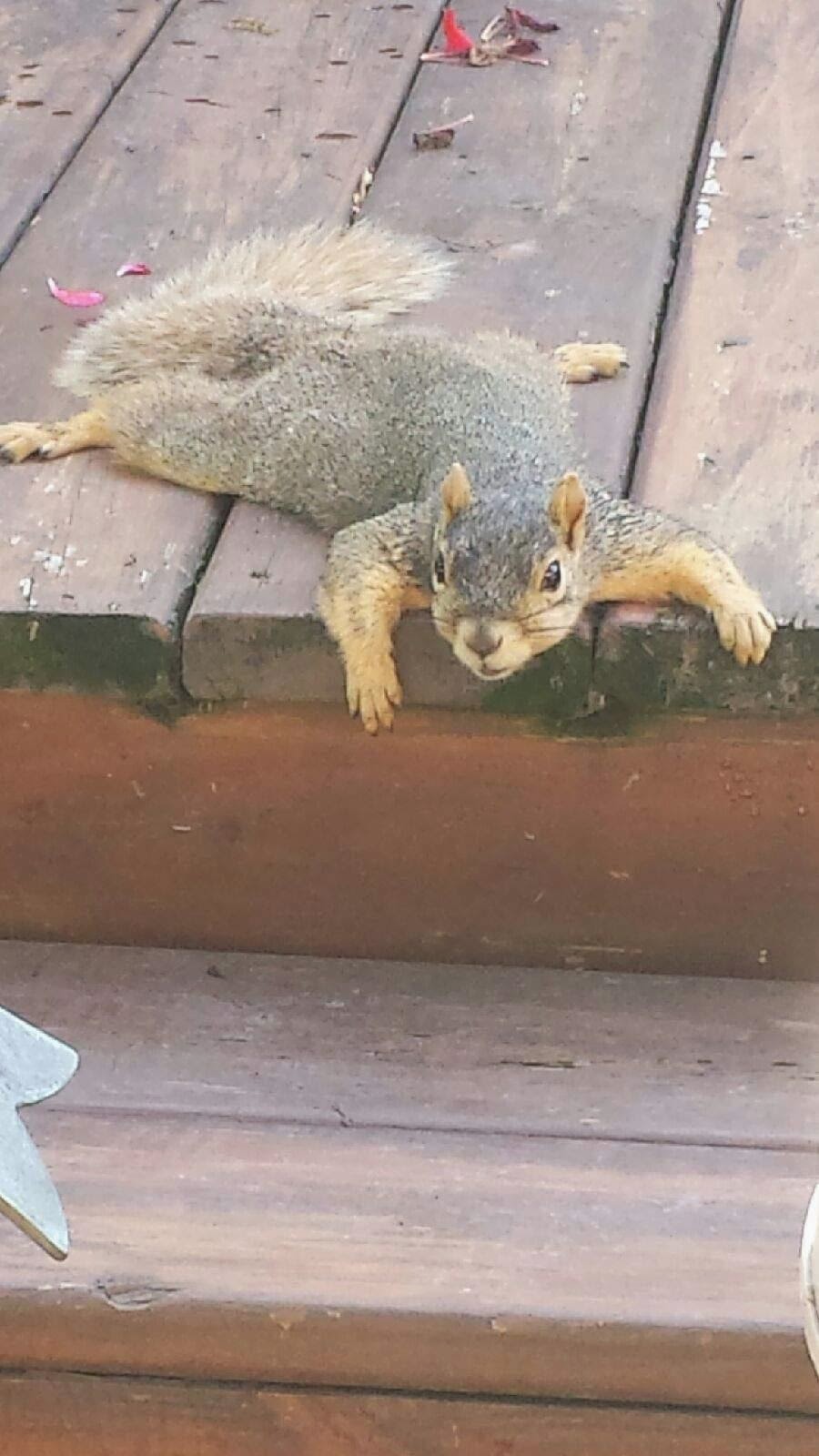 We are sparkling conversationalists so I don't blame him for lingering.

Nothing new on the collecting front...the Stewart Warner R-192 radio I've got on my radar is a rare bird, and nothing else strikes my fancy at the moment.