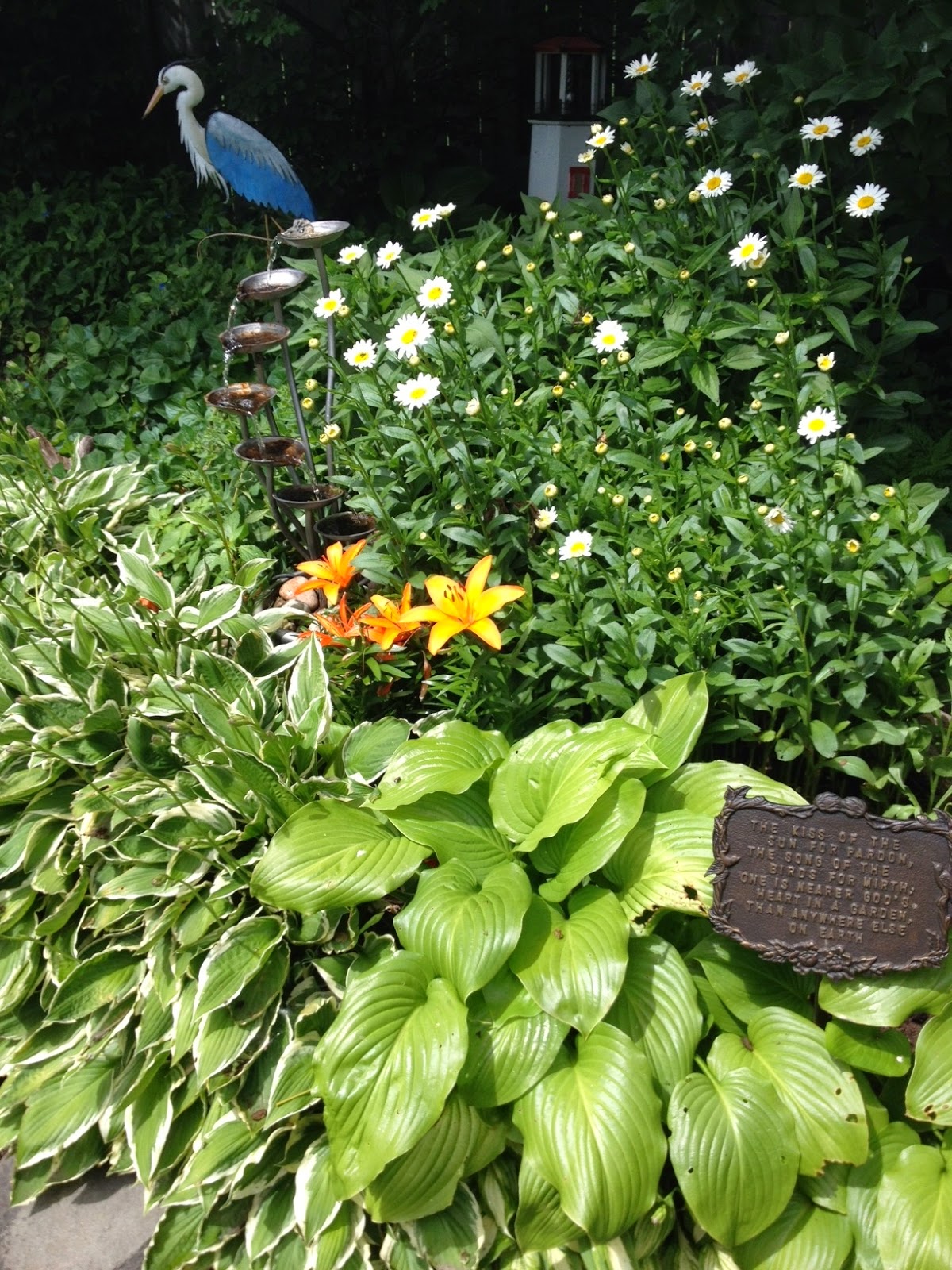 ...but feels like late fall...temps only in the low to mid 60's today, cloudy and windy.  At least it still looks like summer in the backyard as the above pic shows.  Love the daisies, lilies, fountain, and heron.

So I checked with Bob Adams of www.ronsonrepair.com and he was able to identify and find the ultra cool Great Gatsby lighter for me.  As mentioned in my previous post, it's called the Classic Jumbo lift arm lighter, and it was made in the 1920's in England.  Here's my very own Gatsby lighter: 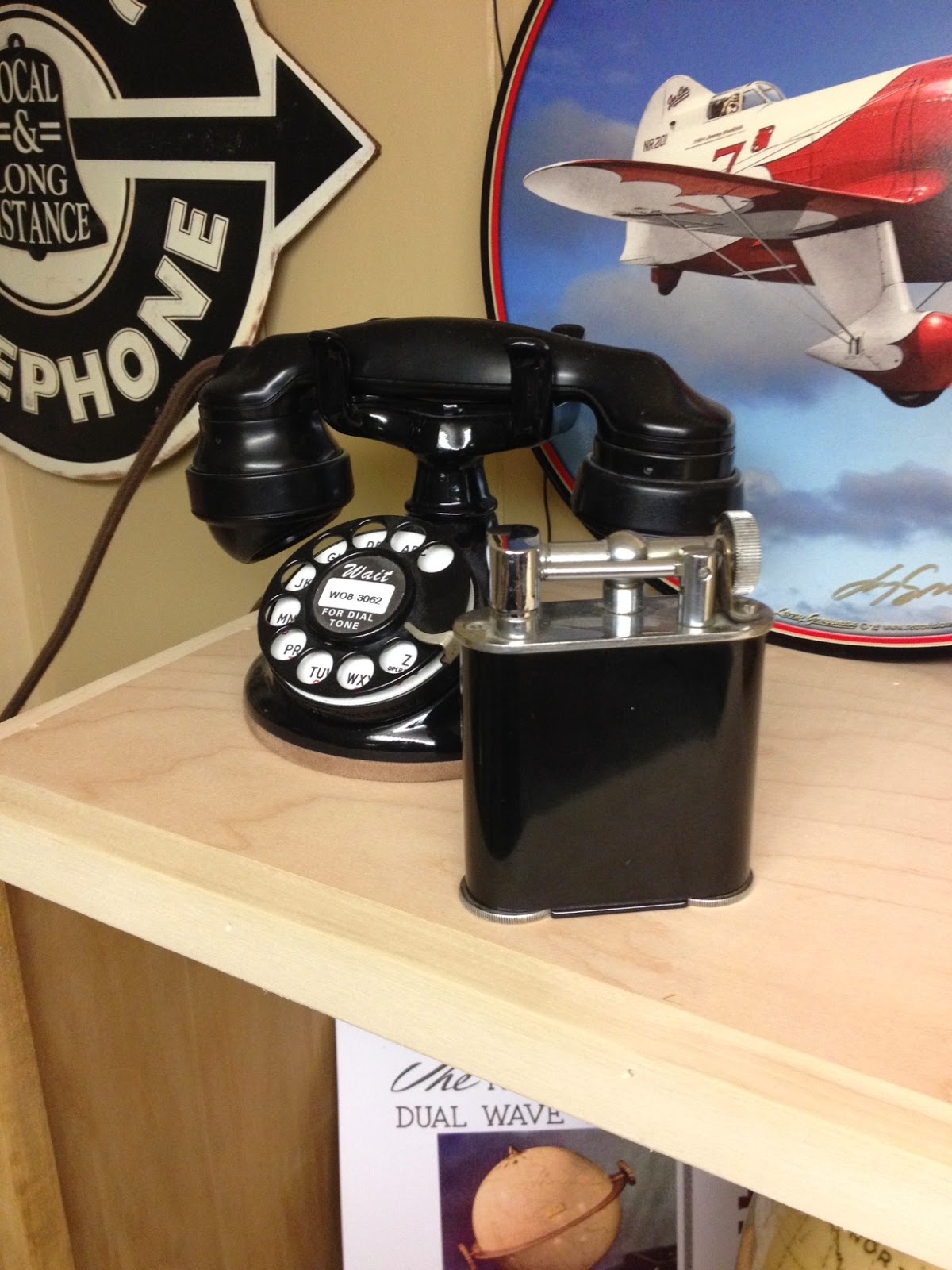 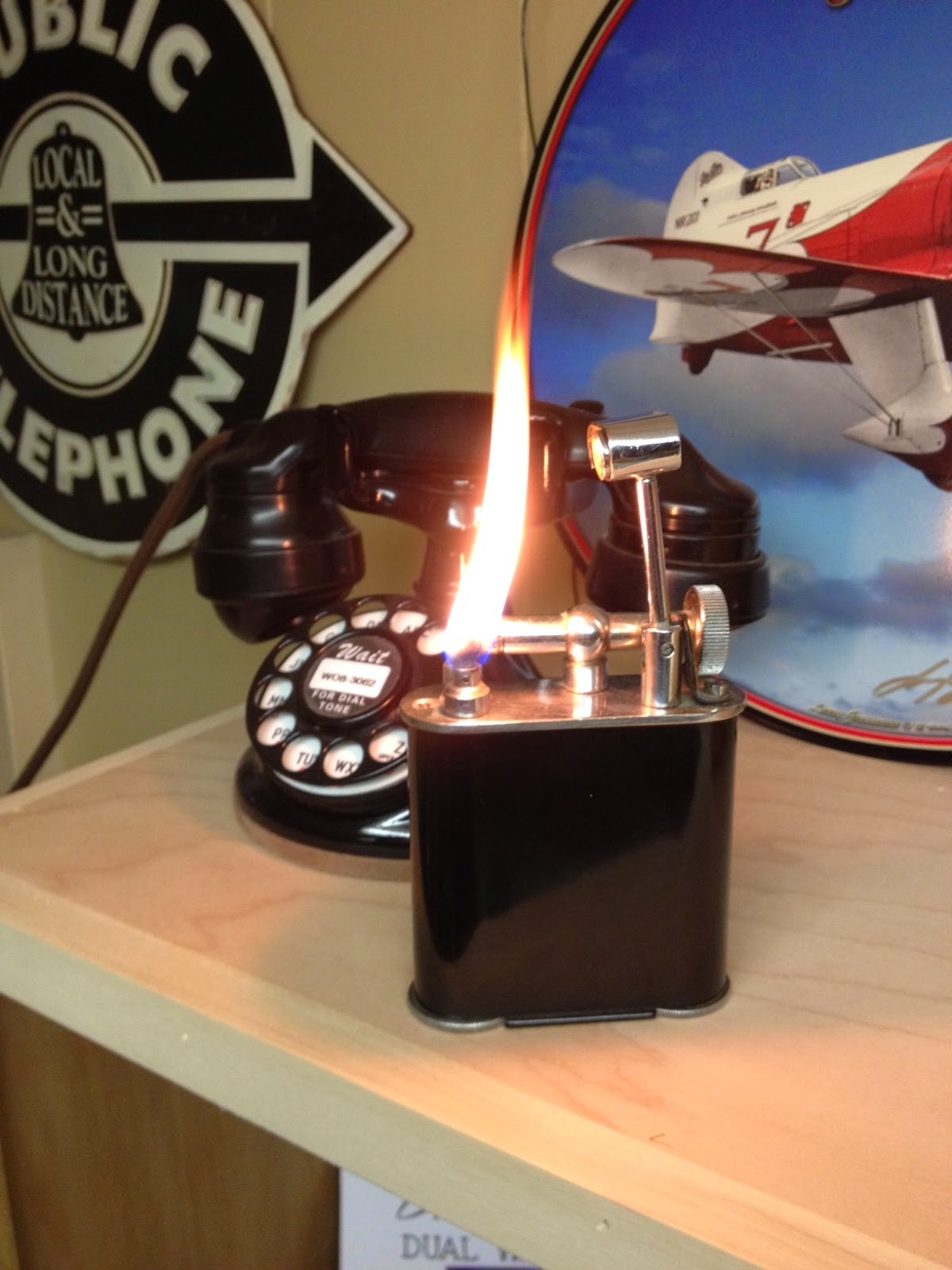 I've asked Bob if he might be able to change the finish from black lacquer to a brown walnut...I think that would class it up, but it's spectacular either way.  I figured it looks appropriate next to my 1927 desk phone...the 1930's BeeGee plane is a bit anachronistic, but vintage nonetheless. 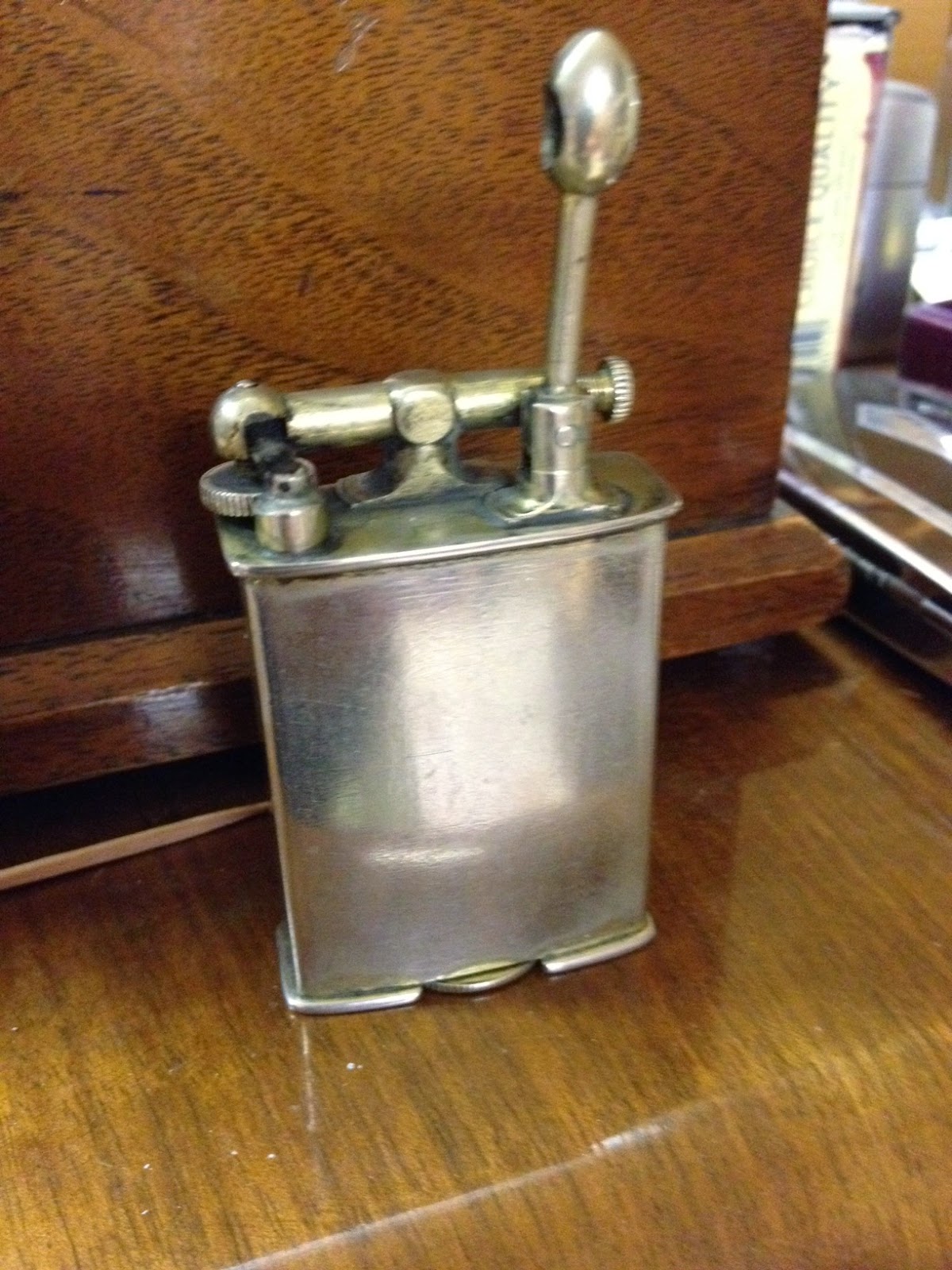 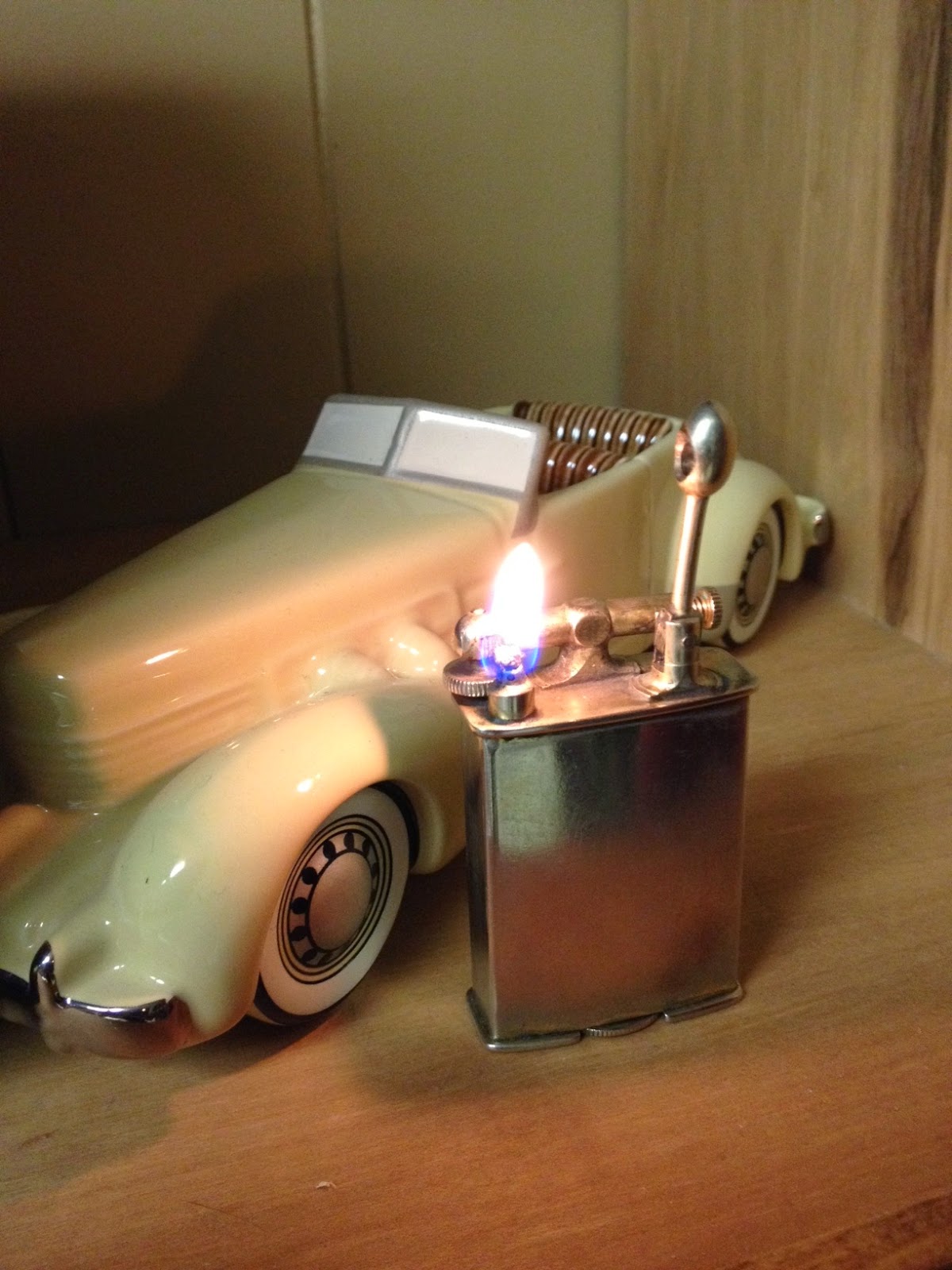 So I'm on vacation for a couple of days, then we'll party like it's the 4th of July, which, when you think about it, it actually will be.

To celebrate, my #5 son, Benjamin, is coming up from Ohio for the weekend...just going to hang out and chill in the backyard...no big plans other than relax, watch some movies, enjoy good food, cigars, and sparkling conversation.