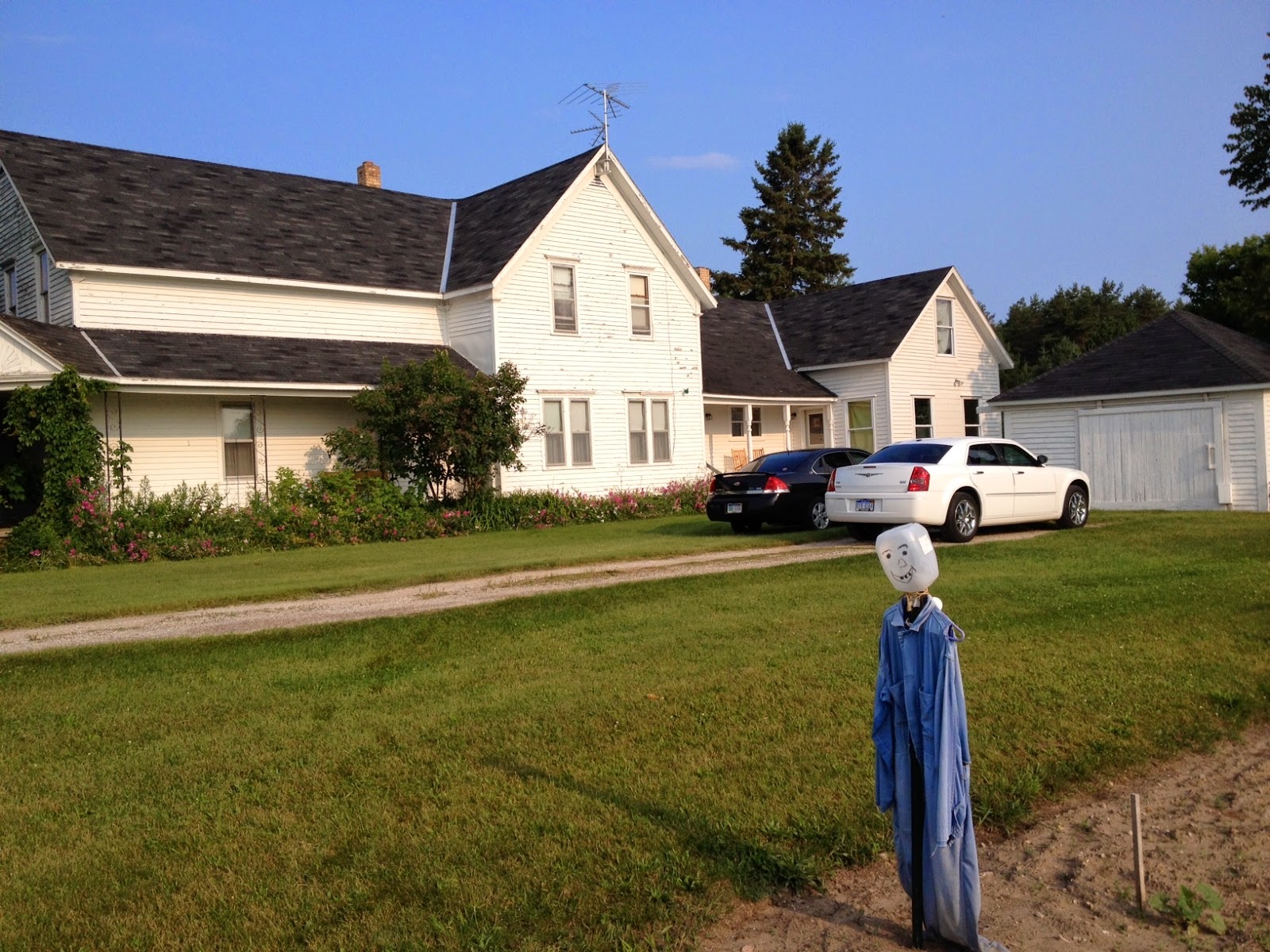 Well, almost...we trekked north to Rogers City this weekend for the end of their Nautical Festival, and Karen's uncle...
...let us stay in the family farmhouse.  Karen used to sit on the front porch with her grandmother way back in the day, so it was a little bit of a melancholy trip down memory lane for her.

No, that's not one of the walking dead photo bombing the farmhouse pic; her uncle has several home made scarecrows standing guard over his garden and that's one of them.

Here are some other pics around the farmhouse:

As Tom Jones crooned, "the old house, it's still standing...though the paint is cracked and dry..."

But they do have dish tv now...and Karen's uncle has done a lot of work on the inside to make it nice.  He and his boys use it during deer season as their hunting lodge.  It was really very nice of him to let us stay there for a couple of nights.  He stocked the fridge for us to make sure we had everything we needed to be comfortable...he's definitely one of the good guys.

Besides seeing Karen's relatives we also toured the local museum...they have a room devoted to the 1950's and 60's, so Karen got her picture taken with Elvis...
...and enjoyed a bite at the local malt shop: 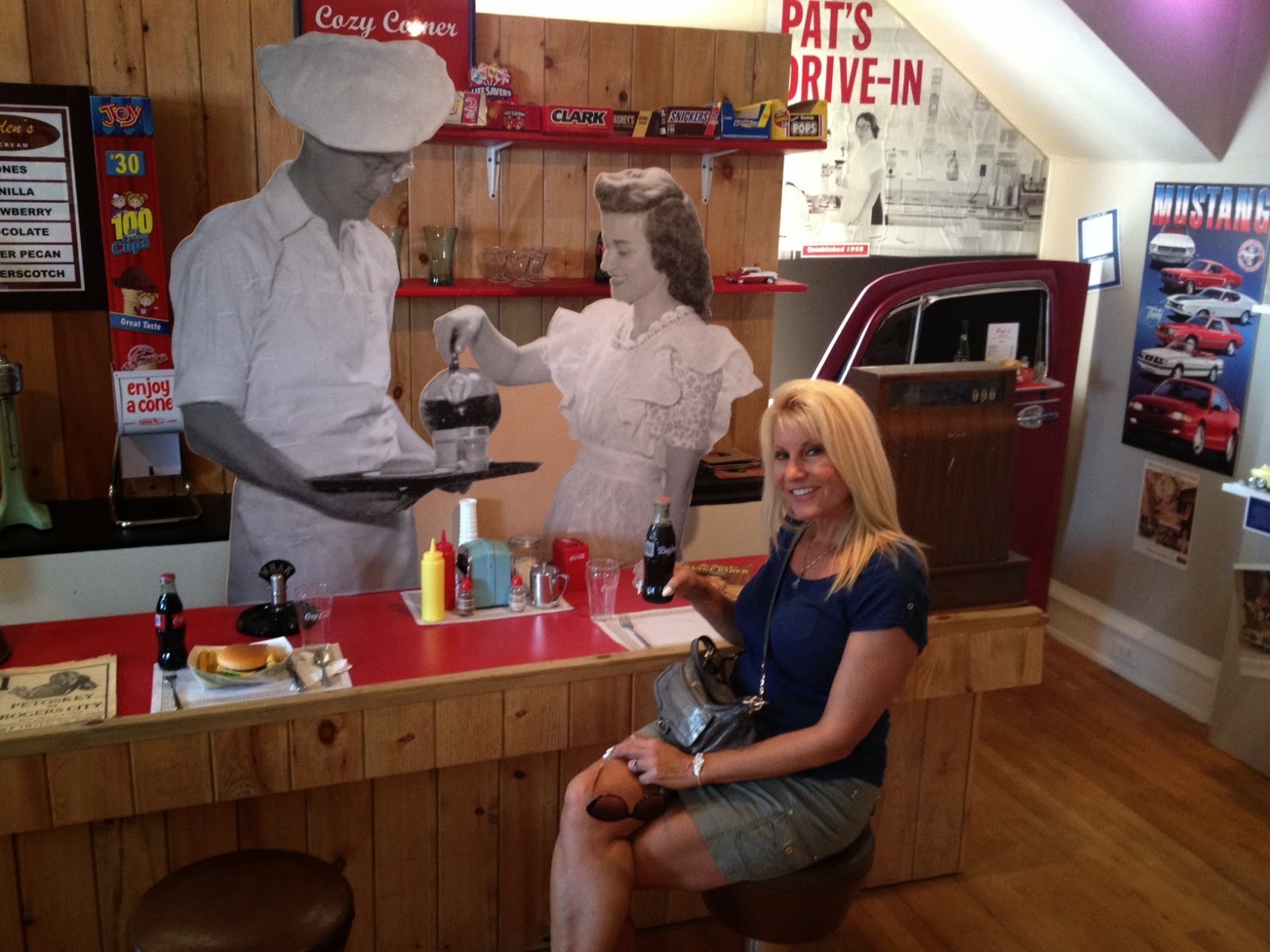 Since fake food isn't all that filling, we stopped at a local eatery, "The Water's Edge", overlooking Lake Huron: 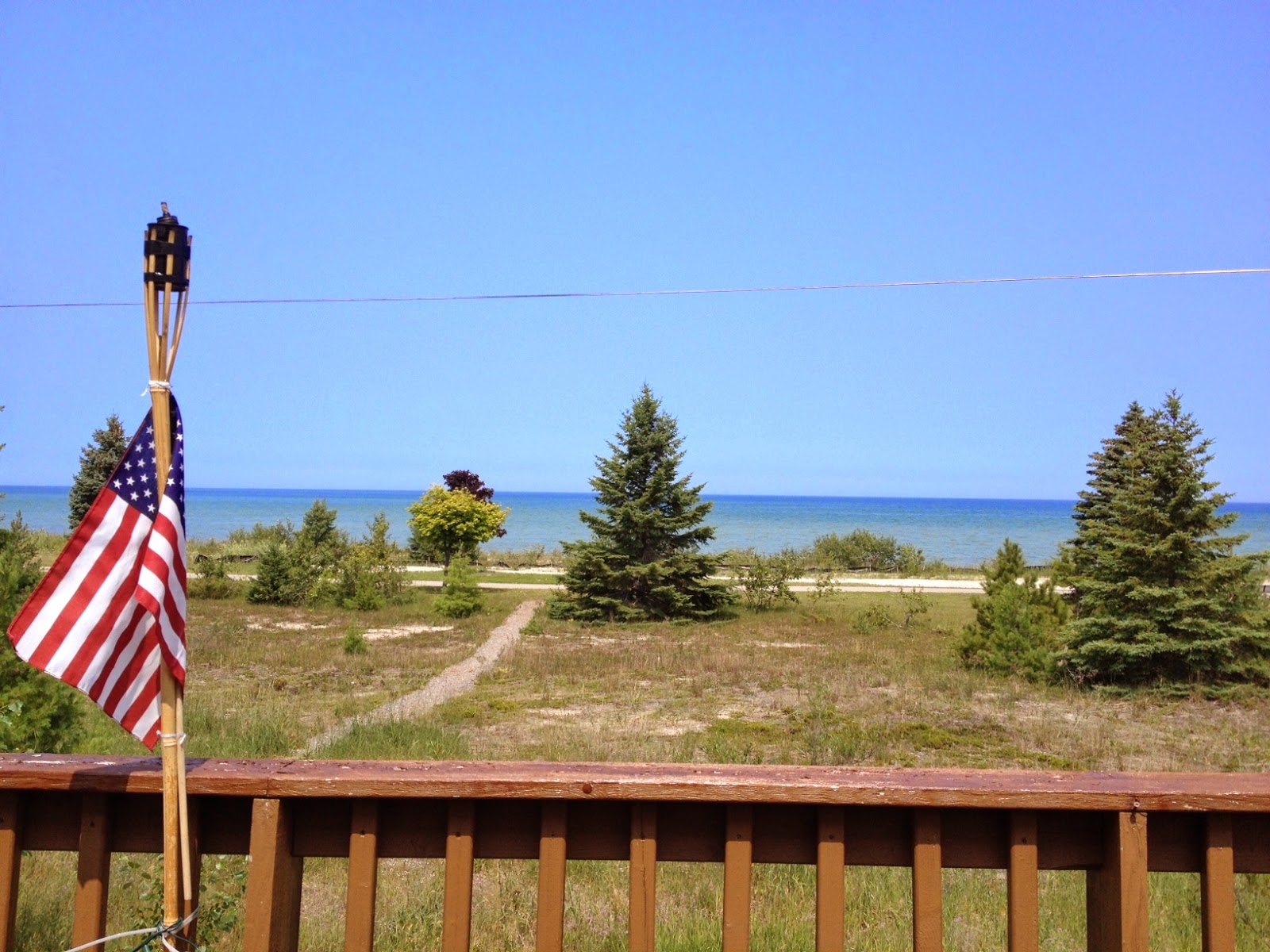 The view from the deck where we ate our meal.  The food was decent, the view good, the company, excellent.

Made it home after 6pm, unpacked, unwound with a drink and a cigar, then put a fire in the chiminea and chilled for a couple of hours.

Tomorrow - Monday - is ostensibly another vacation day, but as long as the salt mine is working I'm on call...so it will really just be a day I'm not in the office.