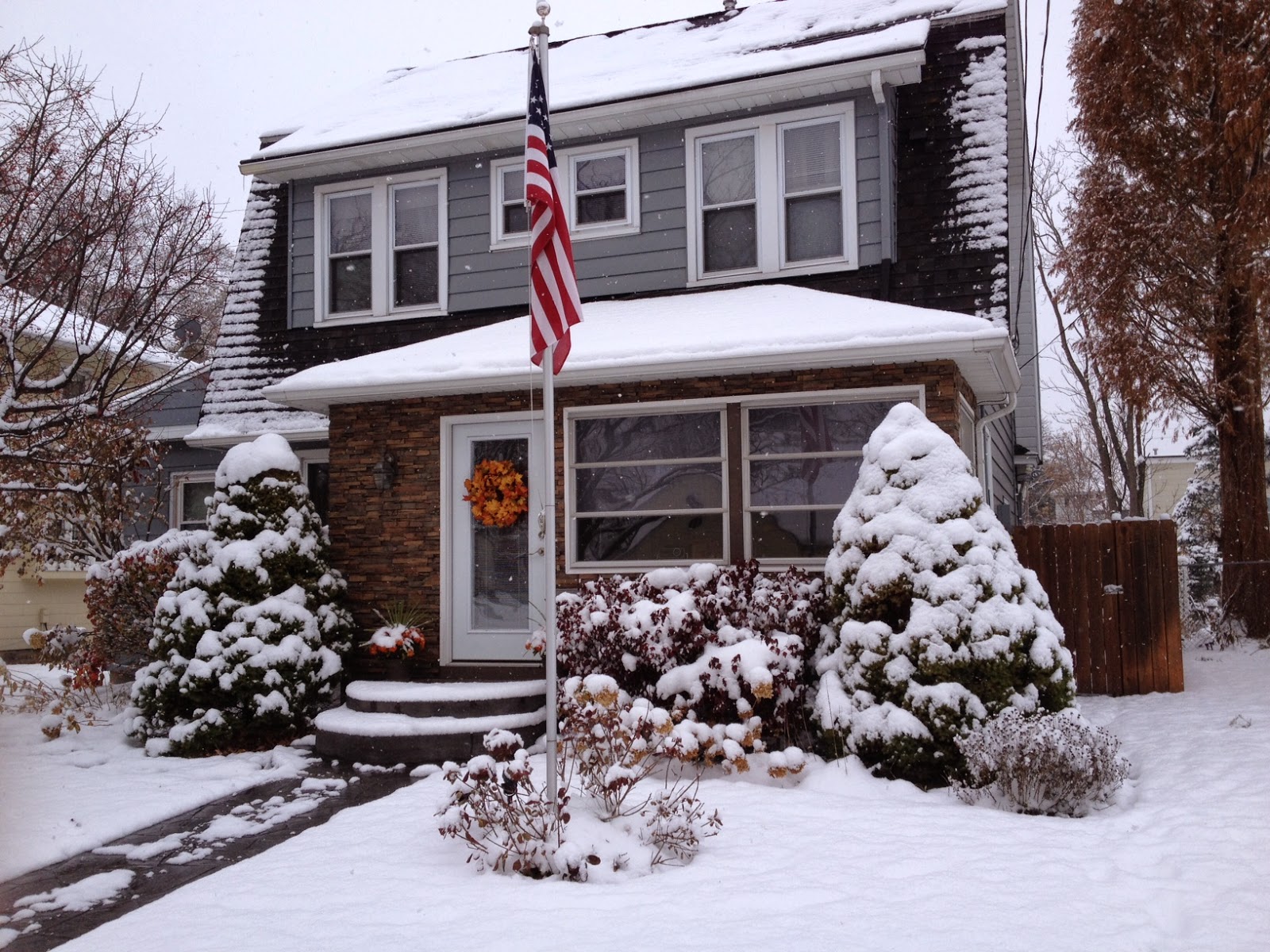 So this past Tuesday was veterans' day...
I hope you remembered to thank a veteran.  As Dwight D. Eisenhower said, "History does not long entrust the care of freedom to the weak or the timid."  A heartfelt thanks to all the strong and brave men and women who have defended this nation.  Thank you, Benjamin!  You're my hero.

This weekend is the start of deer season (gun, not bow), so one of our favorite group of antique stores along Century Ave are having "Deer Season Widow" sales...stayed open late Friday night, so K and I dropped in and browsed a bit.  They're right across from the new train station, and I took a few pics: 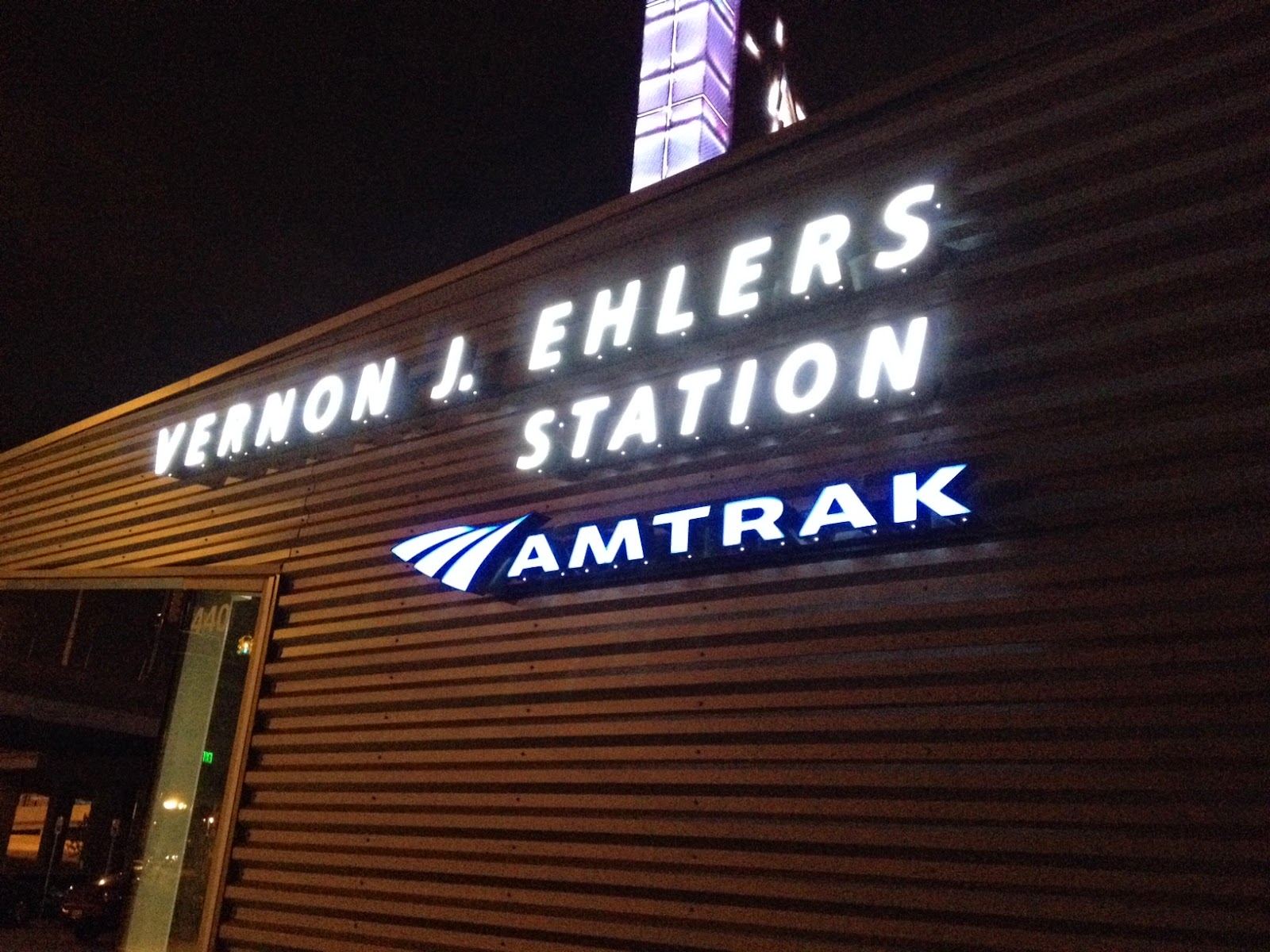 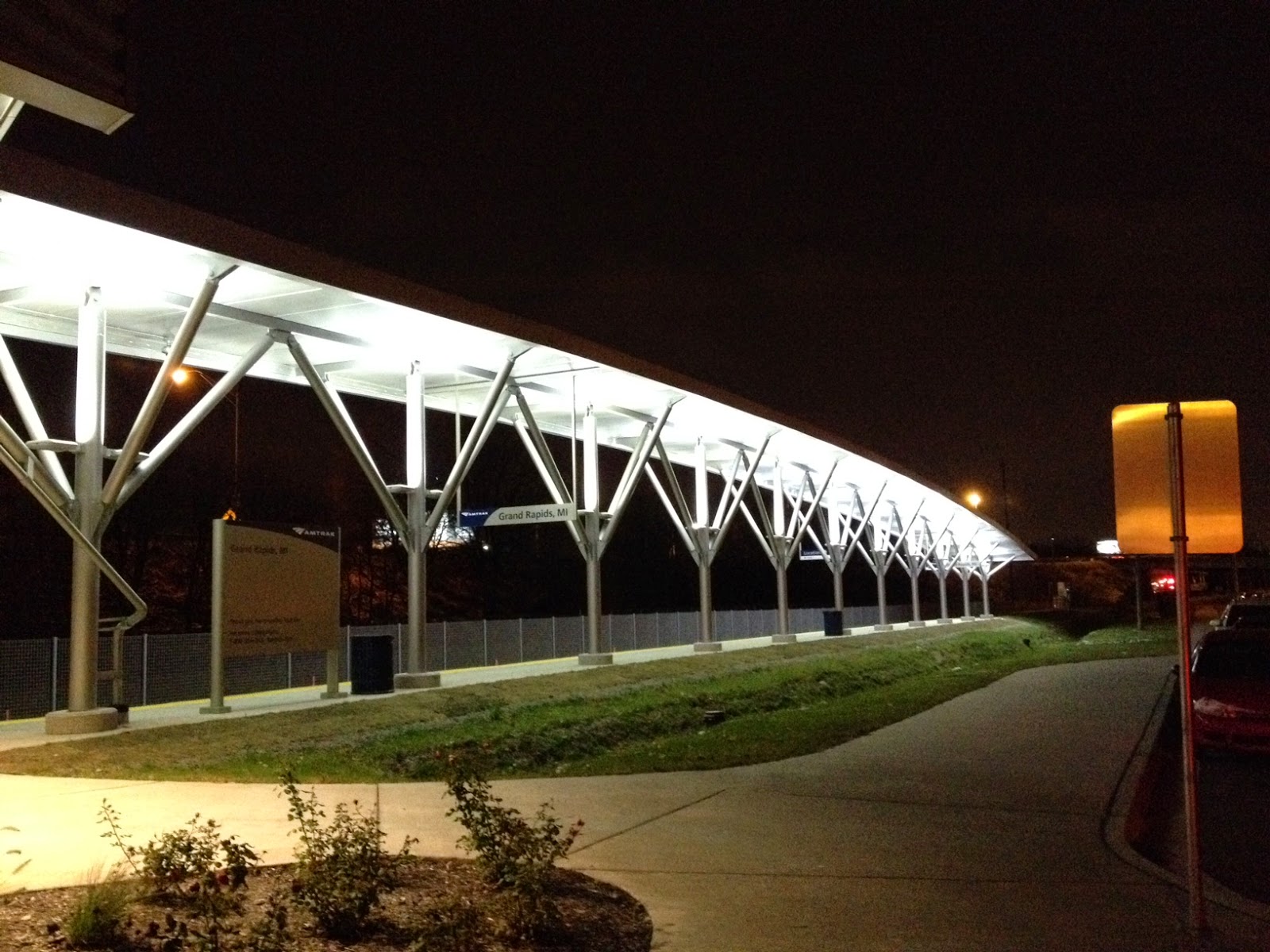 It's humble, but clean and modern...not far from the bus station...it would be cool to be able to get a sleeper car from here to somewhere an overnight trip away, but right now we have to go to Chicago to accomplish that.  Sadly, K's not a fan of train travel...I know, chasing the lost dream of the Romance of the Rails.

Cary Grant and Eva Marie Saint in North By Northwest, anyone? 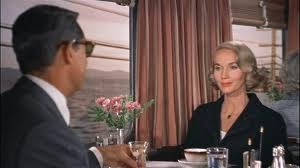 Didn't see anything compelling in any of the stores, but it was still fun...each store had refreshments for the shoppers...cheese, crackers, cookies, chips, salsa...some of the stores had various kinds of beer and wine to drink...didn't even know that was legal in a retail environment.

Glad we bought that mid century modern grandfather clock last weekend b/c it wouldn't have lasted the night...lots of folks out and about...and for all my hedging when we were thinking about buying it, I love that clock now...keeps great time, the chimes are lovely, and it's going to look great in that mcm ranch one of these days.

Feels like winter for sure now...mid-twenties now with more snow on the way tonight...guess Autumn has in fact beat a hasty retreat 4 or 5 weeks ahead of its official exit date, chased off by Ol' Man Winter himself: 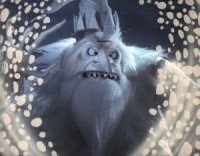 An unpleasant sort, he eventually softens a bit into an almost friendly Seasonal Icon in the claymation story of Santa Claus as told by Fred Astaire, circa 1970.  Ok, so that's a "before" picture, not an "after" picture...but right now, showing up in mid-November, he's both ugly and unwelcome as far as I'm concerned.

Got down to Douglas to our favorite bowling alley/bar, Lakeshore Lanes, and rolled (for me) a pretty good game: 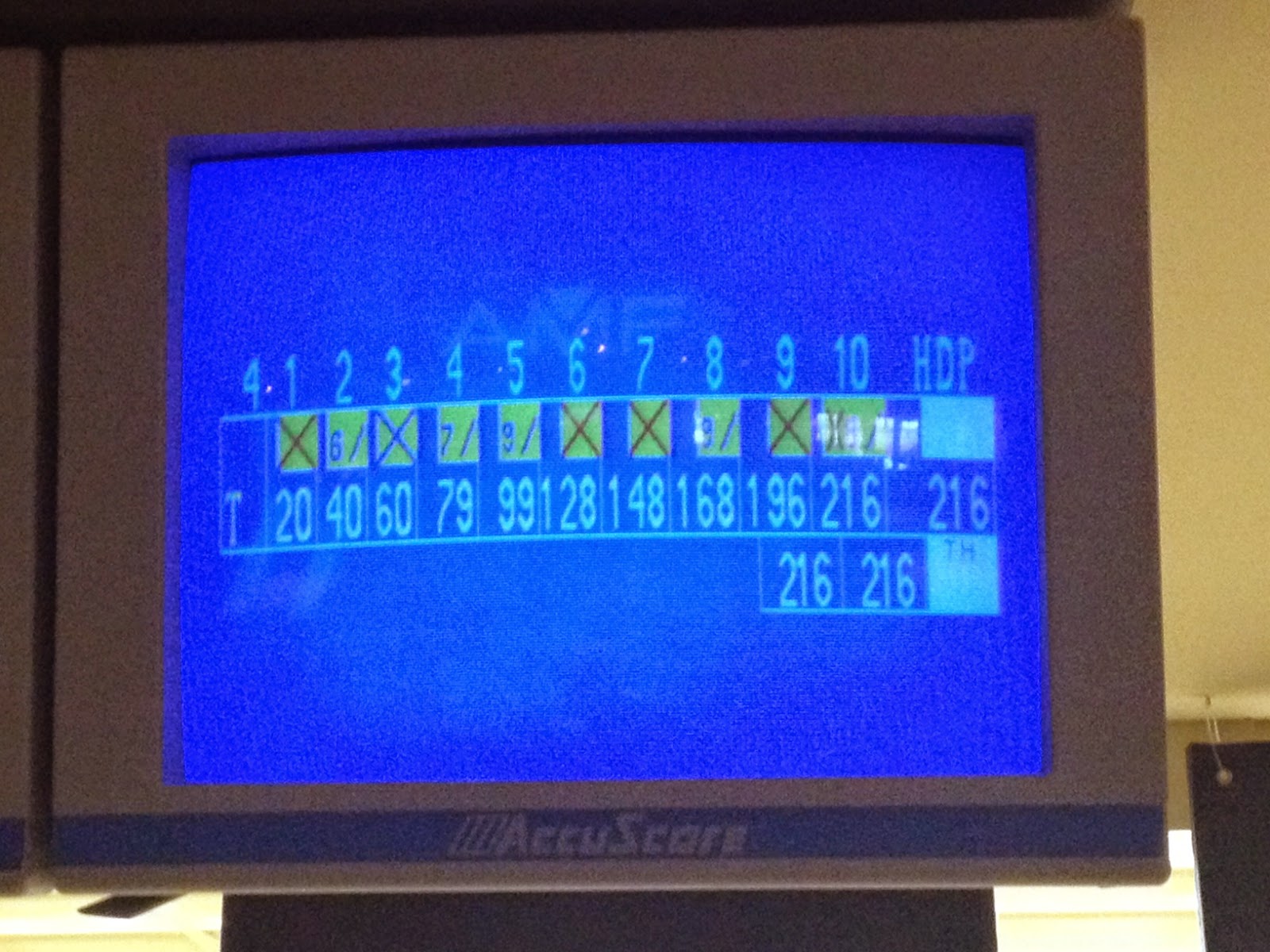 The only thing noteworthy about this, which oddly turned out to be the same score my last 200+ game, is how many times we had to wait for help from the employees there...we changed lanes twice b/c of ball return and other mechanical issues, but apparently the slowdown worked in my favor.  In spite of the delays and interruptions, I managed to avoid any open frames and scored pretty well.

I can hear the sneering of the serious bowlers out there, but K and I do this on average maybe once or twice a month, so I'm happy with these results.  K didn't bowl this time b/c of shoulder problems.

Here's a pic of our leftover Halloween pumpkins, now acting as squirrel food: 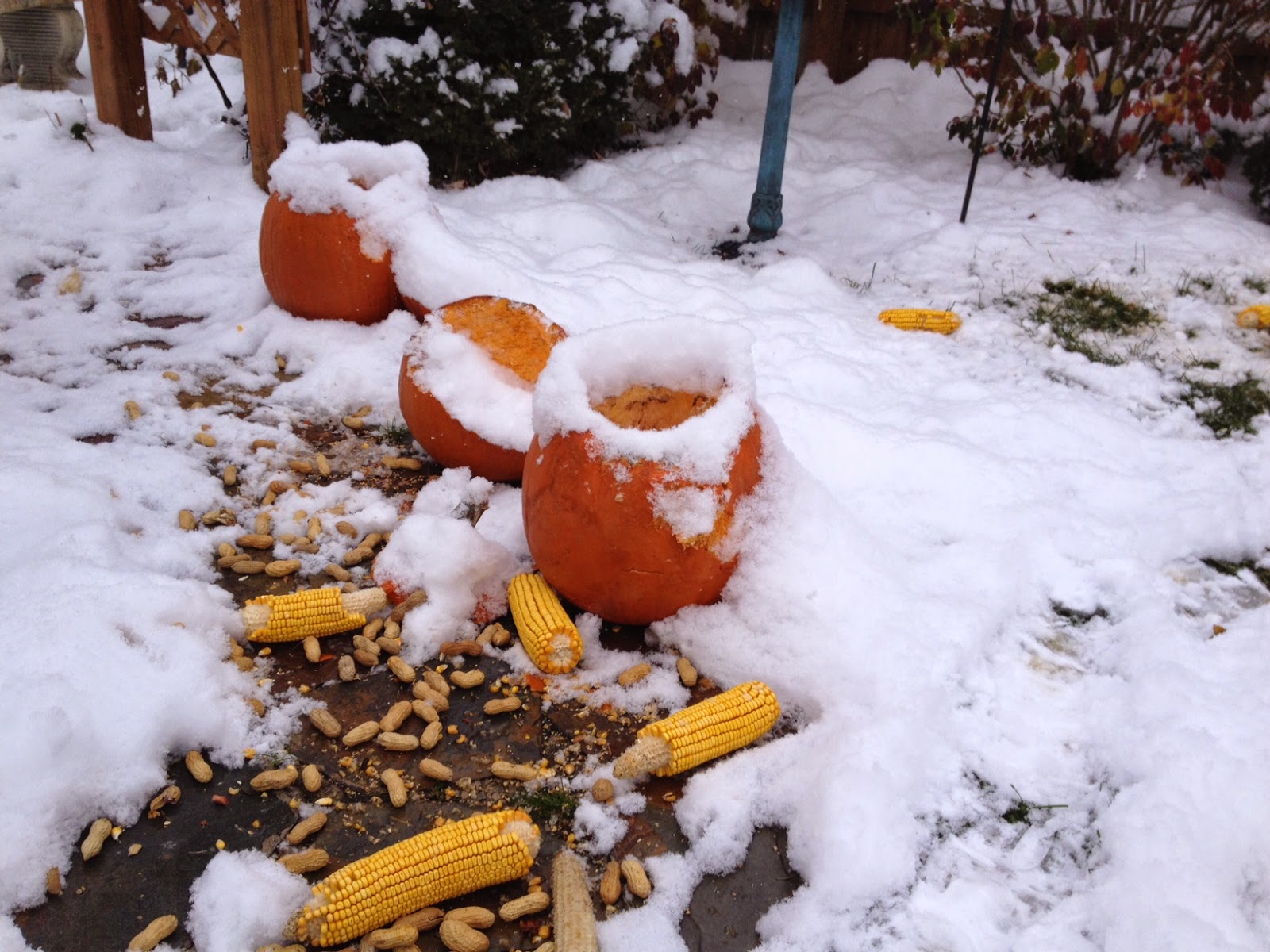 We added some corn on the cob and peanuts to the mix as the woodland creatures fatten up for what is promising to be a long, cold, winter.