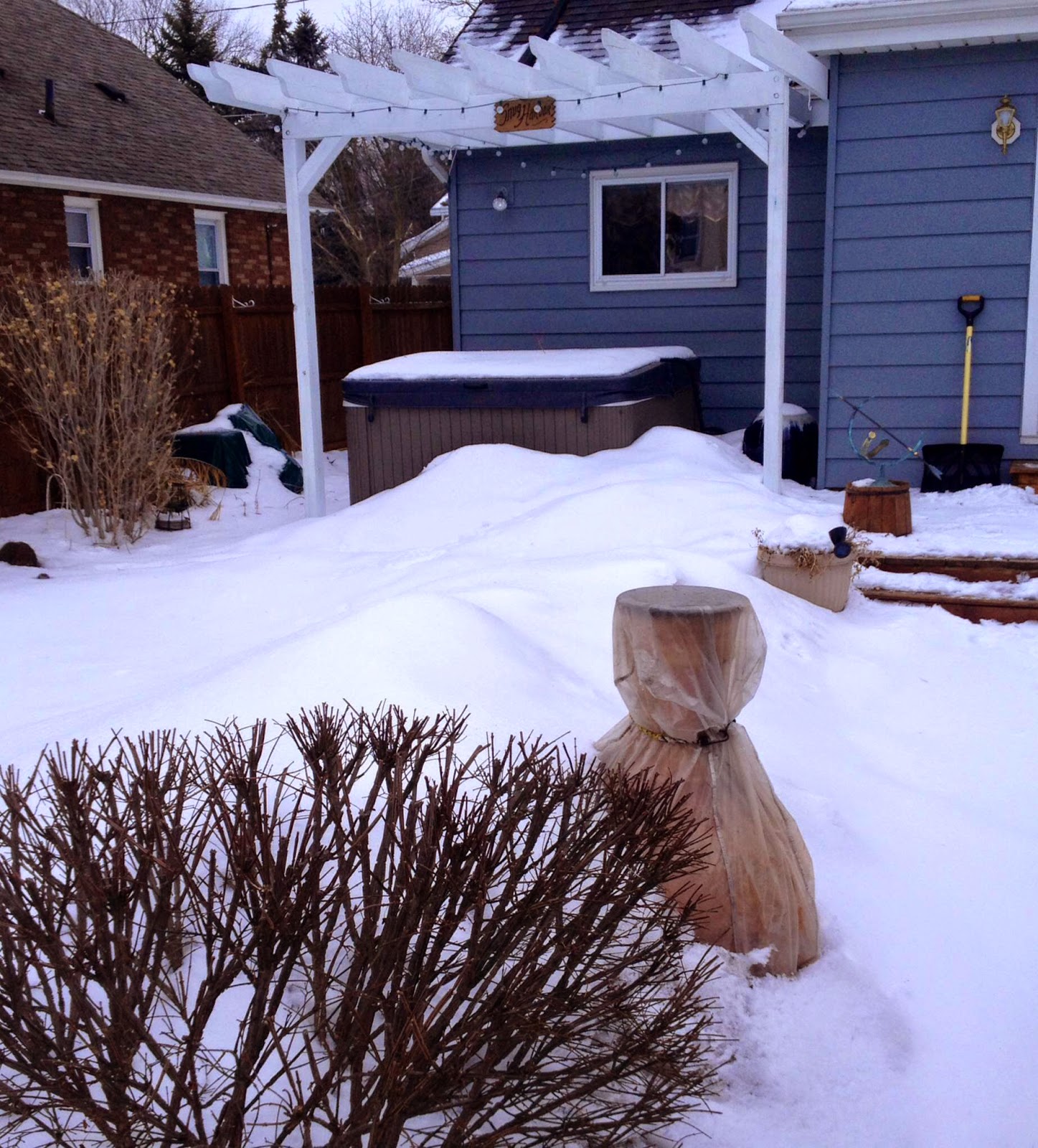 That's my view from my frozen garage - aka "The Frozen Dope Saloon" - as I attempt to enjoy a cigar and a drink and reacquaint myself with the joys of a Michigan winter.  Desert Riviera, we miss you!

Another art deco objet d'art I acquired while on vacation: 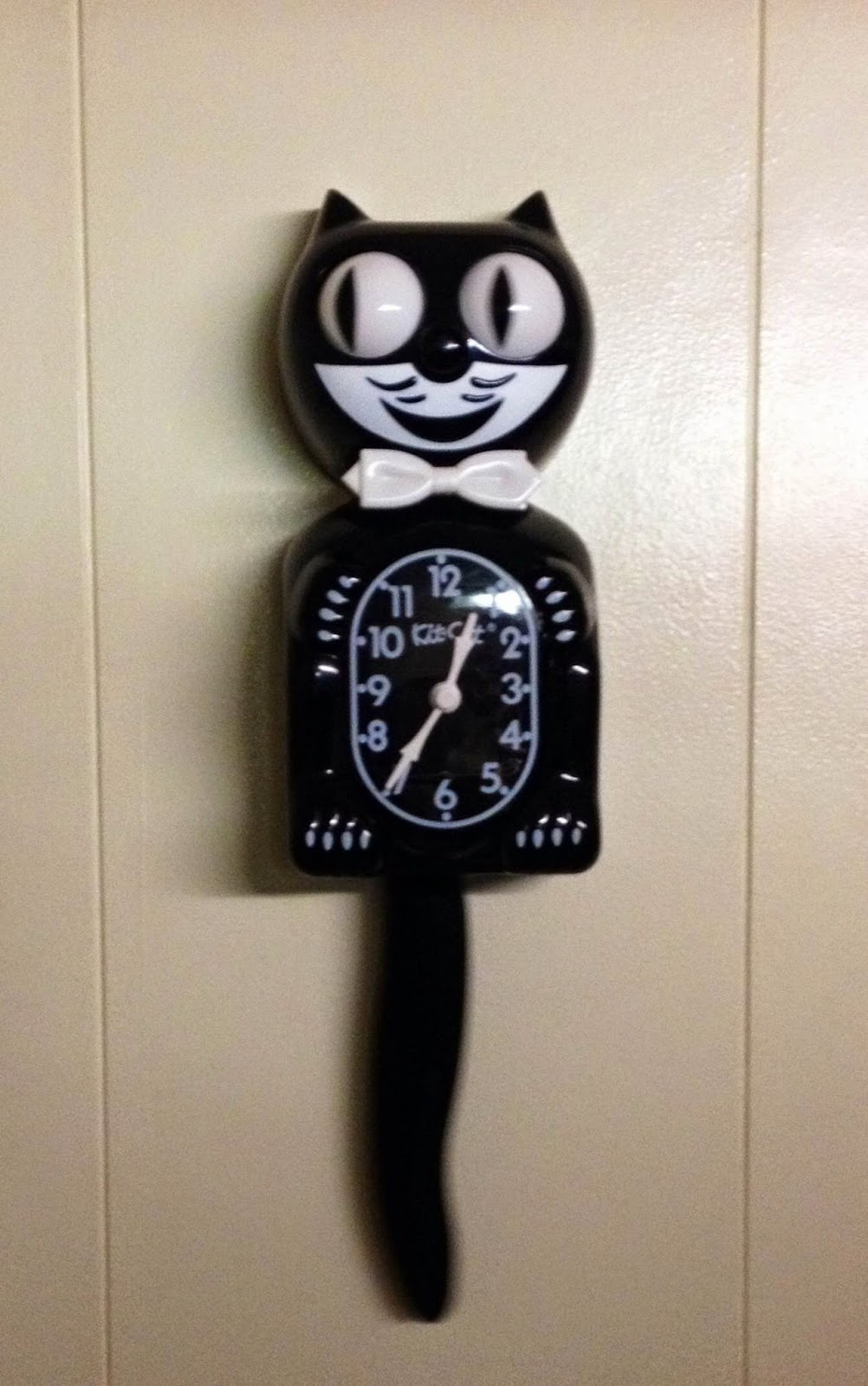 That's a Kit-Cat-Klock, originally produced in the 1930's...this is a modern day, battery powered replica, though you can buy electric ones from the 1950's and 60's on ebay for a few hundred bucks.  Here's a video of him doing his thing on my basement wall:


As we were driving to the airport we stopped very briefly at an antique shop, and found this treasure: 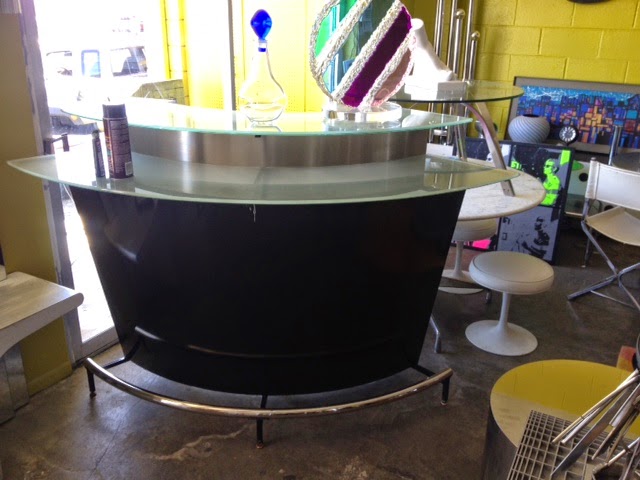 Love the looks of this bar, and seriously thought about buying it and having it shipped, but told the proprietor we'd think about it first...at the moment it looks like a no go...but eventually that's what we want next to our future bowling lane.

Our flights home were ok, but we did have some excitement in Chicago...the flight to Kalamazoo was overbooked, and we volunteered to be bumped in exchange for a free hotel stay and meals, plus $1000 in travel vouchers...but they changed gates 3 times in 2 hours, and a number of passengers didn't make it to the final, correct gate...so in the end we were able to fly out as originally scheduled...got home around midnight.

It's tough climbing back in the saddle, but I've worked my way through tons of emails, had a couple of conference calls, and turned the clocks forward just to add to the accumulated misery of going back to work.

Oh well, I'm happy to be employed, just sad that I forgot to be a millionaire somewhere along the way. 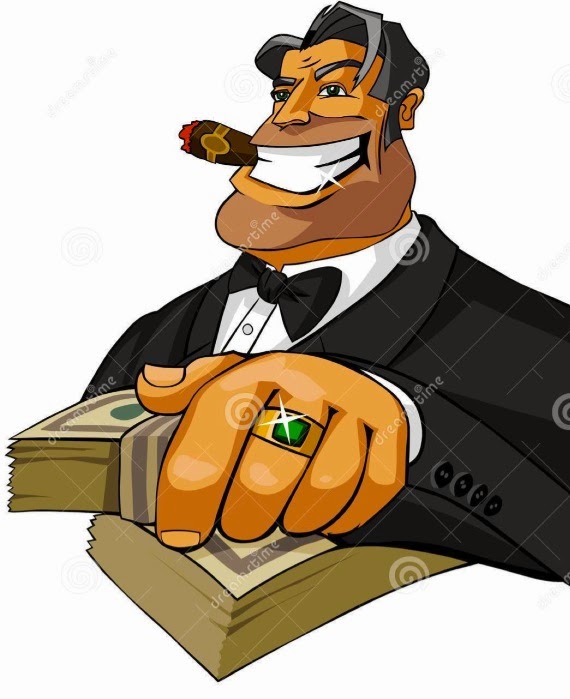