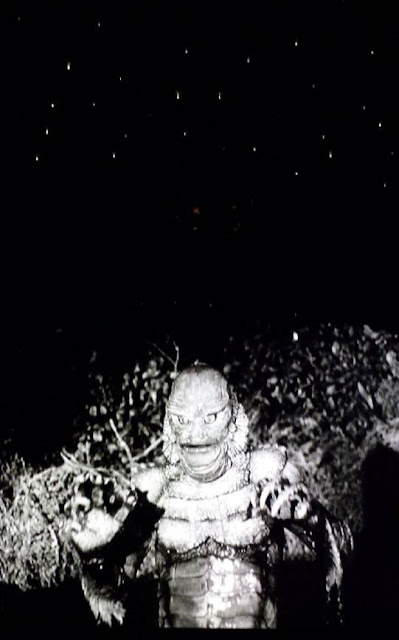 ...Feature...specifically, "The Creature From The Black Lagoon", 1954.  The twinkly stars at the top of the picture are not from the film...those are the led "star lights" in our humble theater room...a nice effect I always turn on whenever I'm watching a movie.

We enjoyed this one Saturday night...unbelievably, Karen had never seen it...but she has seen (and adores) "The Seven Year Itch" with Marilyn Monroe and Tom Ewell...and the Creature has some face time in the most famous scene from that movie... 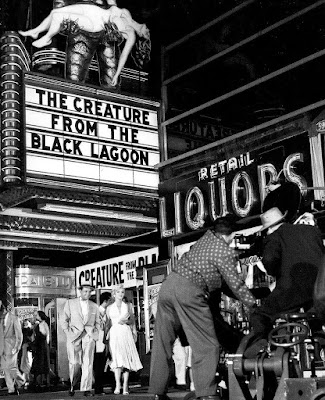 Marilyn and the dorky Mr. Ewell are walking away from the theater - having gone there to escape the stifling New York City summer heat - after just watching Creature From The Black Lagoon - you see it prominently displayed on the theater marquee - and Marilyn remarks how she feels sorry for the Creature...just before the scene where she stands on the subway grate and the updraft blows up her skirt...if not THE most famous American movie scene, it's certainly in the top 10. 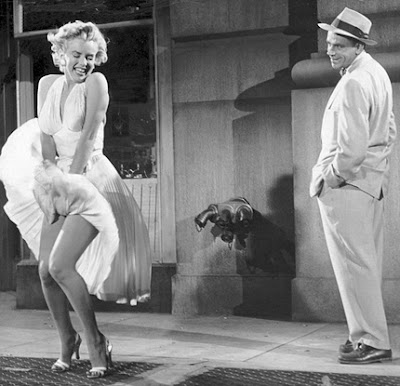 So Saturday we watched the Creature do his thing, for no other reason than to round out Karen's cinematic education...it's a good flick and holds up well, 60+ years later.

Saturday was supposed to be a 90+ degree day, but an unexpected mid-morning storm put the kibosh on that: 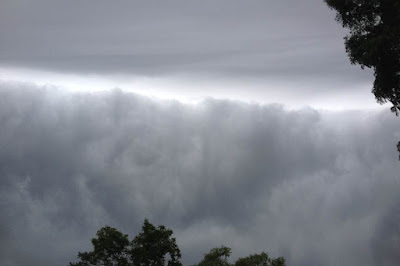 That's the thunder boomer rolling in from the west...45 mph winds and lots of driving rain...dropped the temperatures 15 degrees, and even post storm we never did hit 90.

But the warm temps and humidity have helped our gardens grow: 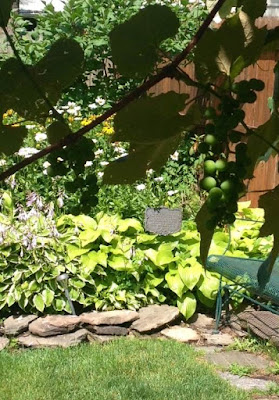 you can see the green grapes in the foreground...we've got lots of them this year. 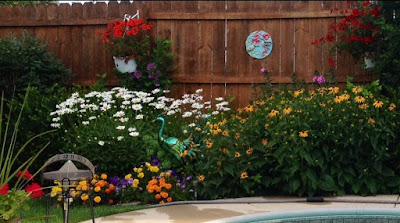 ...and the daisies and black eyed susans are finally in full bloom, side by side next to the pool.

Email ThisBlogThis!Share to TwitterShare to FacebookShare to Pinterest
Labels: creature from the black lagoon