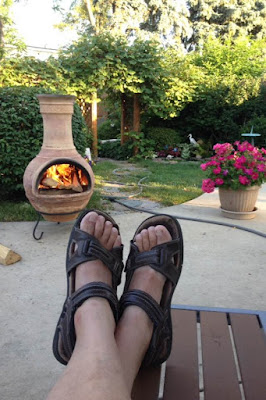 I've decided that is a more appropriate moniker than Father's Day since basically we end up being fodder in the overall scheme of life.

Take your choice.  Oops; the cynic in me is showing.

So a couple of weeks ago we passed June 6, the anniversary of D-day.

This was the view at work for soldiers on Omaha Beach on June 6, 1944: 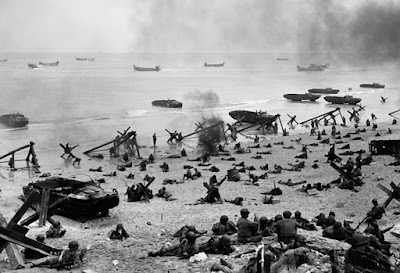 See the difference?  Brave men giving their lives in defense of our nation.  Another day at the office it was not.
Though it is little solace, I am forever grateful.
Because of their sacrifice and others like them who followed in their footsteps, I was able to enjoy a peaceful weekend.  Karen's handiwork in our backyard is now in full bloom, and it's like being at a tropical resort.

That's a panographic view from this morning...so things aren't in proportion but you get the idea...from the deck to the pool it's all flowers and lush greenery everywhere...very relaxing.

Made some progress on the fourth Papa's Model T story...getting proof copies made then it's off to the editor so she can bleed all over it with her red pen.  Hopefully ready for prime time, such as it is, within a month or so.

I'm always an odd mixture of happy and disappointed whenever I finish a story.  I enjoy bringing them to completion but always feel they're not as good as I wanted them to be when I started.
Creativity combined with self-flagellation; very rewarding.

This is supposed to be a blog focusing on, or at least mentioning occasionally, mid century modern themes...but I realize I've had virtually nothing in that category on here in a very long time.

House hunting for our mcm gem has stalled, and I haven't collected anything of interest lately.  Most of my creative urges have centered on writing the PMT books, and those involve time travel to the 1920's, a decidedly art deco decade.

So in the interest of at least paying lip service to the original intent of this blog, here's a gratuitous picture designed to assuage my guilt and your mcm desires. 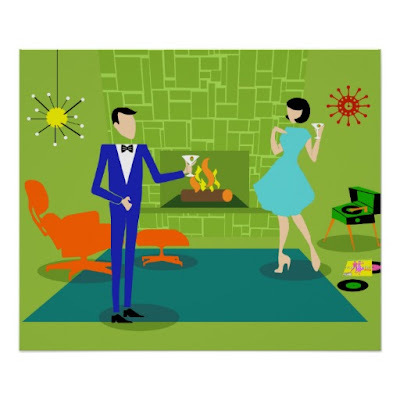