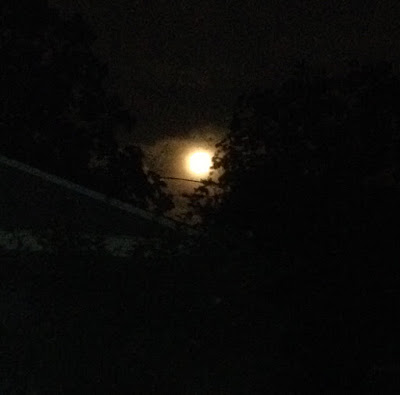 ...of the silvery moon...except this ain't June...just a Friday night shot of the rising moon over the rooftops.

So I guess it's the remnant of 2016's harvest moon since the equinox happens this week on Thursday, September 22nd.

Either way it's been beautiful the last few nights...always amazes me to look up and realize we actually sent humans up there almost fifty years ago. 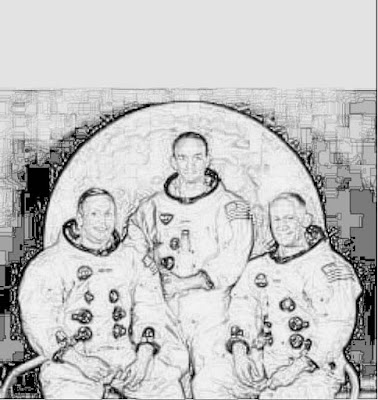 If you'd asked me on July 20, 1969 when Neil Armstrong did his "one small step for man, one giant leap for mankind" thing - which I watched as a 12 year old on Chebeague Island with my engineer dad who used to work for Thiokol in the 60's - I'd have told you we'd have colonized the moon by now.  Fifty years?  Plenty of time.

File that under the same heading as Back To The Future's vision of what 2015 would be like with flying skateboards, cars, etc.

This past week we had a farewell lunch for our WMS project manager Annette...a few lunchtime pics at Wild_Hare Manor: 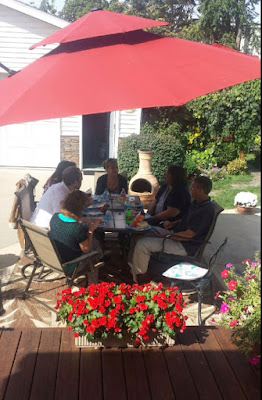 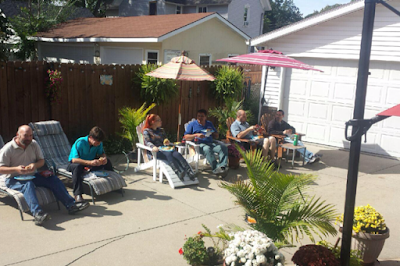 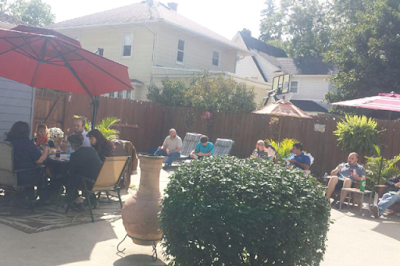 ...missing from these pics is John Van Dyke...ironic, since he's the senior member of our team and the one who came inside and suggested it would be a good idea to take some...

Another Kris Walworth original drawing on our work whiteboard...this one celebrating the onset of the autumn season: 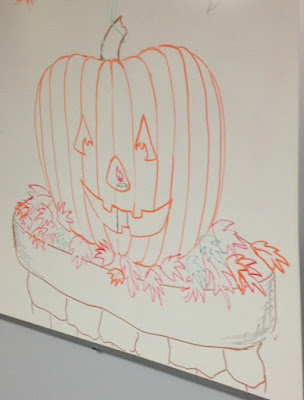 So this weekend we called a truce on the Garage War...truth is we're winning and within the next couple of weeks we'll have a) junk removed b) expendable good stuff given away, and c) good stuff we're keeping put away and everything in its place.

Saturday we awoke to rain...I trekked to Allendale for breakfast with a friend, then Karen and I did the martinis and bikinis thing once Mr. Sun showed up in the afternoon.

That night we watched "Now, Voyager", a popular movie from 1942 starring Bette Davis and Paul Heinreid... 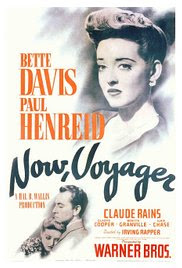 ...can't hold a candle to Casablanca.

Today flew by without getting much accomplished...thinking about putting in a vent free fire log set in our fireplace in the family room...drove to Watsons on  29th street where we bought the last one currently in our basement...and they don't sell them anymore.

After striking out on that we just chilled in the backyard, ending the day with a fire in the chiminea... 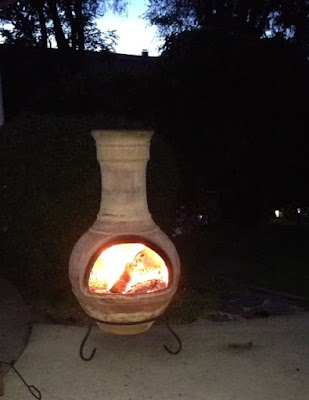 [* not an actual promise.  some exclusions apply.  valid yesterday only.]