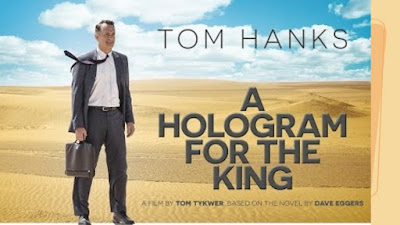 ...For The King...this is a quiet little movie that came out earlier this year...my sense is it slipped in and out of the theaters with little fanfare.  I know from browsing IMDB reviews it was not well received.

Now I don't usually start a blog entry with a movie review...but this one intrigued me enough that I rented the DVD and gave it a look... 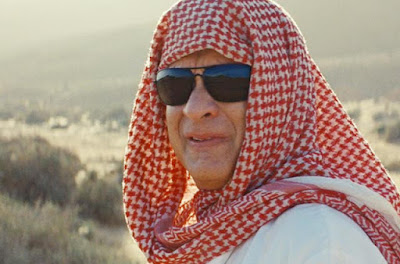 ...and it's considerably better than most of the reviewers said it is.  Some of the criticism centered on the unlikelihood of an aging American businessman falling in love with an older Saudi female doctor who's going through divorce... 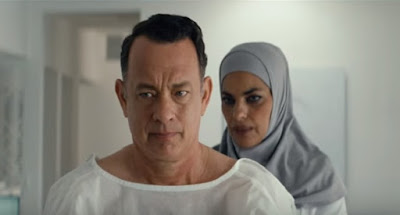 ...the idea being the strict muslim culture with its abusive treatment of women would never allow for such.

And I admit there is a somewhat forbidding overtone to the movie, as if at any time things could turn dangerous, even deadly for the American in a humorless culture known for its extremist, terrorist actions around the world.

Thankfully that's not what the movie is about, so if you're looking for two hours of grim reality, watch a documentary.

This is a Tom Hanks movie, for crying out loud, and he delivers his reliable product.  It won't change your life, but it will make you think, and it's an interesting peek inside the challenges of an American trying to find his way both professionally and personally in a very different culture.

I liked it and will watch it again...you might want to give it a look as well.

The other movie we watched this weekend is Genius... 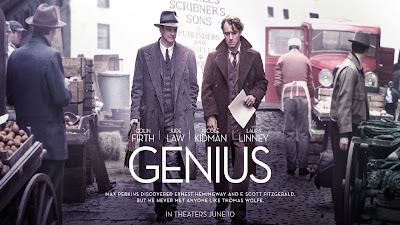 ...highlighted by an astounding performance by Jude Law of all people, as the brilliant, doomed writer Thomas Wolfe.

I'm a native Texan, and though I willingly relinquished my southern accent in grade school when we moved north, I was raised with Southern being spoken in our home daily...my mother was born and raised in Louisiana, and she never lost that sweet drawl that makes listening to a cultured southern lady so entrancing.

So when I heard Jude Law, he of English extraction, would be playing Thomas Wolfe, the bombastic southern genius from North Carolina, I had my doubts.  Few things grate on my nerves more than an inept imitation of a southern accent.

An English guy with a southern drawl?  Fuggedaboudit!

I am amazed.  Jude Law's performance as Wolfe is Oscar worthy and this period piece movie held our attention from beginning to end.  Colin Firth does his usual excellent turn, this time as editor Max Perkins who edited both F. Scott Fitzgerald's and Papa Hemingway's masterpieces, and successfully reigned in Wolfe's expansive writing and cut it down to marketable size. 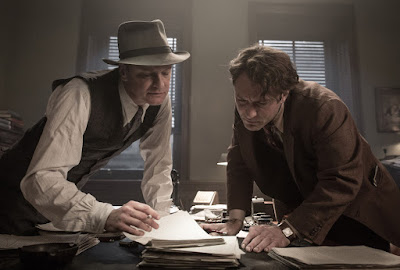 Obviously I'm a fan of literature and early 20th century Americana, so admittedly this movie is in my wheelhouse...but for pure acting genius, it's worth your time.  As always Hollywood takes some liberties with timelines and events, but you'll come away with a sense of the massive brilliance of Thomas Wolfe, the patient expertise of Max Perkins, and witness a breakthrough performance for the amazing Jude Law.

4 stars on this one. 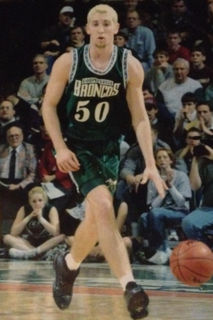 While cleaning out the garage I came across the above...#3 son playing in the state finals back in 2001...Ev's 6'6" and was a very fine three sport athlete...I've always liked this shot of him bringing the ball up the court. 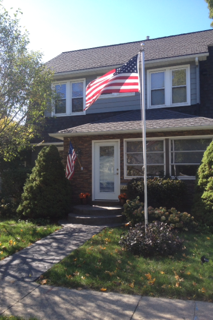 Old glory flying proudly on a sunny day in front of the ol' homestead...blessed to live in such wonderful country, in spite of the choices facing us in the upcoming election. 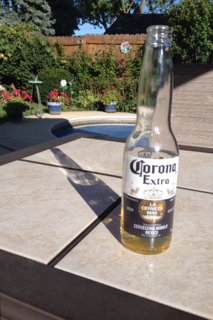 Still the breakfast of champions on a chill, sunny dayspring...liked the shadow cast by my morning libation, set against the autumnal backdrop of our backyard's fading glory.

These next two pics are objets d'art we found while browsing Lost and Found antique store: 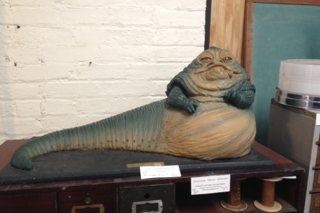 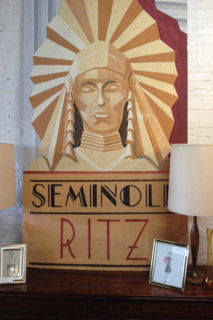 Love the art deco look and feel of this sign.

The following are Art Prize entries: 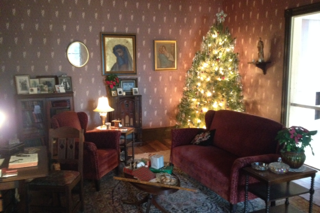 Christmas Eve, 1933...I enjoy history and this room caught my attention. 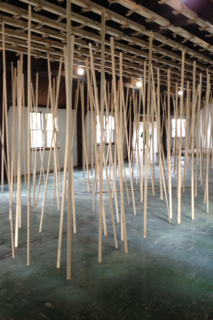 Don't remember what the artist called this...these are hanging pieces of lumber and they move up and down, pounding against the floor yielding a sound like a bunch of clumsy jackbooted thugs tap dancing.  Don't know if it's art, but it's interesting, mildly clever, and probably a lot of work to set up (and take down, now that Art Prize is over). 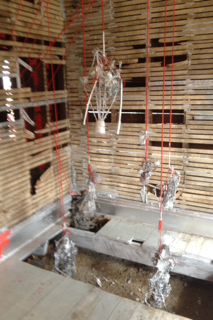 This is just weird.  It's part of a series of displays made in abandoned homes in poor sections of town.  Two months ago it was urban blight, shunned and ignored by everyone.  Splash some paint on the floors and walls, cut away some floorboards, hang various assemblages of random junk, erect a few moderne signs with pretentious, self-important explanations of thematic elements and artists' bohemian intent and voila:  "Aht".

Yes, I know...I'm too bourgeoisie, too rooted in mundane reality to comprehend...alas, if only I had a few more - or at least the right kind of - IQ points...

Much to do before the onslaught of another work week, so off to the many tasks at hand.