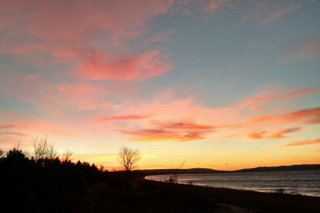 ...of November...and to calm my nerves after Upgrade Sunday followed immediately by Fallout Monday, a friend sent me this pic of the view from his camp up north.  He's there for opening day of gun season...hope he gets his venison. 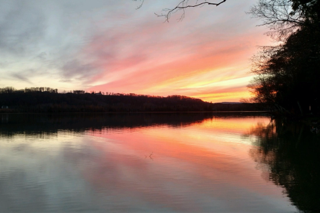 Repainted the midcentury modern cats we had hanging on our wall before we put the stone facade up...they look pretty good now: 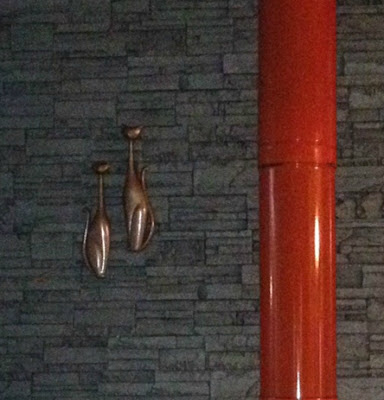 Here's the wide angle view of the above pic: 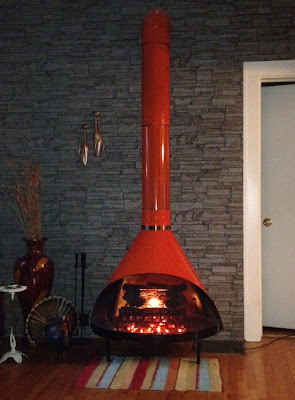 Watched "The Shallows" the other day...the shark movie with Blake Lively... 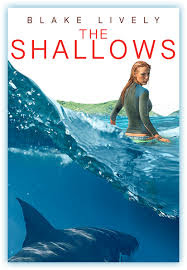 Not a bad flick...Blake Lively does a very credible job as a strong, resourceful person in a deadly situation...the ending - spoiler alert! - how Mr. Shark meets his welcome demise - is completely unrealistic...but you root for it anyway.

Heard from Larry - the friend with the camp up north - no Bambi today, just red squirrels...trying again tomorrow...hoping for deer meat manana.

For no particular reason, a pic of Bronko Nagurski, my favorite football player of all time...

From the University of Minnesota in the 1920's to the Chicago Bears in the 1930's...a bruising star in any era, the man was a block of granite on legs. 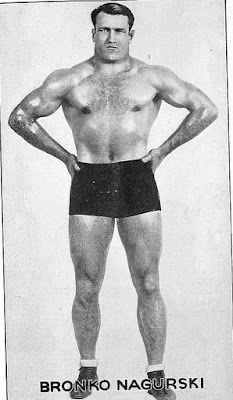 Remember, this was before the era of weight lifting.  He worked out and trained of course, but he was naturally incredibly strong.  They used to say if you wanted to know the path he took on his way to the end zone, just follow the trail of blood.

To supplement his income - professional athletes weren't always overpaid prima donnas like they are now - he began wrestling while he was playing football.  At one point he was both the heavyweight wrestling champion of the world and the best player in pro football.

When he finally retired from pro sports and moved back to Minnesota he opened a gas station. 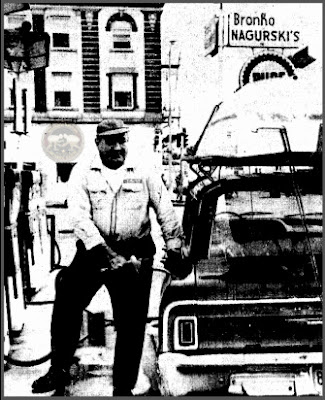 This was of course back in the days of full service, so you could have the greatest football player in history come out and pump your gas for you.

Rumor had it he was so strong that when he tightened your gas cap after filling your tank, no one else could unscrew it...so you had to go back to his station next time you needed fuel.