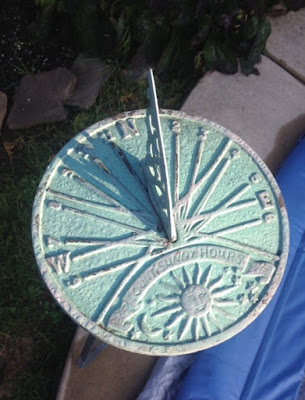 ...to Standard Time...spent an hour messing with clocks last night...falling back an hour, changing batteries, etc.  One clock I didn't have to reset is our trusty sundial...this morning at 9:15 I checked and it was covered in dew but right on time...how convenient.

The clock that took the most time is my beloved grandfather clock from the Colonial Manufacturing Company in Zeeland...at least they used to be there years ago: 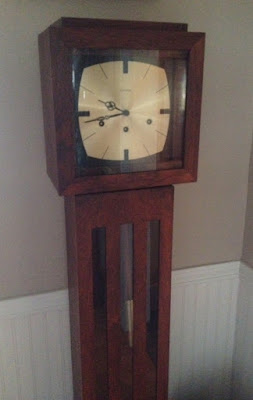 That one chimes on the quarters and the hour, and I had to move it forward 11 hours...that's 55 separate chimes to "fall back" one hour...worth it of course...it's an 8 day clock movement, it keeps flawless time and looks great doing it.

We're having stone put on one of our living room walls this week, so here's the "before" pic: 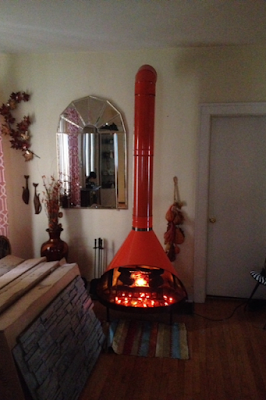 I'll have the "after" pic later in the week.

Naturally I took Mr. T out for a spin... 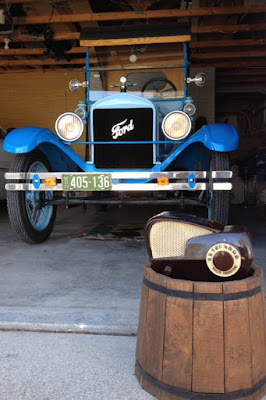 Big fun as always...don't know why I love driving a model T so much but I do.

So Halloween de-decorating is complete, all packed up and stowed away in the garage...pulled out our one lonely portmanteau of Thanksgiving decor...not a lot there, but we do have Indians and Pilgrims: 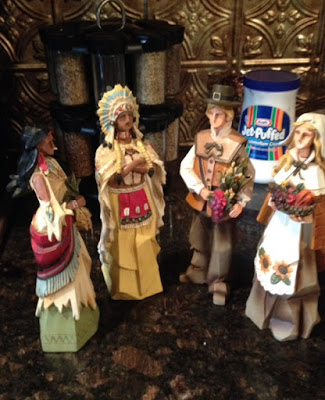 Not sure if they had Jet Puffed marshmallow creme back in 1621 Plymouth, but you have to admit it's good stuff.

We've got a cornucopia and a few other items, but I've also added this turkey to the mix: 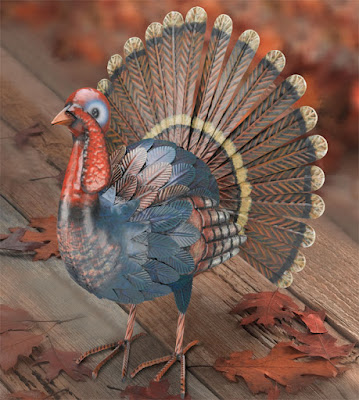 I really like the way Tom Turkey looks and am happy to have him as part of the family.  Plus, since he's made of metal he's inedible so he'll be around for awhile... 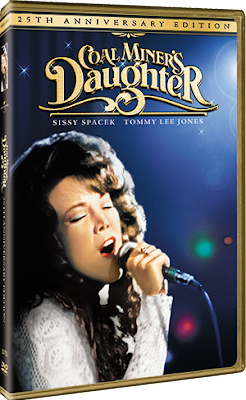 The most amazing thing about the movie is she did all the vocals...one of those talented folks who could have made it as a singer as well as an actress.

Tonight's movie will be Eight Men Out, the story of the 1919 Black Sox Scandal: 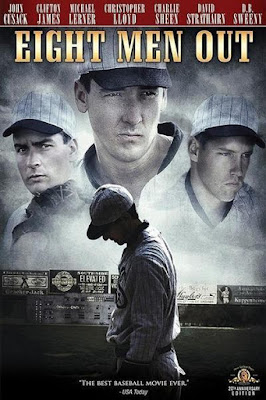 I touched on this scandal in my 5th Papa's Model T book, The Tin Goose.

That's about all the news that's fit to print on this Sunday evening before the most important presidential election in my lifetime...anxious about the outcome, but certain the results are in God's hands.