A Couple Of Posts Ago... 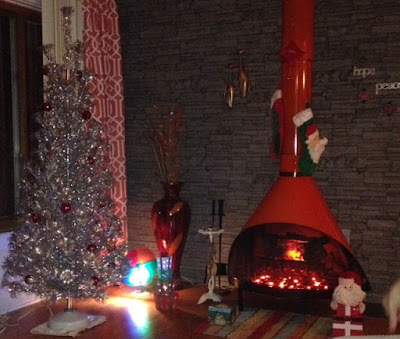 ...I waxed definitive on how my little 4 foot aluminum tree would suffice this year.

As the photographic evidence above indicates, I now stand corrected.  You will recall it was simply too much work to move the big credenza out of the room and besides, I just wasn't that excited about the holidays this year. 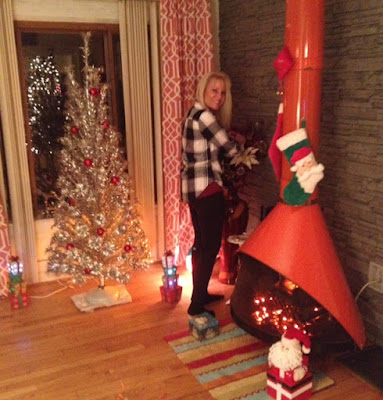 Recall the old axiom "Happy Wife, Happy Life" and nothing else need be said. 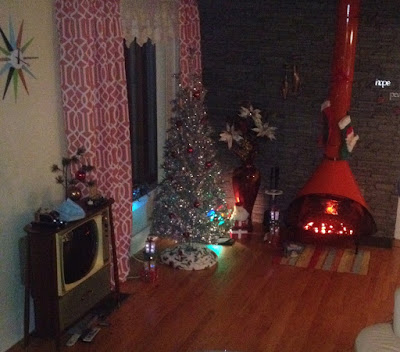 If pressed, I might admit under duress the larger aluminum tree does look better than the table top model.

We haven't crossed the river yet, so I won't be insulting the crocodile right away... 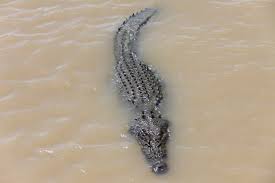 ...but there's no dispute that Cyber Week is always our biggest and most chaotic week of the year...and CW is now in the rear view mirror...and guess what?

Have to give a shout out to Matt Toburen, Director of IT for this.  He planned and executed all year long to make sure this past week could be successful.  Well done, Matt! 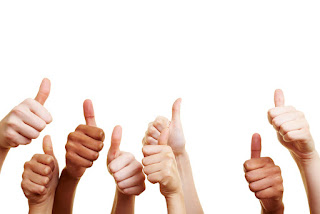 We still have another two and half weeks to go before "peak" is officially over, but the tsunami of cyber week has passed.

Almost - and I did say "almost" - ready to breathe a sigh of relief. 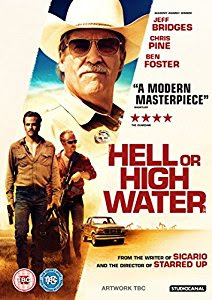 To be clear, this is not a "good" movie...it's rated R for a lot of valid reasons...and they take the Lord's name in vain way too many times...may God have mercy on their souls...

But this is an authentic, gritty, tight, well conceived and well acted film.  Having lived in Texas and roughnecked on oil rigs, I can vouch for the types of characters we meet in this desperate adventure.

Plus the ending is perfect.  As a writer, I know from experience endings are hard...a good story can be ruined by the wrong ending (see "A League Of Their Own" for one of the worst endings in cinematic history [hyperbole mine]).

So be warned: you can't be a wussy Ivy League pajama boy (see the post election "primal screen" at Yale by the puerile "future leaders of our country", God help us) because this movie does not provide any "safe spaces" for you to suck your thumb while you retreat from harsh reality.

But if you're looking for some great acting in a gripping drama, this one is worth your while.  Four stars.

Today has been relaxed but productive...we heard from "The Big Chipper" - the tree cutting service we've used before - that the right time to trim the overgrown bushes in front of our picture window is, well, now - so that's what I did...in a snow storm...followed immediately by my annual task of setting up the manger scene. 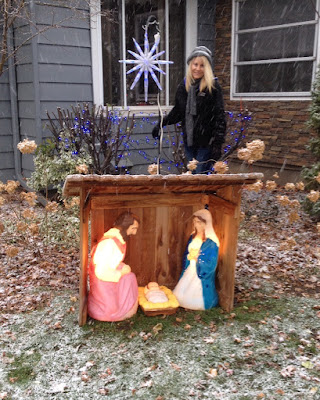 Karen came out and helped...you can see the much smaller bushes in the background.

And yes, that is the actual star of Bethlehem over the manger...at least that's what the guy in the alley who sold it to me said.  Such a deal... 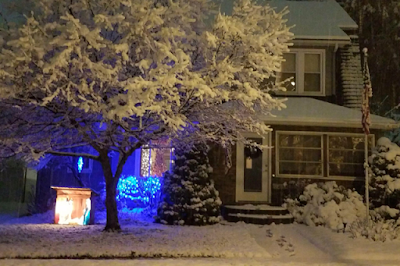 And that's going to do it for today's edition of The Atomic Monster Cafe.