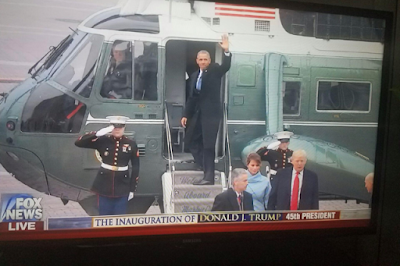 Saw the above picture on Fakebook with the caption:  "You've been terminated...now get to da choppa!" 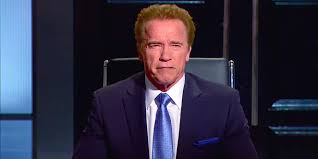 Was not well received by everyone to be sure...we are a very divided country.  I'm hopeful that can change over the next few years.  Time, as always, will tell.  The afternoon knows what the morning never suspected.

Making progress on my book, "On Being A Man in a pajama boy world"... 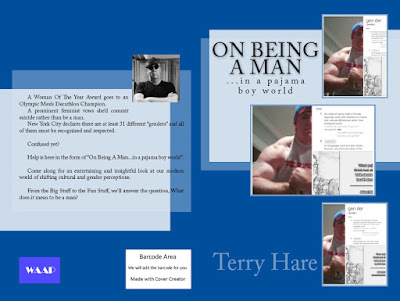 ...but I'd be lying if I said this is easy.  A tough slog at the moment, and I really don't know if I'll end up publishing it or not.  There are plenty of voices out there in book land and I have no interest in tossing yet another a mediocre read into the ring.  We'll see where I end up with this.  It's tough finding unbiased readers who will give you an honest and thoughtful opinion on your work...and I always get too close to what I'm writing to be able to tell if it's any good or just a bunch of crap.  Frustrating at times.

Tried starting Mr. T yesterday but nothing doing...I'm just about to the point where I think I need to become a novice backyard Model T mechanic... 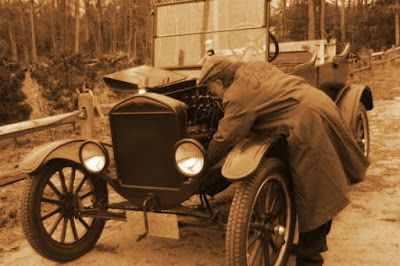 Karen and I watched "13 Hours" last night, the story of the BenGhazi terrorist attack that occurred on 9/11 back in 2012. 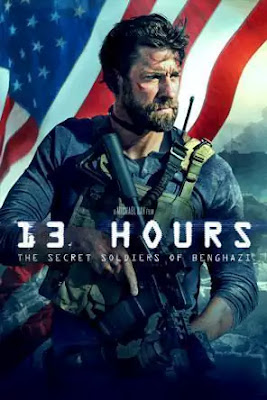 Very intense movie and true to the survivors' retelling of that fateful night that ended with the death of four Americans:  Ambassador Chris Stephens, IT professional Sean Smith, and warriors Tyrone Woods and Glen Doherty.

Against the backdrop of the shameful aftermath of this terrorist attack, which the O administration tried to paint as a "spontaneous demonstration against a video", stands the incredibly heroic efforts of six warriors: Tyrone Woods, Jack Silva, Mark "Oz" Geist, John "Tig" Tiegen, Kris "Tanto" Paranto and Dave "Boon" Benton.

Notably absent from the conflict during the entire battle is any branch of the U.S. military.  Though contacted repeatedly for help, none came.  You can decide for yourself what that says about the current state of our defenses under O.

The movie took some heat from typically partisan, political entities since, without preaching, it eviscerates their preferred sanitized version of this event.

For their part, the surviving warriors have stuck to their guns: this is what happened, as told by the men who were actually there during the chaotic fighting, not sitting in plush offices 5,208 miles away.

Kudos to all  the actors involved.  John Krasinski who plays Jack Silva is quickly becoming one of my favorites.  Max Martini is excellent as Oz, but they're all good, portraying believably as they must a completely different breed of cat than you usually meet in your normal day to day existence.

Buckle up for this one; it's intense, violent, maddening and exhilarating all at the same time.

Sunday is slipping away so...

Email ThisBlogThis!Share to TwitterShare to FacebookShare to Pinterest
Labels: 13 hours, Mr. T, on being a man