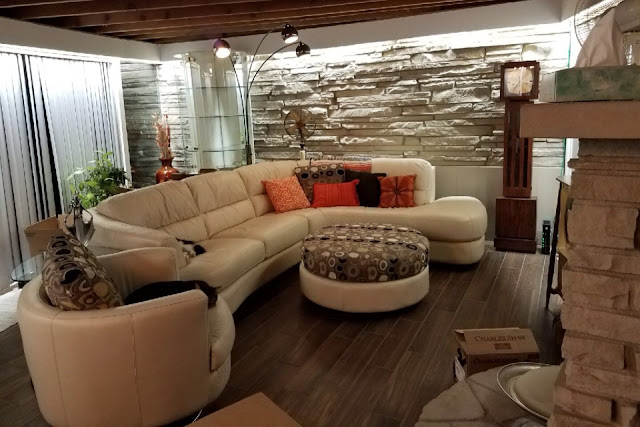 Actually had one of my sons tell me he used to think our living room furniture was ok, kind of modern, but he could take it or leave it.

But seeing it in this setting suddenly made sense to him.

"I finally get this mid century modern thing you've been harping on," he said.

We're a long ways from where we want to be, but we're gaining on it bit by bit.

Found out some history about the house from a 91 year old neighbor...built by a millionaire named Essenburg, and our street is named after two of his kids.  Heard some unsavory things about his business dealings, but who knows...at least he had good taste in homes.

So trying to arrange to have my TV shipped to California to be retrofitted with a color tube... 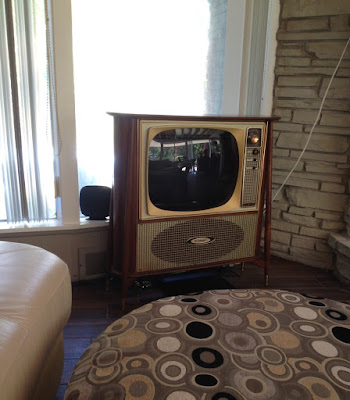 Once there the guy who owns Stellar-TV...

...will put the color tube in it with an HDMI connector and I'll need to do the Uship thing again to get it back here.  It belongs in our living room as a functional TV, but we'll see...do not want to pay hundreds of dollars in shipping for this project.

Forgot to post this on July 4th...#1 grandson went to the Grandville July 4th parade and snapped this pic: 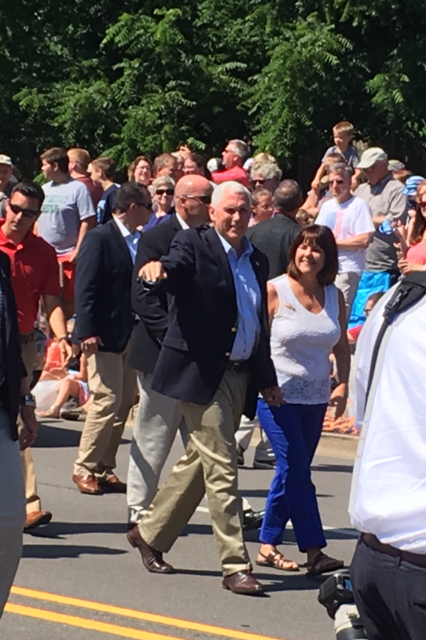 Karen captured this cool shot of a mother turkey and her 9 or 10 babies trailing behind her... 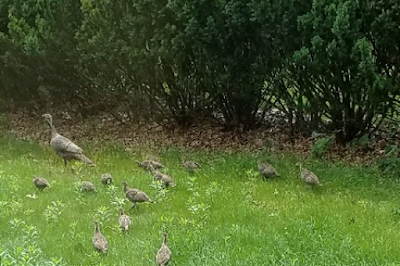 ...sorry about the poor resolution...on high zoom to get the detail as they traipsed through our back yard.