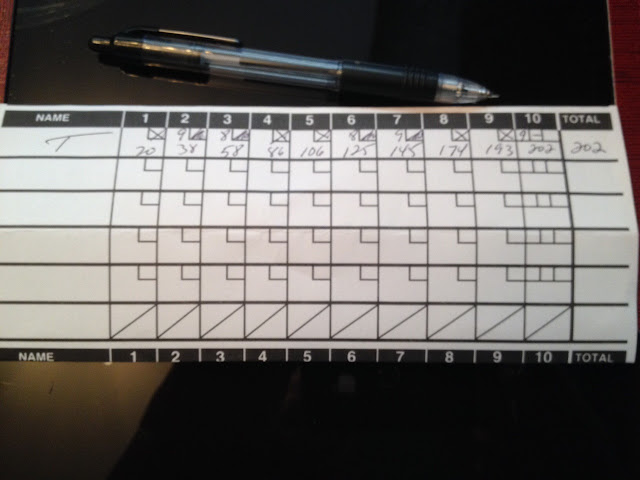 ...On Washington Avenue...yes, that's a 202 on the scoresheet...told Karen when I got home and she said "did you use a different ball?"

Her doubt in my sudden improvement is well-founded, and I was in fact using a different ball...I normally use my "dice ball"... 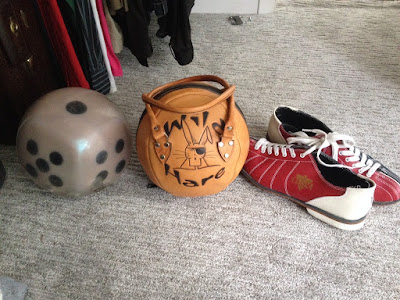 ...it has a core that won't hook, which was fine with me...didn't bowl enough to try to control a hook.

But today I decided to go ahead and pull out my Brunswick... 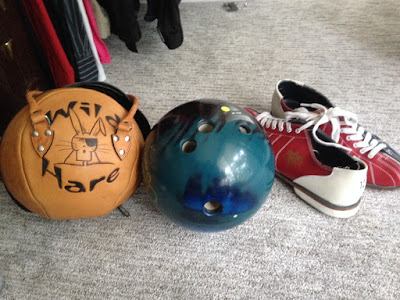 ...which will hook and after warming up with an unimpressive game 1, I started to feel it a little bit.

But I'll take a 202 any day and it will probably be many days before I see it again...anyway, it was fun but a little bit nerve wracking for the last 5 or 6 frames. 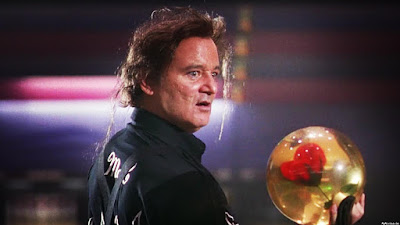 A seniors league was just finishing up as I completed my first game, and by the 4th frame of my 2nd game they were done and just hanging around.  It's a small bowling alley, only 14 lanes, and once they finished I was the only one bowling.

By frame 5 I was aware of a hush that fell over house the when I stepped onto the lane.  Part of that was undoubtedly common bowling courtesy.  These were people in their 70's and 80's and unlike the last couple of generations, they were raised with manners and taught to be polite.

And part of it was the simple fact there was nothing else to watch at that moment...if they weren't going home right away, they might as well sit and kibitz while the new guy rolls a few frames.

So they did, and thankfully I was in and around the pocket most of the time...but by the 8th frame I was well aware I was being studied. 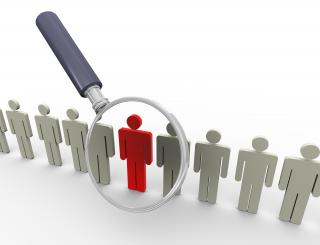 Wish I was better and could have rolled something more impressive like a 260 but oh well...I finished and didn't even give a 2nd thought to rolling another game.

There was no way on God's green earth I was going to improve on that 202 and I wasn't up for having 15 or 20 elders sit around and watch my collapse.

So I finished on a high note, paid the man and headed outside where I could breathe again.

And since this was a vacation day, I actually started it with a round of 9 holes at the Pheasant Run course in Borculo. 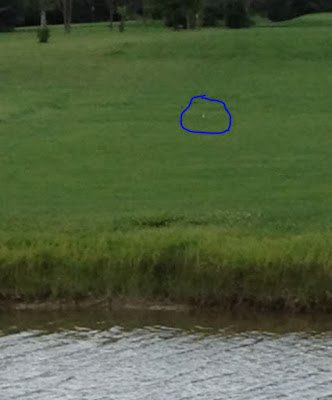 Used my mid iron from the tee on #4...didn't land in the water hazard, and actually ended up in the fairway...win!

When I struck my mid-iron 150 yards from the tee, that was another win...and so it goes from hole to hole...

And today was a good round...didn't bother totaling up my actual score...just know I finished the 9th hole with more wins than losses and felt good about my pleasant stroll through the country.

The rest of the day was working around the house, getting various and sundry accomplished in this, our neverending renovation.

Also bought a salt lick and deer food to put by our feeder... 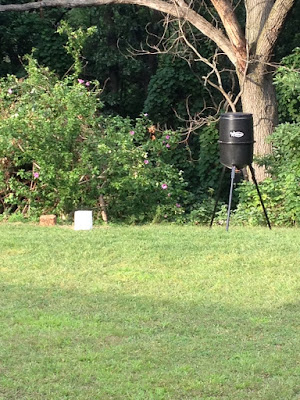 ...hoping to entice Bambi into our backyard...realistically it will probably be fall before that happens.

Finally got a quote on some cupboards for our kitchen...I suppose it's at least possible we'll finish the renovation sometime in the next 10 years or so...but right now it doesn't feel that way.

...sad to say, that's the most I've sold in one 24 hour period.  Wish I understood the who and why of that...might become a better marketer if I did.

and on that happy note...