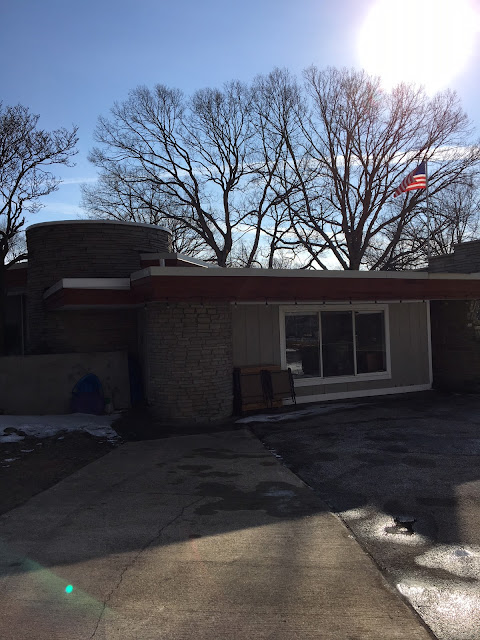 ...of Spring...it was in the low 40's yesterday, and if you stood in the sun out of the wind, it was delightfully warm...of course the snow is melting...if only 'twas late March instead of late January...Ol' Man Winter is just playing 'possum for a bit but he'll be back with a vengeance before too long...right now however... 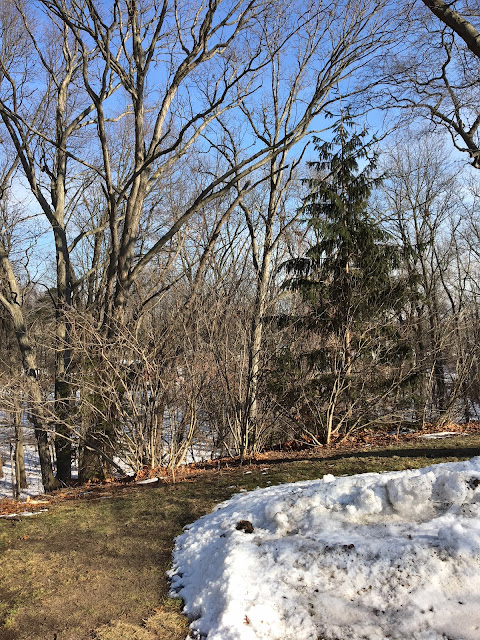 I even swung my hickories a few times where the grass is exposed...heavy sigh...

But speaking of Mr. 'Possum, he stopped by for an early morning visit yesterday... 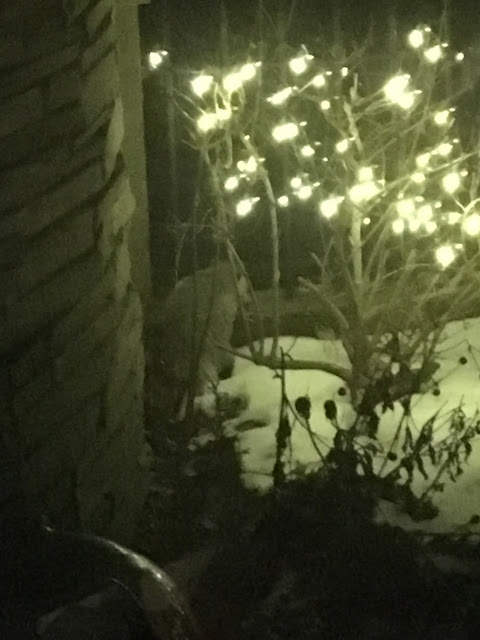 ...was out of bed before 6 for whatever reason and found this guy wandering around our patio.

Now that my TV is back I spent a little time rearranging things in the living room... 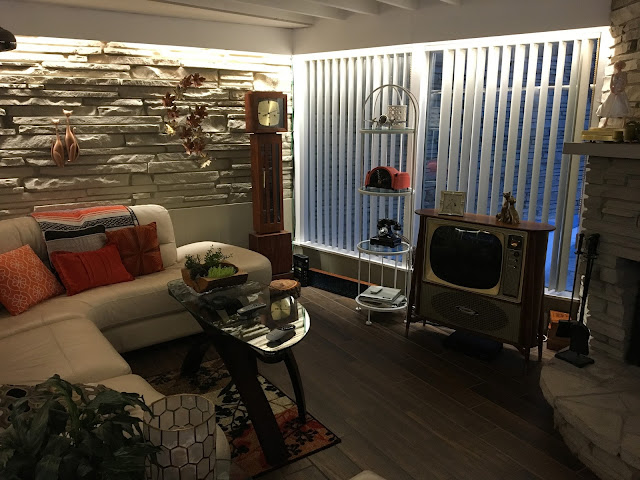 ...and that will do for now.  The trained eye of the careful observer will notice my dear Aunt Velma and her beloved hound Belvedere have moved from the mantel to the top of the TV.

It's funny thinking back to how life used to be...that little 19" screen was the biggest deal on the market in the late 1950's, and it had the biggest speaker commercially available when it was released.

Nowadays a TV screen less than 40" is considered small...a quarter of all TV sets sold today are 55" and larger and more than 60% of all TV sets have 40" screens and larger.  It's proof of the old adage in America, some is good, more is better, and too much is just right.

And I'm guilty as charged... 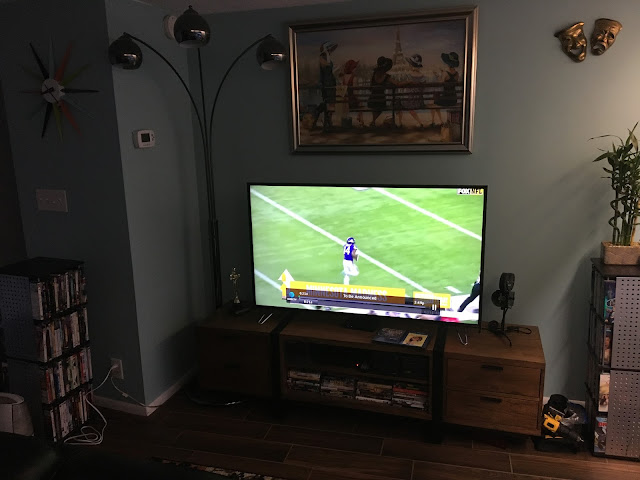 Can I throw myself on the mercy of the court and plead failing eyesight?

But tell me true...which of these two sets wins in the "cool factor" department?  The ubiquitous black rectangle or the gorgeous piece of Danish Modern woodworking?

One was designed to deliver the best technology available at that time wrapped in a beautiful piece of furniture that could be an attractive design element and the centerpiece of your living room.

The other now finds itself the object of room designers ire as they dream up ways to hide the black box from view until you need to uncover it to watch it.

But yeah...when Karen and I sat down to watch the 1956 musical High Society... 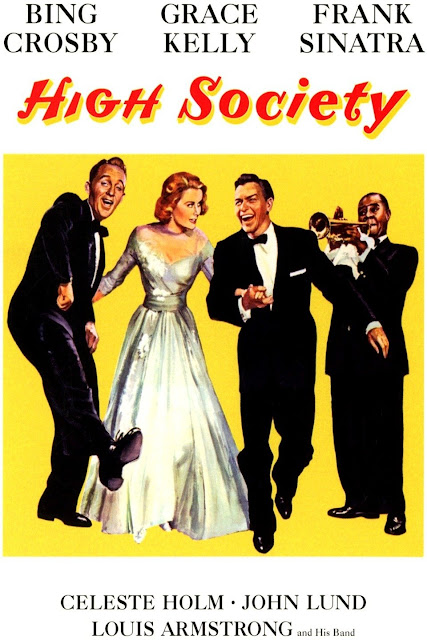 Had dueling turkeys in the backyard the other day... 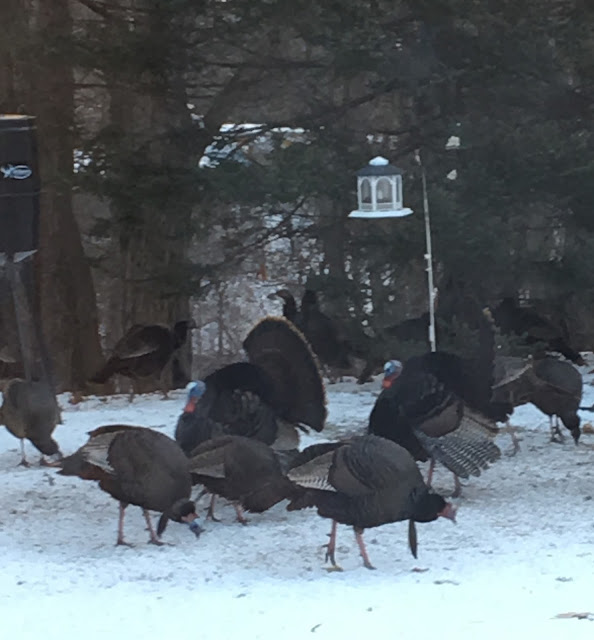 ...two males doing a full fan tail spread, all puffed up and competing for the lovely ladies..."hey baby, forget about him, take a look at this!"

It's clear the females were all aflutter as they ignored the two testosterone soaked males and continued eating...

So do they copy humans or do we copy them?  Bc that scenario seems eerily familiar...