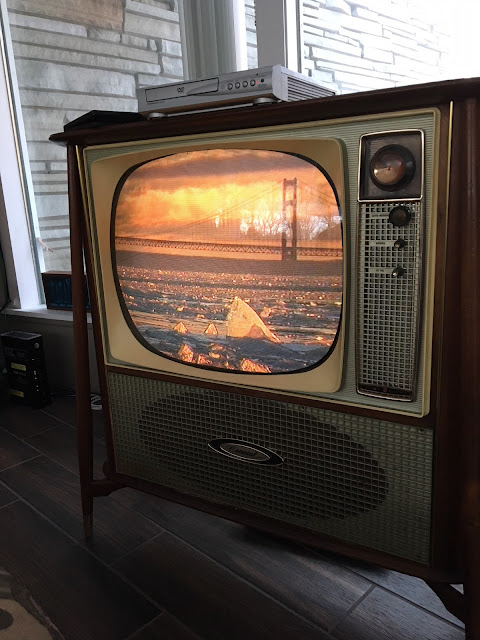 ...Mackinac Island's Hidden Season...a fascinating documentary made in 2008 about spending the winter on Mackinac after the tourists all go home.
This is a really cool DVD that focuses primarily on the winter season when only the year round residents - about 500 in number - are  present and how this small community spends their time in what we think of as "the off season".

Some surprises:  though everyone knows automobiles aren't allowed on the island, guess what?  Snow mobiles are...so are snow plows to clear some of the roadways.

Did you know they evacuate most of the horse population? 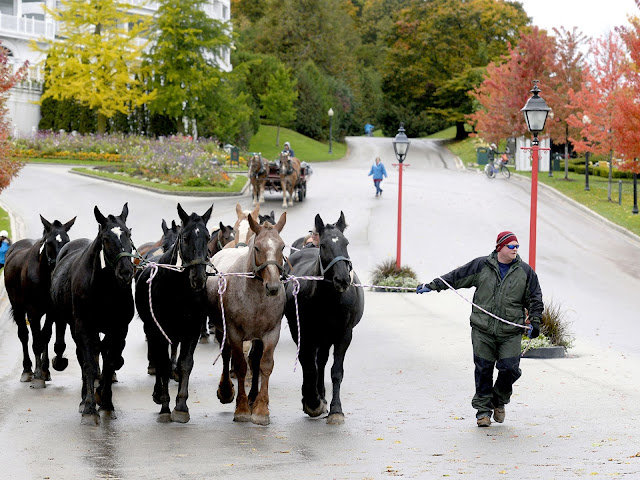 They winter on various farms in the U.P., while only about 20 of the workhorses remain on the island. 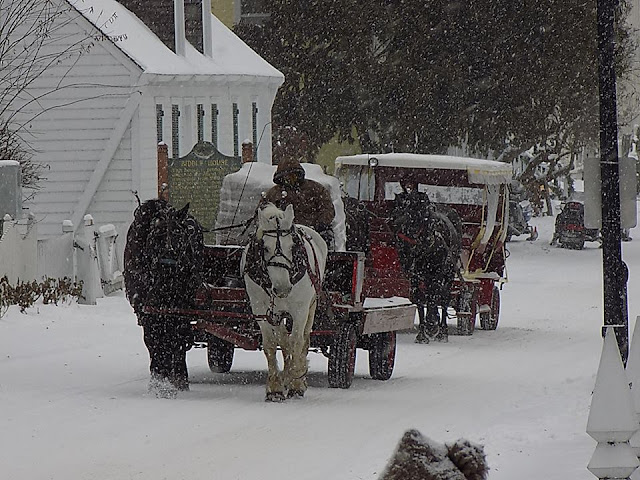 I had no idea that ferry service continues typically until sometime in January...Arnold ferry services regularly bring over workers from the mainland for the many building projects that take place during the not so idle winter months.

And many years - but not every year - the three mile stretch from the island to St. Ignace in the U.P. freezes into what the residents refer to as "the ice bridge"...that lasts from about mid-February until the end of March.

The bravest souls attempt the trip when ice gets to be only 4" thick...the more prudent ones wait until it's at least 6".  In the deep winter it can be as much as two feet thick and then it becomes a well traveled highway with traffic coming to and from the island at all hours of the day and night. 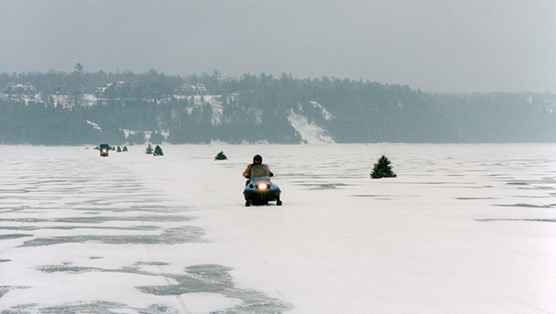 Those are the residents' Christmas trees they plant in the ice as trail markers.

In April the Coast Guard breaks up what's left of the ice bridge to hasten the resumption of ferry services and by May the tourist season is off and running again.

If you have any interest at all in Mackinac Island, this DVD is well worth the money.  It shows the stark beauty of this tiny island in the middle of Lake Huron during the harsh winter months.

The scenery is absolutely gorgeous, and while you may not be standing in line to spend November through March there... 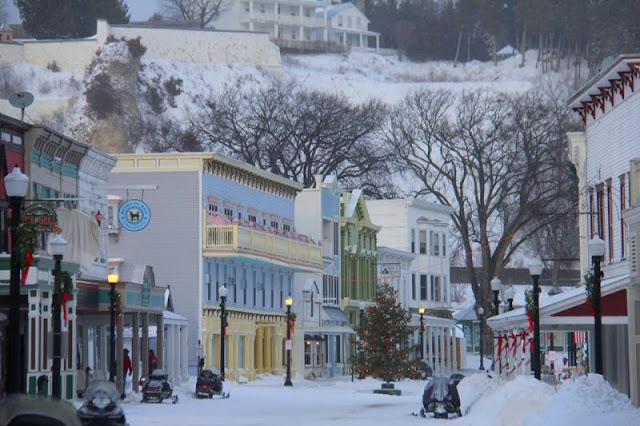 ...it will give you a fascinating look at the flip side of one of Michigan's major summer tourist attractions.

Get your DVD here: The Ice Bridge Movie

Please note: your humble author receives no compensation of any kind for this recommendation...it's just li'l ol' me telling you what to do again.  You're welcome.