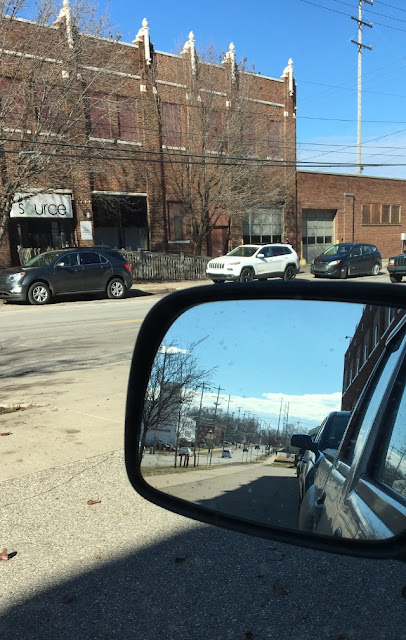 ...Looking Back...there's a life lesson somewhere in these images of the gritty streets up ahead and trailing behind...but you're going to have to dig it out for yourself.

Hey, I can't do everything for you... 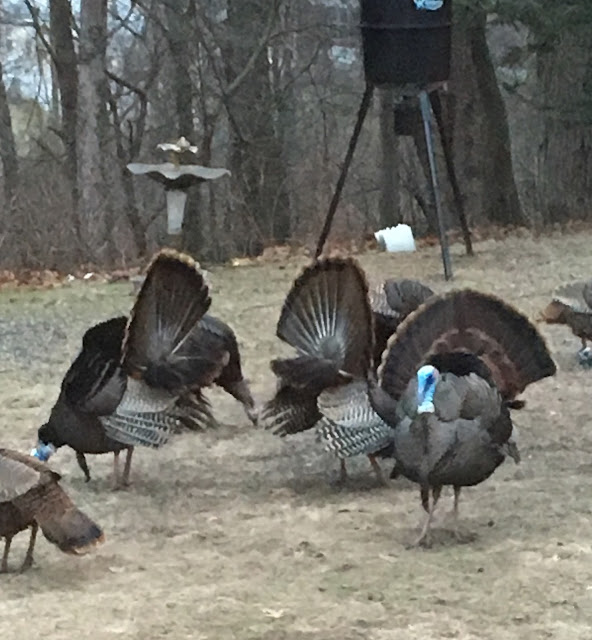 ...right here in my backyard.  That's three, count 'em, three Tom Turkeys doing a full feather spread and strutting around, jostling each other, vying for attention from the preoccupied ladies ("my, but this bird seed is awfully tasty this morning, isn't it Myrtle?") while vainly trying to assert their turkified dominance.

As every man reading this thinks to himself, "sure am glad I've never done anything stupid like that before...while driving...or at work...or in the gym...or game playing..."

Seriously, that's one of the reasons I golf by myself...to let go of those competitive urges and just enjoy the activity...what a novel concept.

Karen and I spotted this midcentury modern bar in an antique shop the other day... 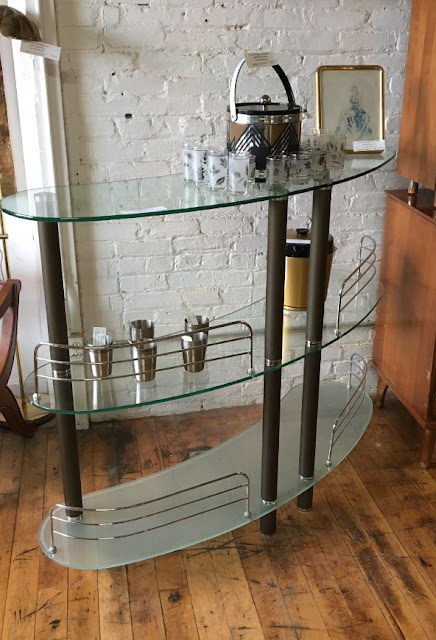 ...not an antique but would be perfect in front of the glass windows where our wooden, art deco bar sits now... 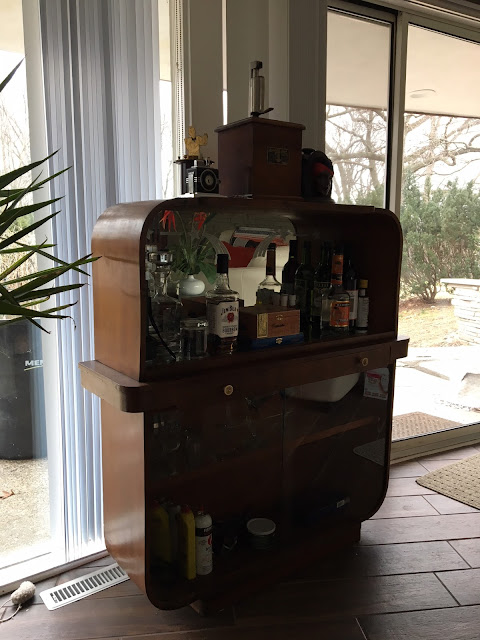 ...but we like the art deco bar, even though the glass one makes more sense there.  Thinking...

Saw a fun fact the other day that claimed when Teddy "Roughrider" Roosevelt was a child the family doctor prescribed whiskey and cigars to combat his asthma. 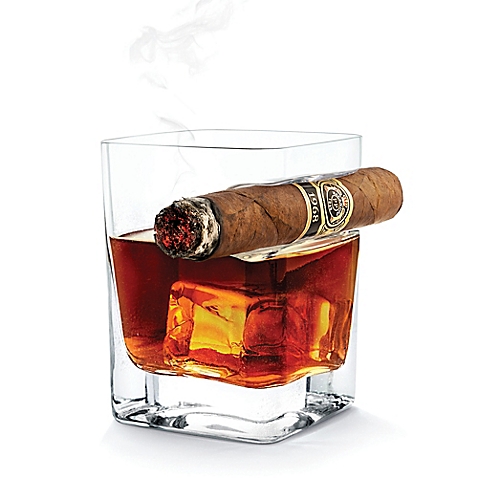 Who knew?  My relaxation routine is actually doctor approved... 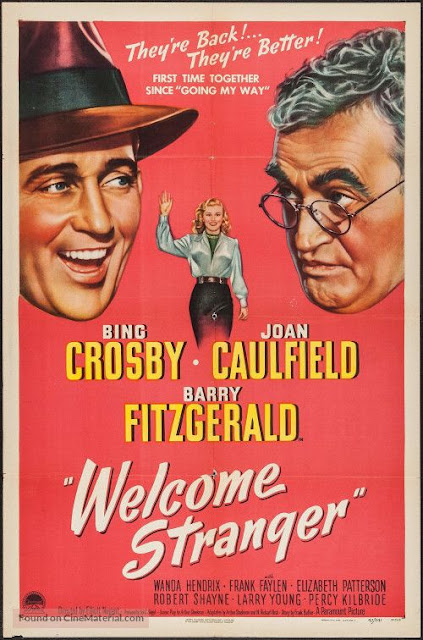 Almost every time you listen to someone imitating an old Irishman they're mimicking Barry Fitzgerald's classic brogue.  He was the quintessential feisty Irishman, a character actor who achieved star status and who won an Oscar in the same film Bing Crosby did: Going My Way.

Plus he was an avid golfer who one day, while swinging his hickories indoors (he was all of 5'3") accidentally knocked the head off his Oscar statuette...
During the war due to shortage of metals, they made the Oscars out of plaster.  Notified of the mishap, the Academy was kind enough to furnish Mr. F with a replacement.

And while Welcome Stranger is no Going My Way it's still an enjoyable trifle about an old country doctor nearing retirement and needing a replacement to settle in the little town of Fallbridge, Maine.  Yes, same basic plot, just a different setting...

Enter Bing Crosby as the young city slicker doctor and let the games begin.
With the lovely Joan Caulfield as the requisite love interest you have all you need for an entertaining couple of hours.

Yes, it's predictable and overly sentimental about small town America a la the better and more memorable It's A Wonderful Life but it's still worth a look, if only for the delightful interactions between the Killer B's, Bing and Barry.

And once you've taken it all in, right down the last shot of our hero hugging his heroine as the music swells and we fade to black, then cue up the 1991 flick, Doc Hollywood starring Michael J. Fox for a modernized version of the same theme. 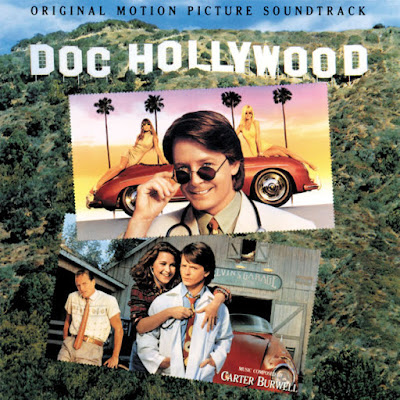