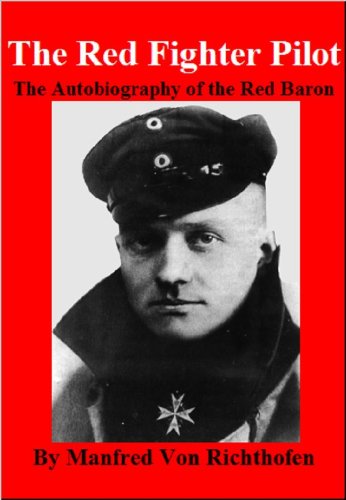 I first became aware of this World War I flying Ace by reading the comic strip Peanuts by Charles M. Schulz in the early 1960's. 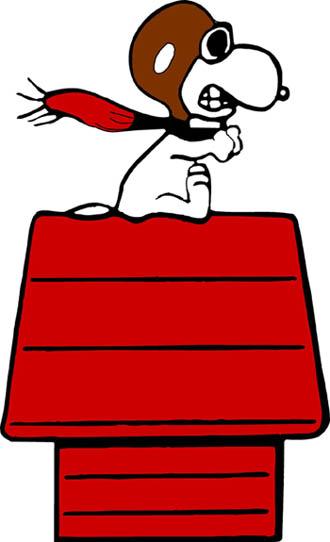 My 10 year old self found it funny but confusing...had no idea why my favorite comic strip character's dog would be wearing goggles, scarf and helmet pretending to be flying his doghouse and shooting at a mythical opponent.

Then in 1966 I heard what became a very popular song courtesy of The Royal Guardsmen:

Snoopy vs The Red Baron

(footnote: the German words at the beginning of the song - "Achtung! Jetzt wir singen zusammen die Geschichte über den schweinköpfigen Hund und den lieben Red Baron!". - translate to "Attention! We are now singing together the history of the pig-headed dog and the beloved Red Baron!")

At that point I decided the mystery deserved some investigation, so I pulled out my iPhone and googled The Red Baron...

Unlike today's world where the most un/misinformed generation of all time is surrounded by more information than at any point in human history and yet remains voluntarily mired in the slough of self-imposed ignorance (doubt me?  ask someone to tell you about Benghazi and brace yourself for their response of "Ben who?"), I didn't have fingertip access to every fact known to man.

So I hopped on the only vehicle available to me at that time...
...and pedaled down the information superhighway (Linton Hill Road, Newtown, Pa) to the library, where I checked out a 1,000 page volume on World War I and The Red Baron.

Wow...was I ever surprised...over the course of several months and multiple library checkout renewals, I was mesmerized by stories of inhuman trench warfare, poison gas attacks, and the stalemate of the front lines... 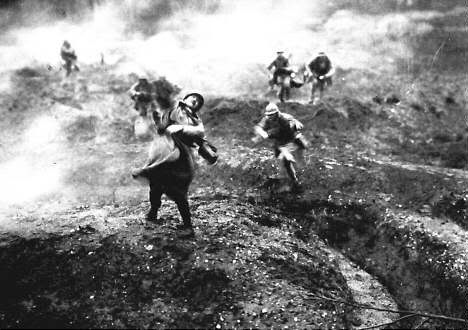 ...where wholesale slaughter of human beings, thousands at a time, became the norm for modern warfare.

I'd heard of "no man's land" before but didn't know what it was until I learned about opposing armies, dug into trenches surrounded by barbed wire, separated by a few hundred yards.

Every so often one side would begin shelling the other, and then launch a human wave attack where thousands of soldiers would rise up out of their trenches and race through "no man's land" to their certain death, getting hung up on the enemy's barbed wire and mowed down by machine gun fire.

In this manner five, ten, twenty thousand lives were squandered in a day with the result being the front lines rarely advanced or retreated more than a few dozen yards at a time.

In the context of this man made hell, aerial warfare arose.

At first it was little more than opposing biplane aircraft flying over enemy lines, photographing their trenches and armaments to be used as a means of aiming their artillery more accurately. 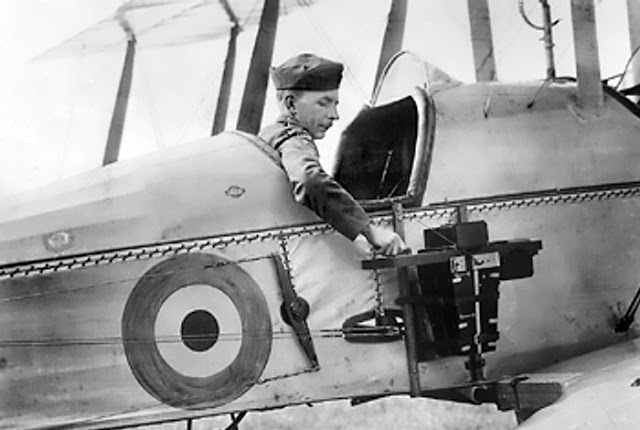 In the early days these daring pilots on opposite sides of the conflict might toss a respectful wave and salute as they buzzed past each other to reconnoiter their positions. 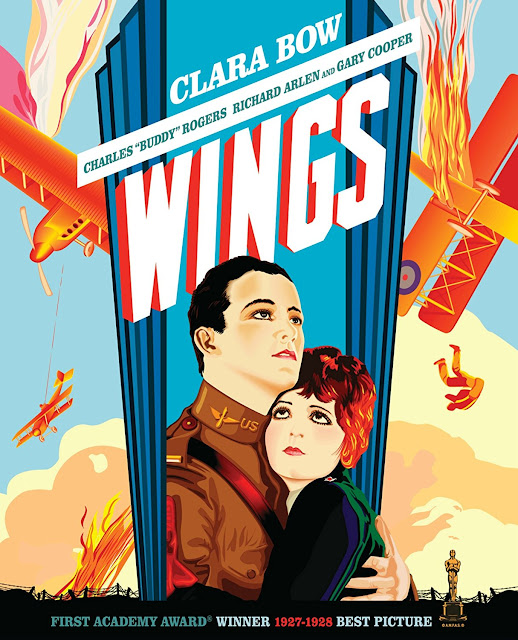 - and the undisputed King of this airborne danse macabre... 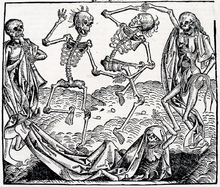 ...was Baron Manfred Von Richtofen, aka The Red Baron...so called bc his Fokker Triplane was painted a blood red: 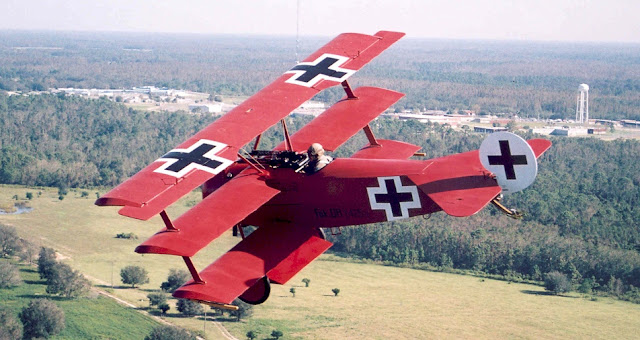 The line from the Royal Guardsmen's song that "...80 men tried and 80 men died..." is statistical truth...that's how many official solo kills were credited to him.  Since a flyer only received credit for those downed aircraft that could be confirmed by ground forces, the reality is he probably shot down well over a hundred opposing aircraft.


The 2nd best WWI ace was Rene Fonck of France... 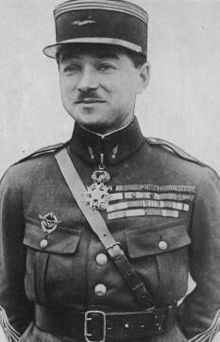 His was a case where coming in 2nd to the Red Baron had the distinct advantage of him surviving the war, a feat which Von Richtofen did not achieve...he died in battle on April 21, 1918, seven short months before the end of WWI, while in pursuit of a British foe which took him well into enemy territory and too close to the ground.

Thus the master of aerial warfare was ironically shot down by ground fire (most likely an Australian machine gunner, Sgt. Cedric Popkin).

The Red Fighter Pilot is an interesting read though no doubt heavily edited for propaganda purposes since of course the Baron was a national hero at the time it was published in 1917.

Even so it is an interesting insight into the man who excelled beyond his peers in the art and science of death in the skies.