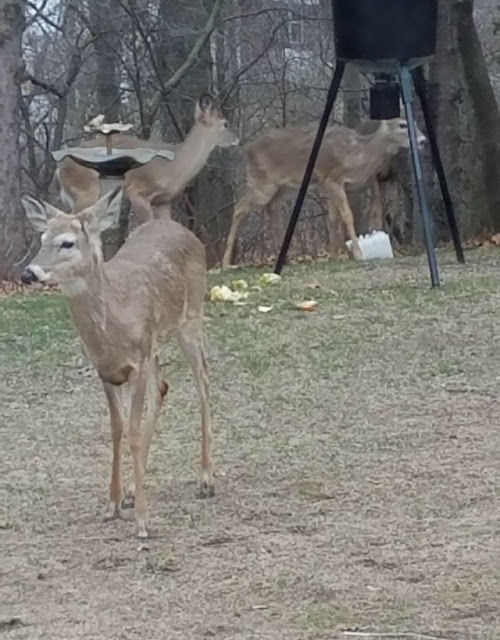 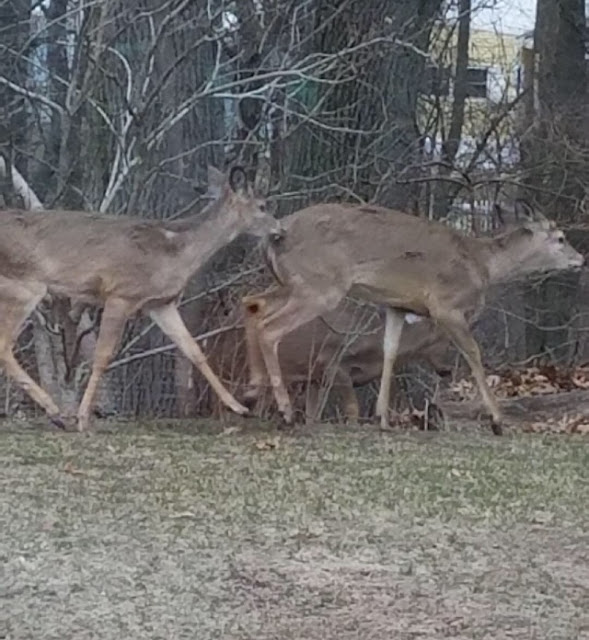 Must be springtime...Momma Doe is in the back there.

Have I mentioned I love living here?

You upload a picture and they'll overlay it onto a glass "canvas"...so you get a cool glass picture for your desk or wall.

To try it out I downloaded a public domain picture of the George Bellows painting I mentioned a couple of posts ago...of the 1923 Jack Dempsey / Luis Angel Firpo fight at the Polo Grounds in New York: 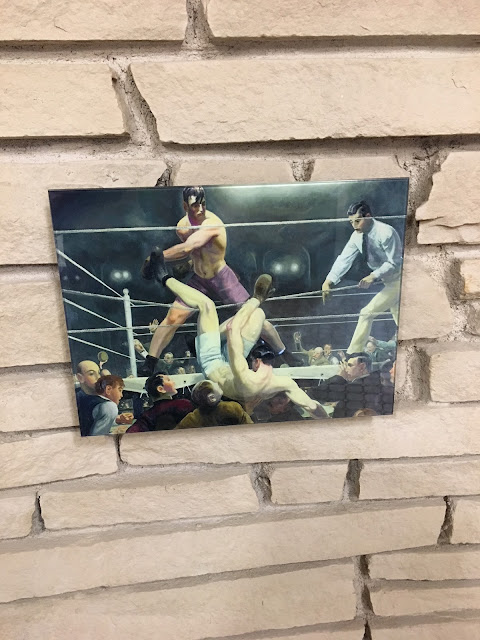 Ok, so it's not as cool as what #1 son did...he actually purchased an oil painting copy of this iconic sports moment...but it's still kinda cool, elegant in its own way. 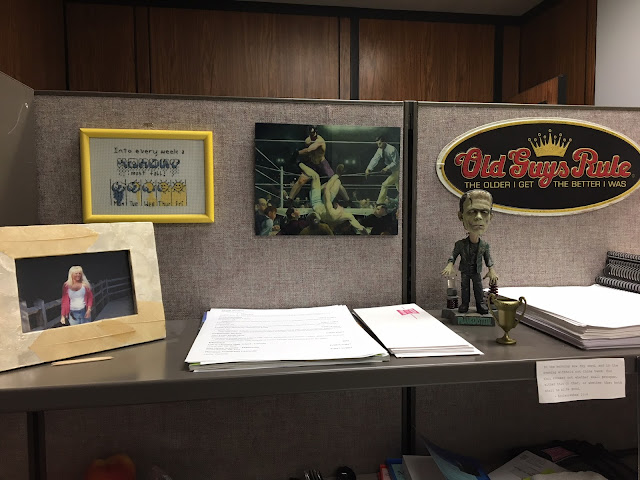 Not as sweet as an oil painting but complements my work space nicely.  (No, not destined for my kitchen wall...that was just a place to take a photo.)

As an historic side note, Bellows' painting shows Dempsey being knocked out of the ring by a sweeping left hand from Firpo, but in reality it was Firpo's right that did the dirty deed.

If you watch the video of that fight, it was almost 14 seconds before Dempsey climbed back in the ring, so by rights Firpo should have been the champion...but Dempsey came back and knocked him out in the second round.

And it kind of lends perspective to the Dempsey vs Tunney "long count" fight that happened four yeas later...
So Michigan lost to Villanova in the national championship game... 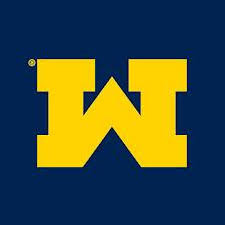 ...ended up not being close and I only watched parts of the first half.

Did motivate me to pull out the senior video I did for #3 son a way on back in the day, seventeen years ago already.

In one segment I used the "One Shining Moment" theme for the March Madness tourney that was popular back then...("the ball is up...there you are...you're running for your life...you're a shooting star...")

I should rip that DVD to an MP4 and include it here...good times.


Switching gears to something that can really impact your life for the better...if you're wondering what you should buy for me to celebrate spring time and the upcoming summer months, may I respectfully suggest one of the following:

That's a 1956 Corvette, reasonably priced at $64,000  Think of the satisfaction you'll have knowing you've provided me with a really nice ride.

Or, if you'd rather, here's a sporty "Welcome Good Weather" gift I wouldn't refuse: 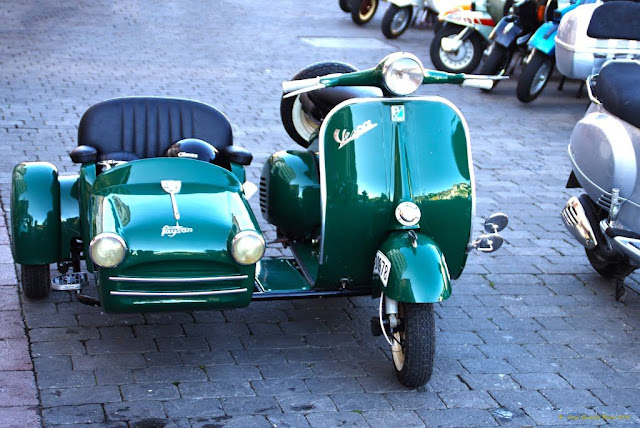 A 1950's Vespa scooter with sidecar, because Karen loves riding in sidecars almost as much as she does riding on trains overnight...shouldn't set you back more than $8,000 or so. 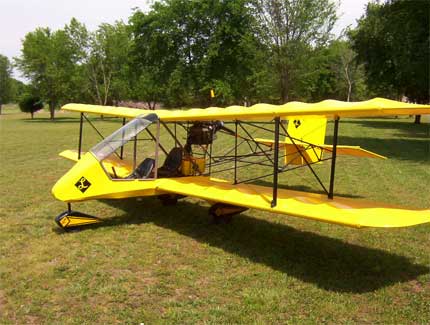 No?  Perhaps something more aeronautical suits your fancy...above is a Hart Aero Biplane, yours to gift for around $7,000.  Of course, you may have to search a bit for one of these babies since the owner of Hart Aero was busted back in 2010 for a couple of counts of grand theft.  Still, who doesn't adore ultralight biplanes?

Paint it red and mount a BB gun in the cockpit and I could do a pretty good imitation of the Red Baron, shooting down crows and annoying unsuspecting picnickers in the parks below.