...we've got our first daisy of the summer...first black eyed susan, too... 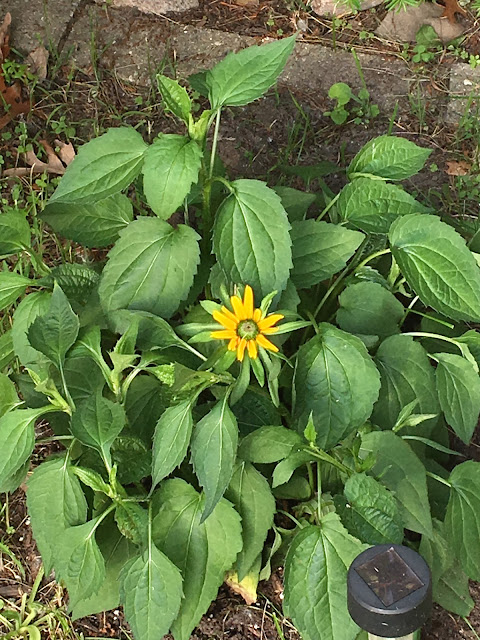 We now return to our regularly scheduled blog programming...

A new feature of the Atomic Monster Cafe...

...yeah, I know...I need a better title than that...might have to venture beyond the world of alliteration for something more original...but the point is...

I've got a friend of many years who's a long haul trucker...on the road for 10 to 14 days at a time, then home for a couple.  We've known each other for more than two decades now...our kids went to school and played sports together...we've gone from young(ish) bucks to graying grandfathers in those 20+ years...and in Rodger's case, he and his suffered through the crushing loss of a beloved daughter.

So we've been around the block once or twice and I suggested to him at a recent breakfast meeting that he should send along an occasional picture from the road.  He told me he's not delivering to exotic, upscale and ritzy locales...no island resorts or first class hotels...more like industrial complexes, truck stops and warehouse views.

Even so, he sent his first pic...that of the Philadelphia Eagles Stadium as he was driving by: 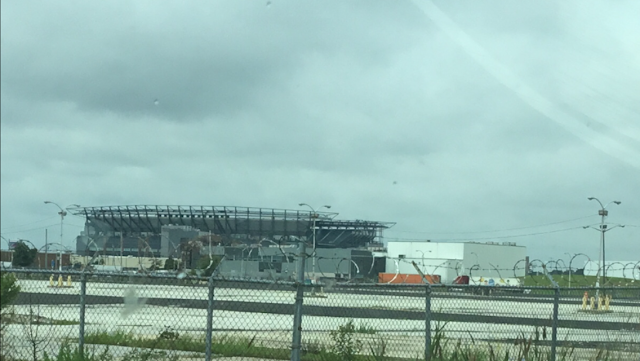 ...so he's right...not exotic...but it is part of life on the road, and as the weeks click on by I'll include occasional shots of Rodger, his truck and some of the people and places he sees as he helps to keep the economy chugging along. 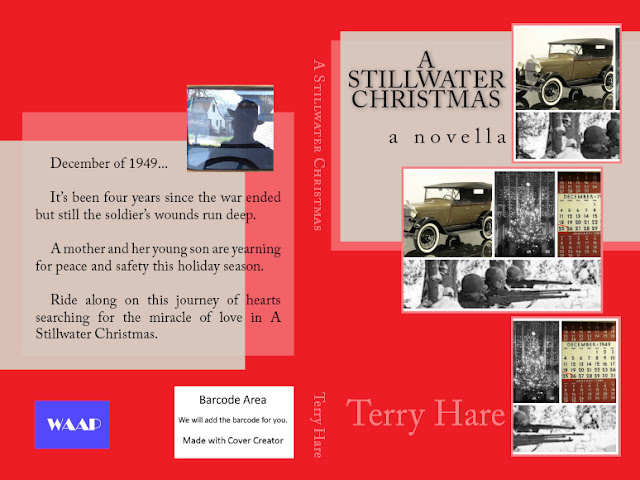 ...for no particular reason other than I like that town name better, and it brings to mind the old saw that still waters run deep...the back cover copy is a little better, too.

Karen continues working on improving our home and landscaping...a recent project was painting the cement wall of our back patio:

Here's another view of the flowers she planted in flower boxes that grace the patio wall...once the paint dries they'll be back in place: 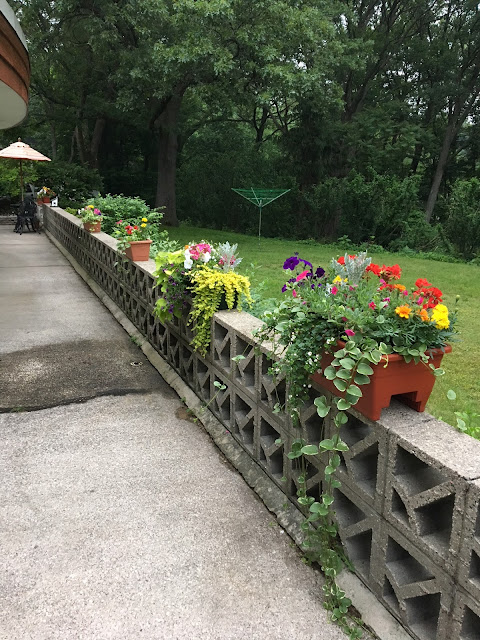 She's a machine...can't keep up with her.