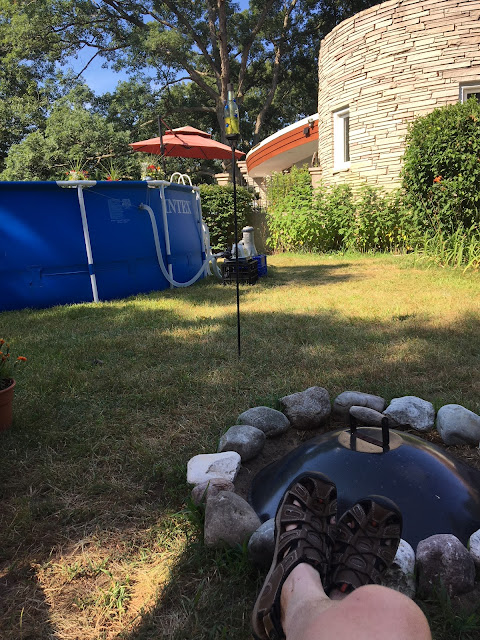 ...of the backyard...did you hear that?  That was the sound of me caving in to the unalterable truth of that age old axiom, "happy wife, happy life..."

Not happy about the big tank in my backyard, but we've agreed it's only for this summer, and only because we can't decide on what we really want to do re: a permanent pool.

We've got several competing ideas, but eventually it became obvious none of them were actually going to happen this season.

So we opted for the temporary, inexpensive, "one summer only" solution so Karen and Sarah have something in which to swim.

And I'm forced to admit these inexpensive INTEX pools are a good option for this situation.  They're made to endure for several years - 5 or 6 from what I can tell - and they're very simple to set up and maintain.

We bought it used (1 year old) and so far so good...next year we'll either sell it or give it away.

Plus it's been hotter than normal this year.  We've had summers when we don't hit 90 degrees at all, but this year we've already had a half dozen 90 degree days.

Got out on the links this morning... 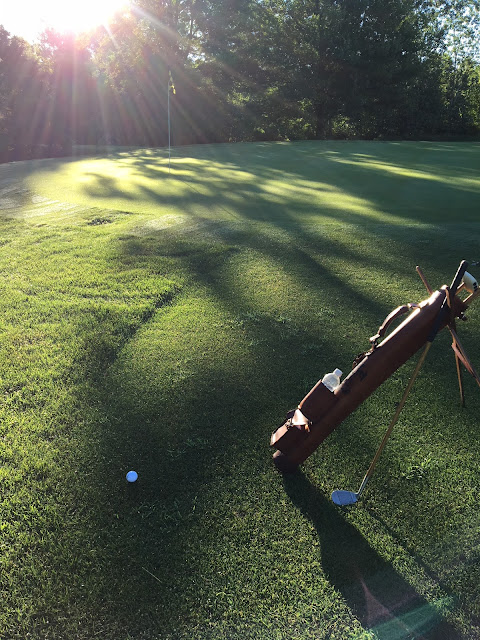 ...and enjoyed a halfway decent round for me, at least up through the 6th hole.

I actually parred the #2 par 3 and #5 par 3 in the traditional manner...one stroke to get on the green, then 2 putt for par.

#5 especially was fun bc my tee shot with my cleek was 180 yards onto the green...a good drive for me.

And then #6, a short par 4, was going well, too...decent tee shot with my cleek, nice chip shot with my niblick and I was 20 feet from the pin...just needed a 2 putt for my 3rd par of the day...but while every green on this course slopes, #6 is especially tricky, and I was above the hole, putting downhill.

Even so my first putt was not terrible, leaving me less than 3 feet from the hole, this time going uphill.

Normally that's a very make-able putt for me, but...factor in the pressure from the crowds, the cameras and all that money on the line, and...you guessed it...rimmed the cup and settled for a bogey.

I then had to do the traditional and universal symbol for choking... 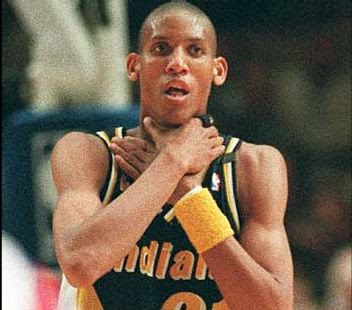 ...and spent the last 3 holes beating myself with my clubs as punishment for being such a choke artist but surprisingly, that didn't help me play any better.

Did recover somewhat on #9, with an excellent fairway shot from 150 yards out using my cleek that landed about 15 feet from the pin...managed to two putt for bogey.

In general, if I can be on the green in par or less and then 2 putt I'm a happy man. 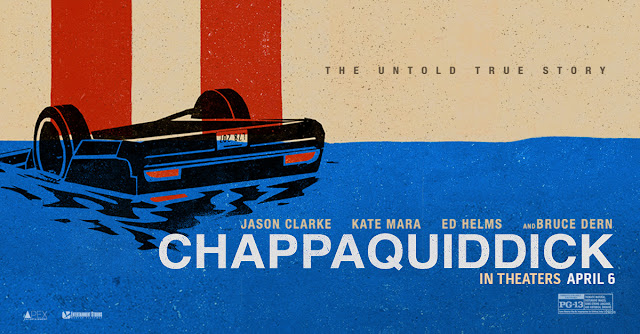 ...the movie about Senator Ted Kennedy when he killed Mary Jo Kopechne.

This is an extraordinarily well done film, and Jason Clarke should get an Oscar for his performance.  His portrayal of Ted Kennedy as a vacuous, self-absorbed child of privilege is right on the money...he absolutely nails the empty shell of a human being the "liberal lion of the senate" was in a subtly nuanced tour de force.

He won't, of course, because this sheds the awful light of truth on America's premier clan of cockroaches, the Kennedy's...and the liberal elites in Hollywood don't do well with truth and reality.

I was a 12 year old living in the brain dead state of Massachusetts back in July of 1969 when this happened, and I remember 2 things vividly about this sordid incident:

1) it happened on the moon landing weekend...
...which tended to tamp down the publicity a bit,  - and -

2) the creep walked and in fact went on to a long and ignominious career in the swamp known as the US Senate.
As a 12 year old it was hard to understand how someone could be personally responsible for the death of another human being, could then tell flimsy and obvious lies about what happened and his make believe efforts to save the person he did in fact kill, and yet escape all legal consequences for his heinous and irresponsible actions.

And the movie does an outstanding job of simply telling what happened...no sensational grandstanding, no obvious political axe to grind, just relating the simple and damning facts of this sad, tragic event. 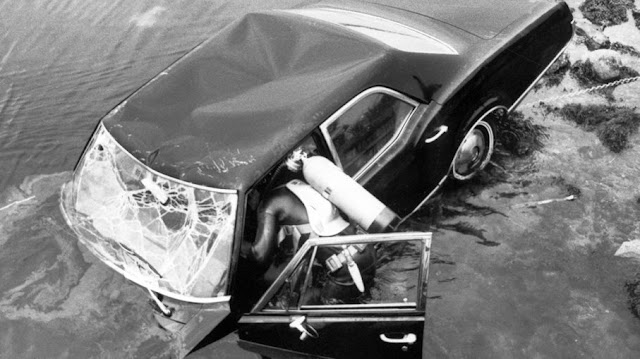 All I can say is the wrong person made it out of that car submerged in Poucha Pond.

John Farrar was the captain of the Edgartown Fire and Rescue unit and he was the diver who discovered Mary Jo's body in the car the next day.  At an inquest into the cause of death he said this:

"It looked as if she were holding herself up to get a last breath of air. It was a consciously assumed position.... She didn't drown. She died of suffocation in her own air void. It took her at least three or four hours to die. I could have had her out of that car twenty-five minutes after I got the call. But he [Ted Kennedy] didn't call."

In fact he waited almost 10 hours to report the accident.

And yet the fools who populate Massachusetts continued reelecting this supersized waste of human flesh until he finally met his Maker in August of 2009...40 years of that scumbag leaving his slime trail all over our legislative process.

Of course, every time he tried to rally the troops for issues like gun control, memes like this were sure to appear: 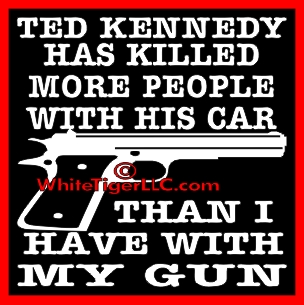 Thank God the Reader's Digest did an exhaustive treatise of Chappaquiddick in February of 1980, just when it seemed the slime creature from Massachusetts might actually win the Democratic nomination for President.

It is generally agreed the article by John Barron sunk Kennedy's campaign and he crawled back under his rock in the Senate for another 29 excruciating years of legislative incompetence and malfeasance.

What a sad and tragic part of American history and what a telling commentary on some of the people who achieve power.

Excellent film;  you should see it.