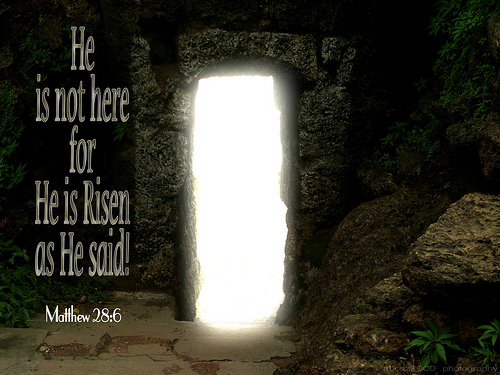 ...may you rejoice that Christ is risen...because without the resurrection, "we are," as the Apostle Paul noted, "of all men most miserable." (I Corinthians 15:9)

Did battle with the unseen forces of dufferdom again this weekend... 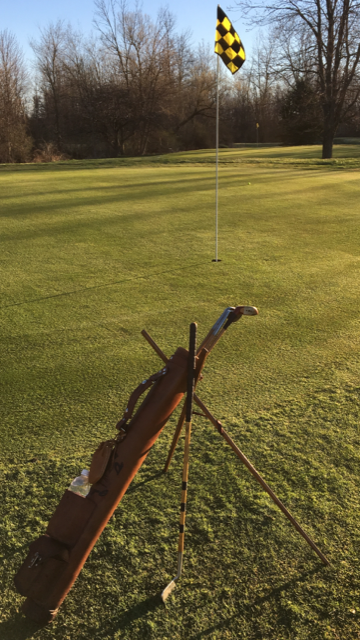 ...they're merciless buggers, but I did my best while freezing my buns off and went down swinging.

It was another sunny but cold morning...38 degrees when I started...and the course is still soaked... 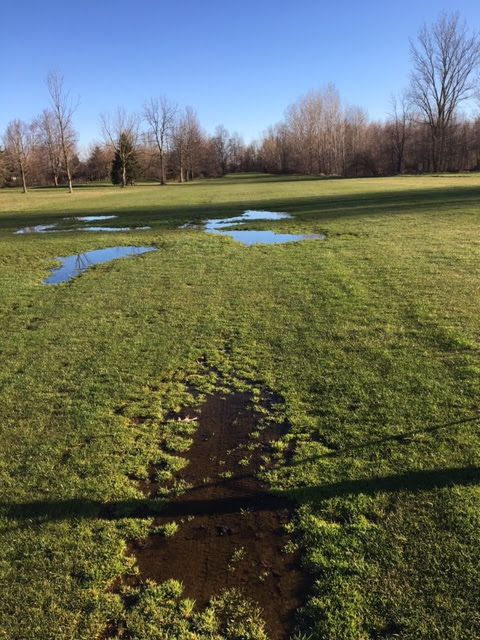 ...but I enjoyed my round, nonetheless...even snuck in a par on the long par 3 much to my amazement...was on the edge of the green and left my 1st putt way short, but managed to drop a 15 footer in the cup for par.

Also dropped this one... 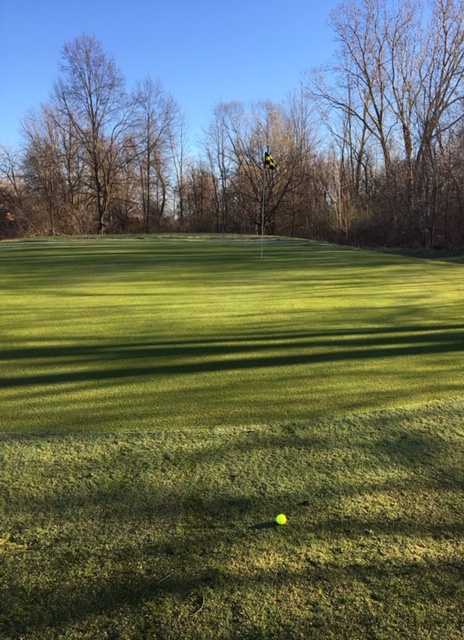 ...dead center in the cup, but have to file that effort under the "dumb luck" category.

I was 3 feet in the fringe and so far away I didn't even bother trying to line it up...just eyeballed it and took a whack at it with Calamity Jane hoping to get it close...and to my amazement my shoot from the hip guesstimate was right on...was so unlikely - and non-repeatable - it made me laugh out loud.

In general I did ok...sprinkled just enough good shots in the mix along the way to make me want to try it again.

Looks like Mr. T is headed over by the airport to the folks at Grand Rapids Auto Gallery this week.  The cretin who said he was going to stop by was a no call no show so I guess that's that. 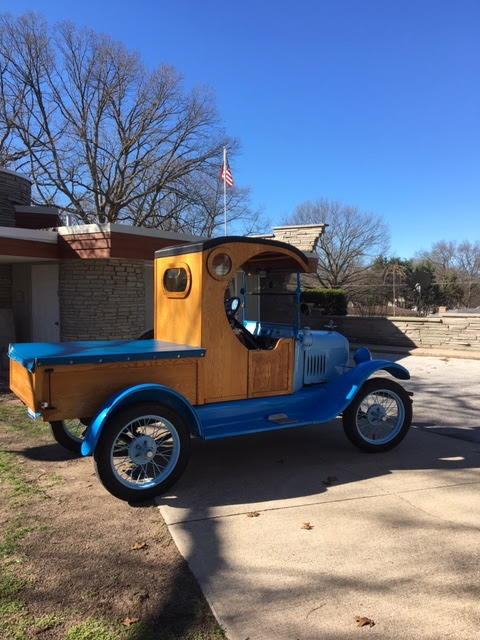 The good news is Mr. T starts pretty easily now and Karen detailed him so he's looking and running well.

Also in the no call no show department is a guy who said he was stopping by to look at our troublesome roof...we eventually got hold of him and he begged off, not just for this weekend but forever. 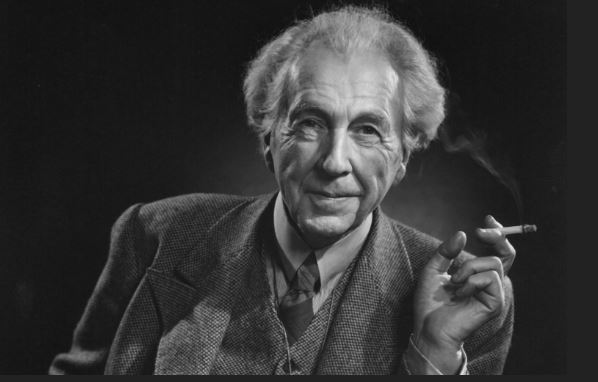 Ours is definitely a close relative of a FLW design and so we have roof issues...and finding a roofer with the cojones to work on it is proving to be no small feat.

My opinion of roofers has gradually sunk to a point where I hold them in the same regard as I do politicians, drywallers and carnival workers.

Starting to get after some outside work now...trying to decide what to do in our courtyard...it's the first thing people see as they walk to our front door and so should be some coherent design statement.

What it resembles at the moment is an abandoned pet cemetery...

...which, ok, may be a slight exaggeration but not by much.

We've left it alone mainly because we've waffled a dozen times on what we want to do with it, but we've decided this is the year...it's not going to be a pool or hot tub or putt putt golf course so by mid-May we'll have something definitely underway.

Stay tuned for the big reveal... 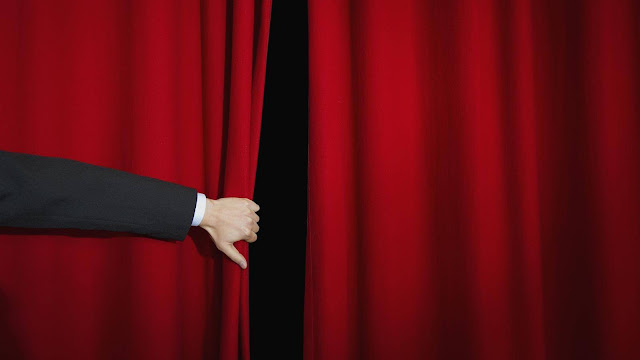 ...which in all honesty, probably won't be all that big...but hopefully better than a pet cemetery. 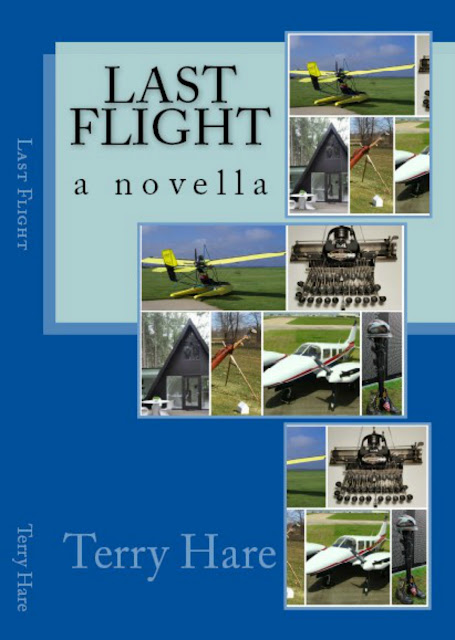 ...read it again and found a few things I wanted to change...nothing major, but tweaked it a bit here and there for clarity, including the ending.

Other than that it's been pretty quiet on the writing front...hit a dry spell as far as new ideas go...frustrating...I need to be writing but it's low tide at the moment.

Time to push Timmy back into the well, I guess...