Can We Please Go Back... 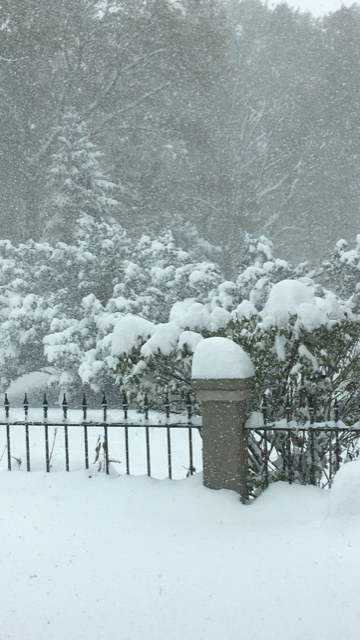 ...to when we were just frozen...and not also buried in the white stuff? 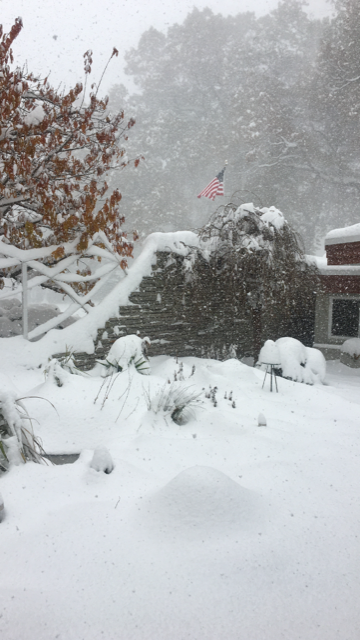 You don't have to twist my arm...I admit it's very pretty...but November 12th? 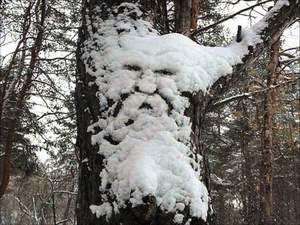 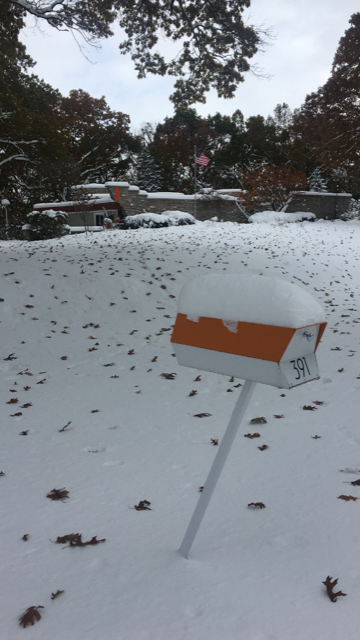 ...see all the brown leaves?

First the leaves change colors and fall, then it gets cold and snows.

Are we clear on this?

Heck, even the Tree Creature is wondering what happened... 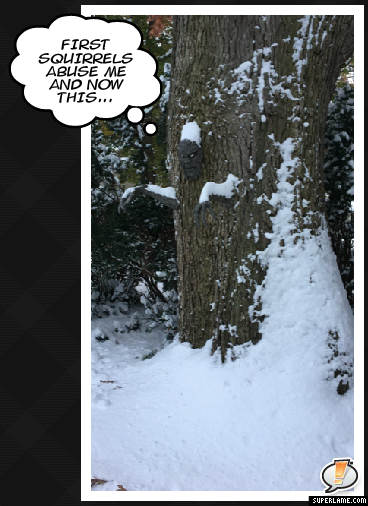 It was Veteran's Day this past Monday.
Originally called Armistice Day, it was meant to commemorate the 11th hour of the 11th day of the 11th month in 1918 when they signed the armistice to cease hostilities in World War I.

It's worth noting November 11th wasn't the actual end of the war; that didn't happen officially until June 28, 1919, with the signing of the Treaty of Versailles.

But it was when armies laid down their arms, and so in 1920 the first official observance of Armistice Day occurred.

In 1921 it was observed again, and this time with the somber burial at Arlington National Cemetery of the remains of The Unknown Soldier 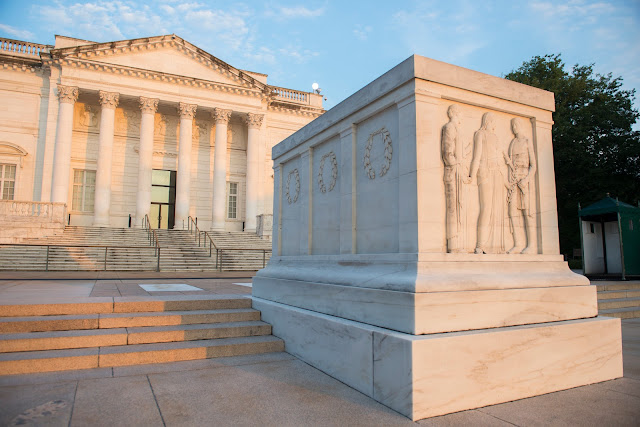 Inscribed on the back of the tomb are these words:

"Here rests in honored glory an American soldier known but to God."

In 1926 Congress passed a resolution that November 11th should be observed every year as Armistice Day.

In 1938 Congress made it a Federal Holiday..."dedicated to the cause of world peace and to be hereafter celebrated and known as Armistice Day."

Unfortunately we all know how that whole "world peace" thing has gone, so in 1954 Congress amended the 1938 act, changing the word Armistice to Veteran's.

So there's your history lesson for the day, but the real point of this is for all of us to stop and give thanks to those men and women who, through the years, have dedicated their life to service.

Many of them were called to give the ultimate sacrifice, and it is due to their bravery, dedication and sacrifice that we enjoy our God given rights of Life, Liberty and The Pursuit of Happiness. 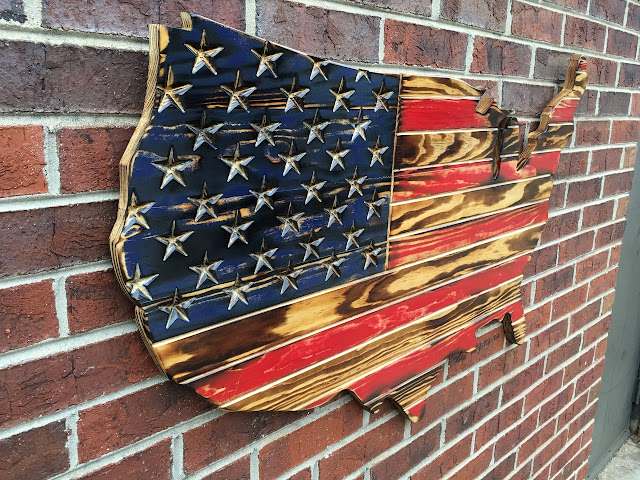 Starting to zero in on Papa's Model T: The Bambino 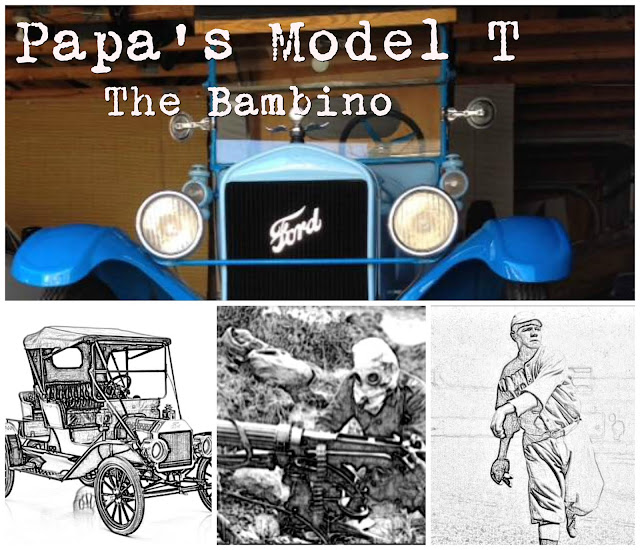 Researching and formulating at the moment, but I'm hoping to start writing this weekend.

I've got the time travel part outlined, and the "cherry on top" of their service mission...but still working on what Ike's challenge is.

Slowly making progress on turning our former carport into a guest room...new roof and new windows this past summer...and now we've insulated the ceiling...before: 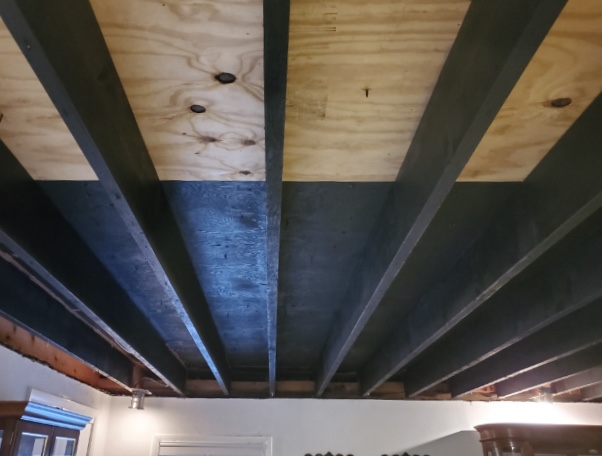 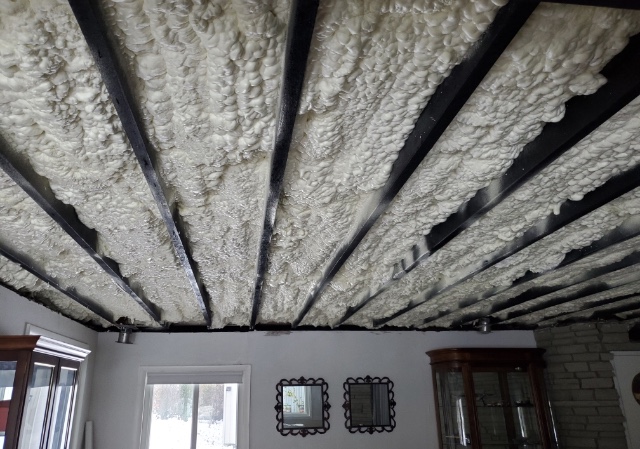 Still have a long way to go...new lights / electrical, plumbing for a bathroom, murphy bed, etc, but thankful for every step of progress along the way.

Not much shaking as we go 'round the horn this week...

When I was 20 years old and working in the oilfields, I drove to the rig early in the mornings with an older gent from Oklahoma.  This was during the CB craze of the 70's... 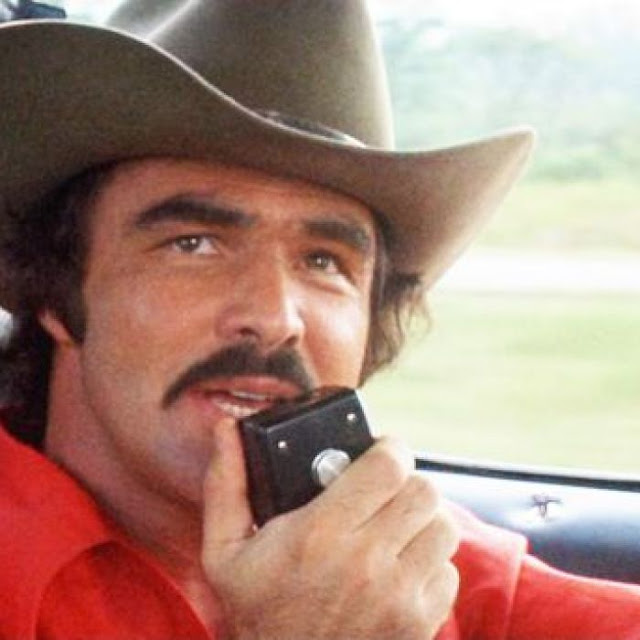 ...and he spent most of the ride there doing that "breaker breaker 19" thing, and endlessly asking about the smokey report, if there were any Kojaks with a Kodak around, whatsyur 20, etc.

All of this nonsense was simply the preamble for what everyone really wanted to get to...and that was the big sign off when they could wow 'em with their handle and clever farewell...

"This is the High Plains Drifter with the hammer down, my noise between the ditches and Smokey out of my britches..."

Hey, no one said it was easy...endings are hard. 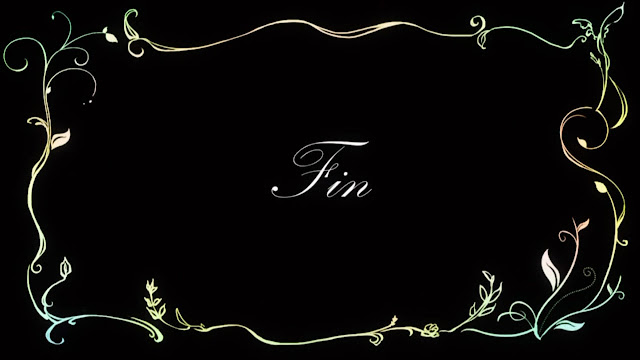