...the power of stupid people in large groups...

Yes coronavirus is real and yes there are "at risk" groups and yes we all need to be careful and work together so we "flatten the curve" and reduce the spread of this virus.

But do we need widespread panic and hoarding?

America is one of the fattest nations on earth, with - according to the CDC - more than 42% of us qualifying as "obese". 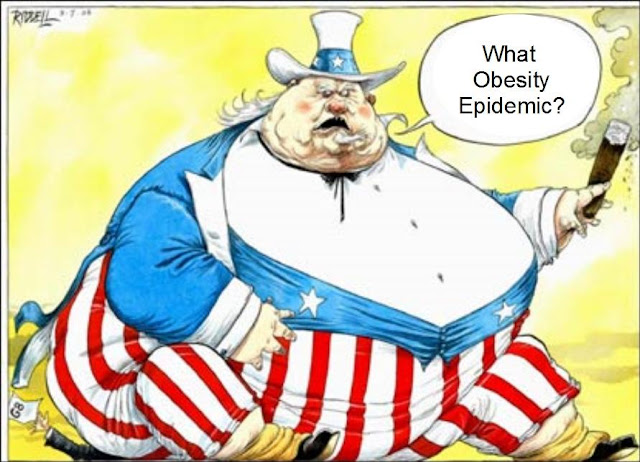 So why do we need to hoard food?

Nor do we need to hoard toilet paper of all things...but that's happening, too... 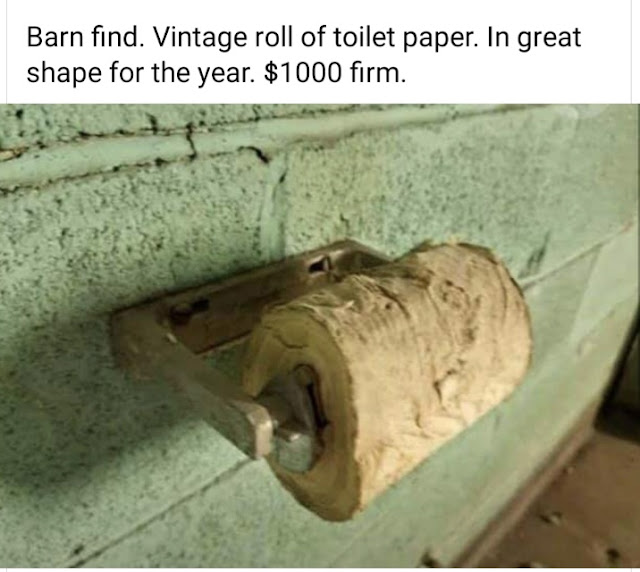 Because of all the panic spreading 100x faster than the covid-19 virus itself, people are doing truly stupid things.

You know, when the stock market plunged thousands of points... 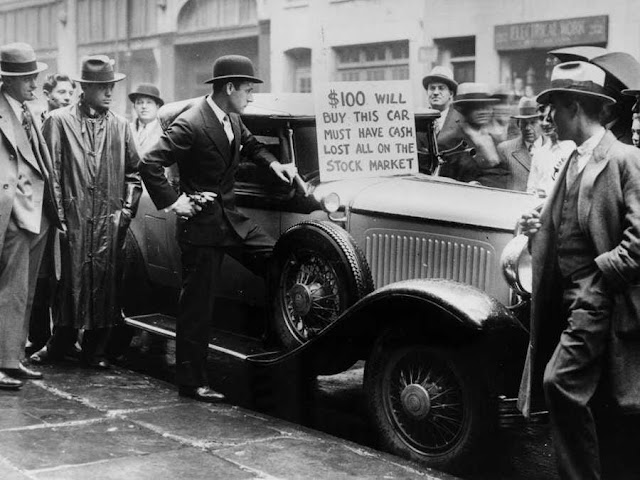 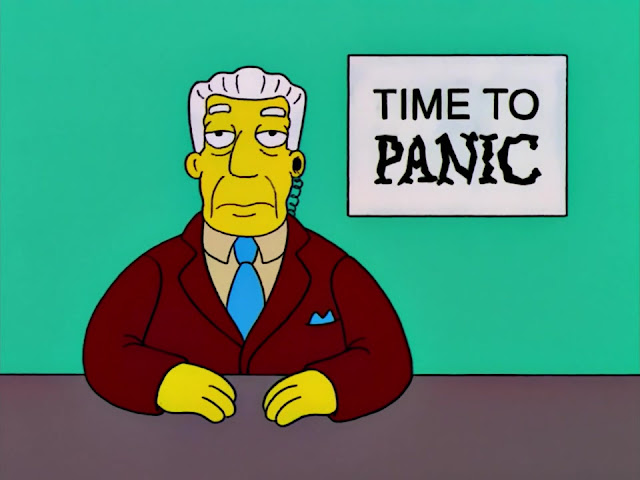 ...was breathless reporting of statistics about the spread of H1-N1, and every one had to work from home and avoid all social contact?

No?  You don't remember any of that?

Because none of that happened.

Given the current panic over covid-19 you'd think the H1-N1 virus MUST have created a tidal wave of terror.

"While a vaccine was produced, it was not available in large quantities until late November—after the peak of illness during the second wave had come and gone in the United States.

Not minimizing the current situation, just giving it some context.

Is covid-19 going to get worse in the US?

You bet; and no doubt more people are going to die.

But so far, this is nowhere near the magnitude of the last pandemic that occurred 10 years ago.

Be smart, use common sense, adhere to good hygiene and social distancing guidelines.

Above all, DO NOT PANIC.

We'll get through this.

...this is about as close as I'm going to get to a "quarantini": 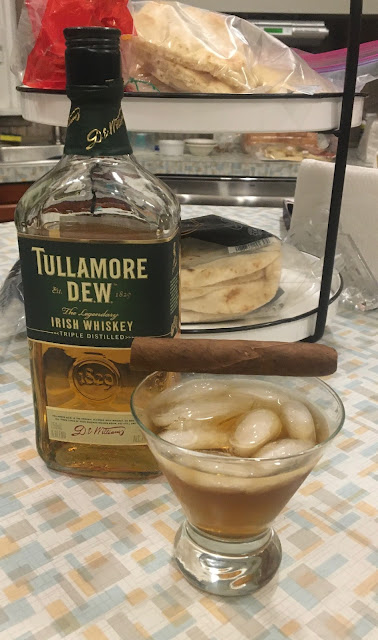 ...that's basically just good Irish whiskey in a spill resistant martini glass (yes, I know, an oxymoron if ever there was one)...plus a good cigar...enjoyed with all the comforts of home.

Continued mining gold from the silent era of Hollywood...this time including an early Alfred Hitchcock movie, "The Lodger"... 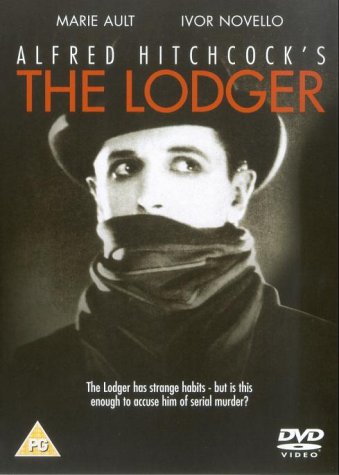 ...a 1927 British film dealing with a strange lodger who takes up residence in a home during a series of "Jack the Ripper" type murders in London.

It's interesting primarily to see the early work of the great suspense master as he was just getting started.  His devotion to suspense being created with mood, fog, shadow and implication can be seen in their infancy here.

And speaking of Hitchcock, anyone remember the TV show "Alfred Hitchcock Presents"? 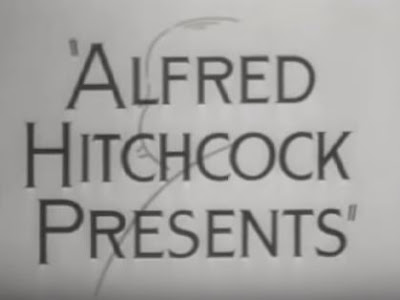 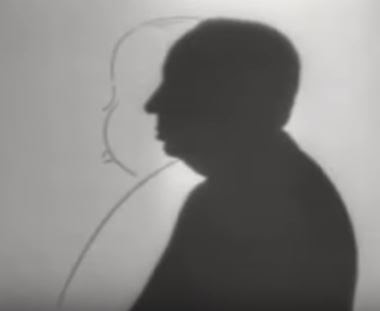 ...that showed The Great One in silhouette walking up to an outline of his profile.

Now there's someone who was apparently comfortable in his own skin.

He was also famously taciturn when it suited him, giving one of the shortest acceptance speeches on record at the Oscars when he won the Irving G. Thalberg Memorial Award in 1968: 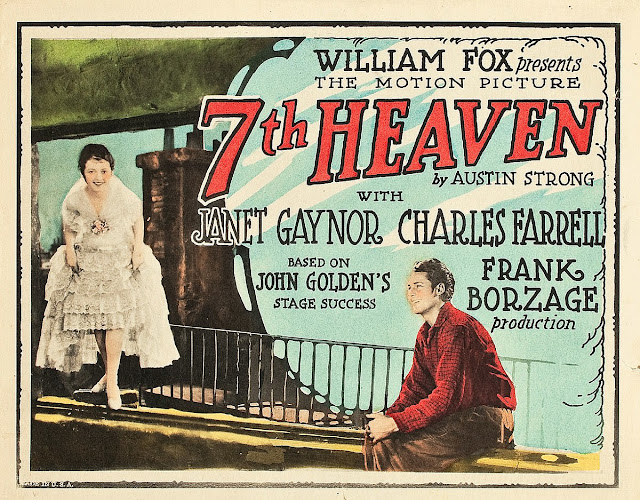 ...7th Heaven.  As with many of these films in the 1920's, this one involves young men being pulled away from their loves and marching off to war.

A typical melodrama of the era, it's well acted and - not much of a spoiler alert - has a happy ending.

Well, mostly...see the film if you want to understand why I say "mostly happy".

Notable to me was the realization my favorite movie, The Artist, gives a couple of "tips o' the hat" to this film in particular.

One is the stairway scene... 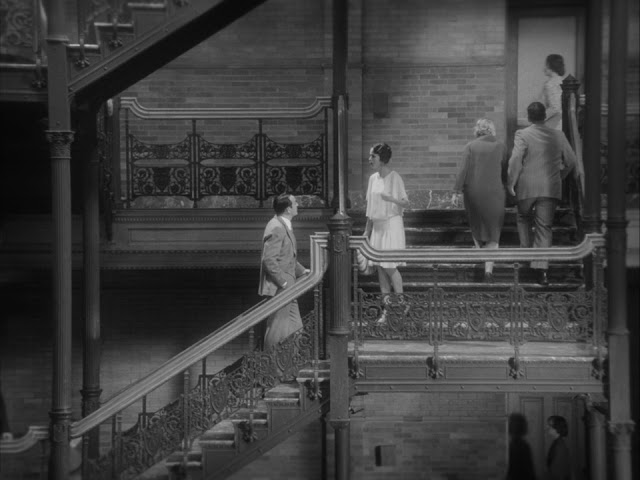 ...which simply evokes a similarity of style since the "love nest" in 7th Heaven was up 7 flights of stairs.

But the other one in The Artist that is absolutely a formal bow and acknowledgment of a Janet Gaynor scene is where "Peppy Miller" pretends she's being hugged by "George Valentin" using only his jacket that's hanging in his dressing room... 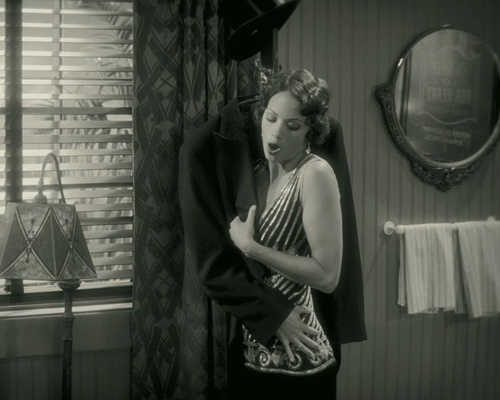 Some sights 'round and about my general proximity... 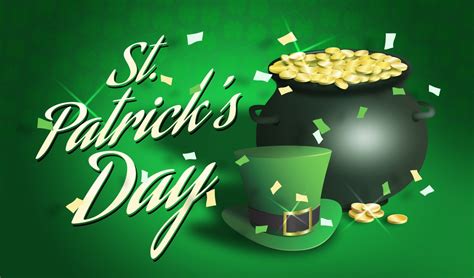