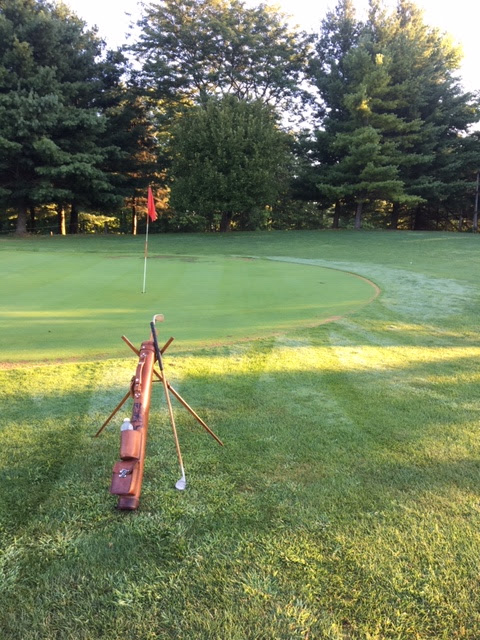 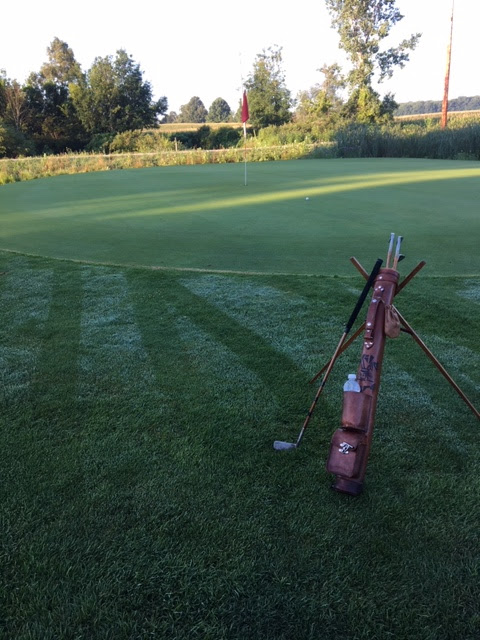 I've put them to pretty good use so far...strolling through the countryside with my hickories... 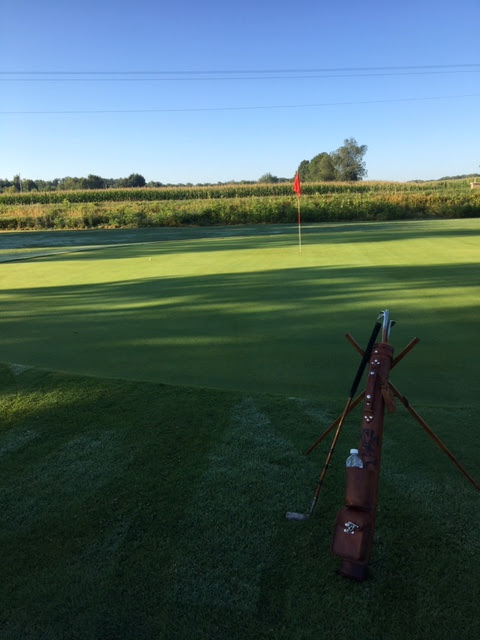 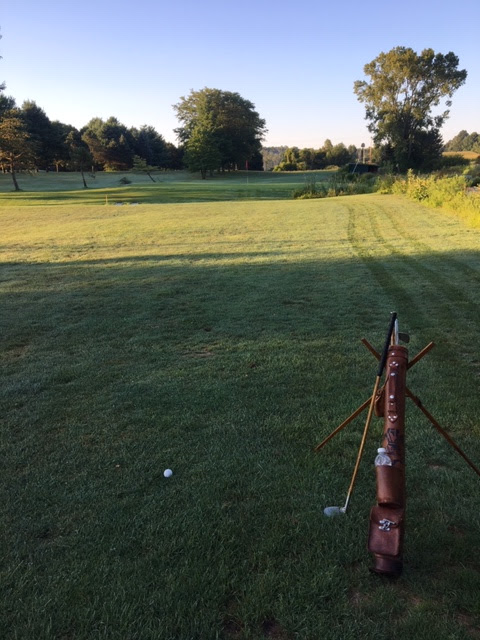 As every writer knows, endings matter.

Watched a good Dutch film...
...about the Dutch resistance near the end of WWII.  Good production values, well acted, tight, suspenseful story about the resistance tangling with the Nazi SS and the Gestapo in the last days of the war. 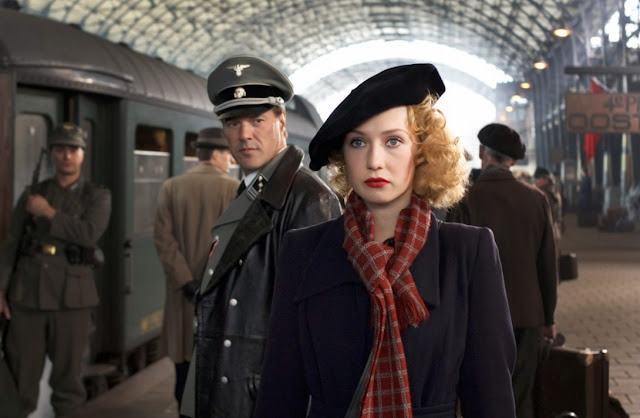 Had a little problem with their "surprise bad guy" at the end...

...it's not legit at the end of a thriller to randomly decide "hey, let's have this guy be the traitor!" unless you've planted a few seeds along the way.

So we watched it again, just to see if we missed any foreshadowing the first time...with a foreign language and subtitles, a few things could've slipped by us.

The movie was just as good the 2nd time through, and we decided they did drop a hint or two...the explanation at the end tied the loose ends together.

Good flick; def worth a look.

A minor upgrade that's been a nice improvement in curb appeal this summer is good ol' fashioned paint... 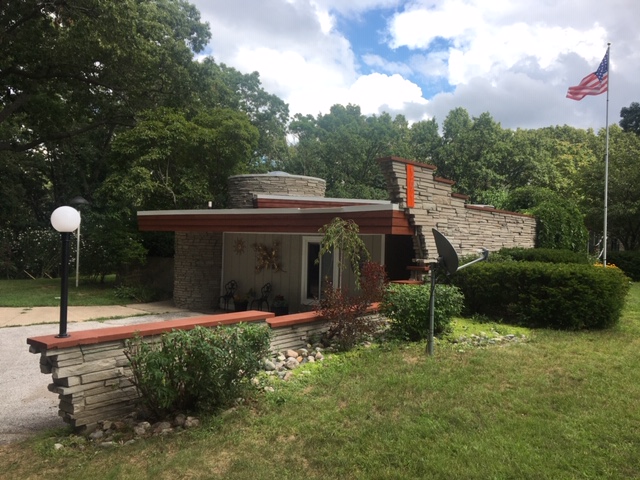 Karen painted the top slabs along our stone wall and it really outlines that feature nicely.  I had to chop down about half of the hedge in front of the wall...was almost up to the top of the light and blocking way too much of the view.

Then she did the back patio trim as well... 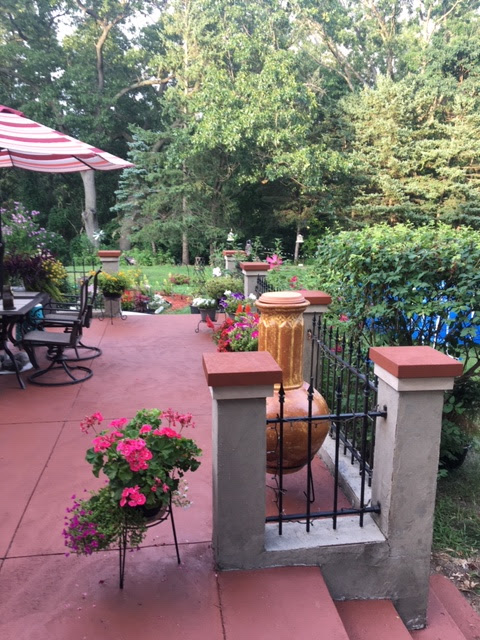 ...specifically the tops of each column...gives it a more finished look.

It's been another summer of working toward restoring this place to its former mid century modern glory.

Besides the new patio #4 son poured and some new paint, the big push has been upgrading the electrical, adding lights and outlets in the bonus / guest room and finally...after 3 years, finally...power to the garage.

And of course Karen toils tirelessly at gardening and landscaping the grounds. 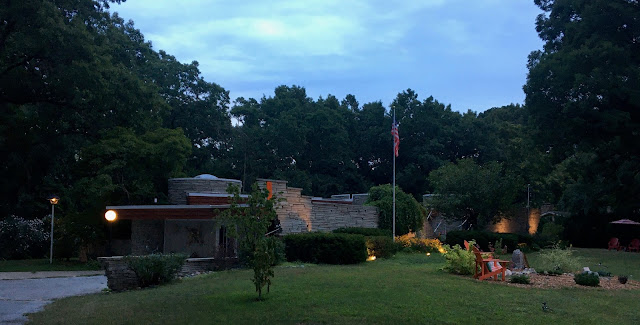 It's paying off...one evening this week Karen and I were enjoying the cool breeze out front when a random passersby pulled over, rolled down her window and shouted, "Great job on the restoration!  Your place looks beautiful!"

She then waved and drove on.

Had to be a local who'd seen the place in its sorry "before" condition.

I can honestly say I've never lived any place where strangers felt compelled to compliment the home...a testament to the architect's unique aesthetic vision back in 1961, and to Karen's constant caretaking over the last several years.

There's plenty more to do, and Lord willing we'll continue knocking the rust off and polishing all the fittings until we've got the place match fit again.

It's definitely a journey... 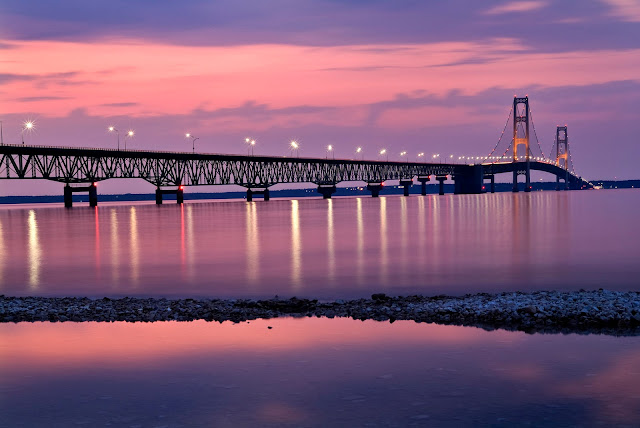 ...and not just a destination.

Once late July / early August arrives there's a concerted push to get that vacation in, and so this week I've got pics from several co-workers who've ventured into the wilds...

And finally, some random sightings from here and there...

Another beautiful summer day beckons, so I've got to get outside and experience it...hope you do, too.