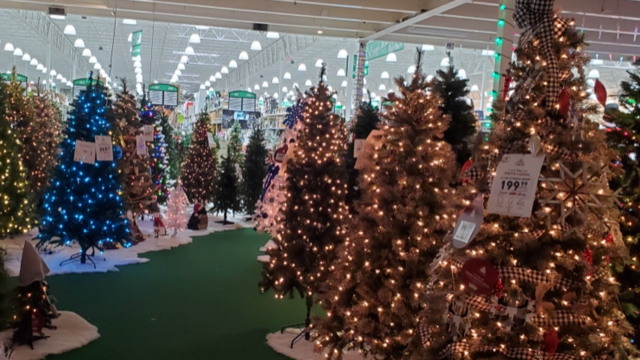 ...'tis NOT the season...no matter what our friends in the retail world say.

That's at Menards...Karen stopped in this past week for a couple of items and sent me that pic.

In spite their anxiousness to ring in the Ho Ho Ho season, we're just getting ready to decorate for All Hallows E'en... 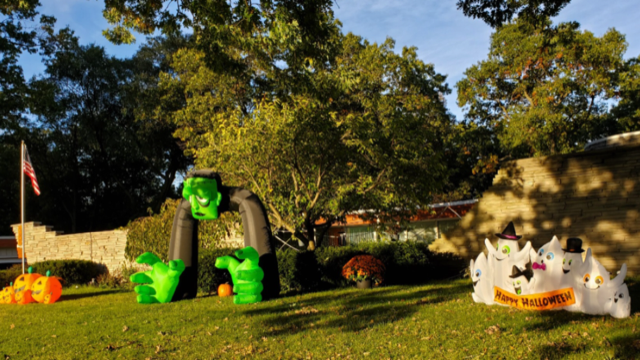 That's last year's decor but I think Big Frank will be moved to the left this year.
More to come...

Recently witnessed first hand the sad proof of dementia in one of our presidential candidates: 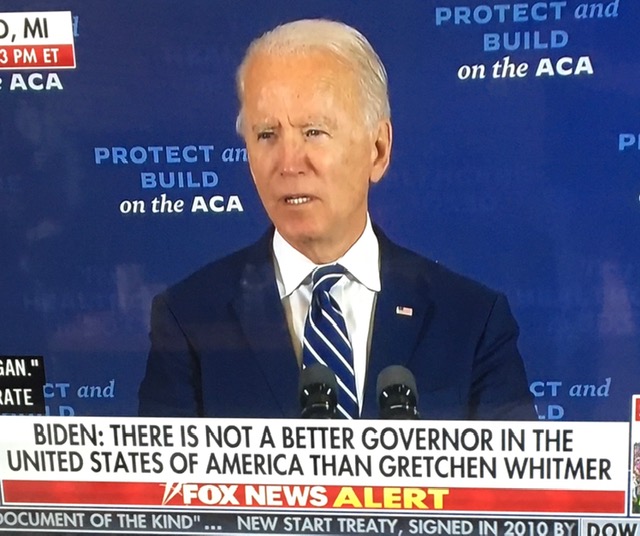 Hopefully they don't let him use sharp things or drive.

No hickory golf this week... 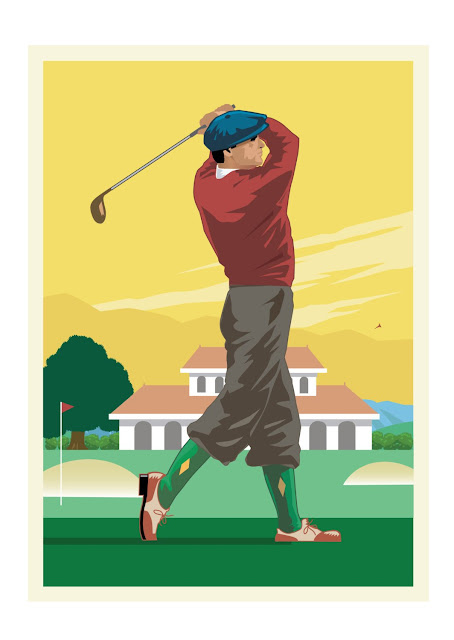 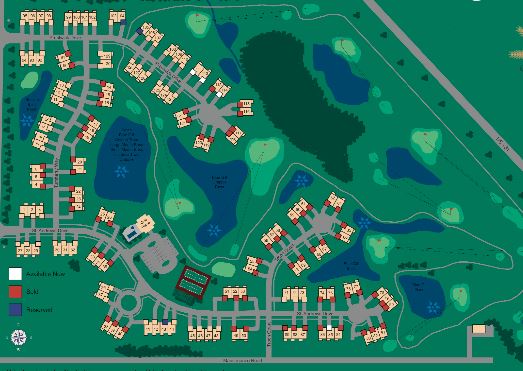 welcome to the land of water hazards, sand traps and broken windows
...and was told there was a foursome scheduled to go in front of me at 12:30.
I rolled up at 12:45 to check in and said foursome was just climbing into their cart for the 20 yard trip to the 1st tee. 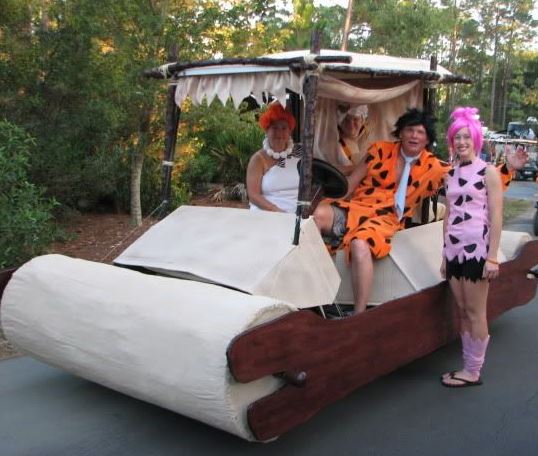 By 1 o'clock - when I was supposed to start - the guys had teed off from the whites, so they squeezed into their cart and drove the 20 yards to the red tee.
There the women spilled out and proceeded to flail the little white ball.
By then it was 1:10 pm - 40 minutes after their scheduled start time - and they had finally accomplished the monumental task of teeing off.
Let the games begin!
Back into the cart they piled for the arduous trek to where their tee shots had landed, 35 yards away - you read that right - and so it went.
It was obvious the hour I had allotted for 9 holes of par 3 golf was going to be more like three hours since I was stuck behind the Flintstones. 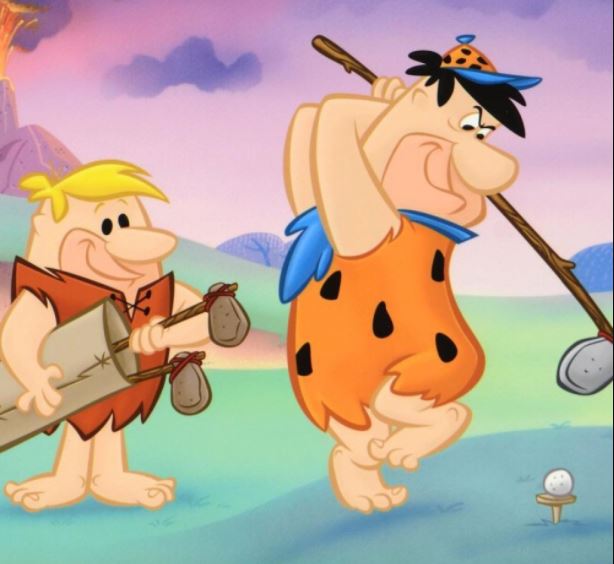 Pressed for time, I reluctantly ran up the white flag of surrender... 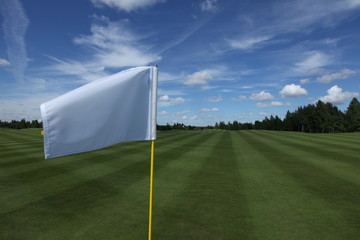 ...and called it a day.
Frustrating.

We're now into season 5 of Heartland... 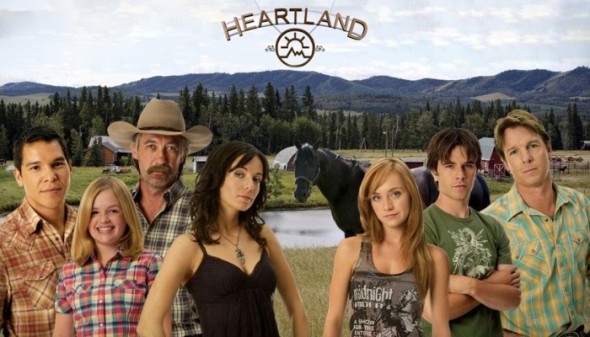 ...the Canadian TV show, and we're really liking this series.
It's a credit to the writing because they've developed the characters so well we feel like we know them and care about what's happening in their lives. 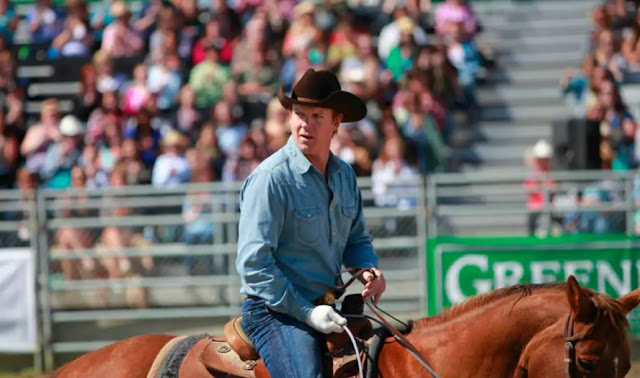 Heartland has talented actors, high production values, gorgeous scenery and it's family friendly.
If you're a fan of integrity, hard work and helping others, this is your kind of show.
Tune in; you'll be glad you did.

Made another discovery about Dean Bryant Vollendorf and his Baysweep home design... 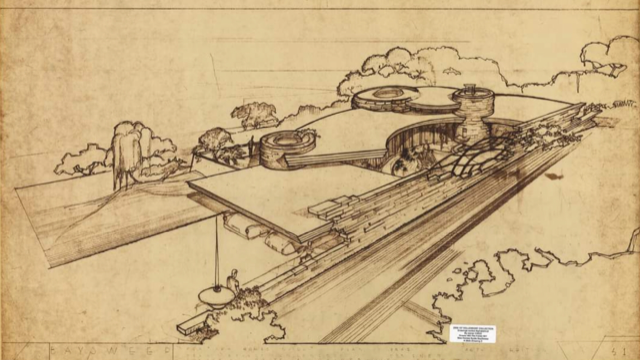 ...from someone online who's been tracking them down all around the country.
He's a graphic artist interested in architectural design and a fan of DBV, especially his Baysweep home design.

So far he's found 11 of them (including ours) scattered across the continental US and has heard rumors of several more but has not been able to verify them yet.
We knew we'd found something different when we purchased this home in 2017, but didn't realize it came with its own fan club.

Finally, since we're only two weeks away from All Hallows E'en, it's time to cue up a seasonal Double Feature:
Nosferatu... 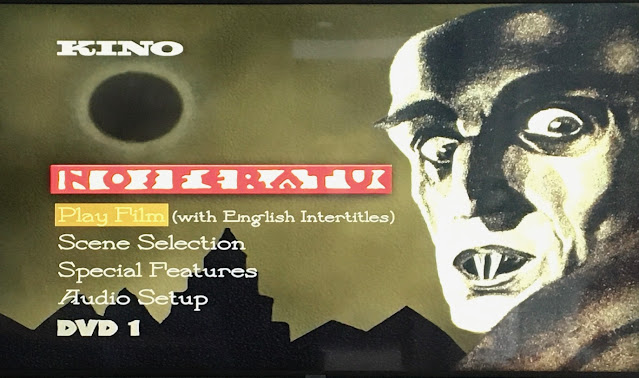 ...followed immediately by Shadow Of The Vampire... 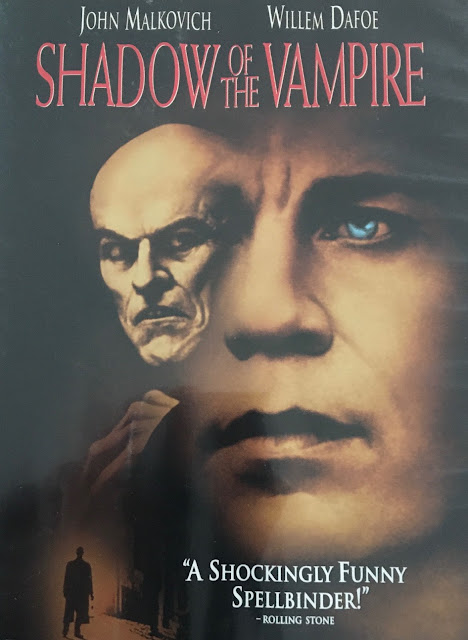 Nosferatu is the 1922 silent movie masterpiece of vampire horror by brilliant German director, F.W. Murnau.
Murnau no doubt had several screws loose, and his thinly disguised ripoff of Dracula landed him in lots of legal hot water.
It also cemented his place in cinematic history as one of the masters of German silent filmmaking. 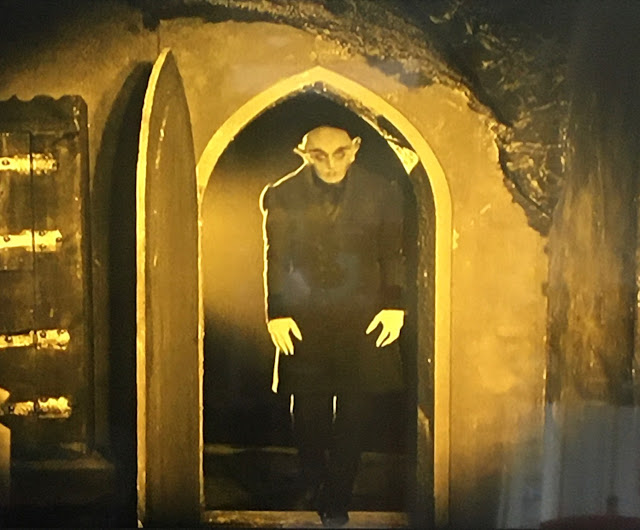 His use of shadows to create suspense... 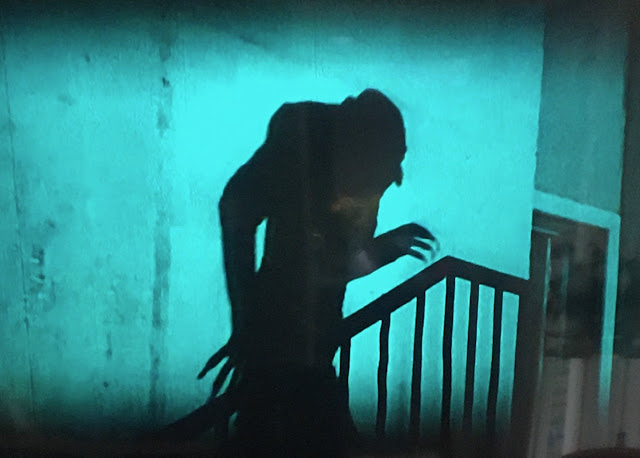 ...and inspire dread was pure genius... 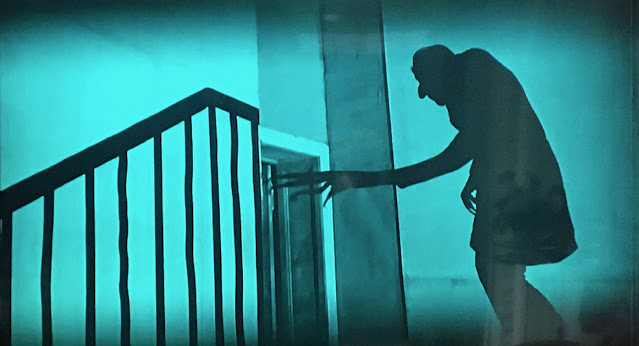 ...and Max Schreck's portrayal of the vampire, Count Orlock, was evil personified. 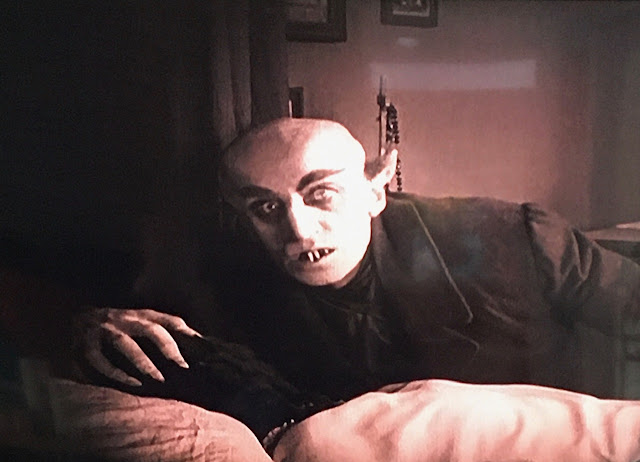 Right after the credits roll on this one it's time to sit back and marvel at the creepy perspicacity of Shadow Of The Vampire.
This film explores in depth one simple question:
What would have happened when filming Nosferatu if Count Orlock was a real vampire?
John Malkovich as Murnau is his usual disconcerting, off center sociopath...

...and Willem DaFoe is unnervingly intense as the vampire. 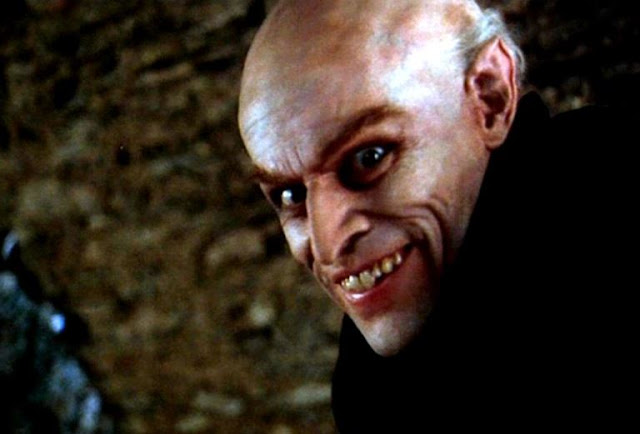 This film about making a film is captivating on every level, faithfully reproducing scenes from the original... 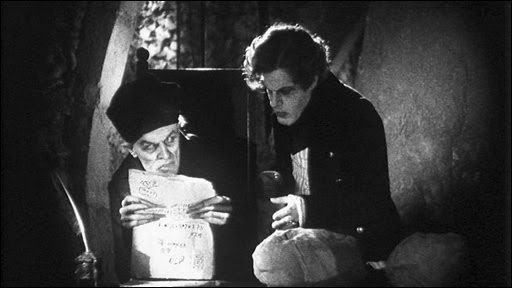 ...while expanding its reach into surrealistic territory. 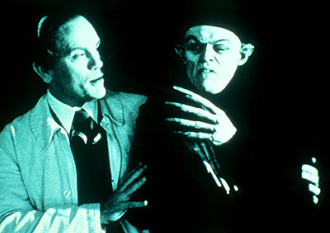 Together these two films pack a 1-2 Halloween punch that shouldn't be missed.
So grab some popcorn - and some garlic, just in case - and get your spooky on.