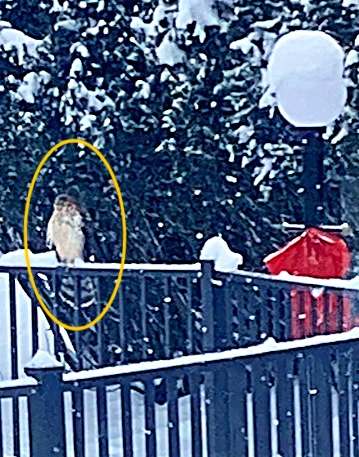 ...with bird feeders...this past week.
As snow and cold have continued unabated, Mr. Hawk has decided the menu selection at the Castle Frankenstein Cafe will suffice for now.
"One oiseau sur un plateau, s'il vou plait and make it snappy..."
And Mr. Hawk's not the only one frequenting the cafe.
Lately we've had deer wandering around in search of food. 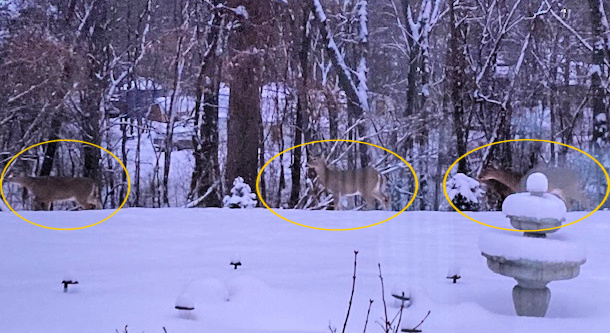 Karen has cut up apples for them, but they seem to enjoy fresh bird seed as well. 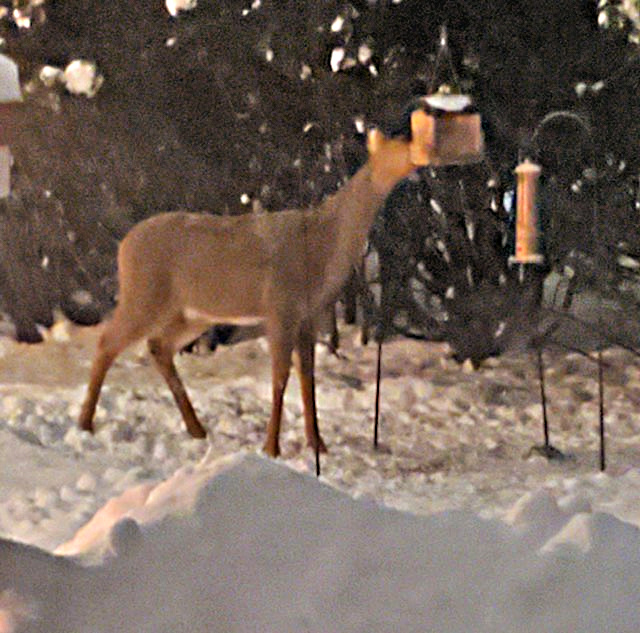 No accountin' for taste, I guess.

Lately I've been perusing a delightful book written in the 60's, but first published in 1972: 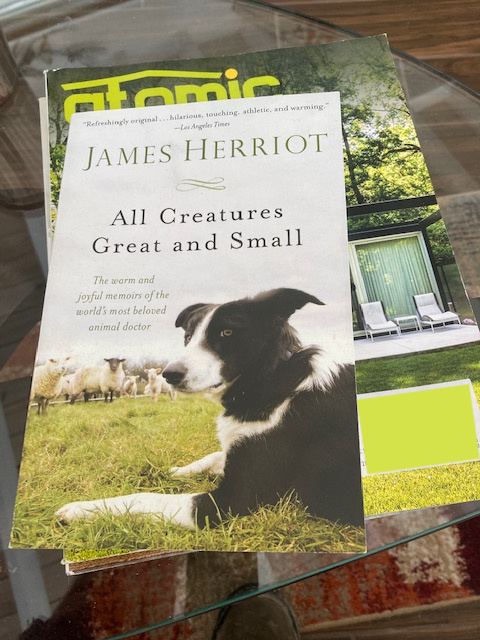 It's actually Alf Wight's (nom de plume, James Herriot) first 2 books - "If Only They Could Talk" and "It Shouldn't Happen To A Vet" - that were published in England, combined into one omnibus when published in America.
It has sold more than 60 million copies worldwide, and has been made into several movies and at least 2 TV series. 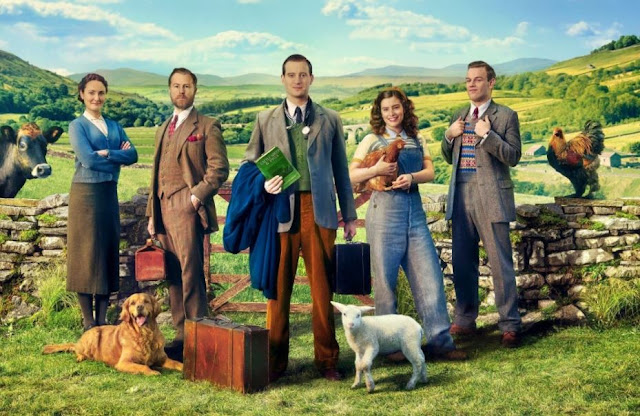 Wight/Herriot has a low key, descriptive, self-effacing narrative voice, and he puts you in the middle of every scene so you see, hear, smell and feel the events.
If there's a butt of a joke, you can bet it's him, and there are many laugh out loud moments throughout the book.
There are also tender, moving vignettes as you might expect in a profession dealing with the lives and deaths of animals...and their owners.
His writing is permeated by an overarching love for his clients, his surroundings and most of all his patients.
As he tells an old woman grieving the loss of her beloved pet and worried she'll never see him again:
"If having a soul means being able to feel love, loyalty and gratitude, then animals are better off than a lot of humans." 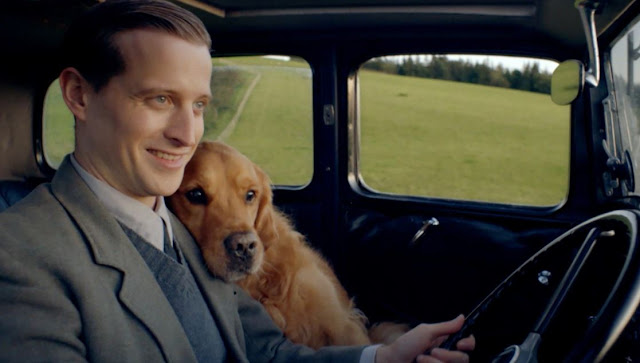 Definitely worth a read.

As we near the finish of another perfectly executed blogging adventure...

...let's take some time for a relaxed stroll through the parting shots department, shall we?

I leave you with this encouraging thought: 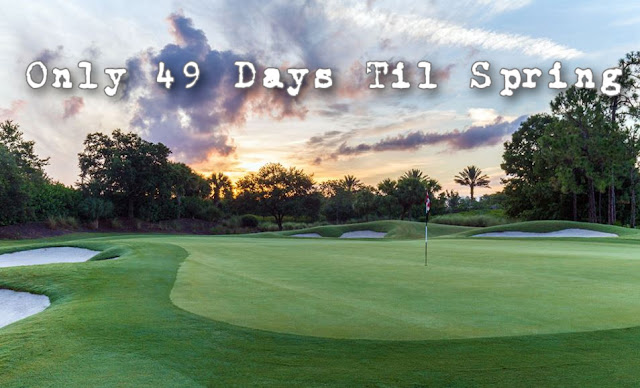