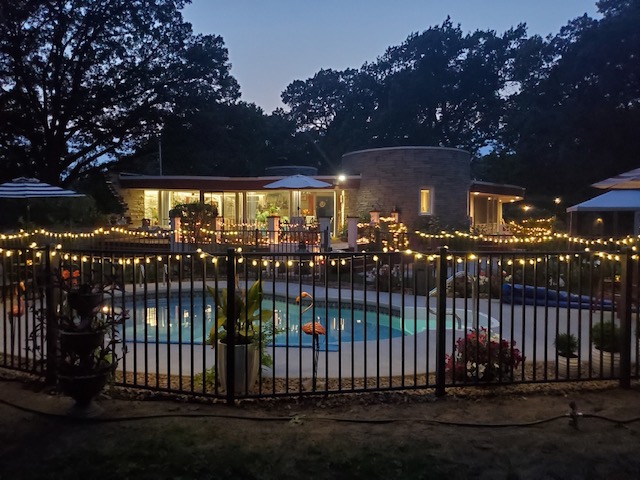 ...just got underway.
Taking Fridays off starting now through August, and those 4 day work weeks / 3 day weekends are wonderful.
So...how did I begin my first 3 day weekend of the summer?
Come on...hickory golfing of course! 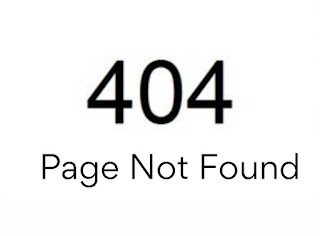 I'm sure the techno-geeks will figure things out shortly.
In the meantime...my round wasn't a total disaster - first tee shot with my mid iron was great, actually; right on the edge of the green.
As I walked the 150 yards to my ball I was thinking I was on my way to an enjoyable round.
Unfortunately, every tee shot after that was a push to the right.
As a result, I ended up losing 4 - count 'em FOUR  balls.
One of them hit a stone on the edge of the fairway and did a crazy right angle boing off into the hinterlands.
Another I lost in plain sight; I saw where it landed to the right of the green, just on the edge of the rough, but could I find it?
The next guy that came along probably leaned down, picked it up and pocketed a brand new Callaway supersoft golf ball.
The other two landed in deep rough on the right of the fairway and I didn't even bother. 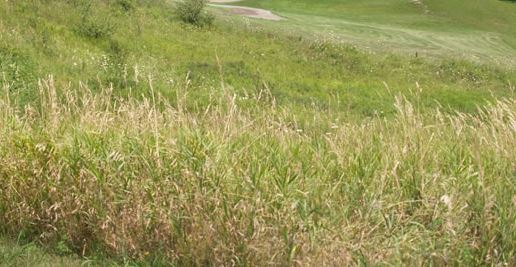 Along the way I managed to 3 putt 8 out of 9 greens, and my short game was nothing to write home about.
Now that I think of it...
My round was in fact a total disaster.
On the other hand, don't you believe those ugly rumors that they banned me from...
What?
Hold on a sec...this note just handed me...

Hmm...seems the FCC has weighed in and labeled the pictures of my round as "unfit for human consumption".
The nerve of those guys...they probably can't even tell a mashie from a niblick!
But then again, who am I to argue with the genii... 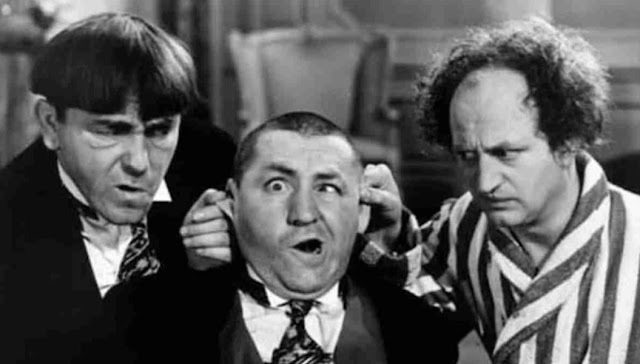 ...that populate our federal bureaucracies?
So...nothing to see here folks, it's all over now, move along, that's right, keep moving...

In the Pet Peeve department... 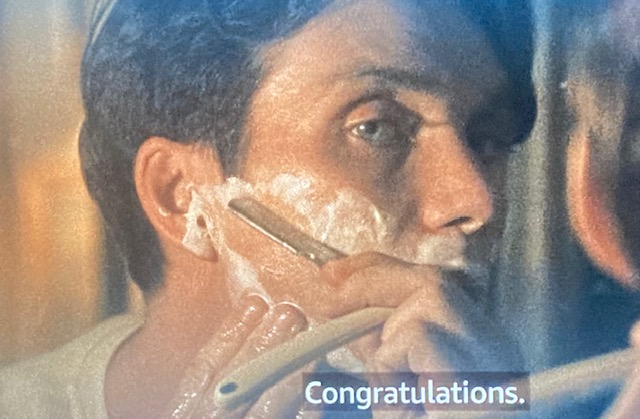 ...what is this man doing?
Yes, of course...he's supposed to be shaving.
Specifically, he's pretending to shave with a straight razor.
Only problem?
He's got the sharp side up, so at best he's giving his whiskers a little tickle, but he's certainly not shaving them off.
You don't put the sharp side of your wimpy little safety razor UP, do you?
What's worse, these shaving scenes are almost always placed in historical dramas to create an authentic look and feel.
They want to capture the gritty zeitgest of the times and get the details right; it bolsters their credibility while retelling the event they're chronicling.
Unless, of course, they get it wrong.
Then it just makes them look lazy and dumb.
Seriously, they couldn't take 5 minutes in the interest of historical accuracy and watch a video on shaving with a straight razor?
That particular scene is from the movie Anthropoid, which tells the riveting story of the Czech resistance underground during WWII, assassinating the Nazi pig, General Reinhard Heydrich.
The movie is worth your time; just get up and grab some more corn chips when that ridiculous shaving scene appears.
So...how do you do it correctly?
That's from a pretty good <instructional video>

In other news, there is progress on the next green:

Next I'll dig out a 4" diameter hole and put a small paint can there as a "placeholder".
After that I'll do 8 or 9 reps of compacting the crushed limestone with that 13# hand compactor you see in the top right corner of the picture.
Then I'll spread a bunch of sand over it and compact it some more.
At that point I'll remove the paint can and replace it with the actual cup for the hole, and compact around that area to be sure it's flat and level.
Finally I'll lay the 6'x12' short pile outdoor carpet over it and spike it down with garden edging.
Last step is to take a utility knife and carefully cut out the hole and put the flag in place: Yep, even though there are 3 greens already in place, this is going to be hole #1 on the course.
Lord willing, hole #5 will be in place sometime in June.
Hole # 6...well, still in negotiations with the Lady of the Manor, since that one goes in the front yard...along with 7, 8 and 9...and now you're talking about curb appeal, resale value, etc etc etc.
She says that's going to cost me an arm and a leg; I've offered a kneecap and three toes.
Besides, this is a matter of principle!
I say you've got to be an illiterate hillbilly...

...if you don't want a 9 hole wiffle golf course in your yard!
More to come.

But not now; I'm tired and headed to bed.
You know the way out, and no, it doesn't go by the liquor cabinet.
Now go on; git.
later, mcm fans
* Crass Commercialism Corner *