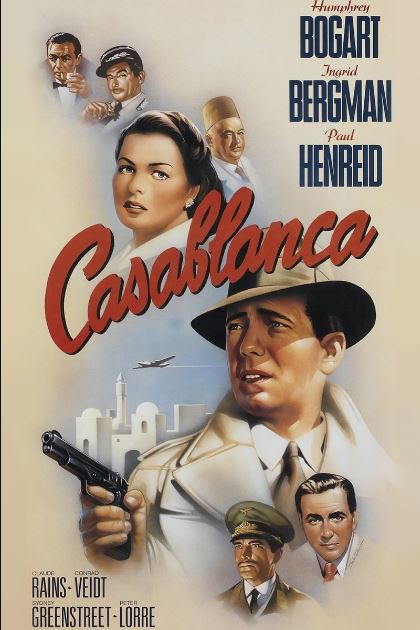 ...for the links I frequent is Casablanca...because Bogey is definitely the star.
3 pars, 3 bogeys, 3 double bogeys put me back in the clubhouse at +9...right at bogey golf.
The highlight was hitting out of a sand trap on my 2nd shot and leaving it 5 feet from the pin, which I then converted to par.
The lowlight was once again dropping one in the drink on the 2nd hole. I'm just about ready to skip teeing off on 2.
Instead, I'll walk to within 50 feet of the green and throw a ball into the water as my ritual sacrifice to the demi-gods of the golfing underworld.
Assuming they accept my offering, I'll try chipping onto the green and hope for a double bogey.
The rest of the round was my usual mix of occasional flashes of competence punctuated by episodes of rank dufferism (a real word I just invented).
I am going to add my driving iron to my bag from now on... 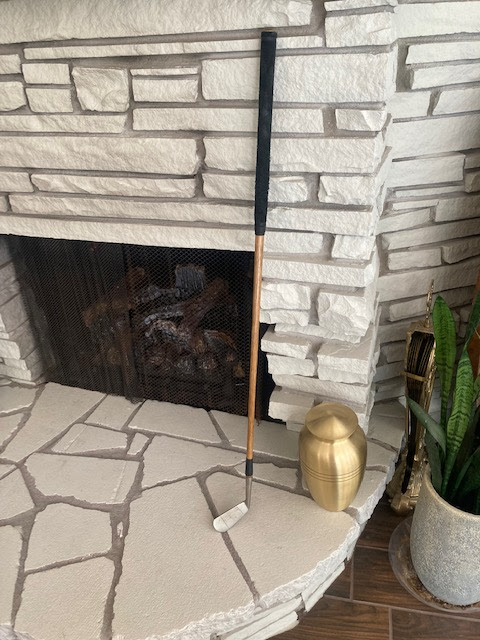 ...though in reality I shouldn't need it.
I can hit a Calloway super soft 175 yards with it, and no hole is longer than 160 yards...but on #1 and #8 I'm consistently short of the green, so we'll see if it helps.
Sometimes I wonder why I bother, yet oddly, I'm already looking forward to next week's round.

Work continues at my grandson's house... 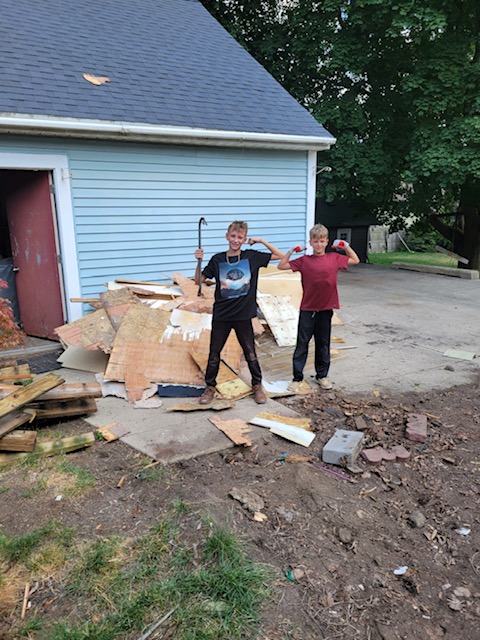 ...and they brought in the big guns to handle the heavy lifting.
As the song opines, this one is a family affair... 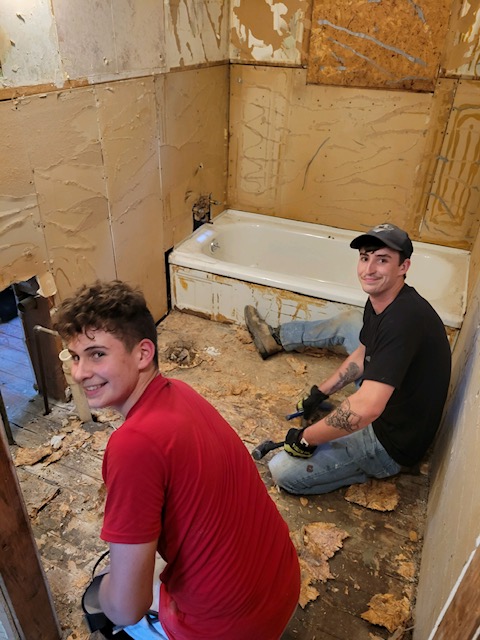 ...and it's not just demo...they also installed a new window in the kitchen... 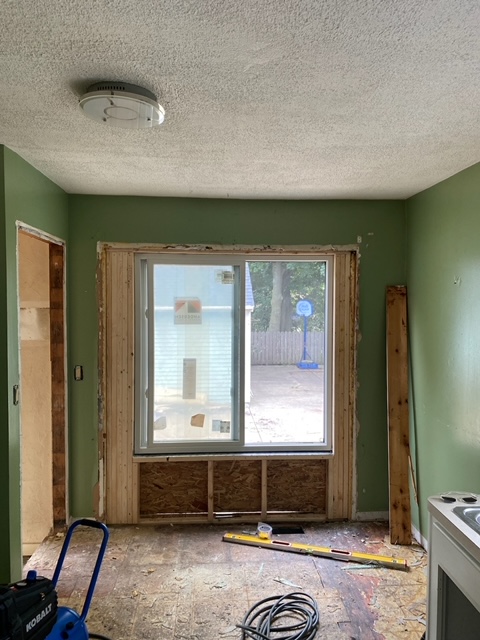 ...so they're turning the corner on stripping it down and have started putting it back together again.
Next report should show some good progress.
We hope.

I just realized I have a new need: 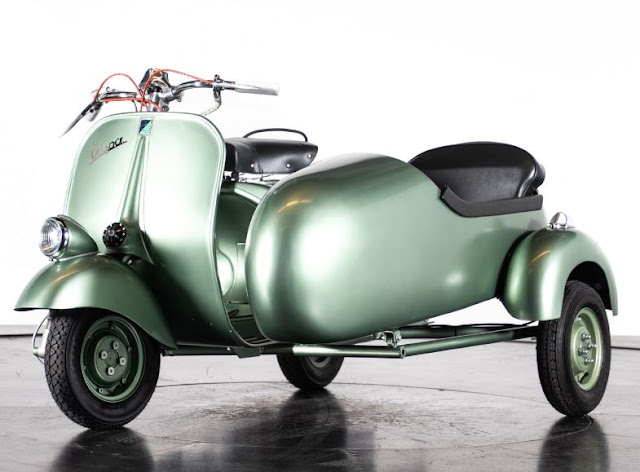 That's a Vespa Piaggio with sidecar...to hold my golf clubs (or bowling ball).  Heck, I'm even willing to haul some groceries now and then.
With SloJoe in charge... 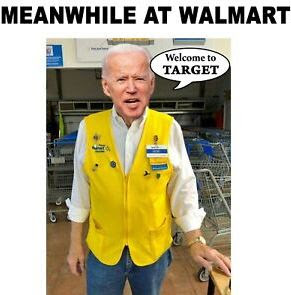 ...our energy policy has become:
1) shut down domestic oil production  -and-
2) beg the Saudi's for more oil 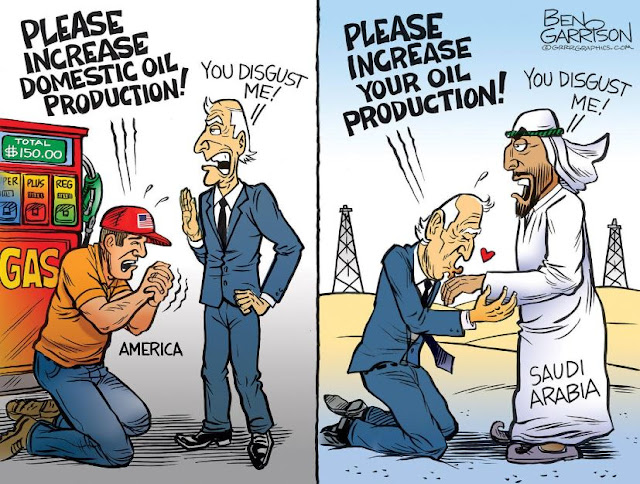 Consequently the moron in chief has pushed gas prices to unheard of levels, which makes owning a Vespa seem like a great idea.
I offered to give Karen a ride but she assured me there's no way she's ever getting into that.
And here I thought she'd be Audrey Hepburn to my Gregory Peck... 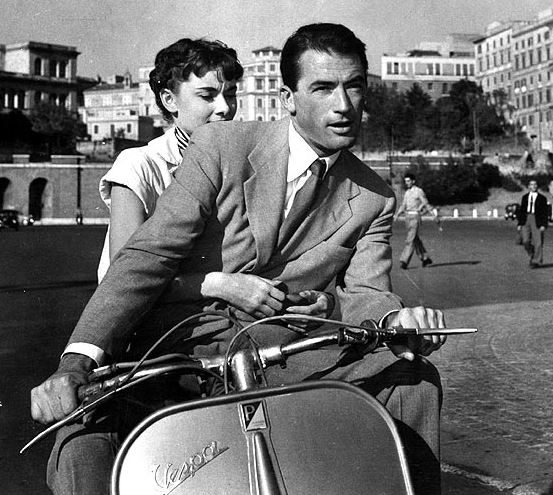 We're heavy on floral pursuits for the Parting Shots Department today...May is glorious month in Michigan when everything starts blooming, but it just keeps getting better as the summer rolls on...

The 2nd President of the United States, John Adams... 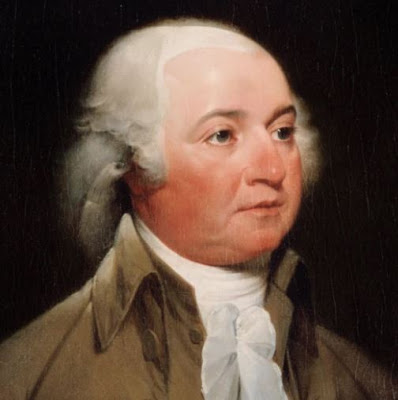 ...said this about the supreme law of our land:
"Our Constitution was made only for a moral and religious people.  It is wholly inadequate to the government of any other."
A sobering truth for our current age.
later, mcm fans...
* Crass Commercialism Corner *