...living in a digital age...
A friend at work recently commented he hadn't programmed his new thermostat yet.
"Too complicated," he told me, "so I just set it manually for now."
I can definitely relate, and remember the days of my youth when the world was still analog.
Back then my friends and I did stuff, like playing outside in the real world, hitting baseballs, riding bikes, rather than sitting inside like zombies staring at video games.
We also talked to people in person, looking them in the eyes, learning about human relationships, rather than texting them on cell phones, staring at our palms and replacing literate expressions of language with generic happy face emojis.
And of course, in those days household gadgets and appliances were analog, not digital.
You didn't program your sound system, you turned on your record player and spun some vinyl. 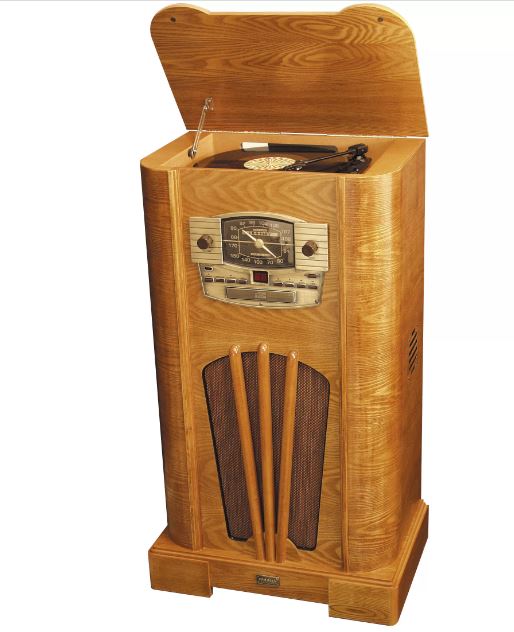 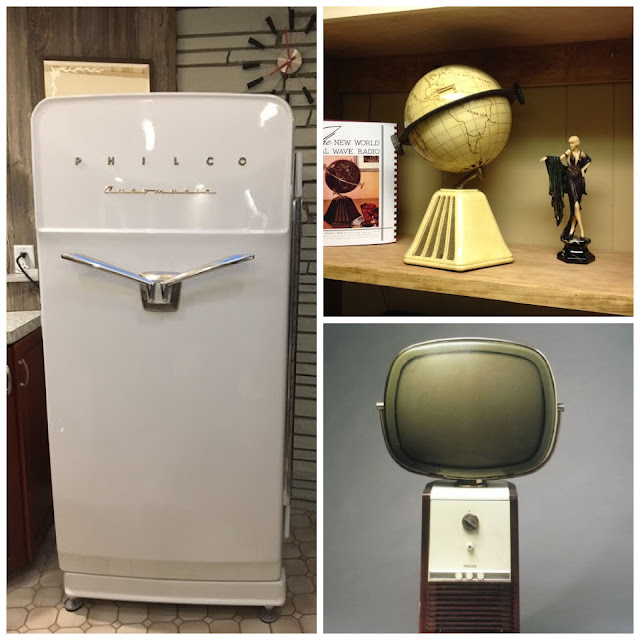 ...and of course, thermostats. 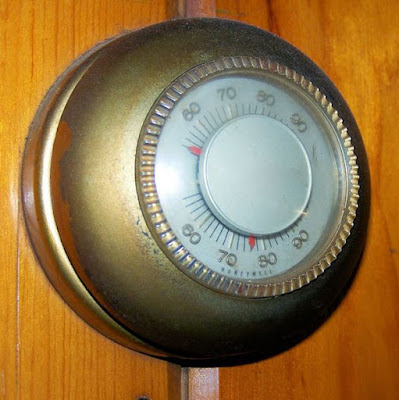 It's different today.
I recently did a network scan of my home, and was amazed at how many devices were identified as potential nodes...toaster, stove, clocks, etc.
Ridiculous.
As I thought about my friend's comment, it brought to mind something I read when I was a kid: 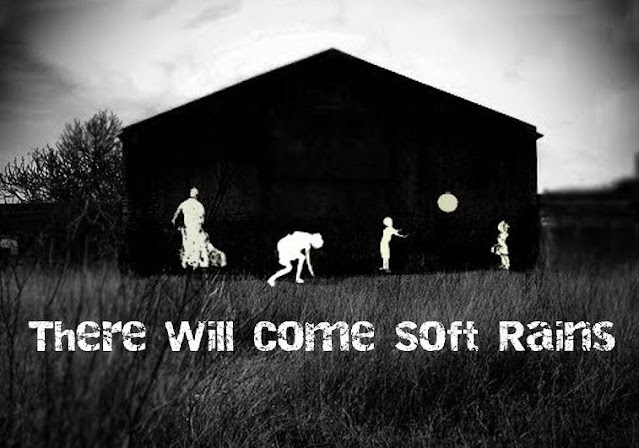 The Ray Bradbury short story, not the Sara Teasdale poem, though he does quote her poem in its entirety.
Written in 1950, his story is set in August of 2026...just a few short years from now.
It tells the tale of what then was unthinkable, but what we now know as a "smart home":
A completely computerized / automated house that keeps track of and announces everyone's appointments, cooks their meals, cleans their dishes, rugs and rooms, and in general runs everything on a pre-programmed schedule.
We experience one entire day, from morning to night, of the house keeping its now pointless routine...there's no one living there anymore.
In fact, there's no one alive in the entire town, because a nuclear blast has destroyed everything and everyone with the miraculous exception of this one home.
We even see the seared images of its former residents, flash photographed in silhouette on the west wall of the home when the nuclear explosion vaporized them instantly.
Finally at the end of the empty day of unheeded announcements, uneaten meals and unplayed bridge games, a tree falls.
It crashes through the roof, sparking a flame, and the home begins to burn.
Throughout the night and into the morning automated robots frantically attempt to put out the growing inferno, racing back and forth, coldly announcing alarms nobody hears, until finally they are overwhelmed and the battle is lost.
By sunrise there's only one wall of the house left standing, and somewhere within it a mindless voice announces repetitively to no one, "Today is August 5, 2026, today is August 5, 2026, today is..."
It's a poignant reminder mankind's relentless technological progress is outstripped by our endemic penchant for self-destruction:

And now, in the point / counterpoint department:
If you have to eat crow... ...it's best to do so with grace and ketchup.
Not so long ago I said I couldn't give up my hickory clubs...I enjoyed the vintage game too much.
I even threw in a self-serving comment that I didn't want an improved score if it was only my equipment that was better and not me.
Well pass the ketchup, please.
After a couple of disastrous rounds with my hickories, and the loss of more brand new golf balls than I care to count, I ran up the white flag of surrender:
I shelved my problem child mid-iron in favor of my Majek hybrid 5 club.
And just for good measure, I threw in my Majek hybrid sand wedge as well. 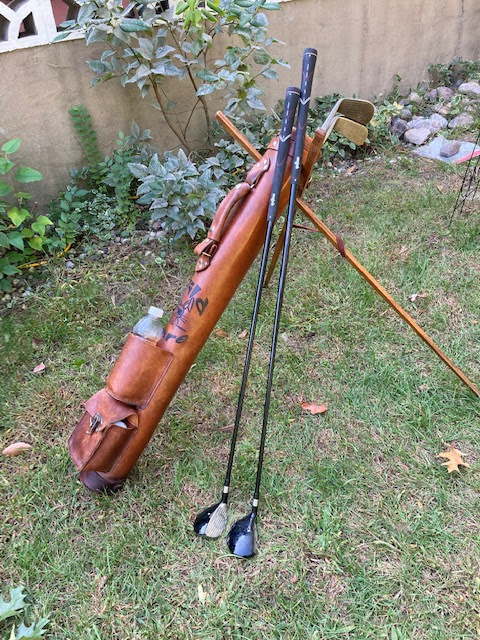 The difference was dramatic...more distance, straighter shots, better score.
The one time I landed in a sand trap - off the #9 tee with my mashie - I was out in one stroke with the Majek hybrid sand wedge.
Hate to admit it, but it's feeling like it's time to retire my hickories... 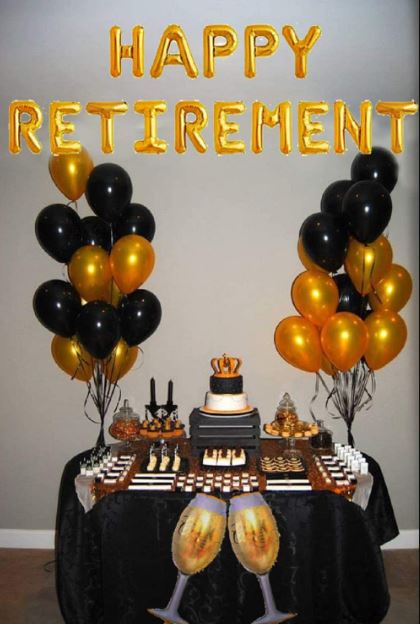 ...at least for now.
To be fair, if I was still playing my former course (40 minutes away), I wouldn't be at this point.
That course is very straight, no sand traps, and only 2 holes where water is involved.
The course I play now - only 12 minutes away - has narrow fairways, water and sand on every hole, so even though it's "only" a par 3 course, it's far more challenging.
Bottom line, I'm tired of dropping balls in the drink every round and it's clear - the larger sweet spot on the hybrids makes it easier to hit better shots.
Better shots = fewer lost balls = less frustration = more fun.
I do still love my hickories, but… 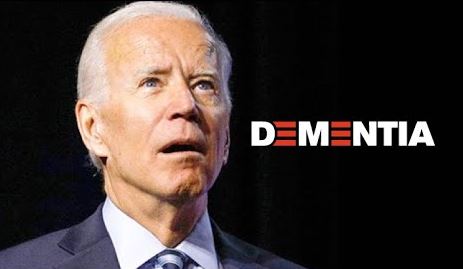 Well yeah, a corrupt buffoon illegally squatting in the White House and pretending to be president is scary, but...
What's really spooky is - in spite of our best efforts to slow things down - we've already arrived at... 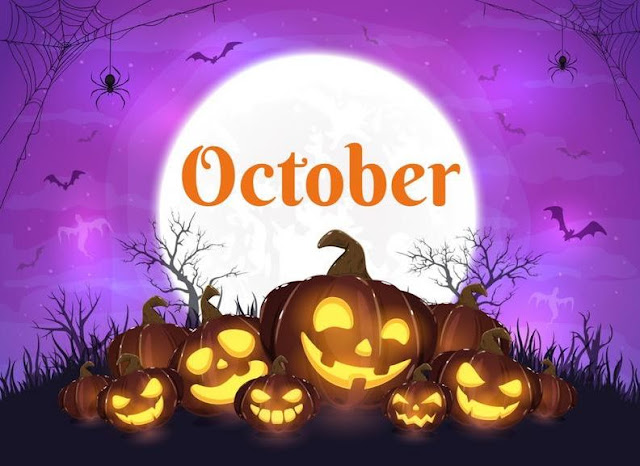 Yes, it is one of my favorite months, but 'round these parts the average high temp drops from 68 degrees on October 1st down to 54 degrees by All Hallows E'en.
Now that's scary.
But this October 1st is sunny and 70, so time to pull out the Halloween decor and see how Mr. Bolts and his troops are faring: 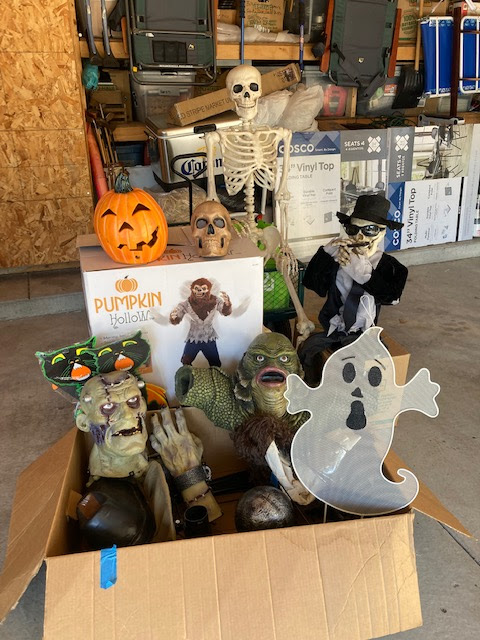 Ok, so not quite ready for prime time yet...Mr. Bolts is still trying to pull himself together, but what can you expect of a grave robbing experiment gone horribly right?
And Wolfgang is still boxed in but he'll be ready to howl at the moon when the time comes.
Gotta kick the treat bag production into gear.

For the Parting Shots Department, I'm stealing a page from the Retrospekt Blog...they do a segment called "8 Frames" where they feature all 8 shots from a single pack of Polaroid film...the good, the bad and the ugly, no edits, no do-overs.
So here goes, my very first "7 Frames + 1" segment (no copyright infringement issues here) from October 1st, 2022.
I used my favorite camera, the Polaroid SX-70, and a pack of Polaroid's SX-70 film.
My theme is "Fall / Vintage Favorites".
Fall has always been an intro/retrospective time of year for me.
As Nature closes up shop for another winter, and life of necessity turns inward, my thoughts center of Autumn's beauty and a few of my favorite (vintage) things.

There you have it: 7 Frames + 1, and if Retrospekt sues, I'll change the name to "6 Frames Plus 2" and roll on.
Seriously, if you're an instant / analog photography fan, check out their blog <HERE>. 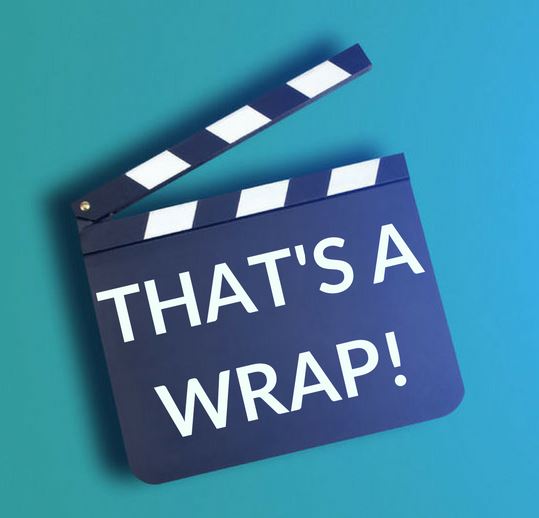 Thanks for stopping in, and as my ex-father in law used to tell me, come again when you can't stay so long.
later, mcm fans...
* Crass Commercialism Corner *