Are We Having Fun Yet? 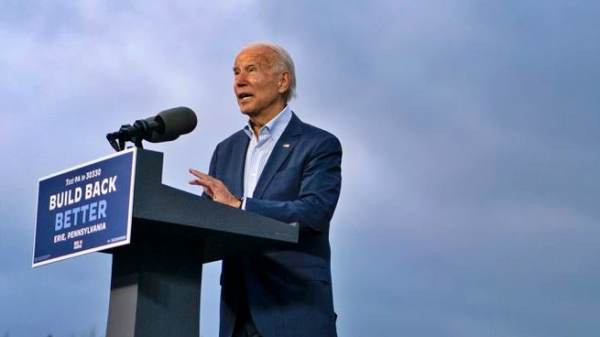 Behold the most popular man in the American Corporation: China Joe.
Yes it's true...we're asked to believe this cognitively impaired shell of a man - whose specialty is vacant stares and word salads when asked any question more complex than "what's your favorite color?" - whose main accomplishment in five decades of feeding at the public trough is enriching himself and his family via influence peddling - is, based on alleged vote totals, the most popular president in history!
That's some top notch, grade A palaver right there.
The real explanation for this bumbling 2nd banana's sudden rise from political hackdom to the leader of the American Corporation is found in a video that was posted on November 28th, 2020.
It has since been removed from Chinese social media due to its uncomfortable proximity to the truth:

Did you catch all that?

China ha been seriously attempting to infiltrate the U.S. since the 1970's... 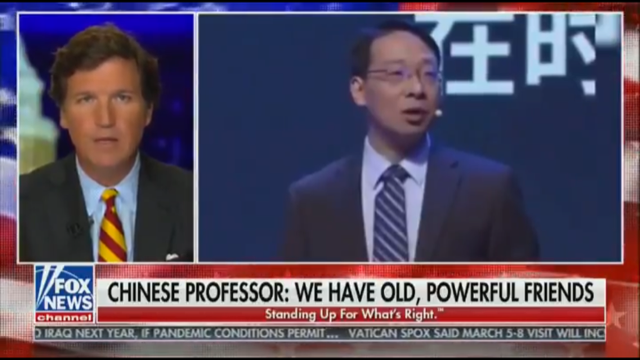 ...but didn't enjoy real success in this endeavor until 1992.
Lessee, who became president then?
O yeah, the Pride of Arkansas, Slick Willie Clinton, Mr. "I Didn't Have Sex With That Woman".
Never one to pass up a chance at personal enrichment, once Slick took the reins of power he began selling out America to China in earnest, and of course, others followed. 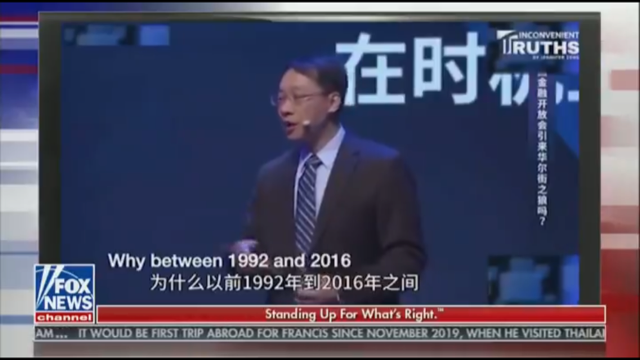 Between then and 2016 the Chinese did very well at putting "their people" at the top of our elite in both politics and finance... 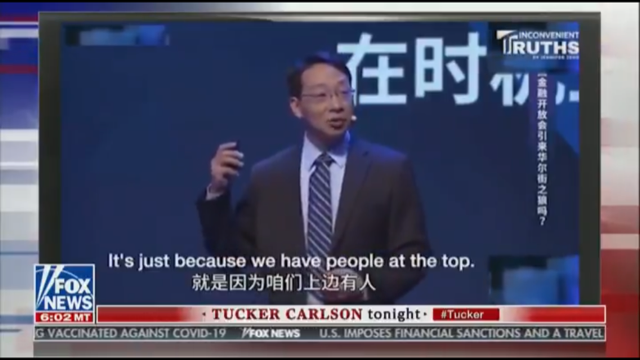 ...where they were able to influence our political and financial policies to their benefit and smooth over any and every dispute...for a handsome price to their American lackeys, of course. 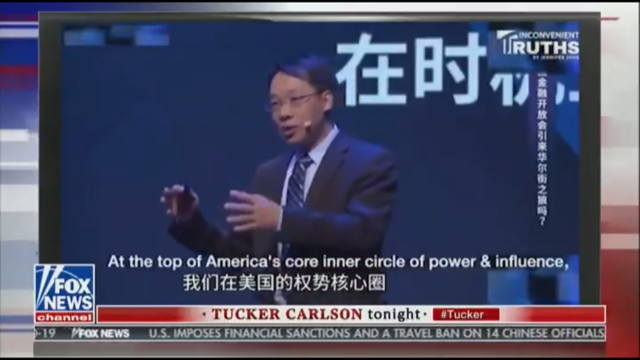 But then something unexpected happened in 2016.

President Trump was elected, and to their dismay he could not be controlled by either Wall Street or Washington.

Suddenly China was on the defensive.

A trade war - that they were losing - was in progress, and the Wall Street and Washington power structures were shaken to the core. 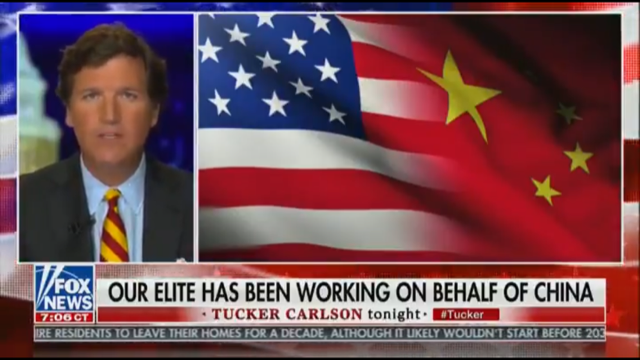 The profitable liaison between Communist China and Wall Street / Washington was being disrupted and all those bought and paid for politicians and power brokers were no longer pleasing their communist overlords. 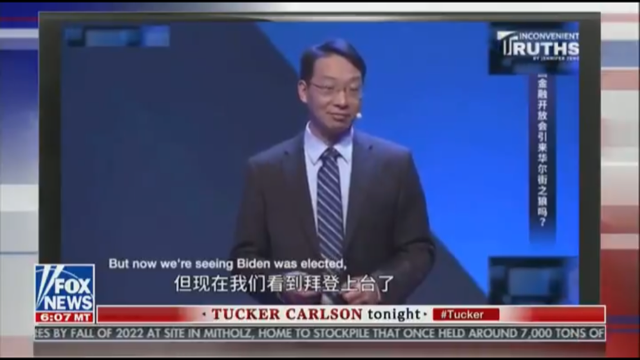 If you watched the video, you know this was the biggest laugh line of the night.

And why is that?

Why did this Chinese economics professor's audience break into spontaneous laughter at the mention of China Joe being elected instead of President Trump?

Because in spite of what Big Tech and Big Media, obedient servants to the CCP, are shouting from the rooftops - the world knows this election was stolen.

If you haven't caught up to that truth yet, consider this: you know less about what just happened in your country than a group of Econ 101 students who live 7,200 miles away in Communist China.

Sadly, whether you're awake and aware of your surroundings or still pissing your life away fakebooking and twitting, it's too late.

Over the last 40 to 50 years the constitutional republic that once was America has been sold piecemeal to the highest bidder.

It's no longer "America The Beautiful" governed by the will of We The People, but rather "The American Corporation", a corrupt and wholly owned subsidiary of the CCP.

Like Scrooge on that fateful Christmas Eve, we had just the tiniest chance of escaping our fate... 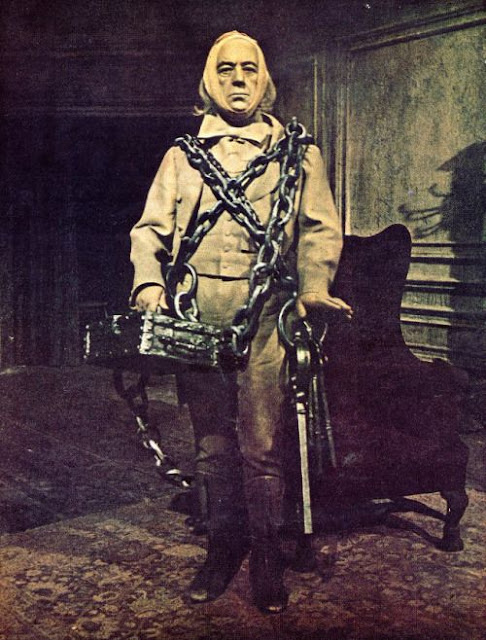 ...and the chains of economic and political serfdom we have forged over the last four decades.

Sadly, unlike Ebeneezer, we shan't be awaking from this nightmare... 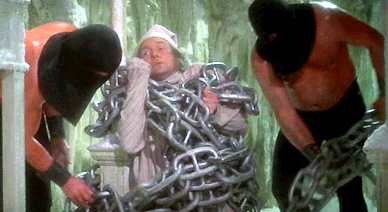 ...in the safety of our bedrooms and awash in relief anytime soon.

There is no segue from the tragic to the trivial so I won’t attempt one.
If there was I would cleverly introduce one of my favorite subjects, the progress made by Mandy and her team at The Retro Revival  on our Philco V-handle refrigerator.
They've been repairing the broken door panels... 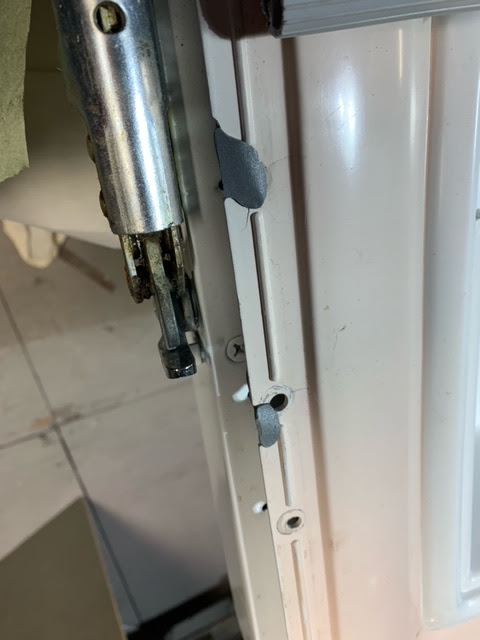 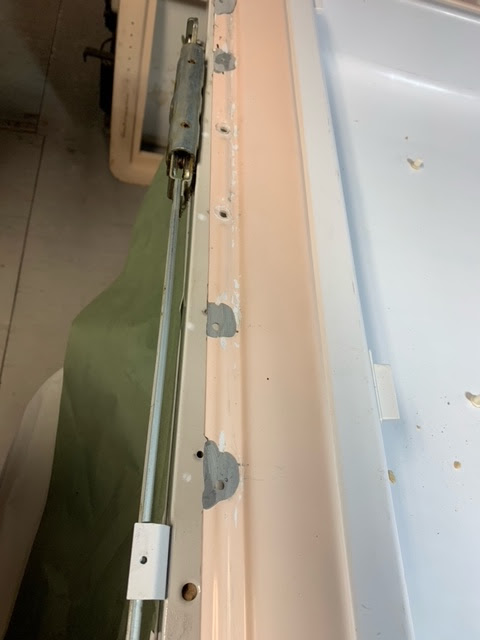 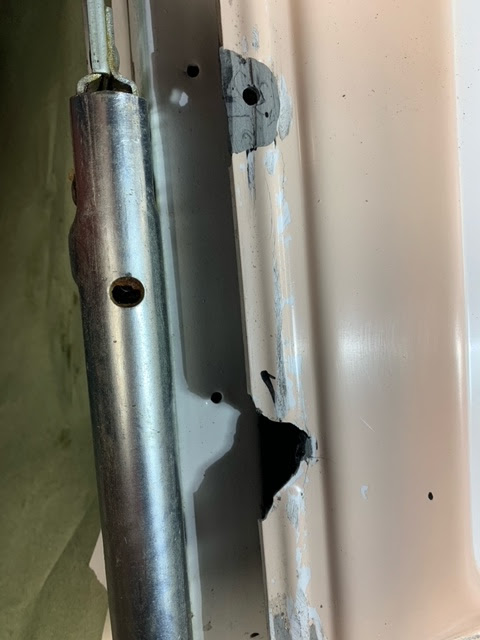 ...and repainting them, maintaining the original pink / salmon color of the interior... 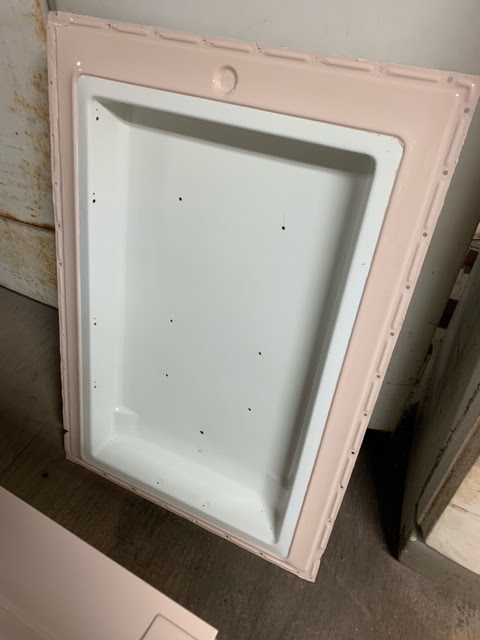 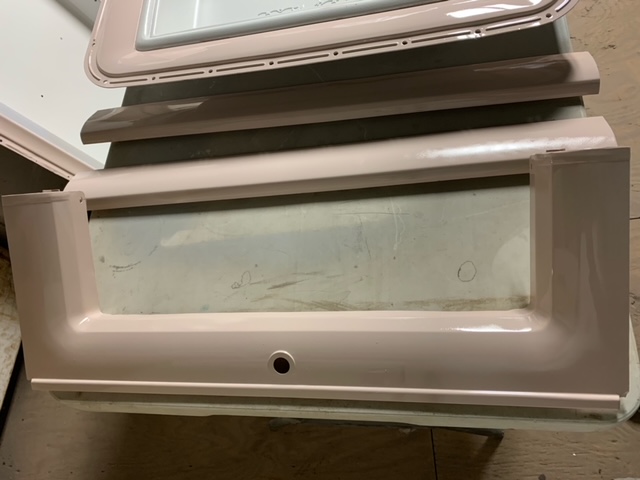 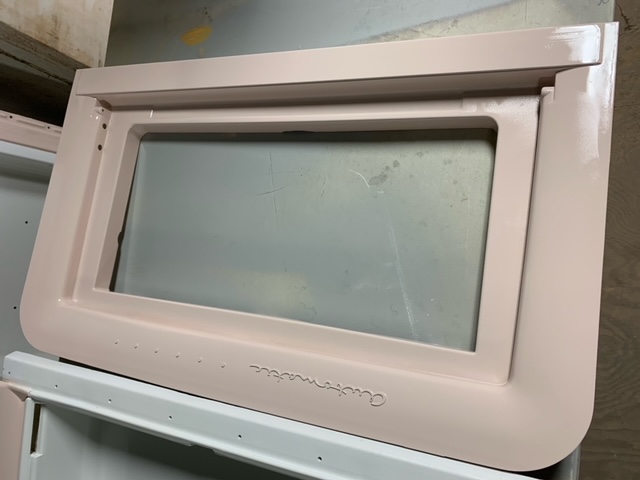 Very exciting, because this has to happen before final reassembly, and we're getting close.

In other fun news, I visited son #4's domicile to help him and my grandson Sean get a train going... 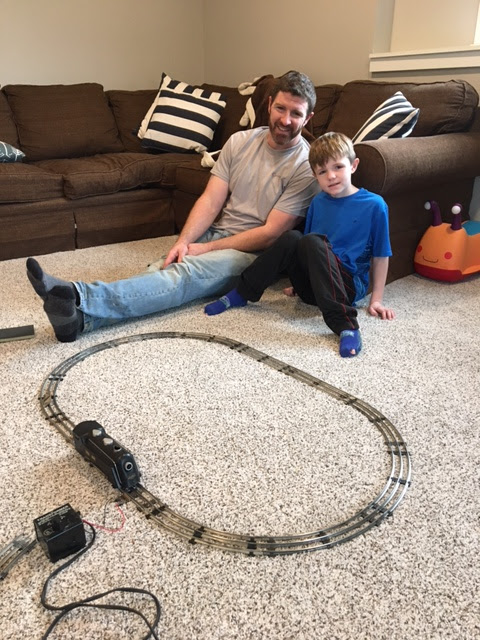 ...which we did, very briefly...but then it mysteriously stopped working.
So, like the Grinch with Cindy Lou Who...

Happy to report it was minor stuff and I did in fact get things working as the video shows.
So as promised I returned the goods to their rightful owners... 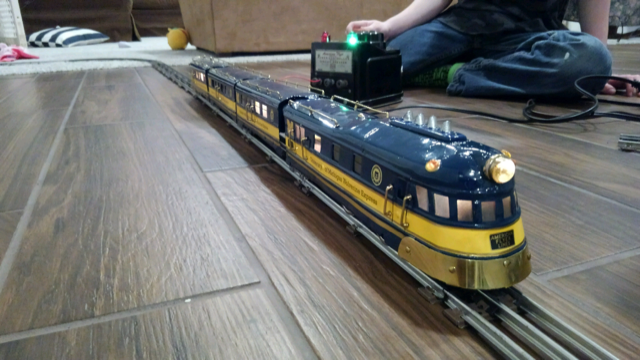 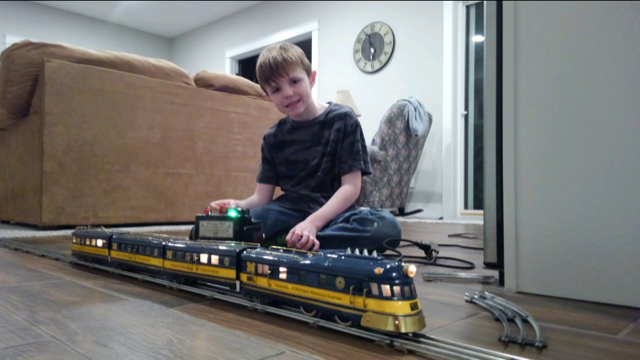 ...and all is well in choo choo land.
That's an antique American Flyer Zephyr, by the way...restored and custom painted in U of M colors.
Good stuff.

Time for a brisk jaunt through the parting shots department... 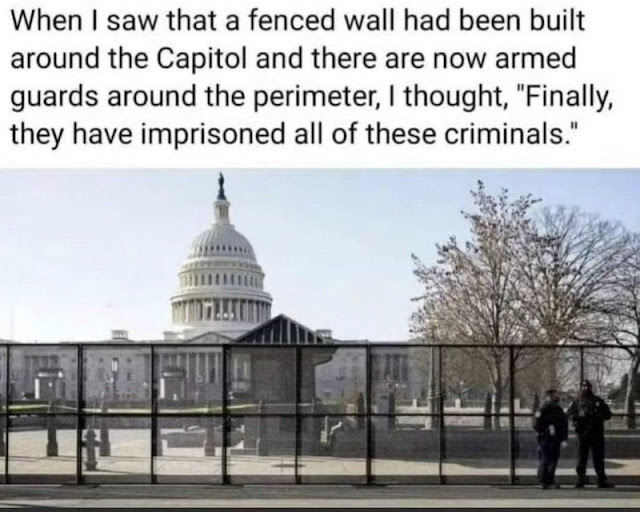 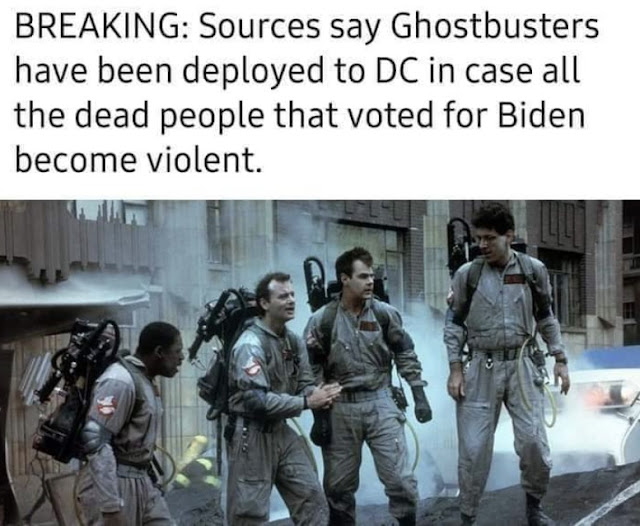 The Vichy government of occupied France began in June of 1940 when the French surrendered to Hitler's Nazi Germany.
A puppet regime, it collaborated with the murderous Nazis until September of 1944 when the traitors of the Vichy government fled for their worthless lives to Germany.
Barring a miracle, the puppet regime of China Joe will officially and openly begin collaborating with the enemy on January 20th, 2021, when the sale of the American Corporation to the CCP will finally be a done deal.
If I may rework that famous quote by Sir Winston Churchill... 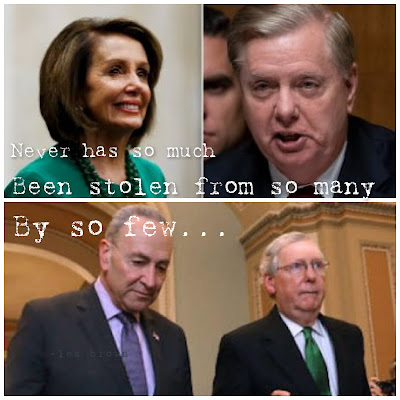 If this actually comes to pass, I will lower the American flag I have proudly flown all of my adult life... 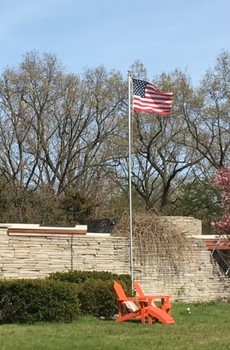 ...fold it up respectfully and store it away.
In its place I will fly the Christian flag... 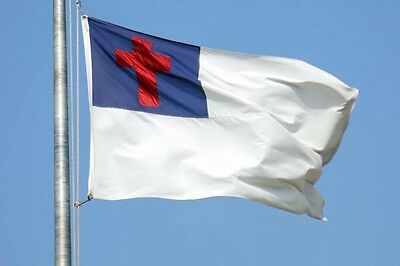 ...since I'm a citizen of God's Kingdom and there is no occupying force able to overcome that.
I'll fly our colors again on the day the traitors are brought to justice and the constitutional republic of the United States of America is restored.
I don't expect to fly Old Glory again in my lifetime.
later, mcm fans.
* Crass Commercialism Corner *