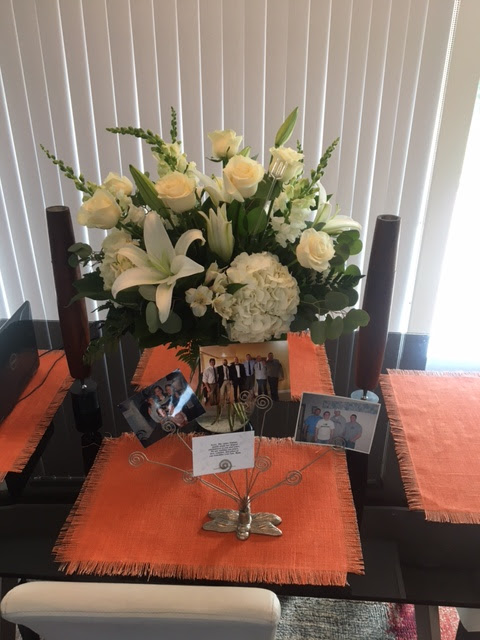 ...but of course we'll never forget.
The company I work for was kind enough to send flowers in memory of Ryan...very thoughtful.
His remains were cremated this past week, his ashes to be shipped to me soon.
After that we'll plan a memorial service, when we'll pause and celebrate the life of our son... 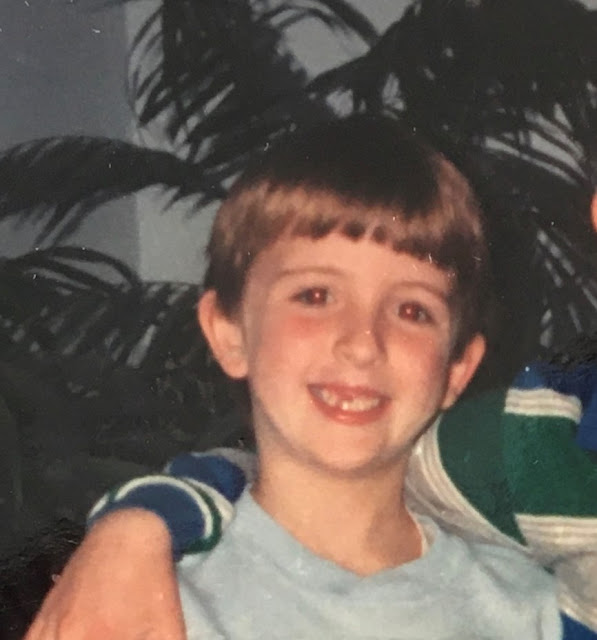 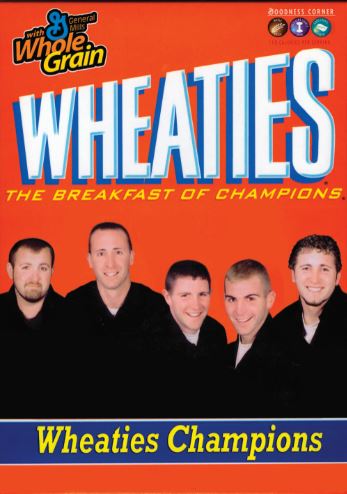 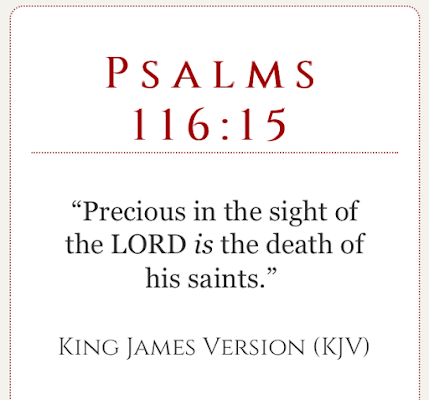 And speaking of the progress of life, you can see the steady blossoming of nature all around us now. 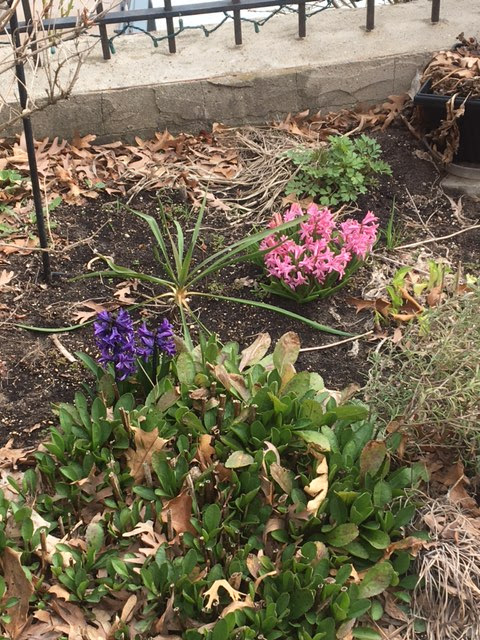 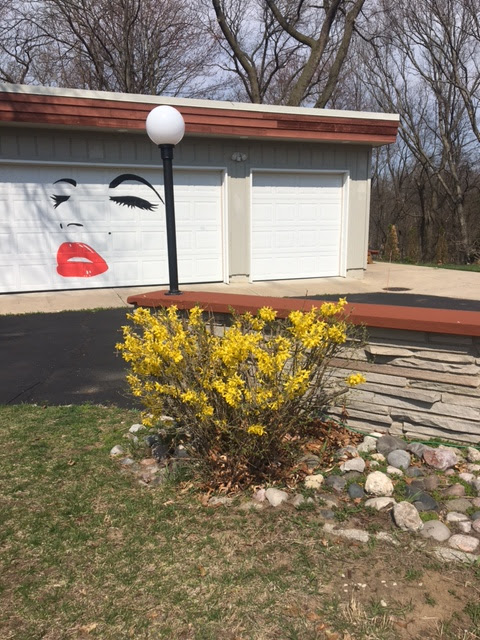 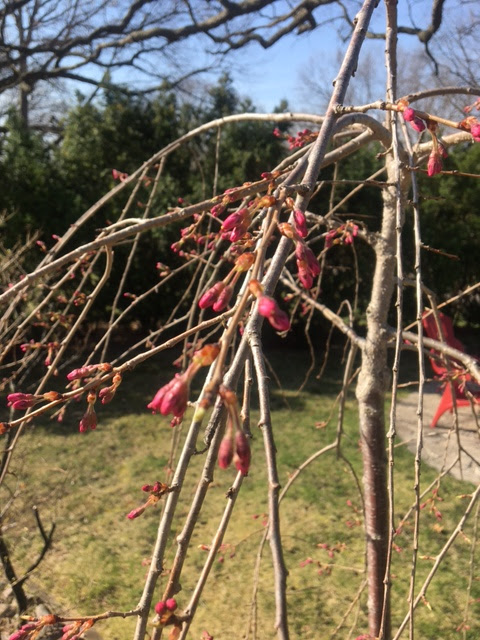 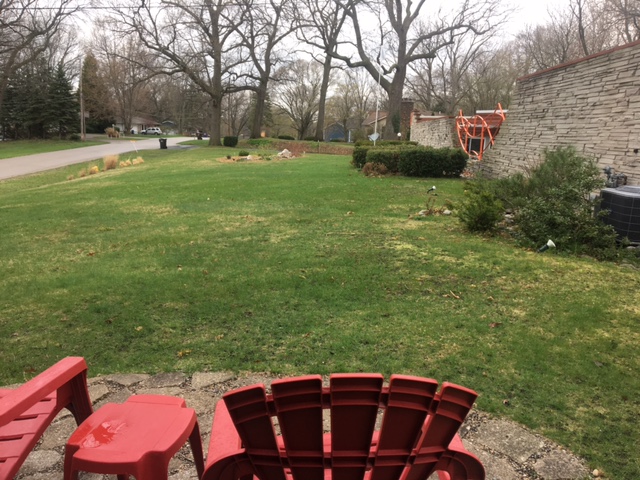 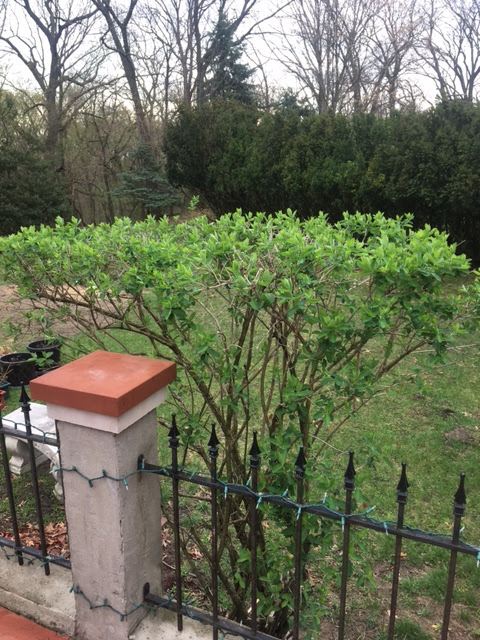 We're still a couple of weeks away from the big explosion when everything bursts into bloom, but it's delightful to experience warmer temps and the greening of the landscape all around us.

Recently got booted out of my home office and relocated to a distant part of the living room... 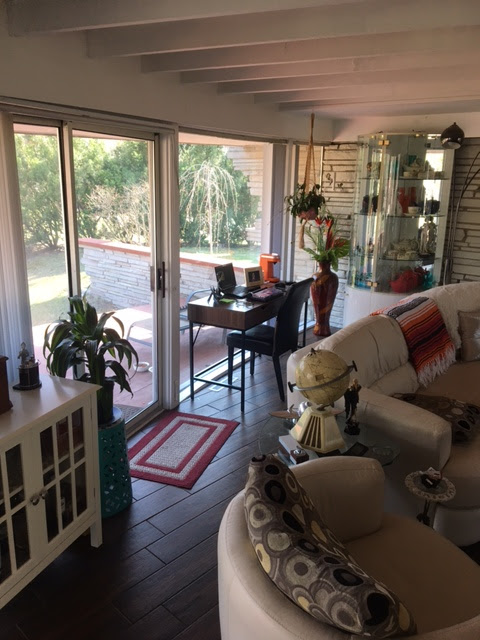 ...don't know if I was late on the rent or what, but as it turns out it's still a pretty good view... 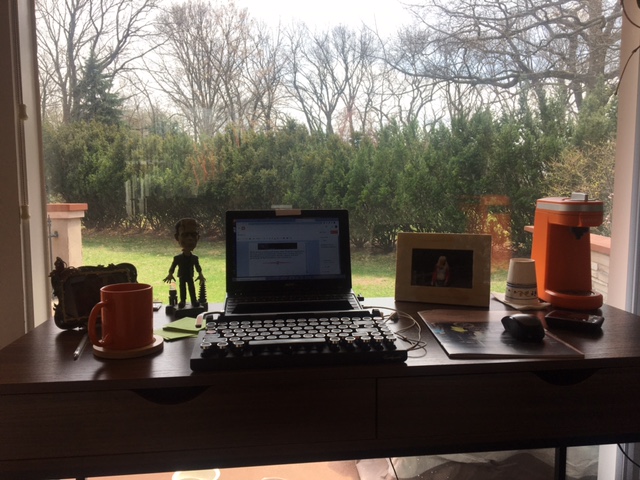 ...and though I'm loathe to admit it, the dining room table does look better now that I've been evicted... 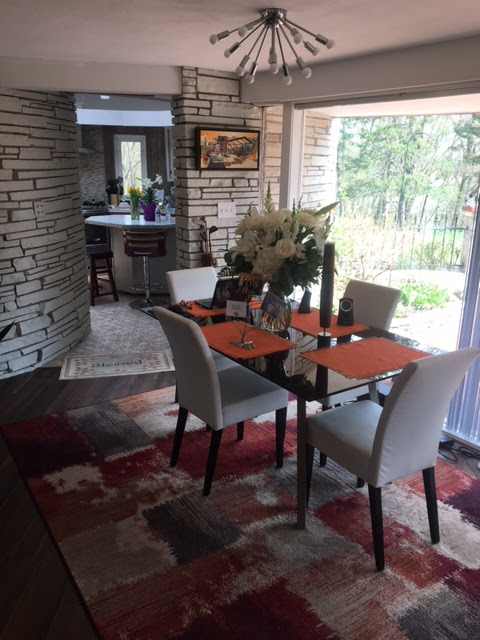 ...and who am I to argue with progress?

That's going to have to do it for this low energy edition of the Atomic Monster Cafe.
later, mcm fans...
* Crass Commercialism Corner *

...but we soldier on.
What else can we do?
As my oldest son said the other day, "This really hurts, but Ryan's not coming back."
True enough, and it reminds me of what King David said when the child he had with Bathsheba died. 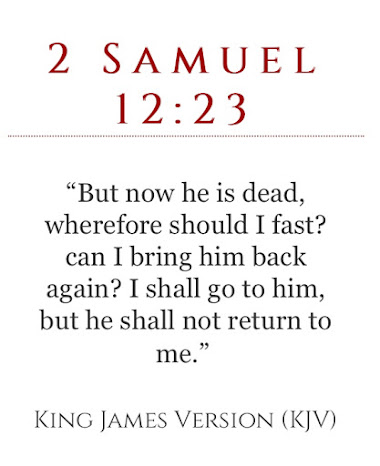 And that is true; we can't bring Ryan back, no matter how much we fast and weep over this loss.
We shall, however, join him when our time comes and we go the way of all flesh.
Until then I will always remember my little almond eyed boy... 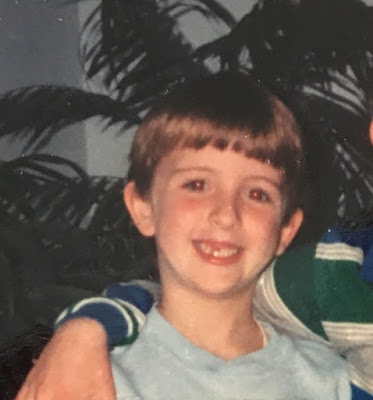 ...laughing and playing with his brothers. 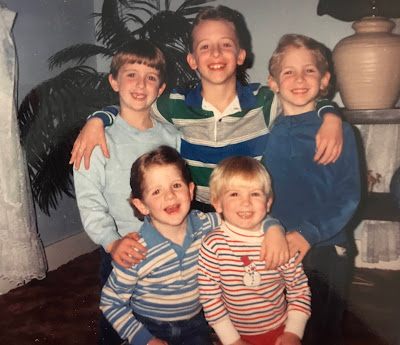 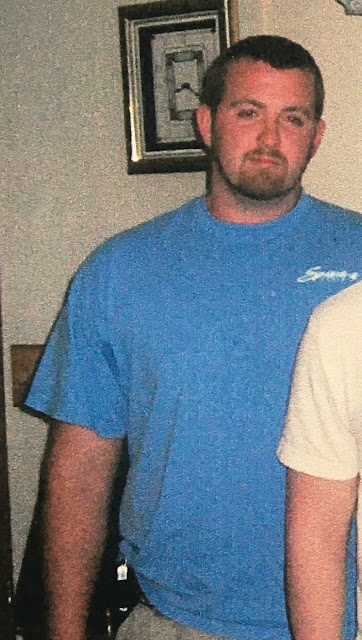 ...yet he retained a quick wit and a love for his family. 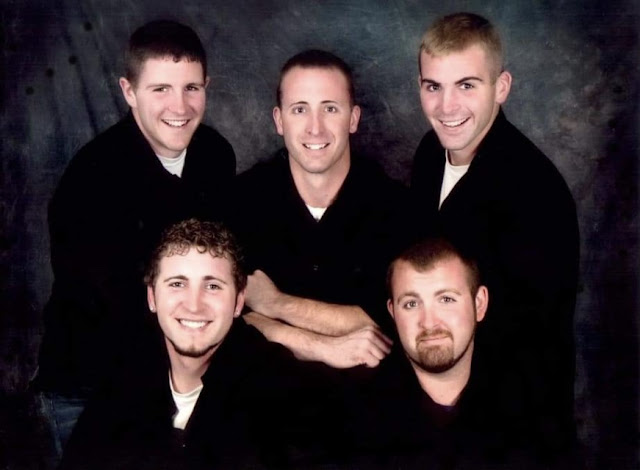 And while there is great comfort knowing Ryan trusted Christ as his Savior when he was a little boy, there is still a very heavy sorrow blanketing all of life right now.
Of course I’m stricken by memories of my failures...those times he needed compassion more than discipline and mercy rather than judgment.
But even if I’m not, he’s past all that now.
As I told a friend, I know Ryan is happy and whole.
He wouldn’t trade his new life in heaven for his old, pain filled earthly existence.
But getting my heart to feel what my head knows is my current dilemma.
I'll spare you a descent into the maudlin sentimentality of a grieving father.
Suffice to say this one's going to hurt for a while.

And so, in the "stiff upper lip" department, we continue on with the daily routines of life.
These include mundane details, like replacing a defective GE dishwasher with a used one made by Bosch... 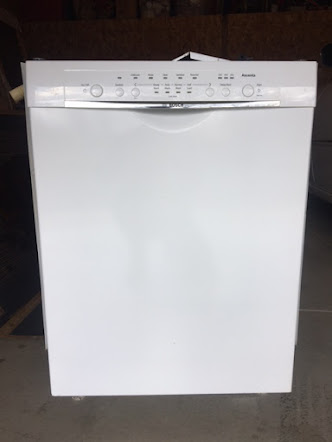 ...and selling the Giganta-fridge we removed from our kitchen... 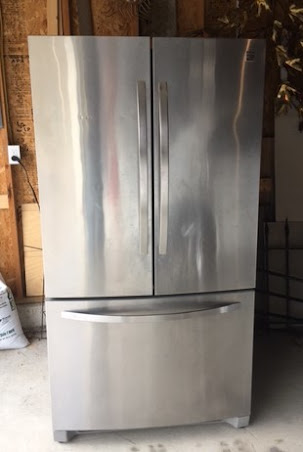 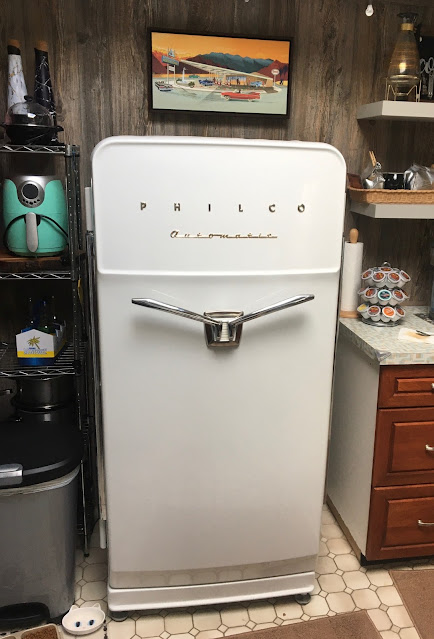 ...such is the warp and woof of our quotidian existence, I suppose.

In the evenings we continue mining entertainment nuggets from foreign lands.
Having marched through Foyle's War, we then made our rounds with Dr. Finlay, the Scottish TV series based on characters created by A.J. Cronin... 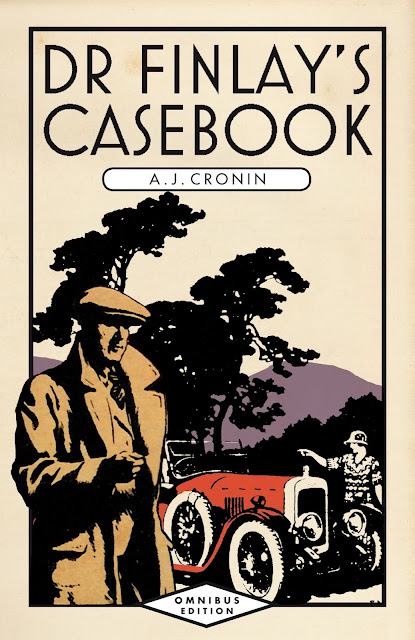 ...and starring David Rintoul as the good doctor. 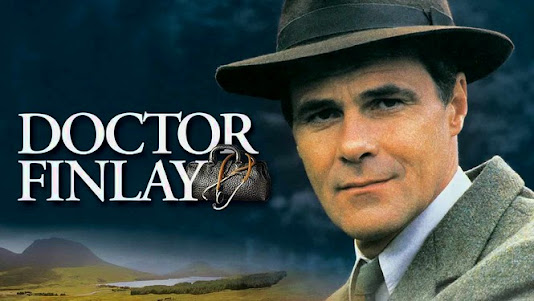 It also features that great Scottish character actor Ian Bannen...
...as Dr. Cameron...and who, as expected, steals every scene he's in.
Set in the post-war years in Tannochbrae, this is a lovely series that aired 4 years, from 1993 through 1996.
Unlike American TV, they felt no need to tie up every show with a neat little bow, choosing instead to leave the details as they often are in life...messy and uncertain at times.
The final episode, about their snowbound Hogmanay celebration, is a touching and fitting farewell to the series.
Definitely recommended.
We're now investigating selected seasons of Poirot...
...the long running British series about Agatha Christie's quirky but brilliant detective.
In the visual delights department, every episode features an abundance of elegant 1930's art deco architecture and design.  Love that era.
With good acting based on great writing and high production values you can't go wrong.
God Save The Queen, y'all.

A few parting shots as you drift toward the exit...

On this Good Friday, as we prepare to celebrate Easter and the resurrection of Christ, I am especially thankful for God's promise of eternal life.
Previously, heaven was a distant dream, an ethereal theological truth based on the teachings of Jesus:
"In My Father’s house are many mansions; if it were not so, I would have told you. I go to prepare a place for you.
"And if I go and prepare a place for you, I will come again and receive you to Myself; that where I am, there you may be also."
- John 14:2-3
Today heaven is no longer a philosophical abstraction; it's my joyful expectation.
Someone special lives there now, and I long to see him again.
later, mcm fans.
* Crass Commercialism Corner *