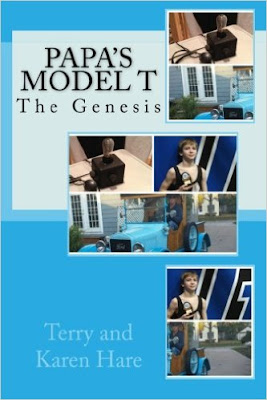 A friend from work suggested I send free copies to grade schools and ask the 4th, 5th, and 6th grade teachers to give it a read...if they like it, choose a student or two they know enjoys reading and see what they think.  All I'd request in return is some honest feedback.  That sounds like a great idea and I'm working on it now.

And speaking of Mr. T, I took him out for a spin today... 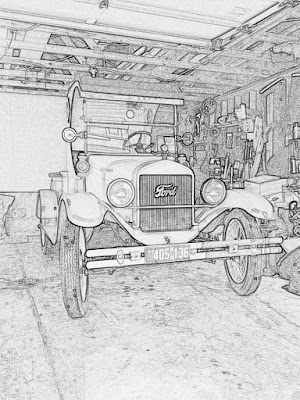 ...so much fun...love driving him around.  Usually the only hand signals you get from other drivers is the one finger salute if you make a mistake or are driving too slow to suit them or whatever...but with Mr. T, people smile and wave and give the thumbs up sign.  Too funny.

A couple of years ago I bought a kit for a manual gramophone from ThinkGeek...never tried putting it together because the instructions were in Japanese!  But the pictures were actually pretty clear, so I asked one of the hardware techs from work if he wanted to take a running jump at it, and he did: 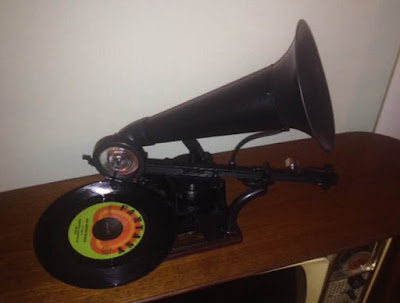 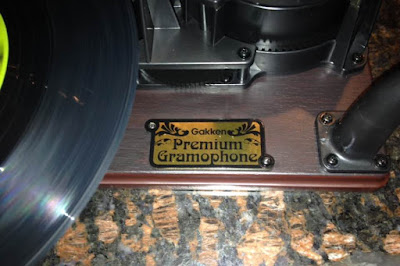 The crazy thing about this kit is the "needle" is just a piece of bamboo sharpened to a point...and it actually works...sort of...more or less...

Recently came to terms with Bob Adams of Ronson Repair for this lighter: 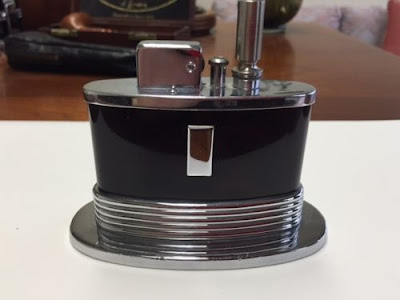 Love the art deco styling of these touch tip lighters from the 1930's.

Posted by Iwriter at 2:11 PM No comments:

So This Writing Thing... 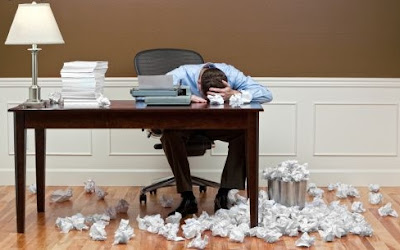 ...is not as easy as it seems...actually, the writing itself is not so bad...I kind of enjoy it, though it's frustrating to finish something and then decide after awhile it's crap.  When that happens you wonder why you bothered laboring through all the time and effort of crafting the worthless pile of goat dung in the first place...but there's nothing to do but move on.

What's turning out to be more difficult is marketing what I've written...convincing people to part with three or four dollars of their hard earned money for the sheer enjoyment of reading the goat dung I sold them.

I wonder if those two things might be related?

My latest effort is a kids story, Papa's Model T: 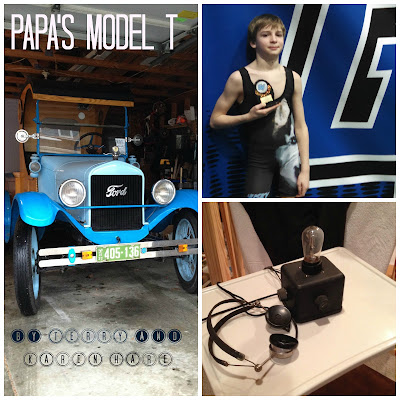 My current thinking is this one is somewhat better than a pile of goat dung, but I guess time will tell.

I'd write a synopsis here but I've never found a good way to explain a story idea without making it sound ignorant, so I usually just go with "it's a heartwarming story of a boy and his dog" and leave it at that.

If you're so interested, look it up on Amazon and read the first chapter or two for free...I dare ya...I double dog dare ya...Papa's Model T

So we are officially in the grips of Old Man Winter now... 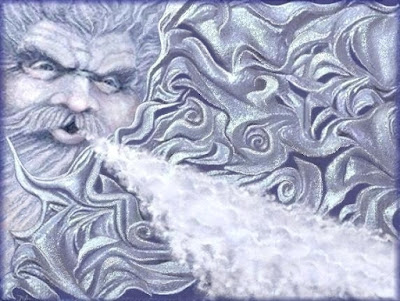 ...and I'm not even a little bit happy about it.  One of my co-workers informed us he was taking a couple of days off to take his grandson downhill skiing, sledding, and ice skating.

I wish I could enjoy those activities.  I tried in my younger days, I really did...not downhill skiing, but cross country...and snow shoeing, ice skating, snowmobiling, sledding and tobogganing...the bottom line is I just do NOT like to be cold, period.

I can't even enjoy a decent cigar in this weather... 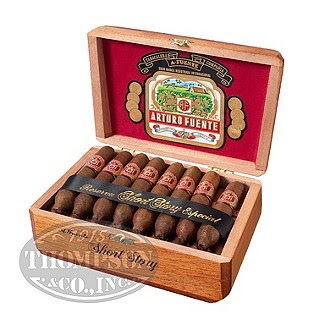 ...waiting impatiently for the arrival of spring and summer.

Gonna hafta solve this problem before too long...none of us know how many revolutions around the sun we get, but after each one we all know we just subtracted one from the total...so I'm starting to feel a certain urgency about how I spend them, where I spend them, with whom I spend them...

...to Happy New Year...
What a difference a week makes...not only did we change years, it looks like we finally changed seasons as well...winter has arrived. 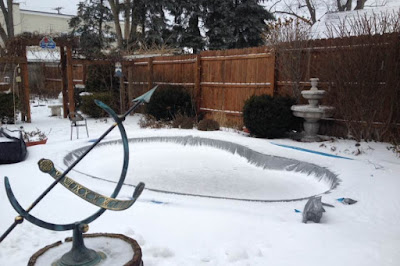 Snowing lightly this morning, which I have to admit is pretty, if still a little unwelcome.  I suppose if I didn't have to work for a living, I might be more excited about it...but alas, I forgot to be a millionaire so in a few days it will be hi ho, hi ho, it's off to work I go...and driving in the winter in Michigan is a pain in the hind end.
Ok, I admit I won't be driving Mr. T in the winter - much - but either way, driving in the snow is not fun.

Our New Year's Eve celebration was the usual...Karen prepares lots of good things to eat, her kids come and go throughout the evening, we watch When Harry Met Sally... 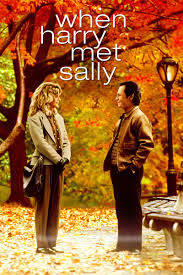 ...the best New Year's movie ever, then at midnight we pop the champagne, watch the ball drop, share a kiss and toast the new year before collapsing in bed.

Yeah, I know...pretty lame, but as I approach six decades topside of planet earth, it's about as racy as I care to get on that night.

This morning it's mimosas and moderation...
...later today will be pretty low key as well.  Work is ok...it was month / quarter / year end, but unlike some years in the past, this one went off without a hitch so far...very nice.  We'll also get started on the de-Christmasing of our home...take down the trees, wreaths, decorations, etc, and get the place back to normal.

Looking ahead to 2016, one of my goals is to work hard at writing and try to build a readership.  I started publishing on Amazon for kindle readers in late November, and have had modest success...hoping to get that snowball rolling downhill in the year ahead and have at least four books planned:

Long Count (book 2 in the Frank Johnson series), On Being A Man (In A Metro-Sexual World), When A Cardinal Appears (Volume II of selected short stories), and my first children's book, Bapa's Model T.

All of them will have a paperback version available as well as the e-reader version for Kindle.

Not ready to quit my day job, but hoping to make real progress on this new venture during 2016.  We'll see what the year brings.

In the favorite things department, a couple of recent Ronson lighter acquisitions:
Got this from Bob Adams of Ronson Repair   Bob is the best in the business, and this is a spectacular example of what I love about art deco objets d'art...the incredible combination of form and function, of the pretty and the practical.  It's not just utilitarian, it's a work of art.
Thank you, Bob! 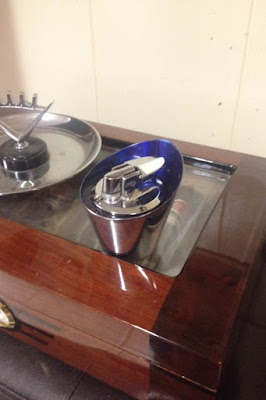 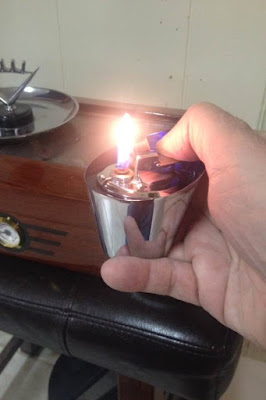