...of 2022...that I actually saw, anyway.
Hey, it was December, and we had something like 11% sunshine for the month.
That was December 28th...before and after that it was either cloudy, snowing, blizzarding (it's a word; look it up) or raining when the sun - allegedly - came up.
Now it's New Year's Eve, and we're just about ready to kick 2022 to the curb with a hearty... 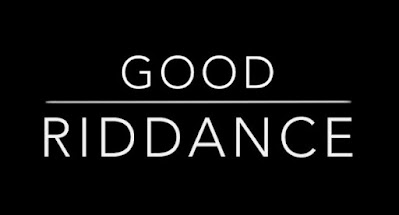 But first, a recap of an eventful week:
In spite of the pre-holiday blizzard, we still celebrated with some loved ones on Christmas afternoon...

...observed a moment of silence for my birthday... 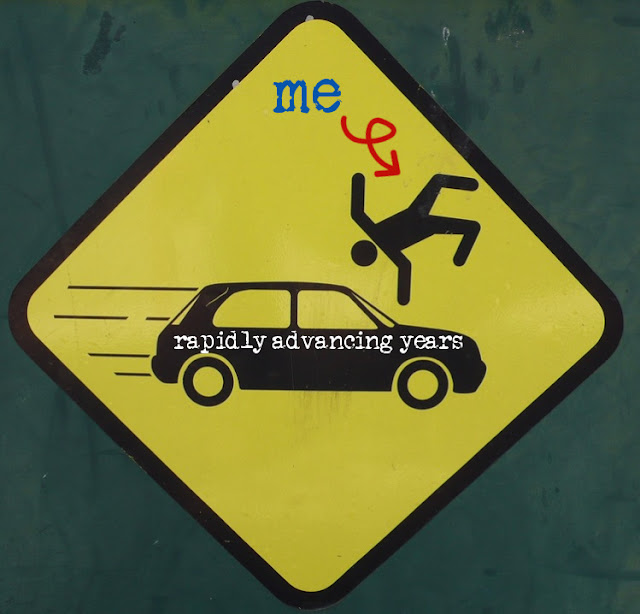 ...which surprisingly, wasn't all bad.
Remember my neighbor who offered to repair my Weltron turntable?
Well, he came through in spades, fixing not just the turntable, but also the 8 track player and the radio tuner!
Truly, couldn't be happier with the results.
And it was just in time to provide the music for our next event, when we gathered with more family that couldn't make it on Christmas...
...and finally, visited friends on New Year's Eve day:
We also spent a little time discussing the low/highlights of the year.
In the lowlights department were loved ones struggling with life's problems and the continued corruption and deterioration of our once great country.
Highlights included another year of gainful employment, time spent with family and friends, and God's continued love and care for all of us:
"This I recall to mind, therefore have I hope.
"It is of the LORD's mercies that we are not consumed, because His compassions fail not.
"They are new every morning: great is thy faithfulness."
- Lamentations 3:21-23
And now, after 365 days of laughter and sorrow, love and loss, good times and bad, we are finally ready for our annual tradition of cueing up the best New Year's Eve movie ever made... 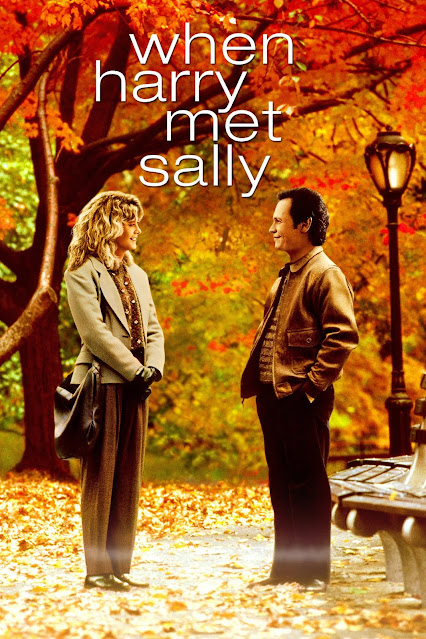 ...then watching the ball drop, sharing a kiss and greeting the New Year:

And so we combine a not so fond farewell with a hopeful greeting: 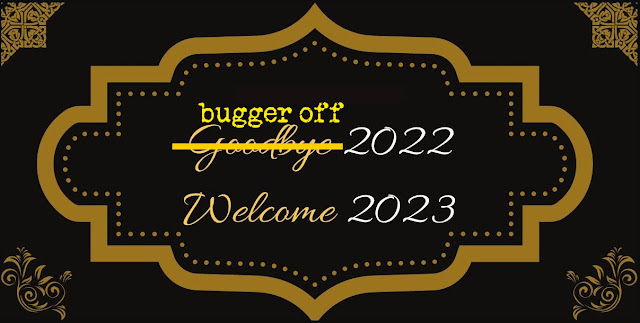 There will be problems of course; they're part and parcel of life.
But there will be blessings, too, with the assurance of God's faithful care, and for that we give thanks.
Happy New Year, mcm fans...
* Crass Commercialism Corner * 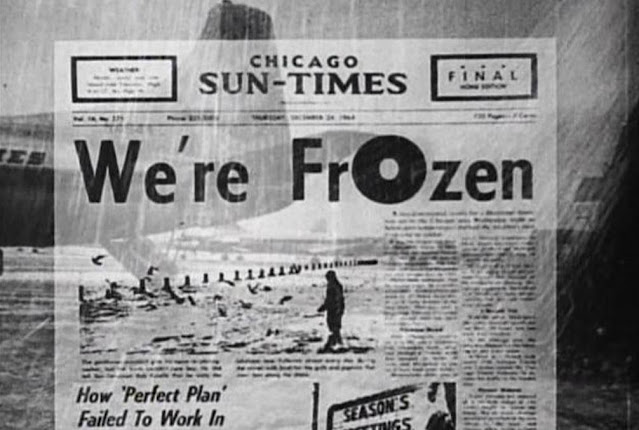 ...so it is in the blizzard of '22...we are indeed, FrOzen, with sub-zero wind chills and plenty of the white stuff to go around.
Of course, '64 is a reference to the Rankin/Bass production of "Rudolph"...
...and oddly enough, we really did get blasted that Christmas with plenty of snow.
We'd just moved north from Texas to Pennsylvania, and it was quite a treat for us Southern boys to frolic in our new found winter wonderland.
We all got Flexible Flyers on the big day... ...and were soon pro's at sledding down any hill we could find.
Those halcyon days notwithstanding, there will be no sledding during this storm...not for me, anyway.
9 ball is another story, however: 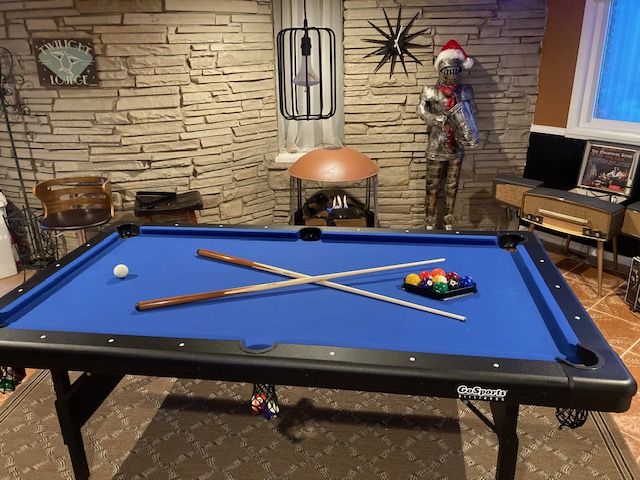 While the storm rages we'll shoot some pool by the fire, listen to Christmas carols crooned by Nat King Cole, Frank Sinatra, Bing Crosby, et al, and give thanks we're safe and warm indoors.
Besides, there are reports of an undesirable on the loose...
...and we definitely don't want to run into him...um, her.

And now, as Mr. Snowman heralds... 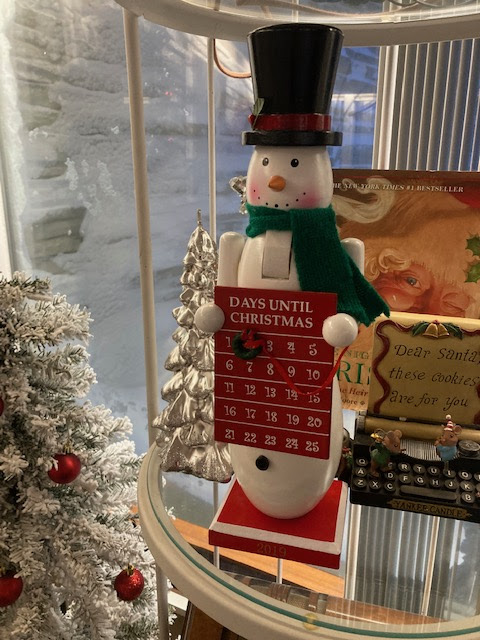 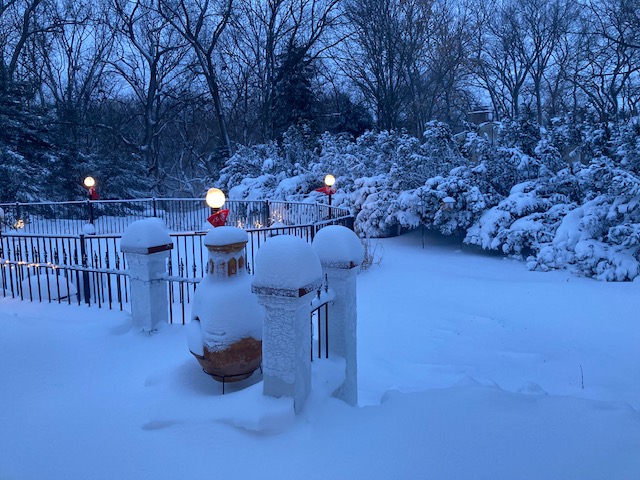 ...travel has been dangerous if not impossible.
So instead of the big get togethers we'd planned for the runup to Christmas, it may just be the 2 of us tonight.
Either way, before we settle our brains for a long winter's nap, we'll take a moment to sit by the fire and give thanks... 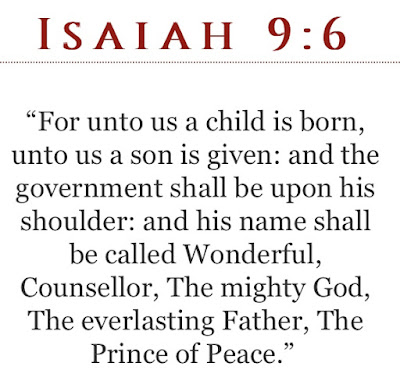 Here At The Castle Frankenstein... 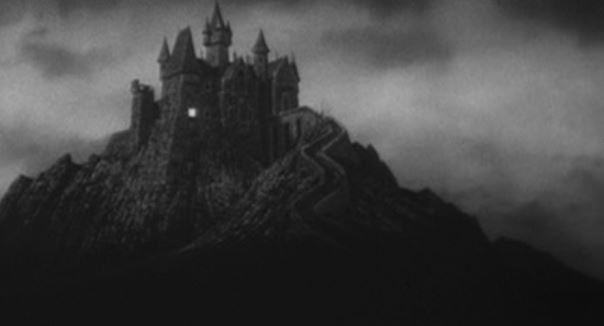 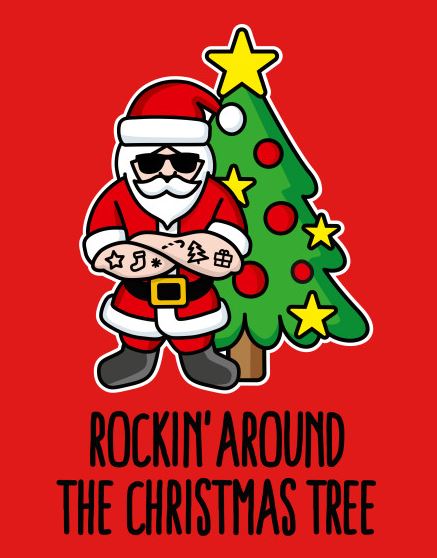 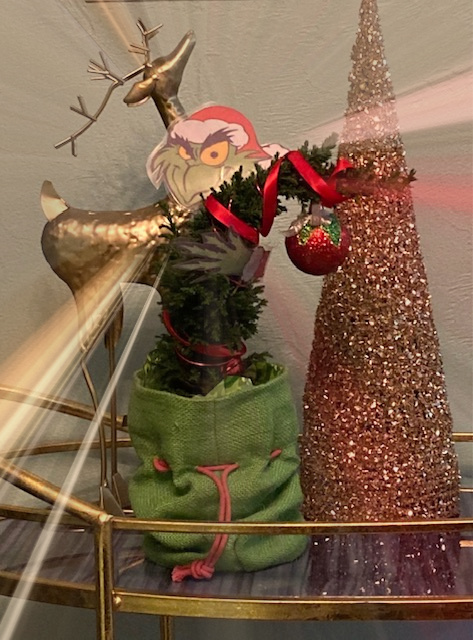 ...and all through the land...people clamored to know, "O, when will it end?!"
"The answer's contained in the statement, my dear, 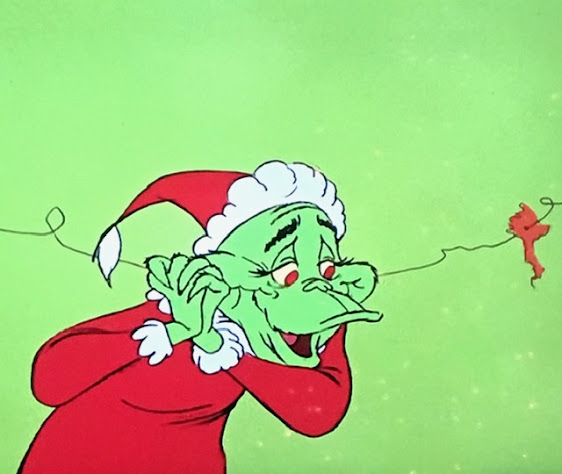 "Just 7 more days 'til Christmas is here!"
So hurry and watch those shows on TV!
The halls all need decking; you must trim the tree! 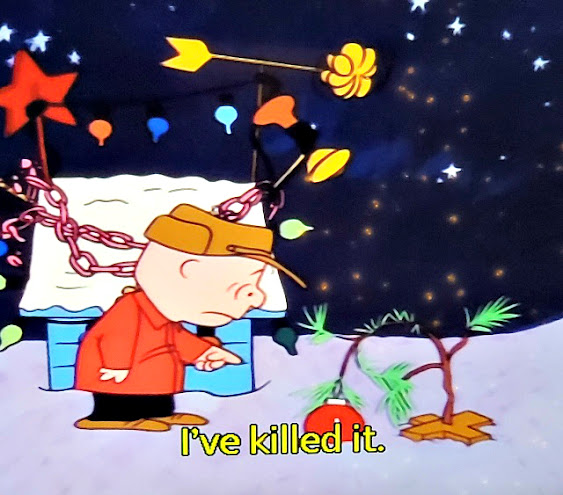 But somewhere amidst all the sparkle and shine,
The tumult and chaos that's stealing your time,
Take a moment or two for calm meditation;
Remember the Reason for this celebration. 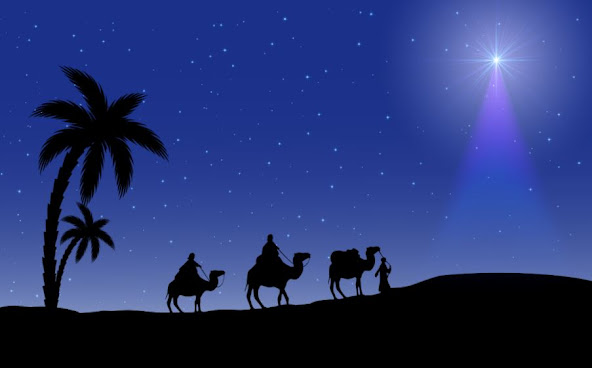 The lights and the glitter are all well and good,
The ornaments, presents, songs and the food... 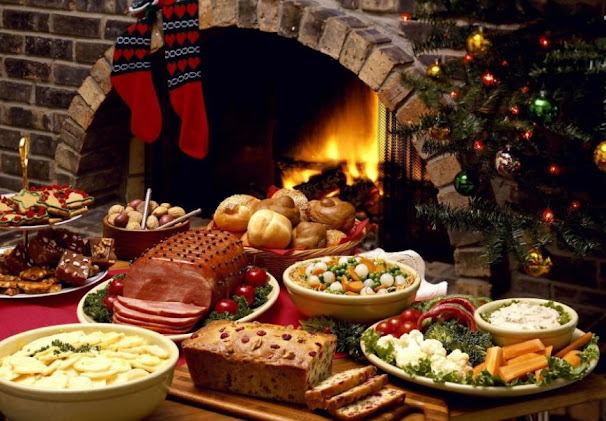 But when you consider the Grand Scheme of things,
They're really just heralds for our Newborn King. 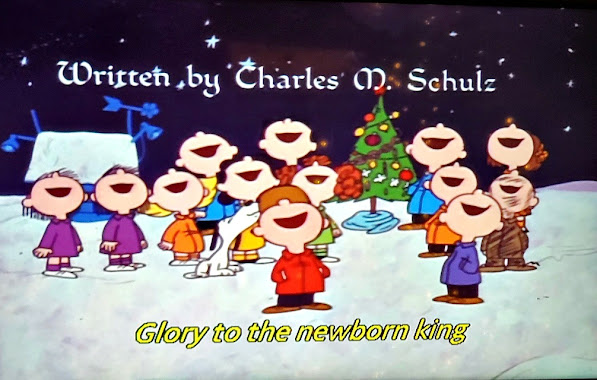 So sing and be merry with those that you love,
But always remember God's gift from above.
With shepherds and Angels we echo it still:
"Glory to God, peace on earth and good will." 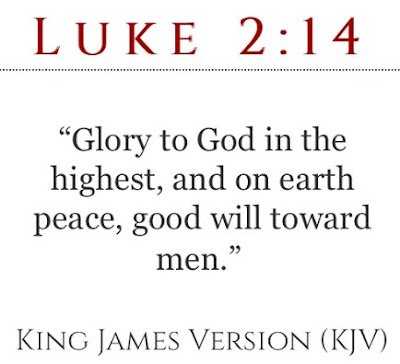 Lately we've been bingeing on a PBS Masterpiece series, "Endeavour"... 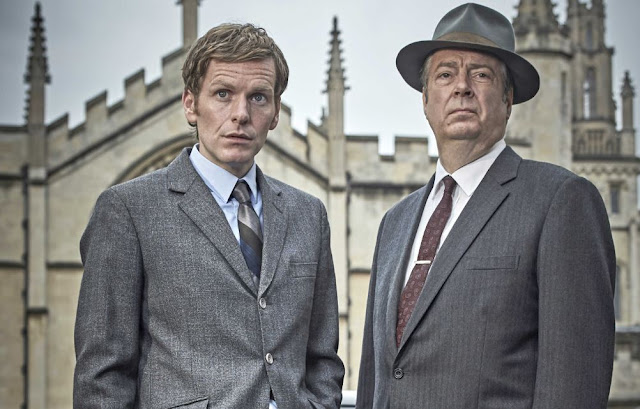 ...a cerebral, engaging prequel to the long running "Inspector Morse" British TV show that aired from 1987 through 2000 (based on characters created by author Colin Dexter).
This series takes place in the mid 60's through very early 70's and stars Shaun Evans as wunderkind Endeavour Morse, just starting his career under the tutelage of veteran Detective Fred Thursday (Roger Allam).
It's definitely worth your time, both for the excellent acting and intriguing mysteries, but I mention it here for a completely different reason.
Karen and I were watching an episode from season 8, set in 1971, when she spotted something in the background: 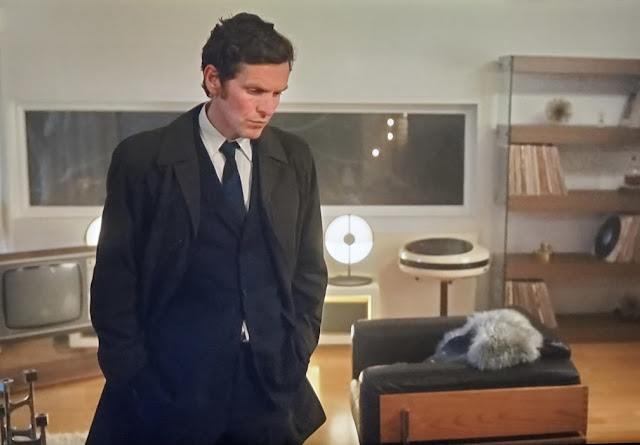 Did you pick it out?
I'm embarrassed to admit I missed it completely until Karen yelped, "Hey!  They've got one, too!"
She rewound the scene and then I saw it: 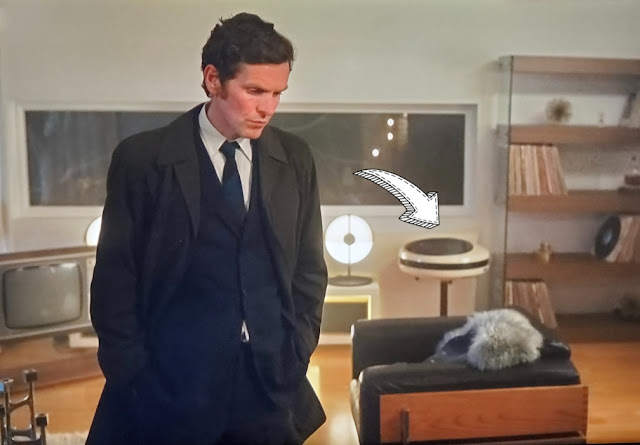 Well wouldja lookie there, a Weltron 2005, just like mine: 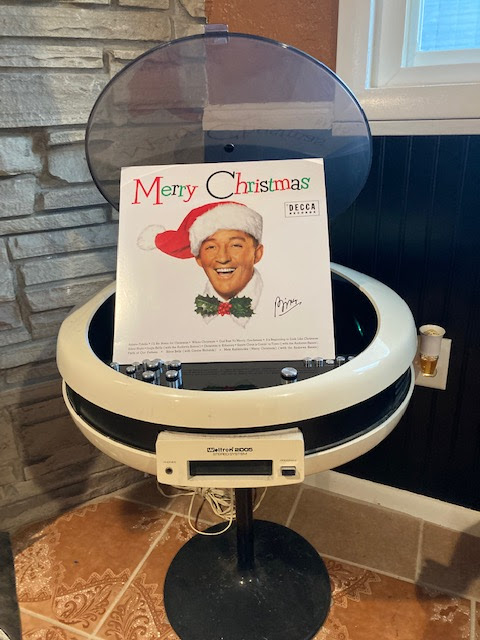 Except that one probably works, and mine's still being repaired.
Anyway, it shows how period correct this show strives to be in all aspects...clothing, cars, hair styles, phones, TV's and even record players.
You can add that to your triviata.

Since the Onrushing Holiday has you in its sights and... 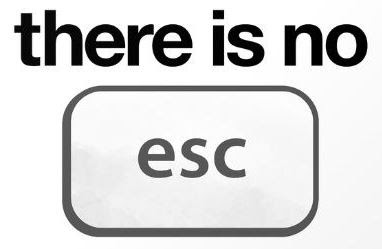 ...we here at the AMC have come up with some coping strategies for you...ways you can mitigate the stress of dealing with that whole gift giving / relatives scene.
We've conveniently grouped them into 4 categories, based on personality type:
The Stoic
1. Grin and Bear it - not just a comic strip started in the 1930's... ...but an actual method of managing holiday stress, to wit:
What, you think you're the first person who's ever had to fork out for presents nobody needs and endure bad breath and body odor from people swimming in your gene pool?
Come on, buck up and take it like a man!
The Actor
B. Disguise yourself - get some Groucho Glasses: 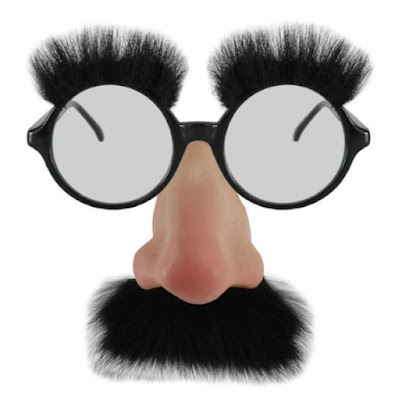 This is a sure fire method of being instantly unrecognizable even to your closest associates.
Why?
Because the world today is so historically and culturally illiterate, they couldn't identify this man...
...if they found him swimming in their Duck Soup.
Let's face it, if it didn't happen to them personally within the last 24 hours on their phone, they don't know anything about it.
Answer the door with your Groucho Glasses on and they'll run screaming for their safe space, convinced the dictator of Freedonia is poised to commit a micro-aggression against them.
The Houdini
III. Move without leaving a forwarding address - an extreme but effective means... 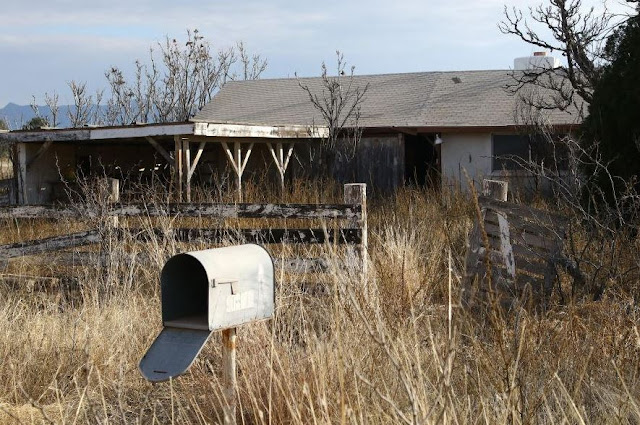 ...of escaping those unpleasant holiday tasks, like, y'know...being there.
The Muskovite
$. Colonize Mars - admittedly this requires a bit of patience and forward thinking...

...but if you're ready to close ranks with those leaving it all behind, this could be your ticket out of the holiday stress grinder.
So mark your calendar for 2060.
Until then, do what most folks do anyway: stare at the device in your palm and ignore all nearby lifeforms as if they're from another...well, you get the idea.
Ibe habes, heortophobiacs...everything you need to survive the season.
This service has been brought to you *FREE* of charge, forethought, substance and meaning.
No need to thank us...it's what we do.

Time for a quick sleigh ride...

...through the Parting Shots department...

Never fear, there's a whole week to go before  Christmas blows onto the scene... 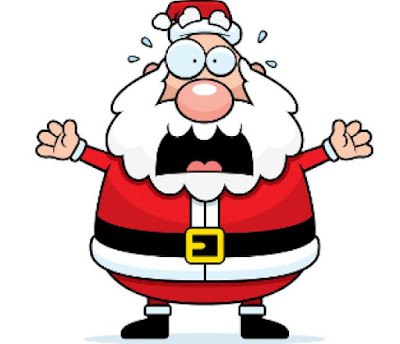 ...so you've still got plenty of time to panic.
Before you do, a reminder from God's Word: 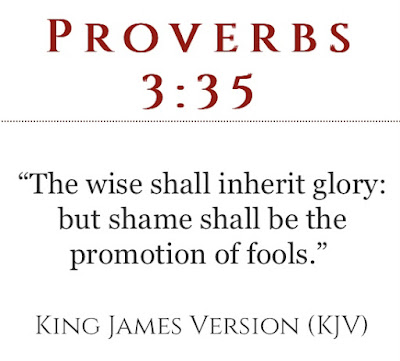