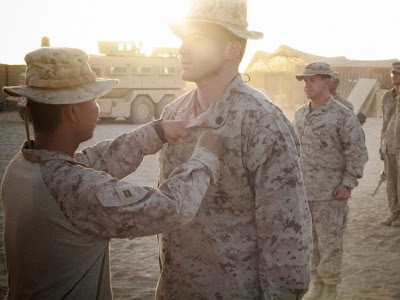 ...to all who served...praise God for their safe return to hearth and home...

...but we remember on this solemn day all those who gave the ultimate sacrifice for their country and we honor their memory...

by John McCrae, May 1915
In Flanders fields the poppies blow
Between the crosses, row on row,
That mark our place; and in the sky
The larks, still bravely singing, fly
Scarce heard amid the guns below.
We are the Dead. Short days ago
We lived, felt dawn, saw sunset glow,
Loved and were loved, and now we lie
In Flanders fields.
Take up our quarrel with the foe:
To you from failing hands we throw
The torch; be yours to hold it high.
If ye break faith with us who die
We shall not sleep, though poppies grow
In Flanders fields.
On a sunny afternoon in late May back in 1969 my twelve year old self stood on a platform in front of women in flowered dresses and gray haired men in faded military uniforms and recited that poem.  I didn't understand the meaning then, and wondered at the solemnity of the occasion marked by sober faces and heartfelt tears.

Many years later my youngest son announced he was going to war, and when he was headed to Afghanistan I dreaded the worst.  From those fears - thankfully unfounded for me though sadly a reality for thousands of others - sprang this short essay of a parent's nightmare.

They were hanging in the shop by their leather laces, draped over a drawer handle, looking masculine and out of place in a corner full of old dishes and kitchen items. 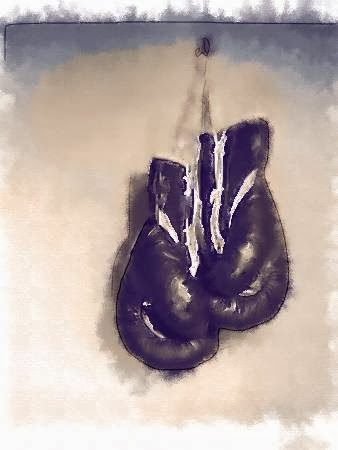 I imagined their owner, maybe fifteen years old back in 1943, rushing in from a workout and placing them there in his mother’s kitchen on his way upstairs.

“Get those things out of my kitchen!” she might have yelled to him. “That’s not where they go!”


Perhaps his older brother was fighting in the war, and too young to enlist, he slaked his thirst for combat and vanquished his fears of conflict by dabbling in the sweet science, the manly art of self defense. His mother cried over the bloody noses, the puffy eyes, the split lips, but he endured these indignities and wore his scars of battle with a mixed sense of duty and pride. 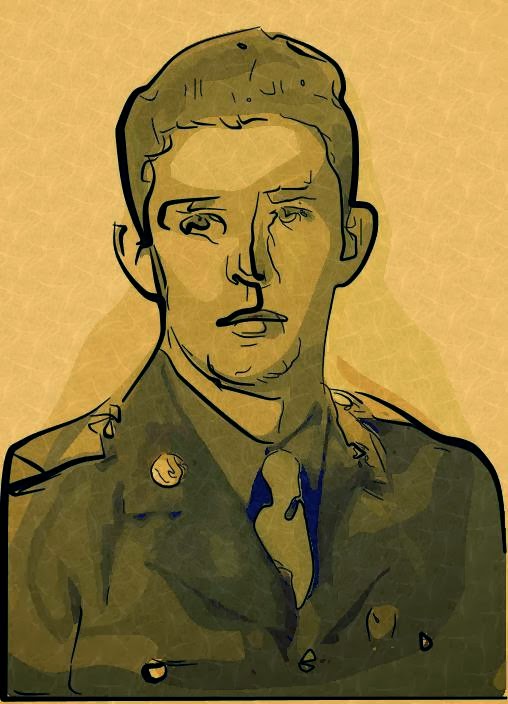 The war ended before he came of age, and his brother returned home – or didn't - forever changed by the horrors of war, or eternally enshrined in the hearts of his family for his ultimate sacrifice.

The younger brother outgrew his need to box, moved on to other challenges, lived his life...while there in his mom’s kitchen his gloves hung for sixty plus years until I spotted them on a beautiful fall afternoon, transported by fate to Tom’s Treasures along the coast of Lake Michigan. 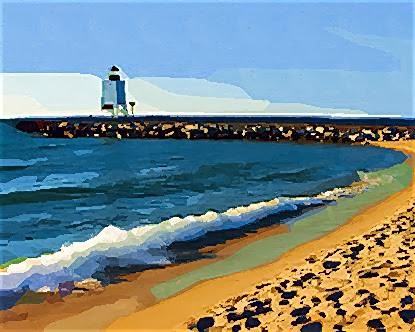 Time did its certain work on the gloves, changing their handsome, dark, sheen to a faded, light brown, their once supple leather now cracked and chipped with age.

But the years couldn’t erase their history, and the sweat, tears, and blood of past battles still resonated in them, animating them even as they hung motionless in the corner. 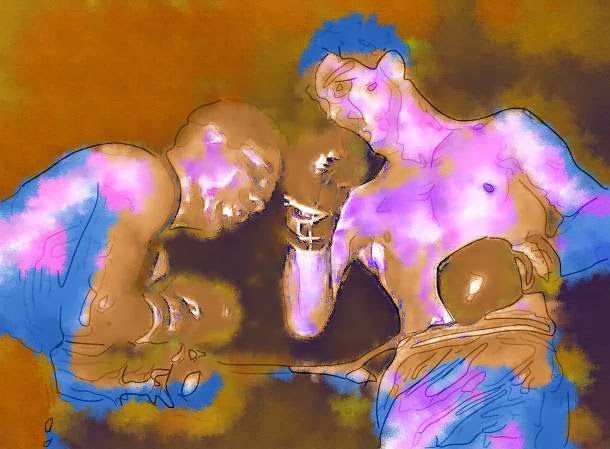 “How much for those gloves?” I asked the owner, seated behind the counter.

He peered up at me over his bifocals, trying to decipher my true intentions, gauging my ability to pay.

“Got them at an auction in Traverse City, an estate sale, good family with roots back to the 1800’s…” he continued.

He rambled a bit, as horse traders must, while I feigned interest, wondering how long it might take to actually get to the price. 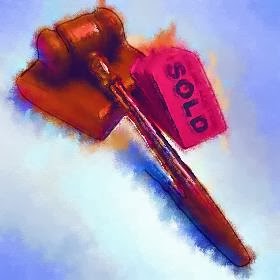 “Forty dollars,” he finally allowed, “and I’m giving them away.”

Eventually I paid him twenty nine plus tax, and he shook his head in dismay at his Achilles heel of generosity.

I hung them in your old bedroom, under your picture…that black and white one of you in your tank top and your hand wraps, fists held in classic boxer’s pose. 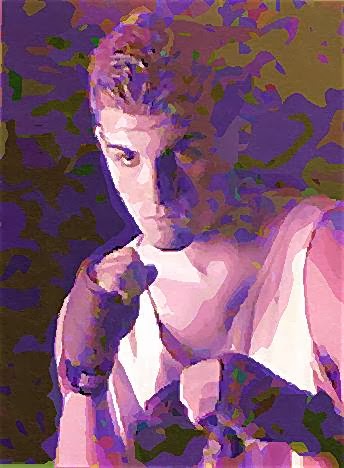 They give your photo a timeless quality, a sense it might have been taken fifty years ago, or yesterday.

Though you never wore them, I know those gloves fit you, as they speak of your courage, your commitment to hard work and sacrifice, your dedication to finishing a task no matter how difficult or strenuous. 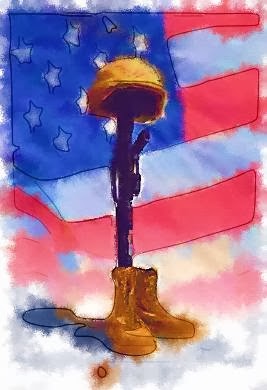 Sadly, unlike their original owner, your war didn’t end before you could join, and you never made it home, changed or otherwise.


Now I see you boxing, running, laughing in my memories only, or worse, imprisoned there in a picture on my wall. 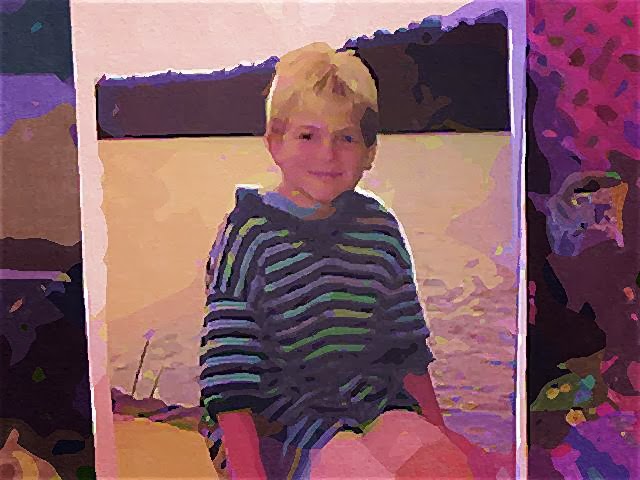 It’s unnatural, outliving your child, not the normal order of things, but I’ve made my peace with the Lord and so I don’t cry anymore.


I know we’ll see each other again some day on heaven’s gentle shore, and I’ll hold you then, a long, satisfying, embrace when I’ll feel the solid press of your muscles against my own. You’ll smile that million dollar smile of yours, your blue eyes shining with joy and contentment, and I’ll tell you to your face how much I love you. 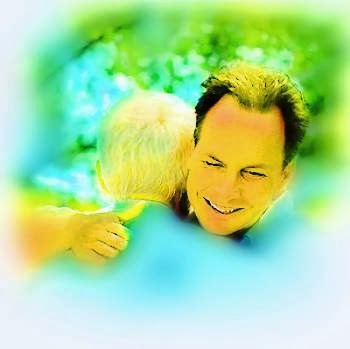 Ok, I’m weeping now, a father’s anguished tears for his fallen son, but I won’t then, no, not in heaven, not when we’re finally together again.

“And God shall wipe away all tears from their eyes, and there shall be no more death, neither sorrow, nor crying, neither shall there be any more pain; for the former things are passed away.”