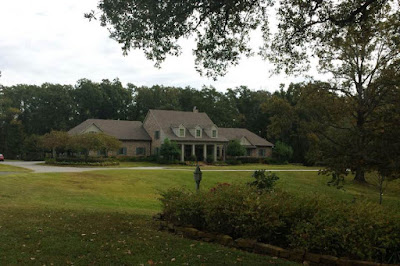 ...and gracious living...that's my Aunt Alta's home.  She invited us to stay with her for a few days, and as always she was a kind and welcoming hostess. 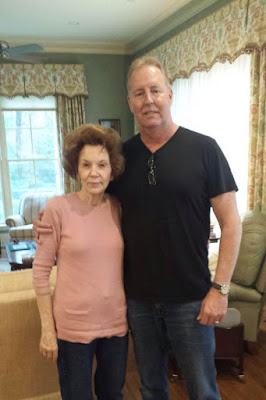 She is a genuine Southern Lady, and I mean that in the truest sense of that term.  Alta represents the best of a better generation, one that grew up with hardship, rose to meet the gravest dangers with bravery and sacrifice, then put their shoulders to the plow and built the most prosperous and powerful nation mankind has ever known.

It was a treat to visit with her, see some relatives, and hear more of my family's history.

One of the best parts of this trip for me was seeing my Uncle John's exhibit in the Louisiana Sports Hall of Fame in Natchitoches (pronounced "Nak-a-tish" for some cajun reason...though try explaining why Mackinac is pronounced "Mak-in-naw".) 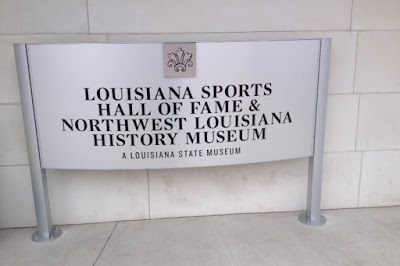 The hall of fame building itself is controversial for its architecture.  Natchitoches is the oldest town in Louisiana, filled with quaint homes from a bygone era.  In the middle of that they plunked down a 23 million dollar modernist building that has engendered emotions ranging from outrage to disgust.  It's almost like a giant Frank Lloyd Wright was out for a stroll one day and dropped one of his avant garde creations right in the middle of the historic downtown.  It would be cool and appropriate in Palm Springs, but the effect in Natchitoches is jarring.

My uncle's display is in the horse racing section of the Hall: 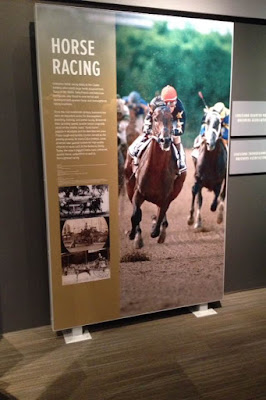 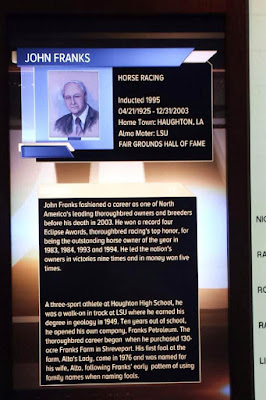 John Franks is the only owner to win 5 "eclipse" awards, horse racing's version of "the Oscar" 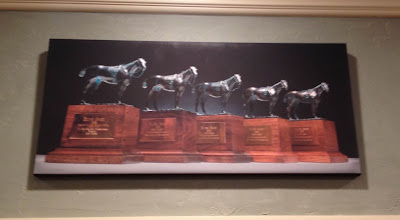 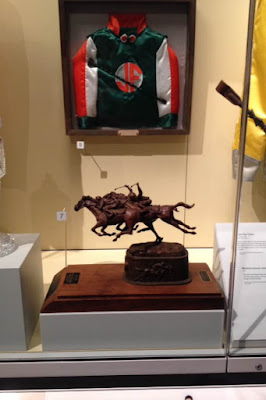 This was an unexpectedly emotional event for me.  I didn't really know my Uncle John well for a variety of reasons, but standing in the Hall of Fame and reading about his accomplishments made me grieve for a relationship that could have been, but never was.  I'm sorry I missed out on knowing him.  Everything I'm learning indicates he was a special individual who achieved greatness in multiple disciplines, all while remaining humble and generous to those around him.  It's clear he is respected and even revered by all who knew him.

All too soon our visit was over and it was time to fly home:
An interesting incident occurred in the Shreveport airport.  While we were checking in, an announcement sounded over the loudspeakers: "Please stand for the playing of our National Anthem."

Surprised - I'd never heard an announcement like that at an airport before - I turned and found the flag, then stood along with everyone else in my view, hands over our hearts, as the strains of The Star Spangled Banner filled the airport.

It was "a moment", and though I tried not to, tears streamed down my face as I thought of all the men and women who have given their lives in defense of our nation. 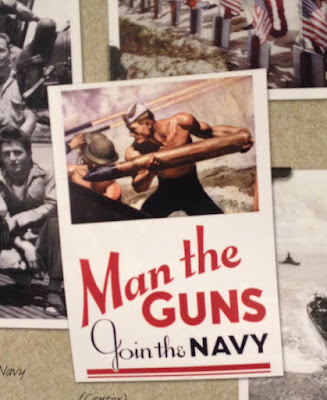 Cut down in the prime of their lives, when they should have been going to school or jobs, loving someone, being loved as sons and daughters, mothers and fathers, husbands and wives...but instead of that they sacrificed themselves on the altar of freedom so we can enjoy our God given, blood bought rights of Life, Liberty, and the Pursuit of Happiness.  Heartrending to think of the incalculable cost of freedom.

It was a long trip home due to disruptions from Hurricane Patricia blowing up from Mexico.  We ended up waiting in the Dallas / Fort Worth airport for six hours, but finally went airborne by 8 pm CDT: 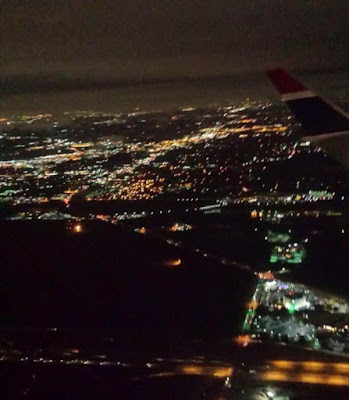 the Dallas / Ft. Worth skyline

Touched down in Grand Rapids at 11 pm EDT, and were greeted by a miniature of that famous sculpture, unique to our city, that makes everyone who sees it ask, "what the heck is that?" 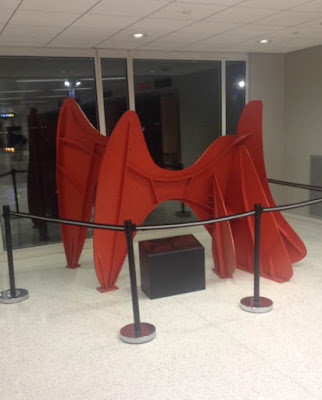 And as always, the answer rings out loud and clear every time: I have no idea.

Today has been all about decompressing and relaxing, preparing for another work week.  Autumn is definitely winding down now... 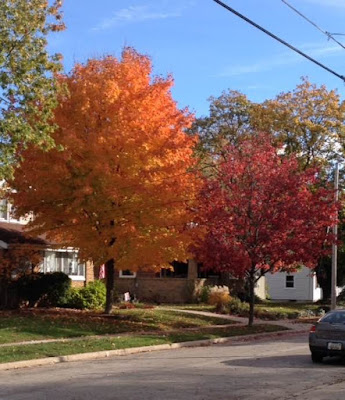 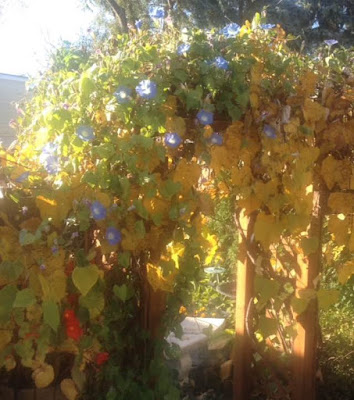 ...but it's a beautiful, sunny, day, and just right for cruising in Mr. T.  Karen snapped a pic as I was returning from a spin around the neighborhood, getting ready to turn into our driveway: 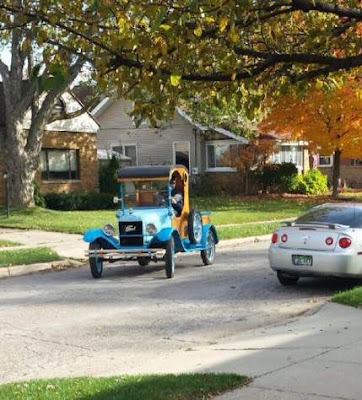