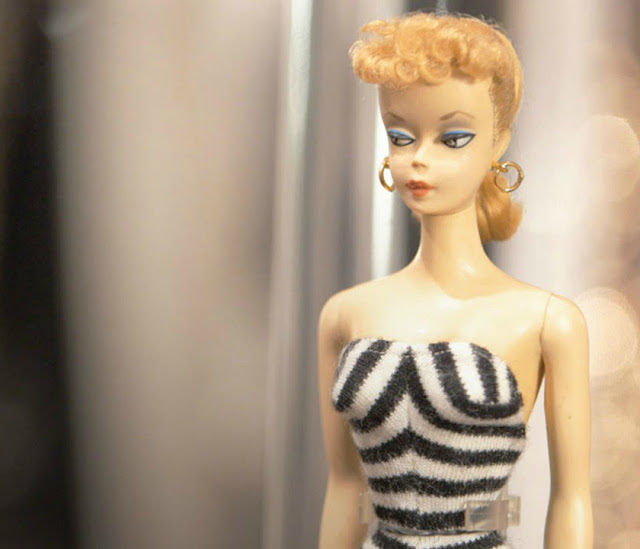 However, Ruth Handler, co-founder with her husband of Mattel in 1945, noticed her daughter (Barbara!) playing with paper dolls cut to look like adults.

That, I suppose, it's what's known as inspiration.  Well, that and an already in production German doll known as "Lilli"... 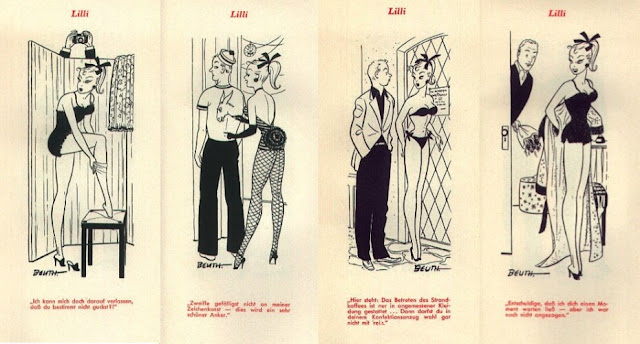 ...based on a cartoon strip that ran in a German tabloid, "Bild".

Even if you don't understand German, I'm sure you can get the gist of the cartoon strip...Lilli was a racy, high end call girl type, and the one panel cartoon always showed off her long legs, curves and her wit.

In one she's wearing a bikini and a German policeman has just told her bikinis are not allowed in public so she'll have to take it off, to which she replies, "Oh?  And which part would you like me to remove?"

The comic strip was so popular they made Lilli dolls that were marketed to men and sold in tobacco and liquor shops...they were made to be hung from the rearview mirror in your volkswagen...

So the entrepreneurial Ms. Handler bought the rights to Lilli, tweaked her a bit (not much, obviously) and marketed her to American girls.  (In fact, Mattel became the first toy company to advertise specifically to kids when they bought commercial time on the Mickey Mouse Club show.)

Let the controversy begin...some folks said it was great that girls had a beautiful role model that worked as an airline stewardess, doctor, pilot, etc... 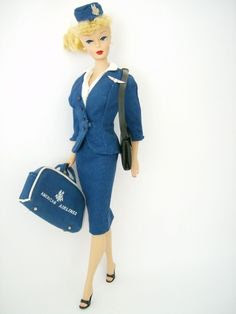 ...while others bemoaned the emphasis on physical beauty and material possessions (you have to admit, she had a hot ride and lived in cool digs...) 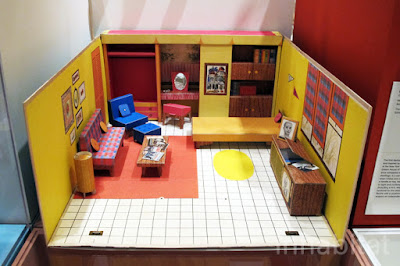 No matter what your opinion is, Barbie was a smash success. 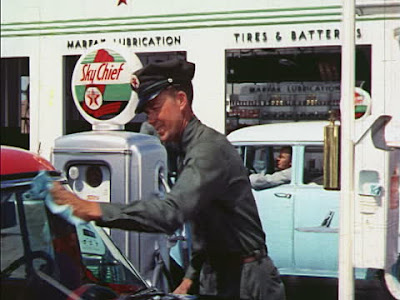 ...you could buy a Barbie doll for $3.00 and they've sold millions of them through the years.

Of course today you'll need a few more greenbacks if you want to own an original 1959 #1 Barbie.  Depending on condition and accessories, you'll shell out anywhere from $7,000 to $12,000.

Ladies, kind of makes you wish you'd held onto her and taken a little better care of her when Mom gave you one back in 1959, hey? 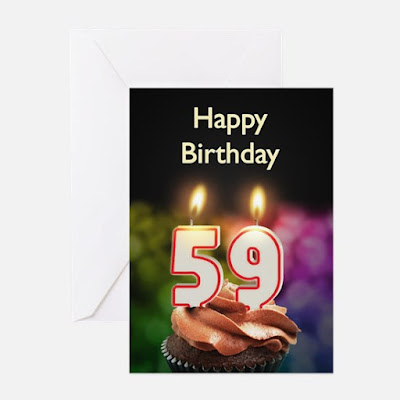 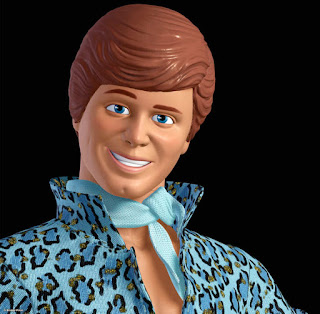 Email ThisBlogThis!Share to TwitterShare to FacebookShare to Pinterest
Labels: barbie