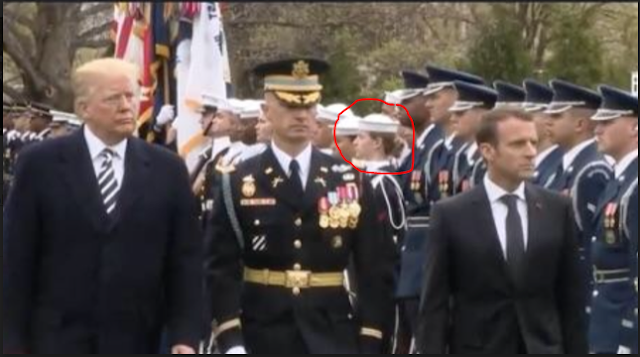 She's part of the Navy Ceremonial Guard that presents at all kinds of different official occasions.

This happened to be in honor of French President Emmanuel Macron, for whom there was a State Dinner this week.

So very proud of you, Tionna!

Getting close to wrapping up my current writing project, Last Flight.  Started as a short story, but has grown into a novella...I will not allow it to become bloated into a novel. 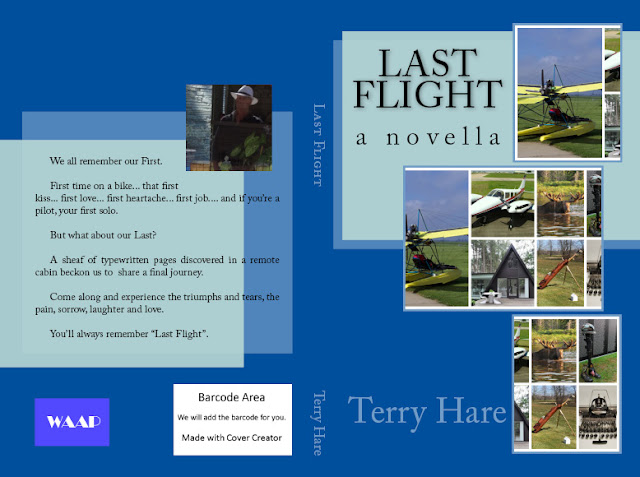 Of course the word counts used to determine the category of writing are somewhat arbitrary.

Saw something the other day that defined 5 different length categories:

Who the arbiters are of such things I have no idea, though much of this no doubt gets kicked around by people who make money from it.

In my opinion, Hemingway's The Old Man And The Sea is the definitive novella... 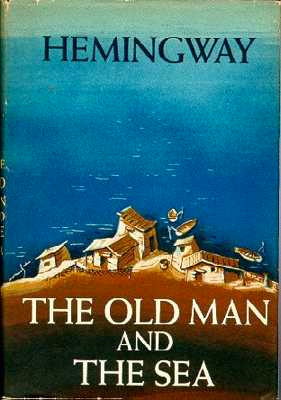 I'm at 21,000 now and definitely winding it down...should be available on Amazon soon.

I like the concept of novellas...they're a quick hit, not a major time investment; you can easily carry the story in your head; read it in one sitting; and read it again for clarity and to pick up what you missed the first time without feeling like you're wasting another month of your life.

A good novella has some depth, some character development, a coherent plot line, an overarching theme, but you're not bombarded with minutia and excess verbiage.

You'll never convince me a 200,000 word story couldn't have been pared down to its essentials and related in a fraction of that length.

Brevity is not just the soul of wit, it's the essence of good manners.

I can hear the proponents of spending days curled up on the couch, lost in someone else's reality howling in the distance...time to stop beating that drum and beat feet to the next subject...

Something simple...I've always liked this picture... 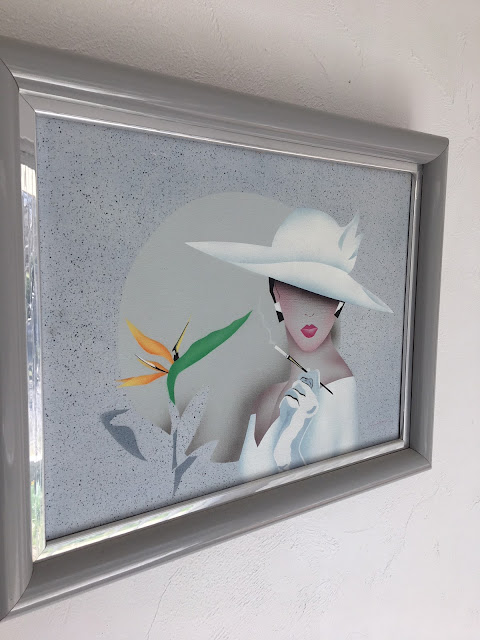 The Woman In White, for lack of an official moniker...it hangs in our hallway, from the TV room to our bedroom...love the art deco styling and the color palette...it's just very soft and elegant...also inexpensive...wasn't a big ticket item...lovely.

Here's my next antique purchase... 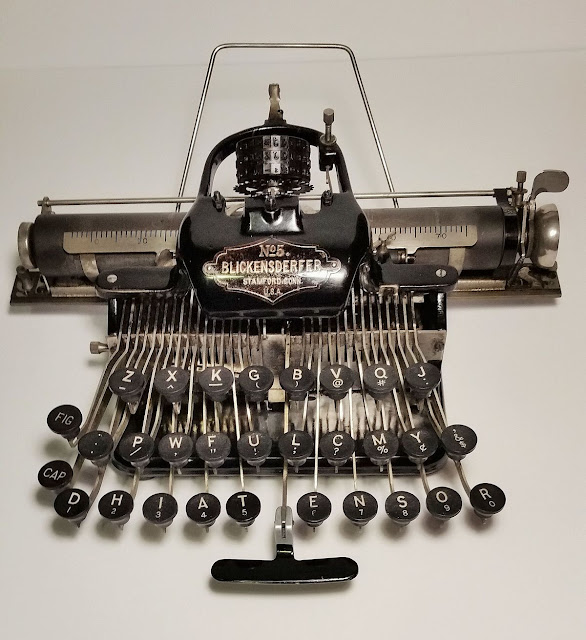 That's a Blick 5 typewriter from the very late 1800's / very early 1900's...a real marvel at the time.  Note the lack of letter keys to strike the page...instead it had a "ball" that rotated when you pressed keys so the correct letter / number / symbol pressed against the page.

It's the same concept IBM used with their Selectric model introduced in the early 1960's, only Blickensderfer conceived of this 70 years before IBM did.

Plus he used what he called the "scientific keyboard", so named bc he researched the letters most commonly used in English words.  So his "home row" of "DHIAT ENSOR" were used 70% of the time.

By way of contrast, the QWERTY keyboard was designed in the 1800's to slow people down, so all those keys striking the paper wouldn't stick together bc you hit them too quickly.

Consequently someone using a Blick 5 with a scientific keyboard could achieve 70 words per minute, an unheard of speed at that time.

It was small and compact and cost $35, whereas competitors' typewriters were big heavy ungainly beasts costing $100 to $500 a pop.

If Mr. B hadn't died in 1917 who knows where his company might have gone...but without his leadership they folded within 2 years and were bought out by Remington.

The history lesson is ended...go forth now and bore your compadres with tales of typewriter feats from days of yore... 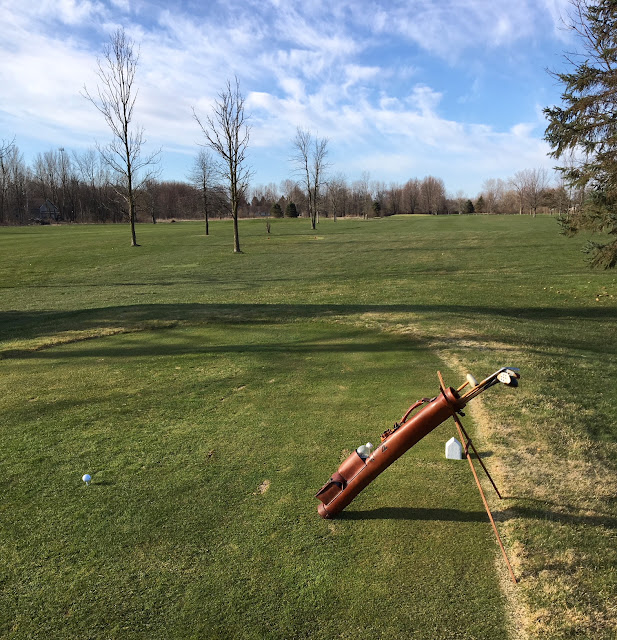 ...beautiful sunny day, but cold...about 37 degrees when I started...but no one else there so it was quite enjoyable...

And I did a little better than last time...still not good, especially getting started...but got better as I went... 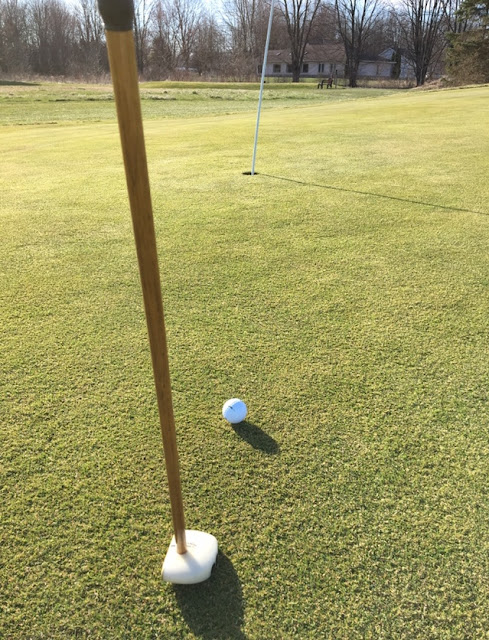 Had one or two decent tee shots with my brassie, two or three decent shots with my cleek, and in general did pretty well with my mashie and niblick... 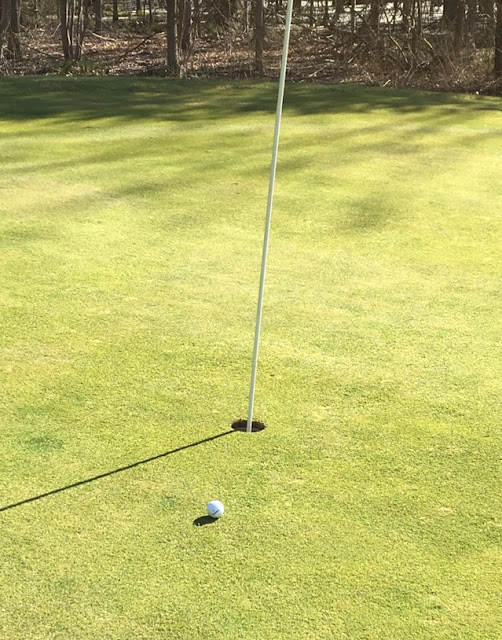 ...putting was inconsistent, but overall a much better round than last week.