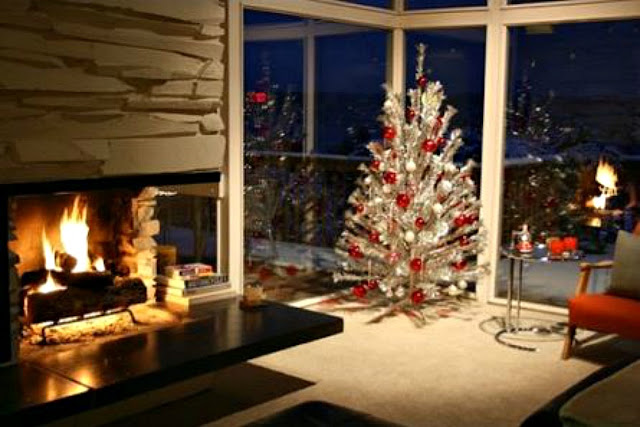 ...and every mouse
had fled frozen fields for the warmth of my house.
My wife found their droppings and said, "I'm not pleased
to think that these varmints are taking their ease... 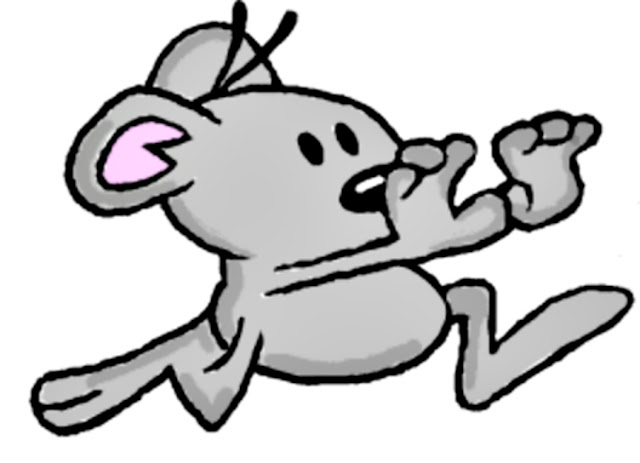 ...inside my warm dwelling; this outrage won't stand!
What will  you do?"  Then I raised my hand...
"These mice, they are finished!  Kaput and Kersplatz!
No way they'll survive for we have three cats!"
Then we beheld our fat felines, all three: 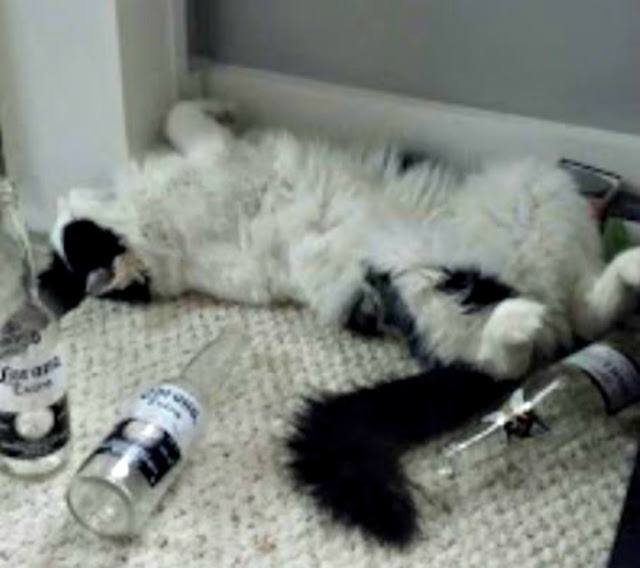 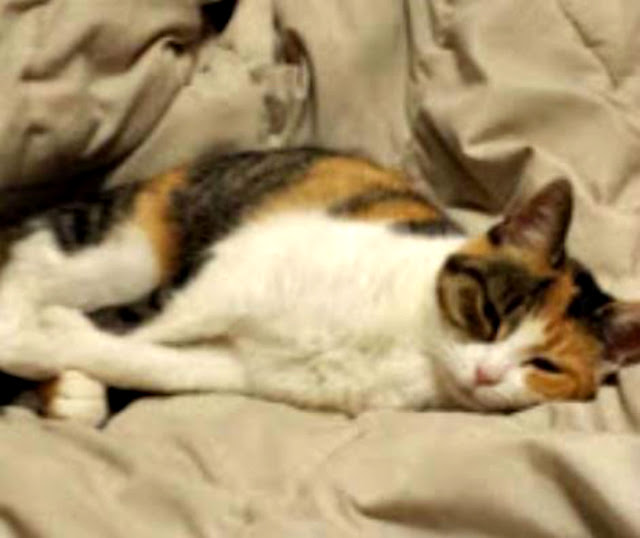 ...and the useless Smokey. 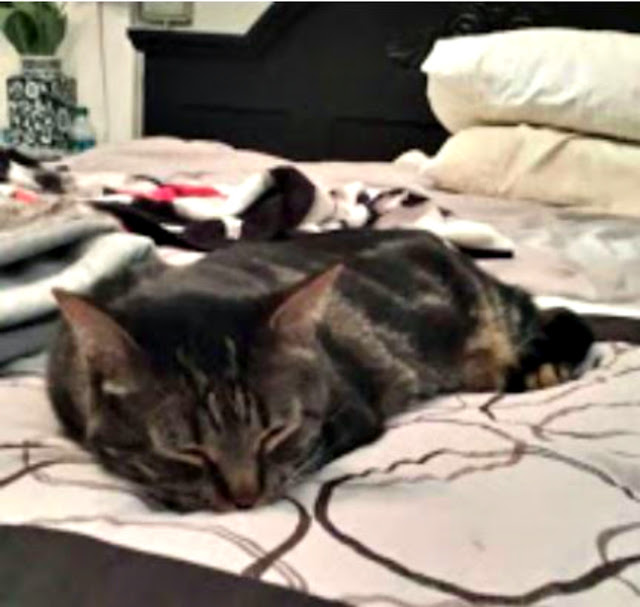 Disciples of Garfield, were these pointless creatures,
with sleeping and eating their dominant features.
No help would be coming from those worthless saps,
so I scrounged all around til I found an old trap. 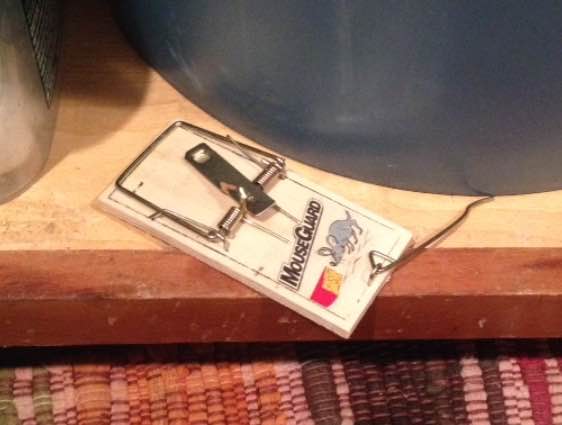 And later that night, 'ere mice came a-creeping,
I set the cruel deadfall then got busy sleeping.
So early next 'morn, at dawn's early light,
I sprang from my bed to find what I might.
But what did my wondering eyes finally see,
but a clean, empty trap and a note left for me: 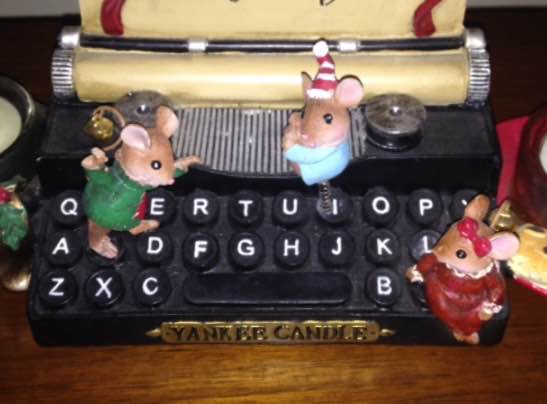 "Thanks for the cheese, but what would be better,
instead of old muenster, could we have fresh cheddar?"
"And what's with this platter?" my mousy pals asked.
"We might have been killed if we hadn't been fast!"
'Twas then that I thought of the great Robert Burns
and his famous lament to a mouse that he turned 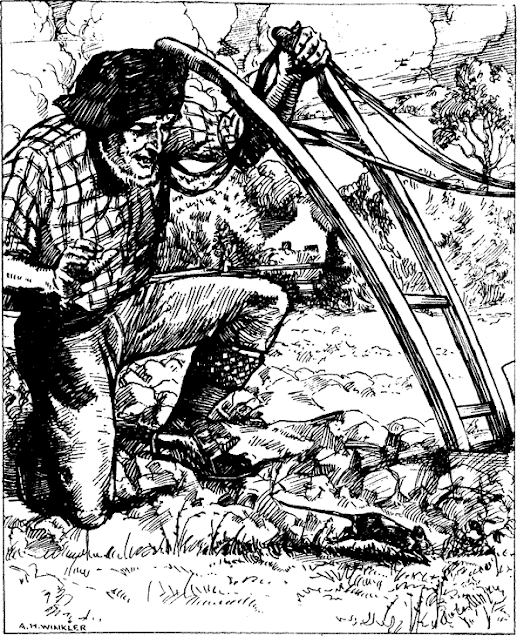 Out of warm hearth and home as he plowed in his field.
Did I want to partake in his life time of guilt?
The best laid plans it is easy to see,
Gang aft agley and I think you'll agree
There was nothing to do but give them their cheddar.
After all, it was Christmas, and what could be better 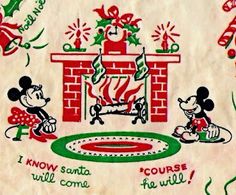 Than showing the love God has for His swarm,
by letting them stay inside where it's warm?
Then out went the trap in the cold winter night!
We're quite overrun but I guess it's alright. 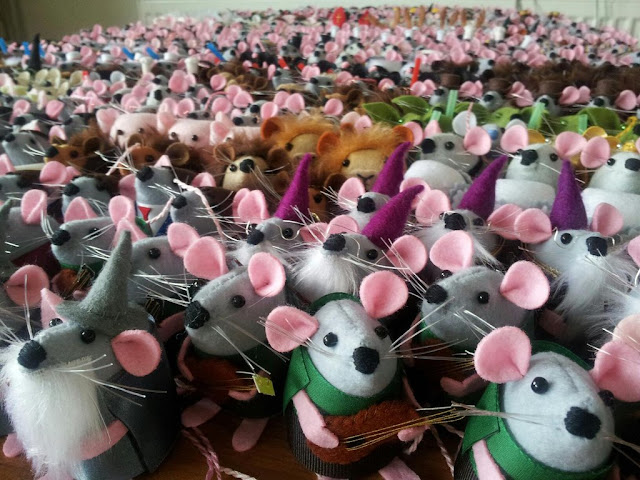 And as quoth St. Nick on his annual flight,
"Happy Christmas to all, and to all a Good Night!"
Nice to have that out of the way.

In the many years of my tiresome sojourn topside of planet earth, I've found there are several ways to deal with mistakes... 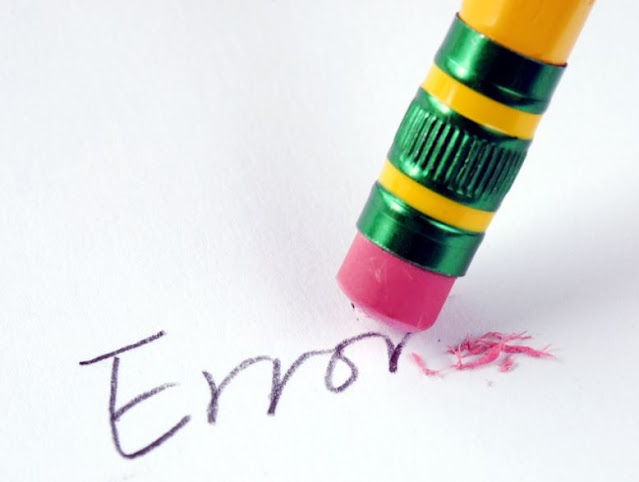 ...the best, of course, being "don't make them".
But when the inevitable has occurred, the 2nd best is probably "figure out upon whom I may reasonably blame this and not get any on me".
Bringing up the rear in last place is "'fess up and take it like a man," and today, sadly, that is what I must do:
I recently sent out a Christmas letter - you may have received one - and near the very end I included this oft quoted verse... 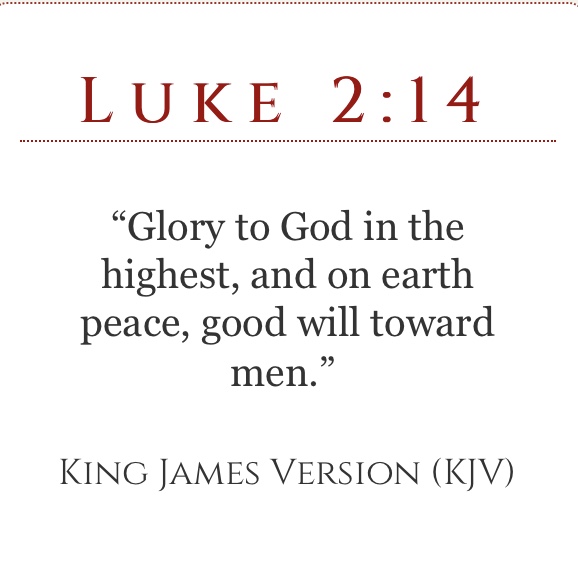 ...but unfortunately I tagged it as Luke 2:15, not verse 14.
The worst part is I'd just looked it up to be sure, so in my mind I was thinking verse 14 but my 9 fingers typed it as 15.
So I guess in a way it's not really my fault; it's my fingers' fault.
And just thinking out loud here...
...if we hold with Armbruster's Axiom which states:
"Always blame problems on the one who didn't attend the meeting."
...then I suppose it's the fault of the finger I left at the bottom of that well we were drilling on that Louisiana oil rig back during the 1970's.
Boy I feel better already.
I'm glad we had this little chat.

In other seasonal news, it's starting to look like our restored Philco V-handle refrigerator may not be ready in time for a Christmas delivery... 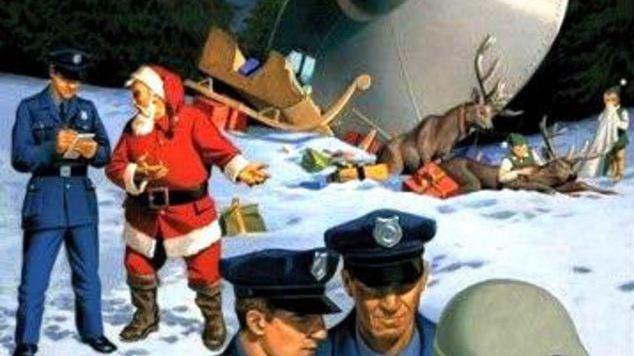 ...due to unforeseen circumstances...specifically, they're trying to find a working mid 1950's Philco mullion heater.
As everyone knows, that's a low voltage wire used to keep the freezer compartment from icing up.  (You did know that, right?  I certainly did, right after Mandy told me.)
Well, drat...but I'd rather it be "right" than "quick".
Something to brighten a snowy January, perhaps?

At the urging of one of Karen's brothers, we watched the 2016 remake of The Magnificent Seven... 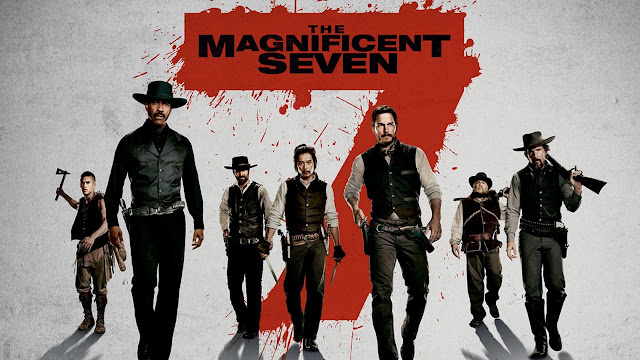 ...starring Denzel Washington, Chris Pratt and a host of others.
The story in this one is basically the same as the original 1960 version... 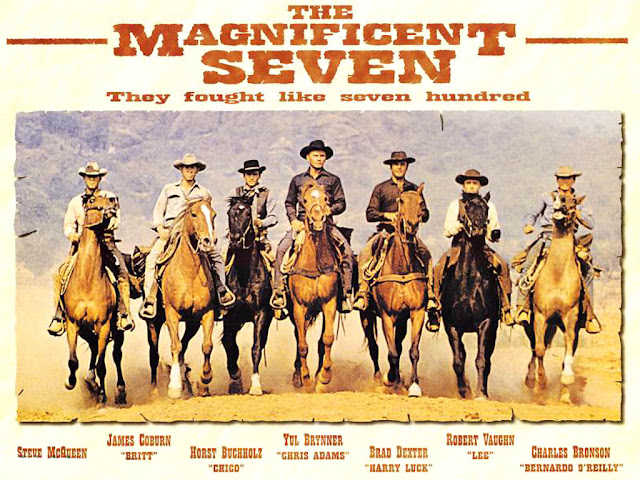 ...that starred Yul Brynner, Steve McQueen and the others you see there.
A town is beleaguered by a bad guy and his evil minions, and eventually the 7 gunslingers arrive and vanquish them.
Along the way there's an abundance of clever banter, gallows humor, a whole lot of shooting and the requisite dead bodies that accompany such activity in all westerns.
It should be noted that both of those are actually remakes of the 1954 Japanese original, a 3 and a half hour epic called Seven Samarai... 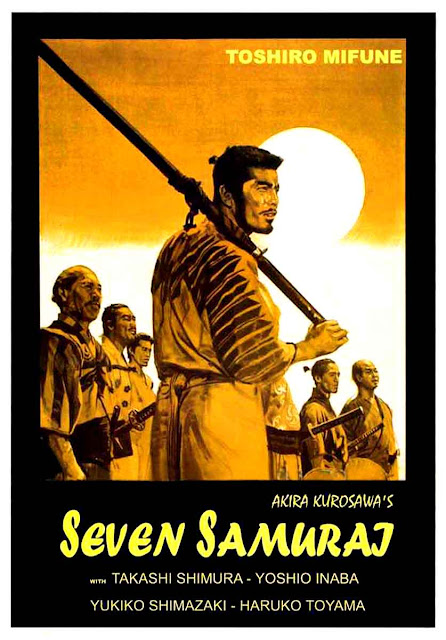 So which one of these three is the top dog?
I've never seen the Japanese original, but everything I read says it's the best of the bunch and both American remakes are not really in the same class.
At 3.5 hours, I'll take their word for it.
Of the 2 American films...I think they're about the same when you factor in the eras in which they were made.
Populated with well known stars, they're both well acted with a good mix of drama, suspense and comic relief.
And both are satisfying since that rarest of all commodities - Justice - is actually served (remember, these are movies, not real life), and the bad guys get what they deserve in the end, albeit at the cost of many townspeople and 4 of the Magnificent 7.
(If you want to know which 4, you've got to watch the films.)
Neither of these will change your life, but they're both good for a couple of hours of engaging entertainment.
Their best feature at the moment is they're not politics, so worth a look.

A quick check of the pocket watch I don’t own... 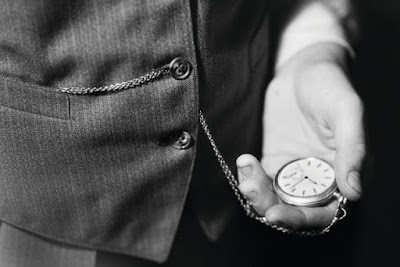 ...tells me it's time for a stroll through the parting shots department...

Two weeks, folks...that's all you've got until the big day... 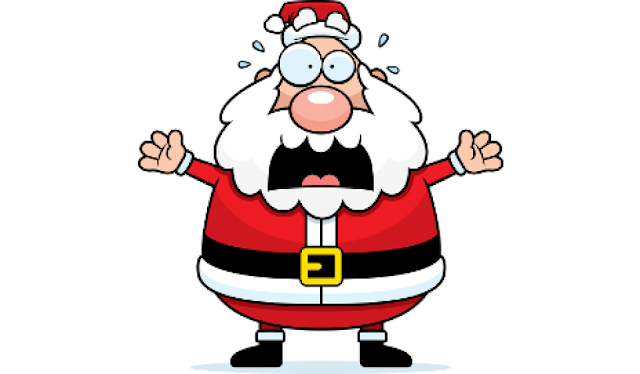