After several years of frustration I have at last acquired this most spectacular example of all the art deco radios, courtesy of ebay seller "pilgrimhands".  Her specialty is vintage textiles - see her ebay profile here: pilgrim_hands_ebay_profile - but this radio belonged to her father, and I am the fortunate soul who now takes stewardship.  She's been selling on ebay for 30 years and is a delightful person as well as a highly rated seller.  Do yourself a favor and check out her ebay offerings.

Next step is to drive the radio down to Tom's Antique Radio Repair for electronic restoration.  Tom has restored / repaired many of my vintage tube radios and always does a fabulous job...can't wait to get this one fully functional.  I don't know why I enjoy these vintage, tube, radios so much...I suppose it's the idea that something created 80 plus years ago is a beautiful objet d'art while still serving its original purpose.  There's something reassuring and comforting about that type of longevity and stability.

Switching gears, some encouraging news:  my son who suffered a stroke is now at home...not fully recovered, of course, but making progress.  My sincere thanks to any and all who offered up prayers to God in heaven on his behalf.

Today was Saturday but a work day...spent most of the day trying to catch up and write some programs that have been hanging over my head.
Ok, so it's not quite that bad, but still felt good to catch up a little...but I do mean a little...plenty more to do.

Tonight Karen and I watched an old Marilyn movie, The Prince and The Showgirl.  Previously we watched "My Week With Marilyn", a disputed account by Colin Clark of the making of that movie.  He claimed to have worked on the original 1957 film and to have grown close to Marilyn after her husband, famed playwright Arthur Miller, left England and returned to New York.

Fact or fantasy, is was an interesting movie and provided some context for watching the original.  As always, Marilyn was captivating on the silver screen, even if the film itself was little more than a costume epic. 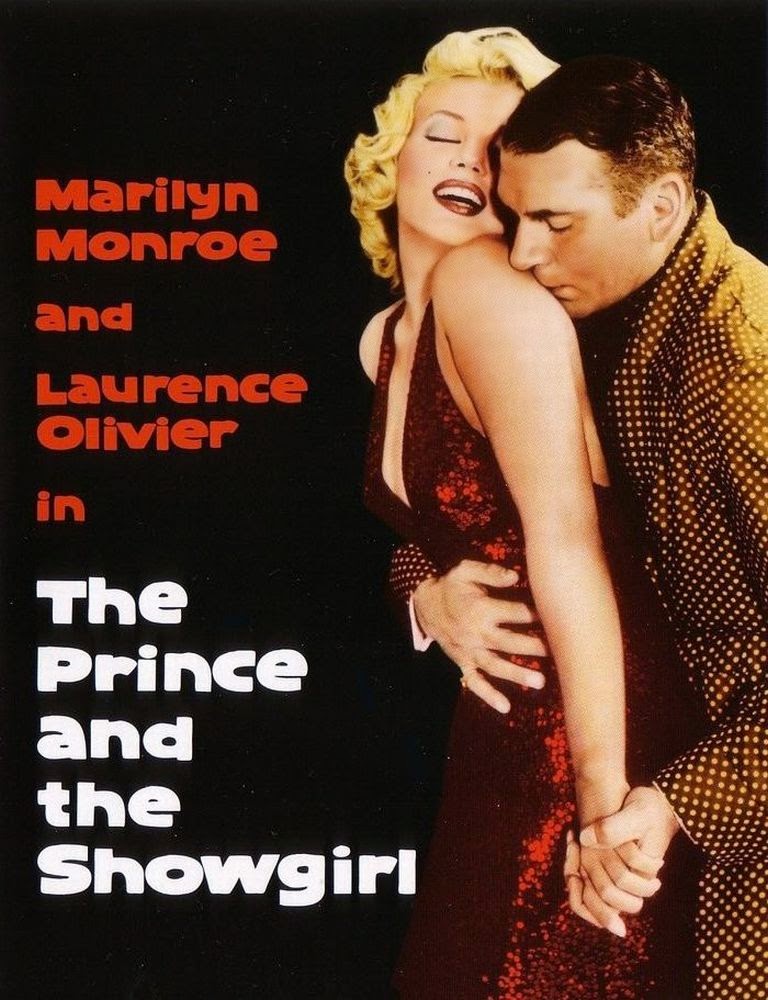 Not really sure what the above advertising slick has to do with the actual movie; Laurence Olivier never appears on screen dressed like that...he is always in formal attire that I suppose was appropriate to the time frame depicted (1911) and to European royalty...and Marilyn spends almost the entire movie in a white evening gown.

An mcm objet d'art that graces my loft fireplace mantel:
Not really a cat person, but I like the tall, elegant lines of these 1950's porcelain cats.  These types of "kitschy" art sculptures were common in the 50's and 60's as people started bringing "art for the masses" into their homes.

Another restoration project for Bob Adams of Ronson Repair:
Scheduled to arrive at his place tomorrow, he's going to work some magic on this piece from the 1950's.  Eventually it will grace an art deco bar in the basement of our future mcm ranch:

Duty screams as always, so until next time...