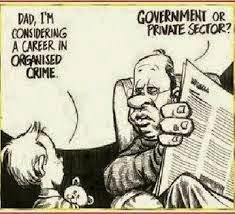 This one has to do with housing.  The one we were looking at is gone, so now we're considering building...found a piece of property and we're currently talking to builders about total project cost.

The main problem is, I've never talked to anyone who built their house who did NOT say, "It took longer and cost more than we expected."  Not encouraging,  but we'll keep that in mind while we're making our decision, hopefully this week.

On the mid century modern front, Bob Adams of Ronson Repair repaired / restored a bartender cigarette dispenser for me: 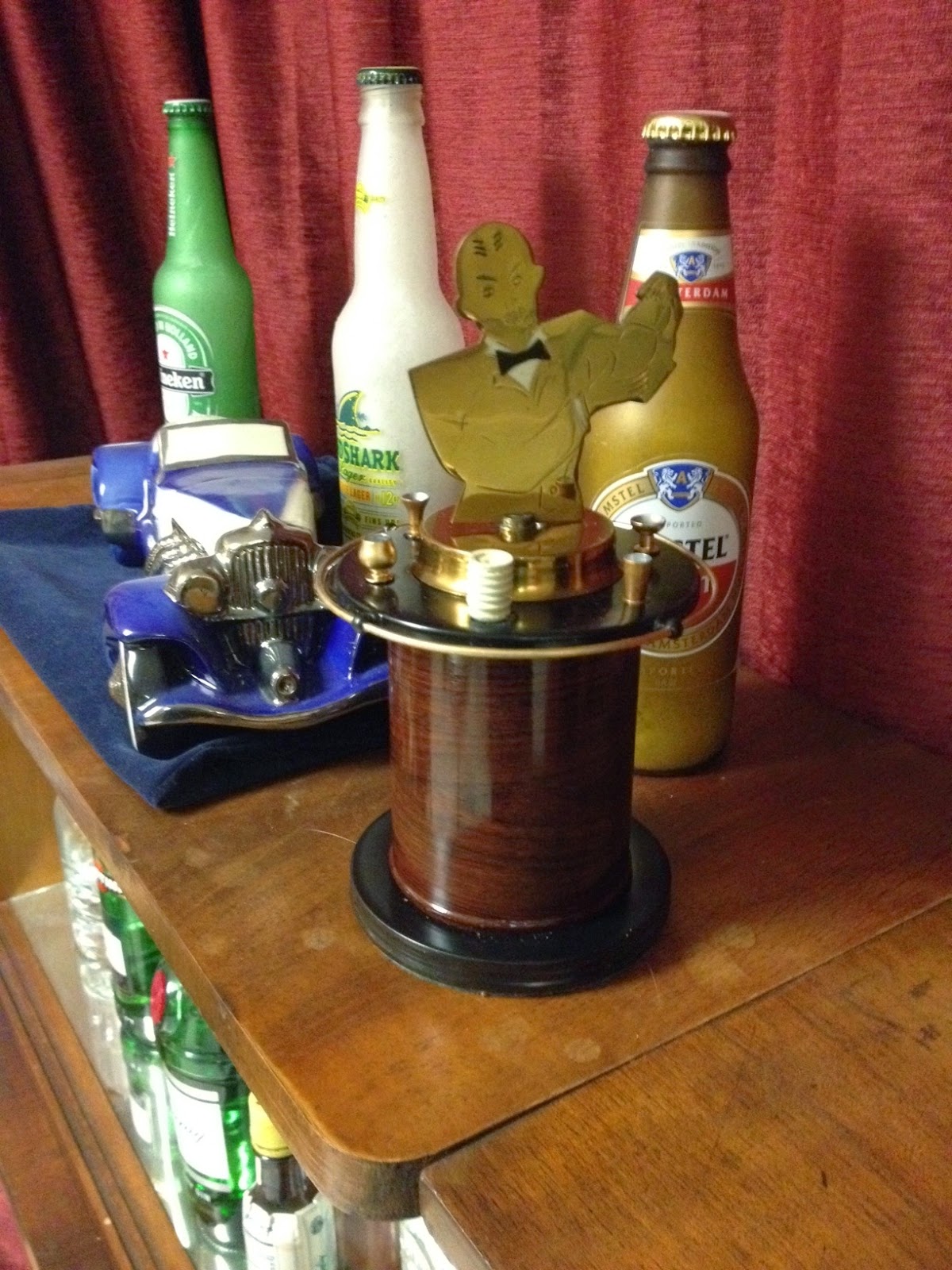 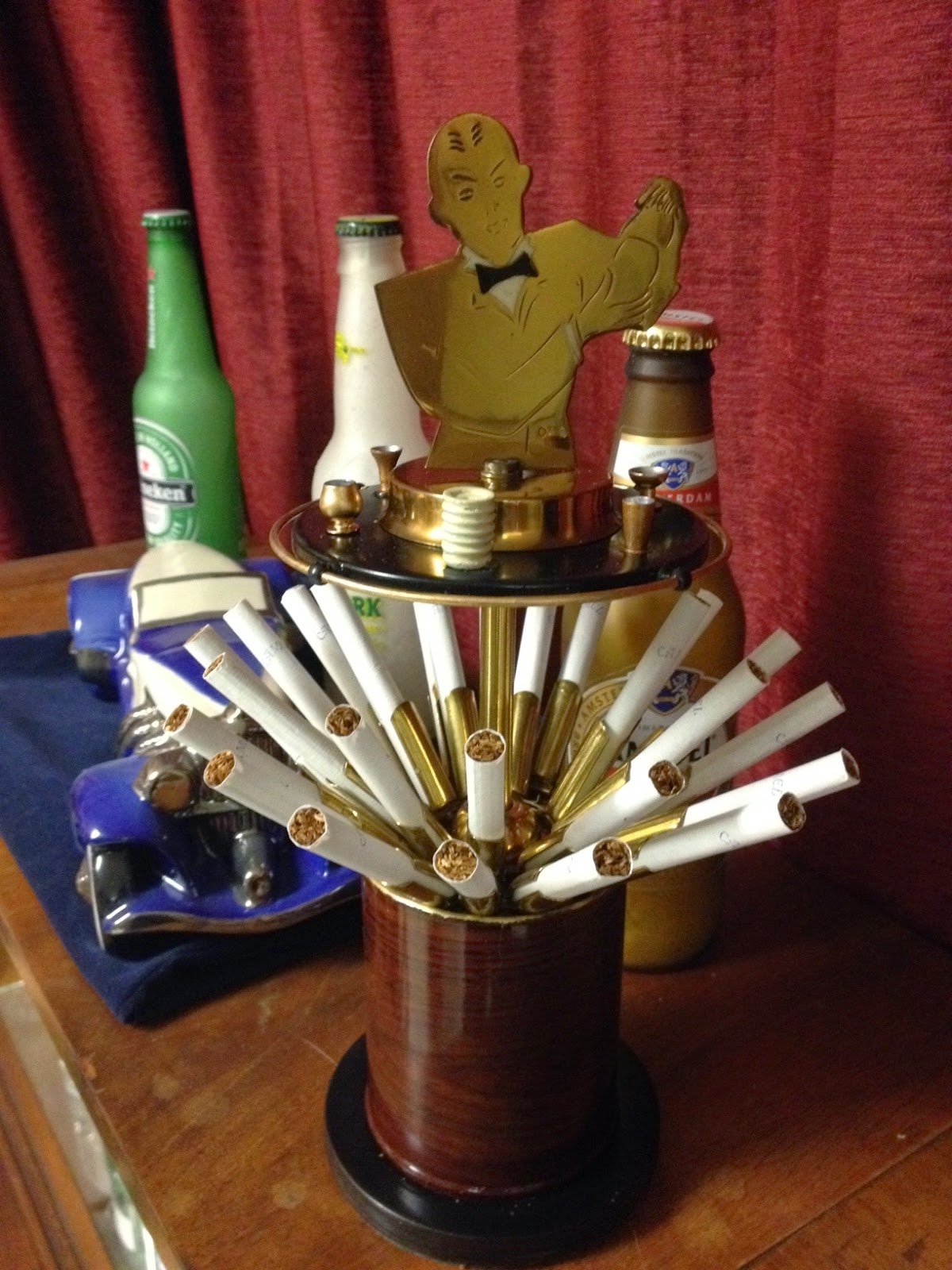 Yeah, I know...cigarettes are bad for you...but Bob did a great job as usual, and that's still a cool item, very clever.  It's gonna look great on top of our art deco bar next to the bowling lane.

He also threw in an Octette lighter with a unique walnut grain finish: 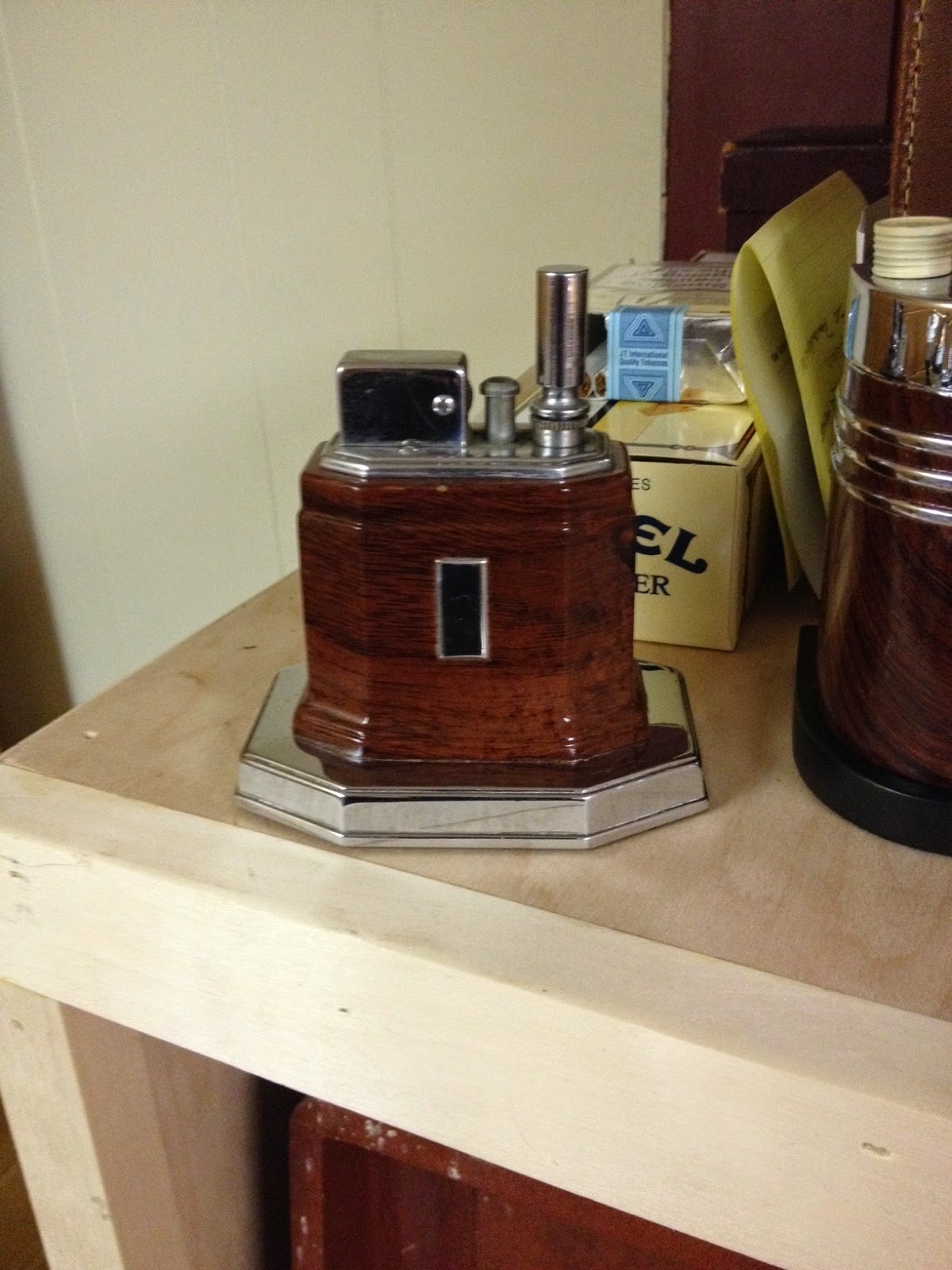 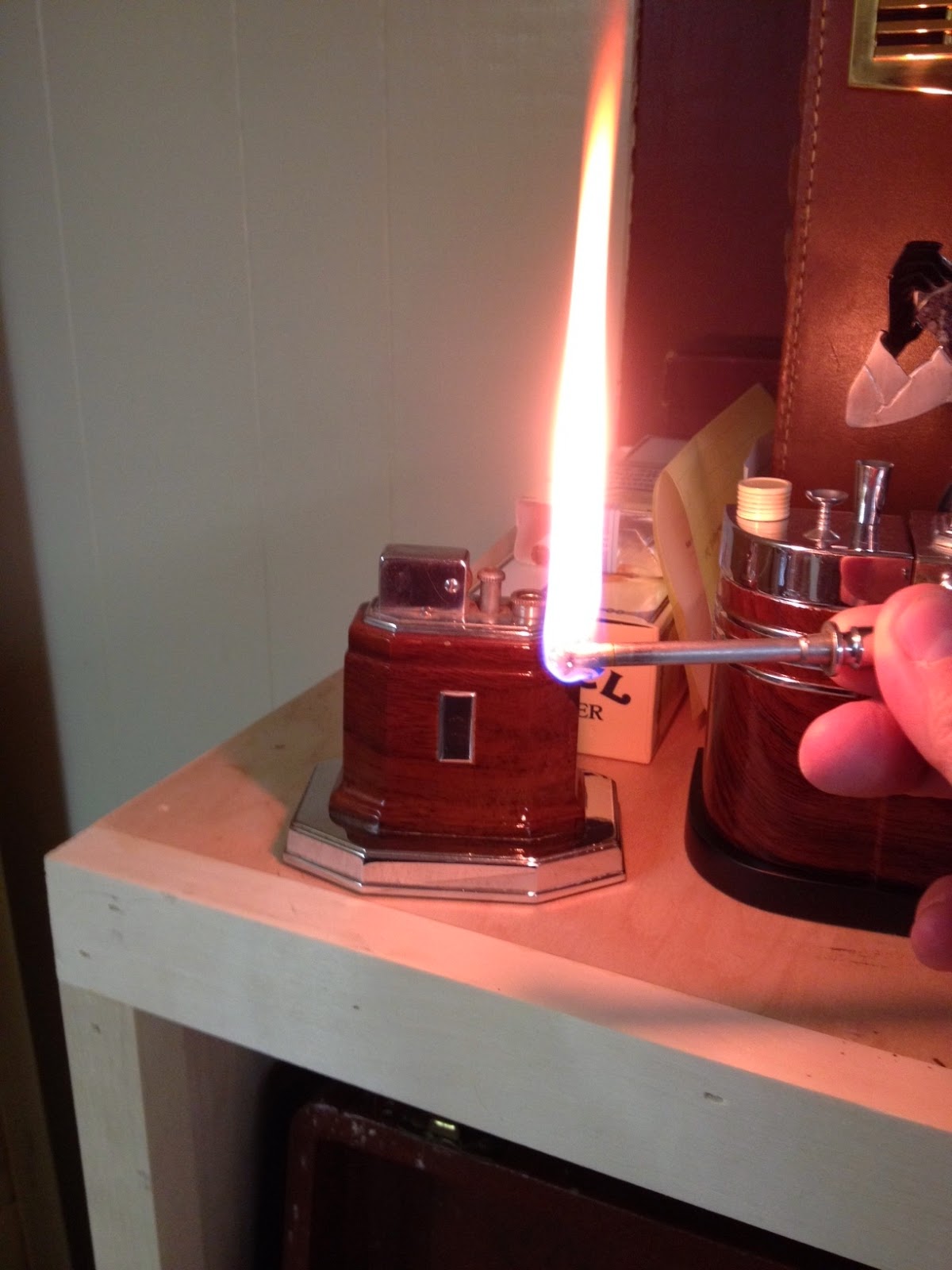 This weekend Karen and I drove down to Ohio to pick up a couple of radios I had restored...that makes for a long day, about 12 hours from the time we leave until we park the car in the driveway at home again.  We usually visit an antique mall while we're down there, just to take a break from 5 hours of driving, and we did so again this time.  Didn't see anything compelling, but it was still nice to stand up and walk around before we got back in the vehicle for the long trek north.  I've pretty much concluded most "antique stores" are really little more than glorified flea markets, and to find anything truly valuable you need to know other collectors or glom onto the occasional ebay item.

It's approaching midnight on this Sunday, the 27th of April, 2014, and it's time for sleepy bye before we jump into yet another work week.