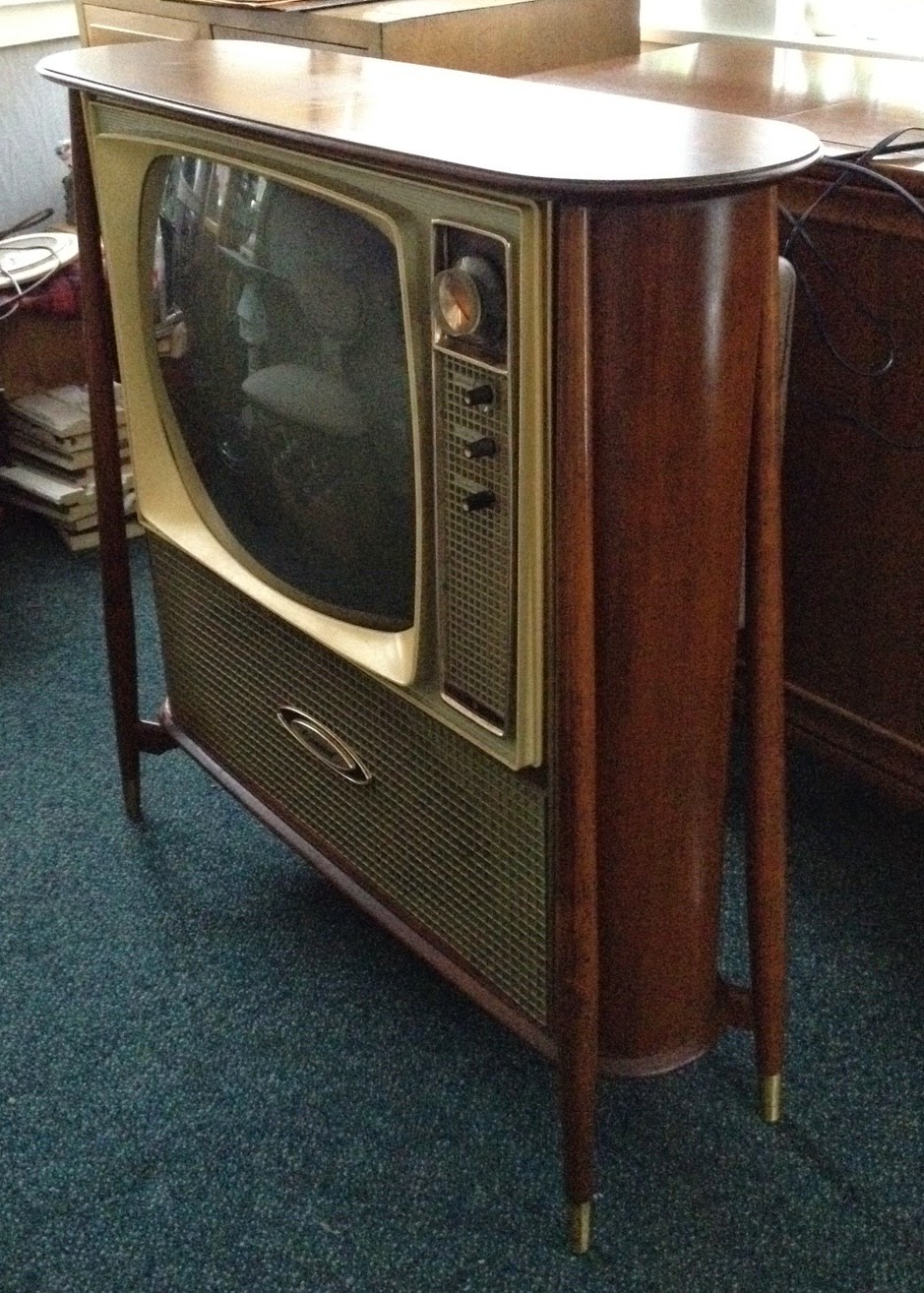 ...model 21C2465 black and white TV...a mid century modern / Danish Modern classic.  Picked it up from a seller in Indiana this weekend...here's another view:

Amazing how narrow this model was for tube electronics in the 1950's.  Most tube TV's were boxy affairs, but this really captures the sleek, modernistic, design elements of the atomic era.

Bought it as non-working, but got a surprise when I got it home, cleaned it up a little, and decided to plug it in:
Not much to write home about, but the tv audio works, and the tube may be a candidate for restoration.

My problem with that is I already have a half dozen black and white tv's from the 40's and 50's, and as much as I love the old black and white sets, I can't fix them, and I haven't found anyone local who can fix them, either...and one constant with these old, tube sets is they do need attention from time to time.  There was a small army of TV repairmen back in the day that came into your home and worked their magic on your set once or twice per year.

That's not happening around here anymore, so I do believe I'm going to remove the vintage electronics from this set.

I know there are purists who would scream in protest if they read this, and I do understand that sentiment..  However, most of the "purists" I've talked to only repair their own stuff and have little to no interest in actually preserving this dying discipline.  I totally get that; they do it for fun because they love working on old sets or for whatever reasons blow their hair back.  This is God Bless America and I'm completely fine with that concept.

But since I have joined forums and and advertised on Mlive, offering to pay anyone who might be interested in working on my sets with never a positive response, the purists can kiss my ass on this one.

I'm going to appreciate the beauty of this set's mid century modern design elements and that may involve modern day electronics and a color picture.  Can't wait to decorate a room around this classic.

Other than the constant panic that is work, not much else happening at the moment...went bowling today, but unlike last weekend, today's foray into the black art of ten pinnery was a dismal failure. 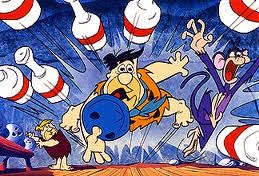 I dug deep into my vocabulary to find the appropriate four letter words to properly describe my efforts, then admitted bitter defeat and skulked on home.  A good time was decidedly NOT had by all.