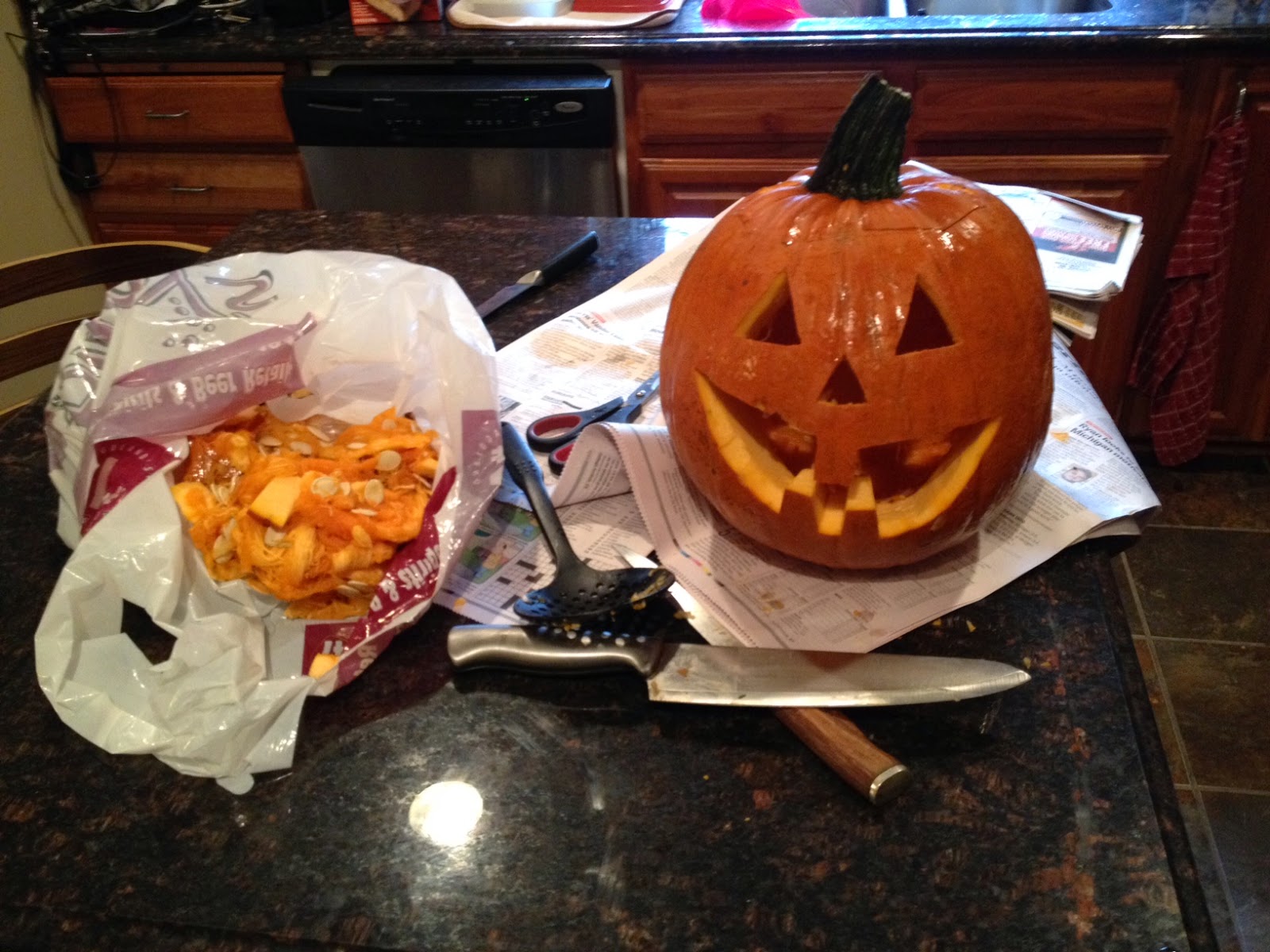 ...about not so much (with apologies to the Bard).

As it turns out, there was much preparation for very little...Mother Nature got pissed about something and blew up a storm on All Hallows' E'en, complete with gale force winds, the season's first snowflakes, and wind chills in the 20's.  Consequently our usual 100+ trick or treaters dwindled to some paltry sum less than 50.   Hardy souls they were, each and every one that braved the storm.

As Charlie Brown might say, rats!  Today I feel like Linus bemoaning the absence of the Great Pumpkin...all that time and effort preparing for the big night and in the end it was only Snoopy. 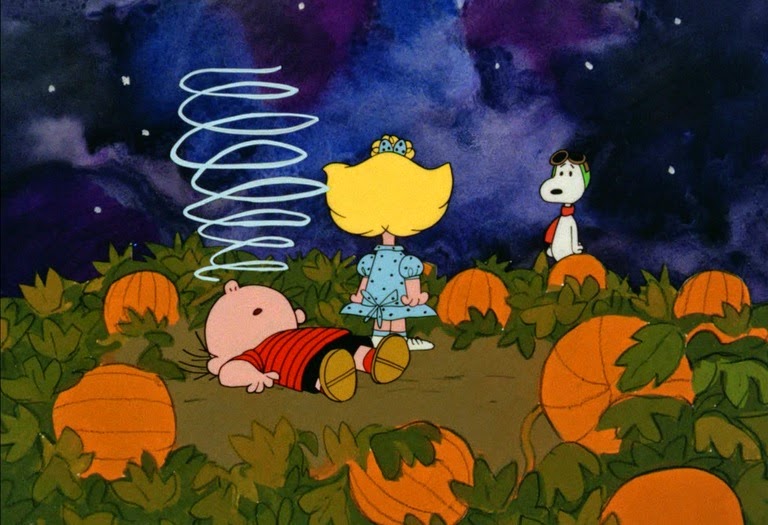 Lots of clean up today...besides putting all the decorations away for another year, we also have a major mess in the backyard from all the falling branches, courtesy of the wind storm.

Oh well...some pics from the not so big event: 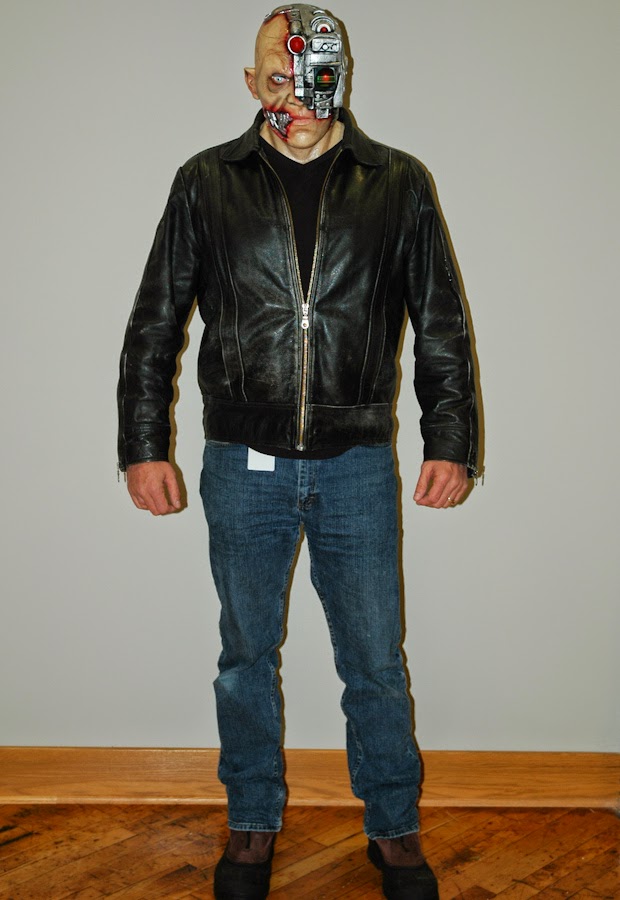 My official work portrait...I stopped in at 9:30 for the costume contest...not sure if I won anything other than the undying respect of my terrified co-workers. 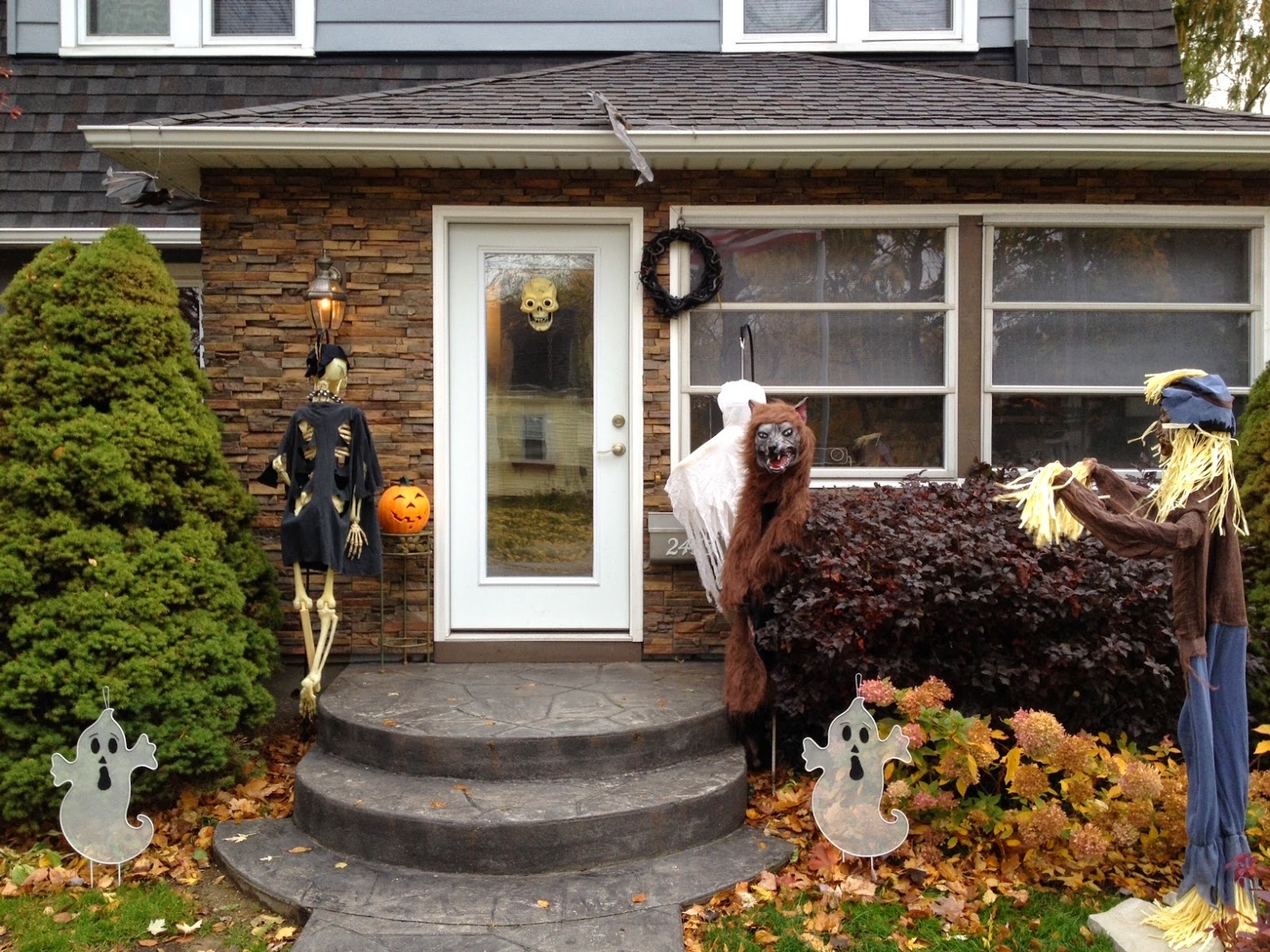 Our front entrance, scarified for the festivities...forgot to put out The Creature From The Black Lagoon, but he's light and probably would have blown away: 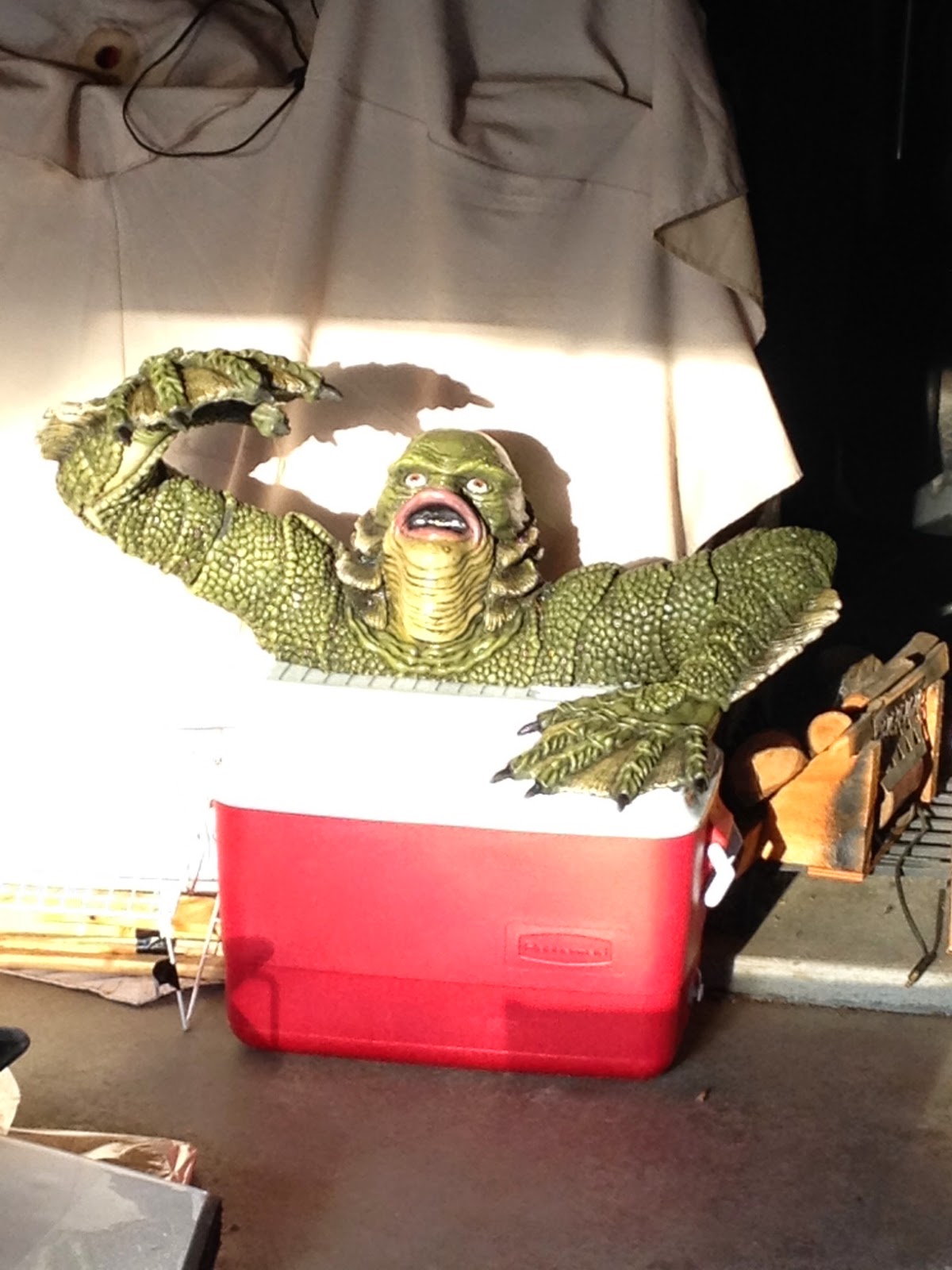 He was going to sit on top of the bushes, next to the Scare-wolf.

Should have taken a picture of the tree creature and his buddies...I set up the swinging bat and the raven in a cage on either side of him, hanging from the tree limbs 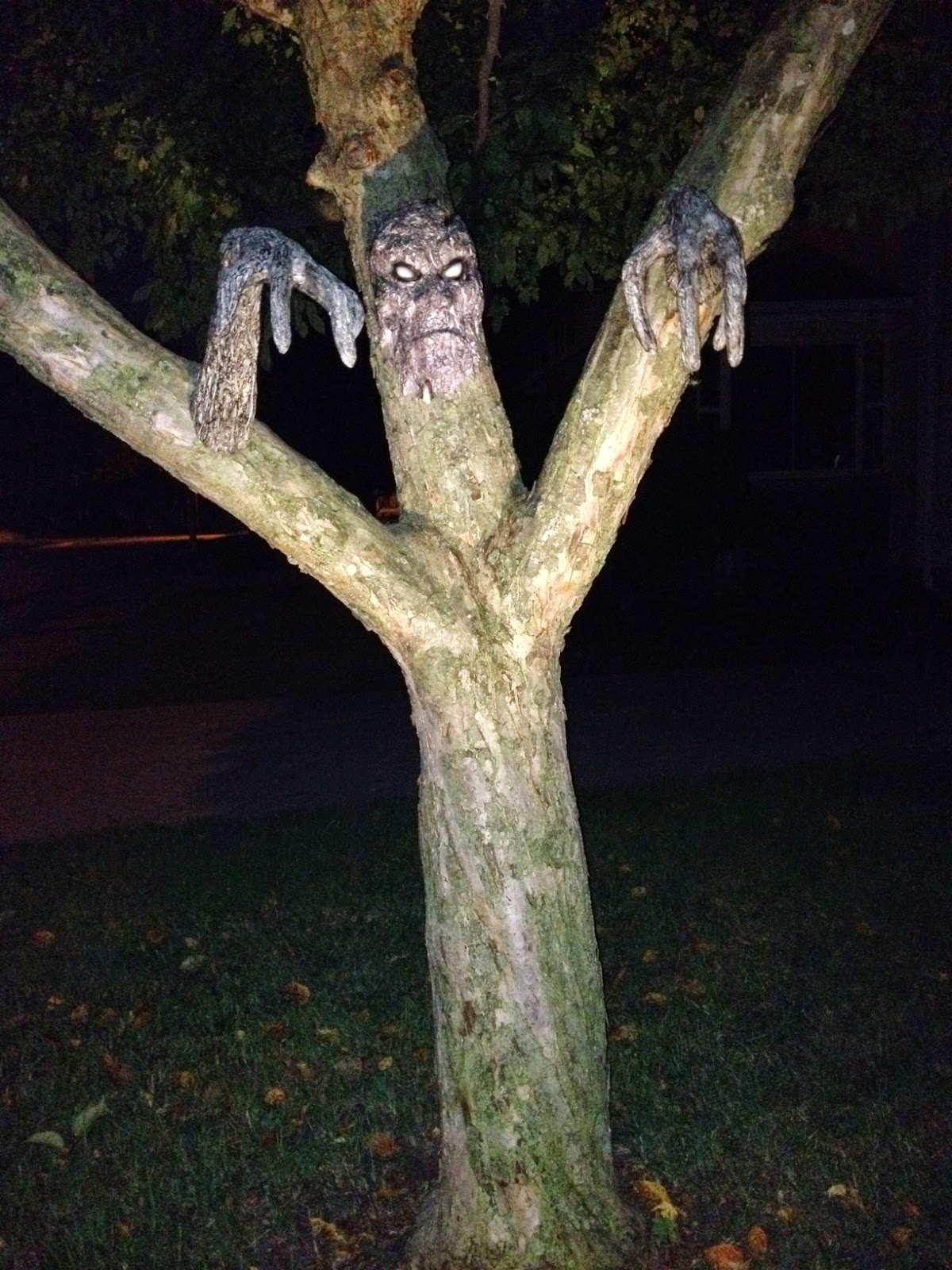 Yeah, it's a repeat of an earlier tree creature pic. 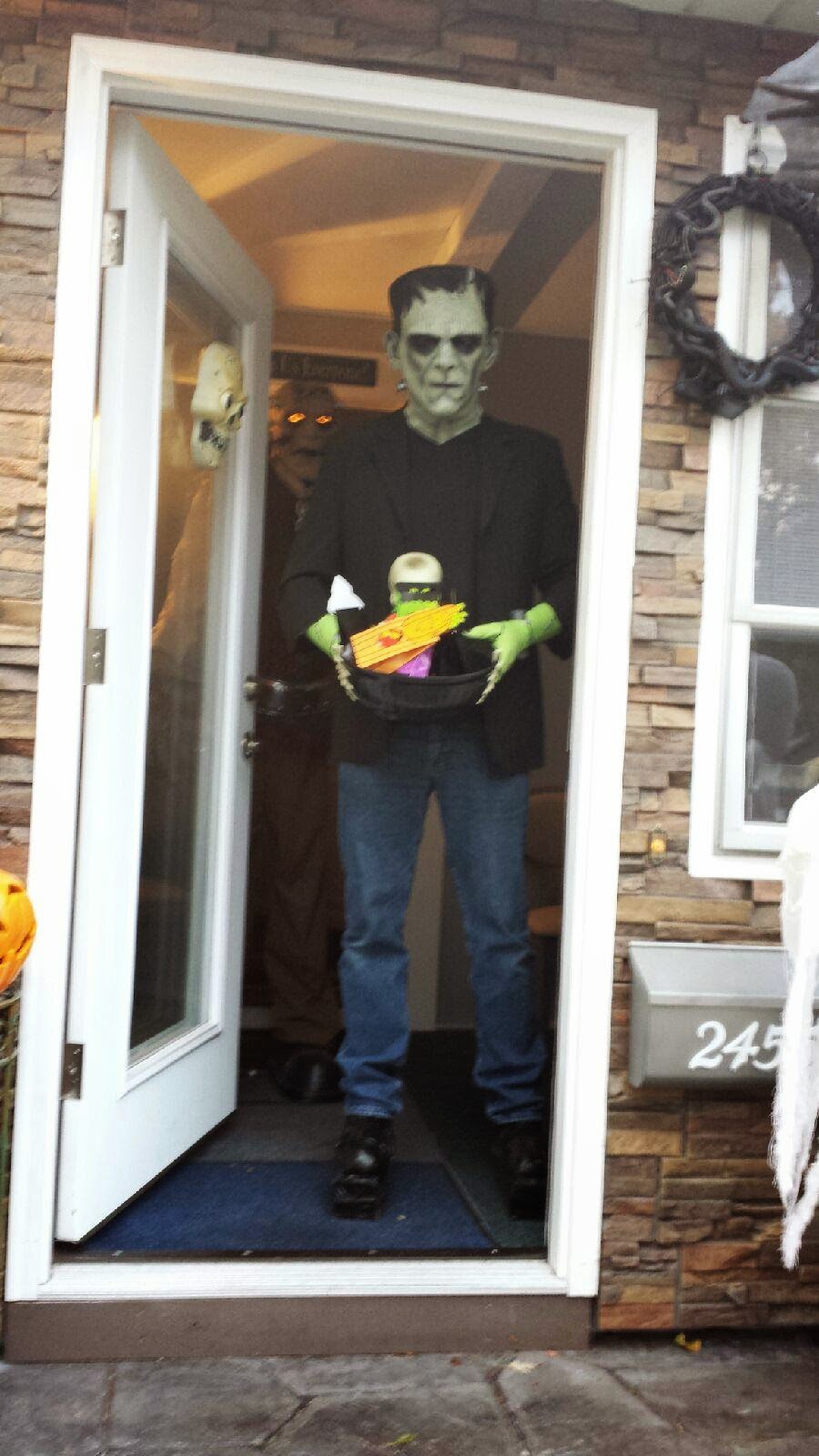 I think maybe the photographer had a little too much to drink, or else the house was tipping over when this pic was taken. 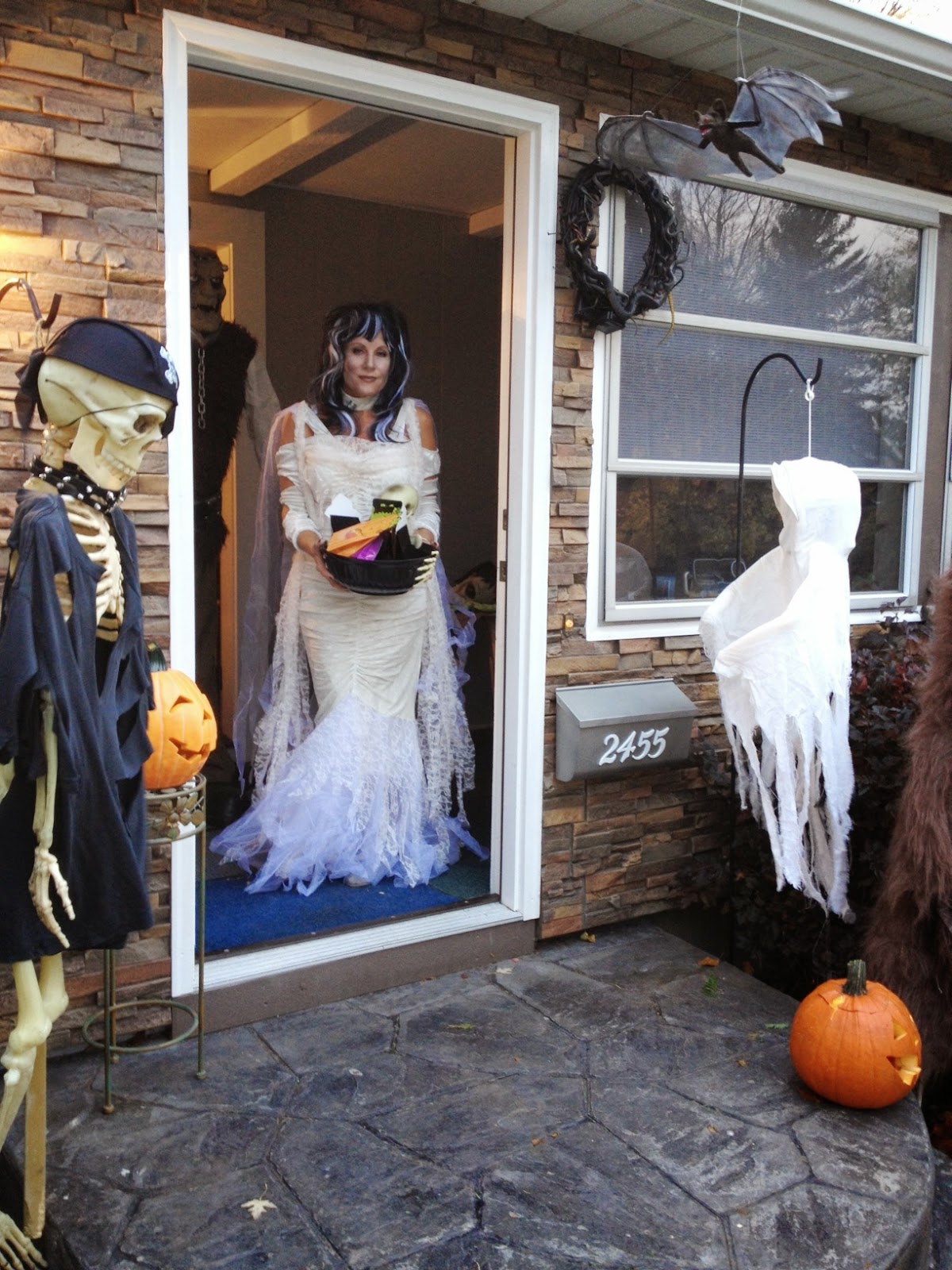 ...or maybe it's just the miracle of perspective?  Still looks a little tipsy, but this time I was the photographer.  Was that one whiskey I had or two?? 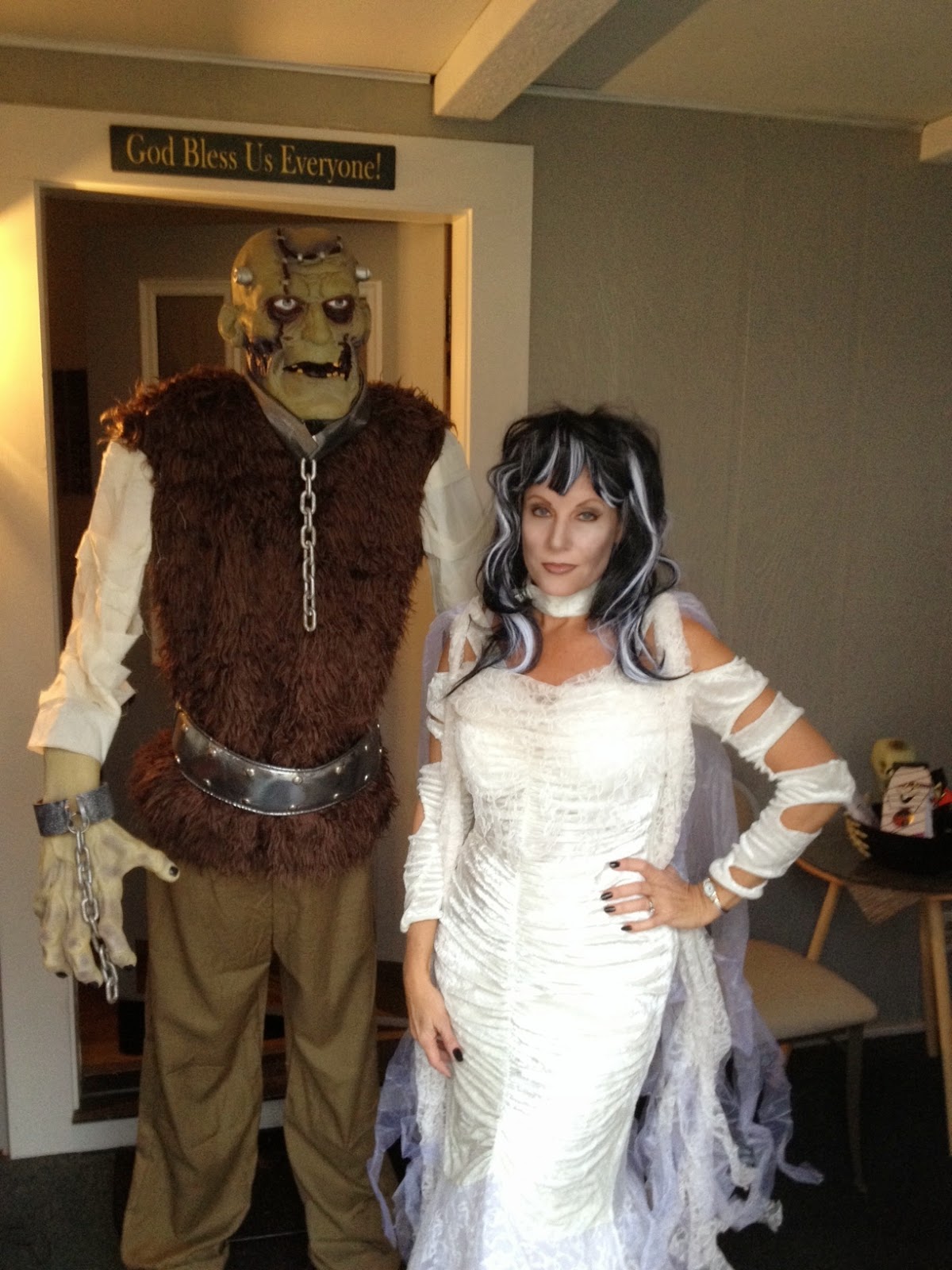 Mr. Bolts and his lovely bride...kinda looks like Cher, doesn't she? 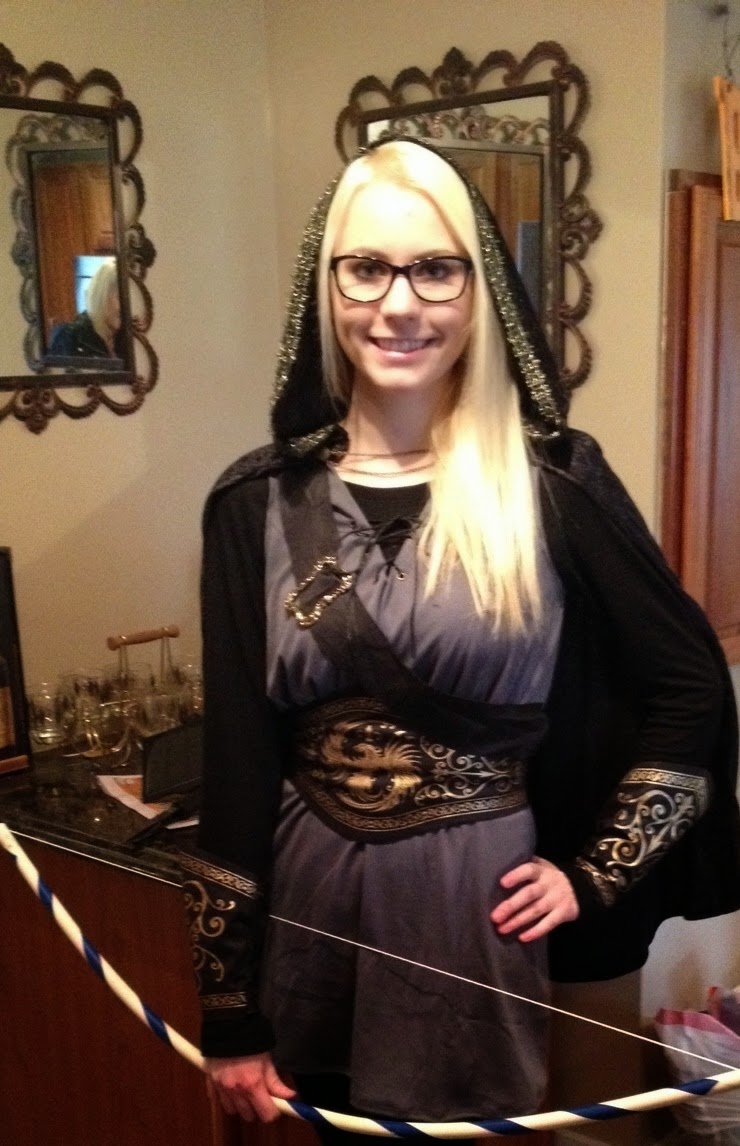 ...and their beautiful daughter, Sarah the Huntress.

A couple of my phones arrived last week, so I rearranged some of my collection to set up my Talk Through The Decades display:

I went right to left instead of the more traditional left to right b/c I wanted the spacesaver to be hooked up and working and the phone jack is on the left...could run a longer line, and if I get one I may move things around, but for now that's the setup.  The 1930's Danish phone should be here next week.

Today will disappear in a flurry of exciting tasks, either work or nature related, so it's into the fray we go.