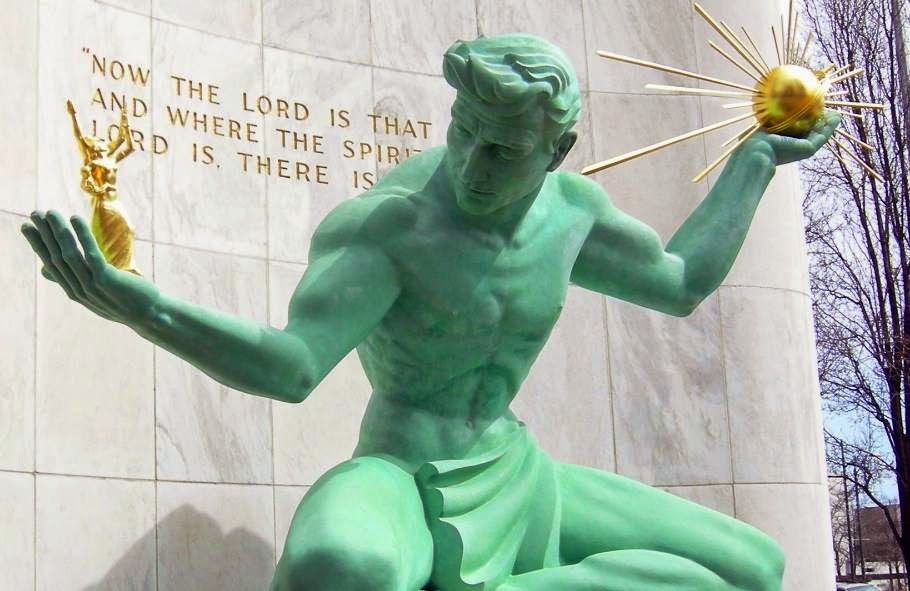 ...Of Detroit, the Marshall Fredericks sculpture in Detroit.  I love this piece, and wish they sold miniatures of it.  The Bible quote is from 2nd Corinthians 3:17 - "Now the LORD is that spirit, and where the Spirit of the LORD is there is liberty."

In his left hand is a bronze orb representing God; in his right is a family.  Fredericks explained he was expressing God, through the spirit of man, manifests Himself in the family, the most important human relationship.

Whether you like his theology or not, it's a fabulous mid century modern sculpture, and I'd love to own a replica.

Recently bought a Fuji Instax mini-8 camera, which is really cool.  Fuji has mastered instant film...they produce great pictures that develop before your eyes in a minute or less...the Impossible Project has not come anywhere near the quality of Fuji instant film.  Really wish Fuji would make film for the old SX-70 cameras...it would be fabulous.

Here are a few of the little pics taken with my Instax mini camera: 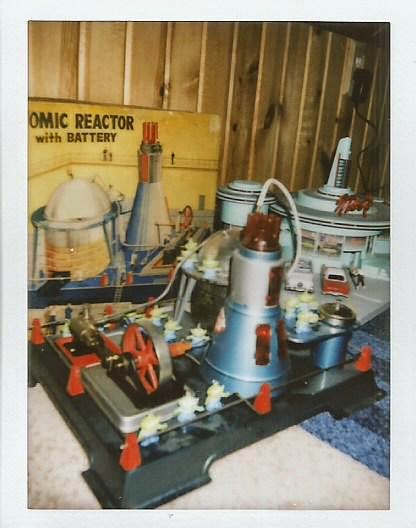 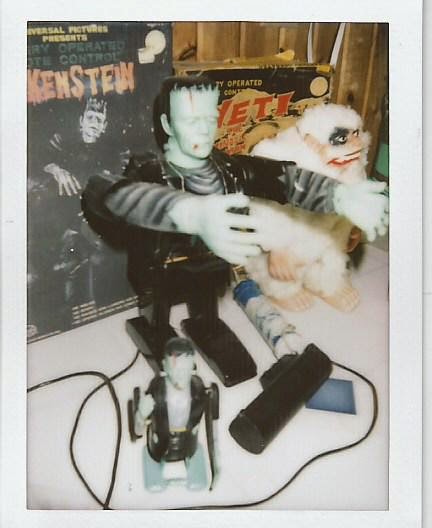 Franky and son, with Yeti to his left...more Marx creations from the early 60's 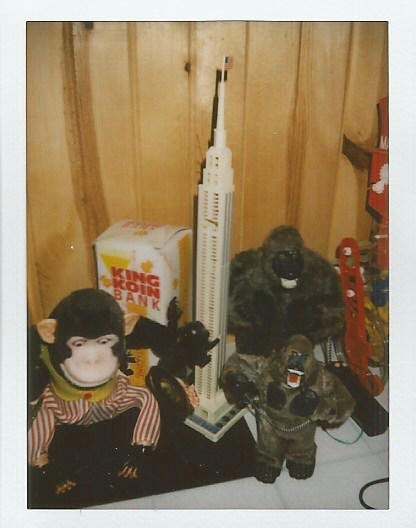 my Monkeyshines picture...that's the Jolly Chimp; a King Kong bank where the little gorilla climbs the Empire State building and deposits a coin; a small windup King Kong; and a larger battery operated Kong. 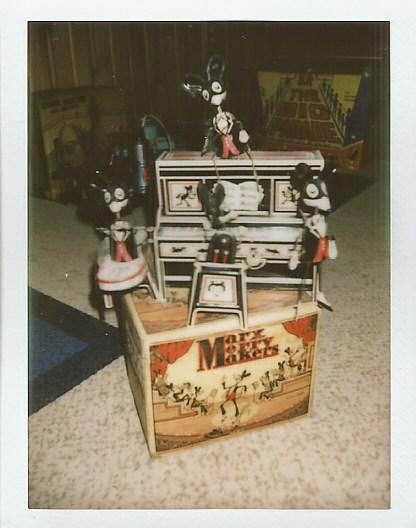 The Marx Merry Makers band...circa 1939, with their original box. 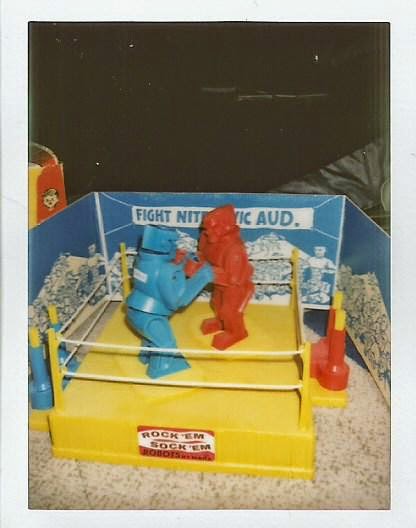 The 1966 Rock'em Sock'em Robots by Marx.  This was my Christmas morning dream come true many years ago. 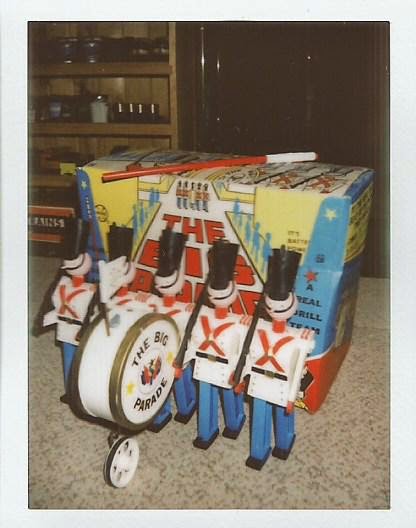 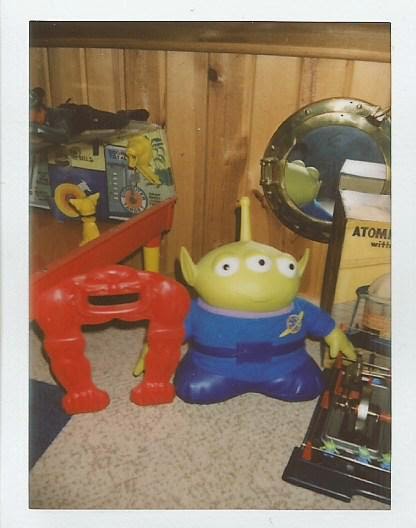 Two for one in this pic...to the left is a 1960's Monster Magnet; to the right is a 1990's Toy Story alien.  #5 son was enamored of all the Toy Story characters as a young lad when that movie first came out.  Woody, Buzz, the Alien, etc...we bought most of them for him back in the day.

Recently made the acquaintance of another vintage electronics aficionado, and got me to thinking about my humble collection of vintage radios and tv's, to wit: 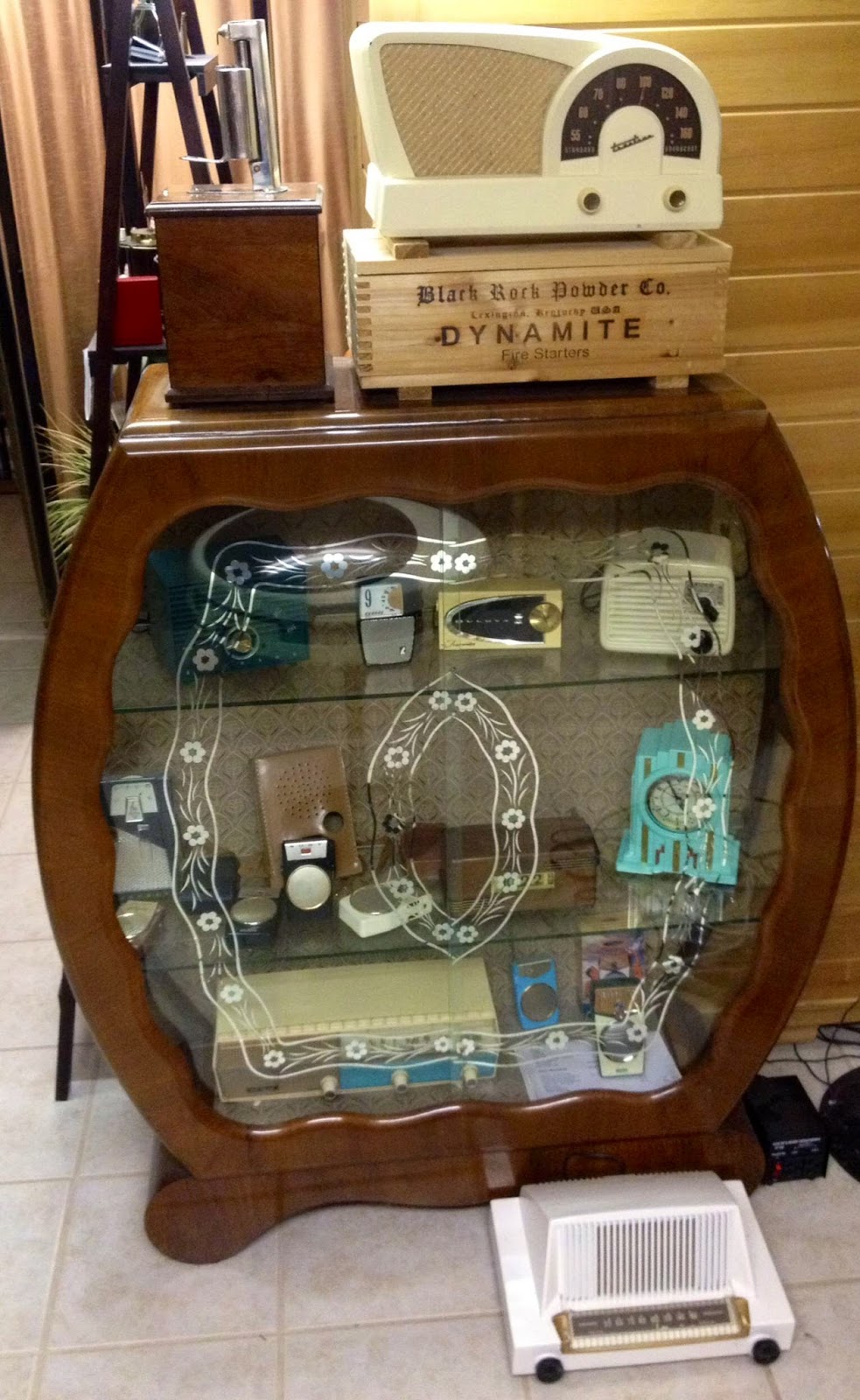 a little bit of various and sundry, including old transistor radios and a replica telechron clock. 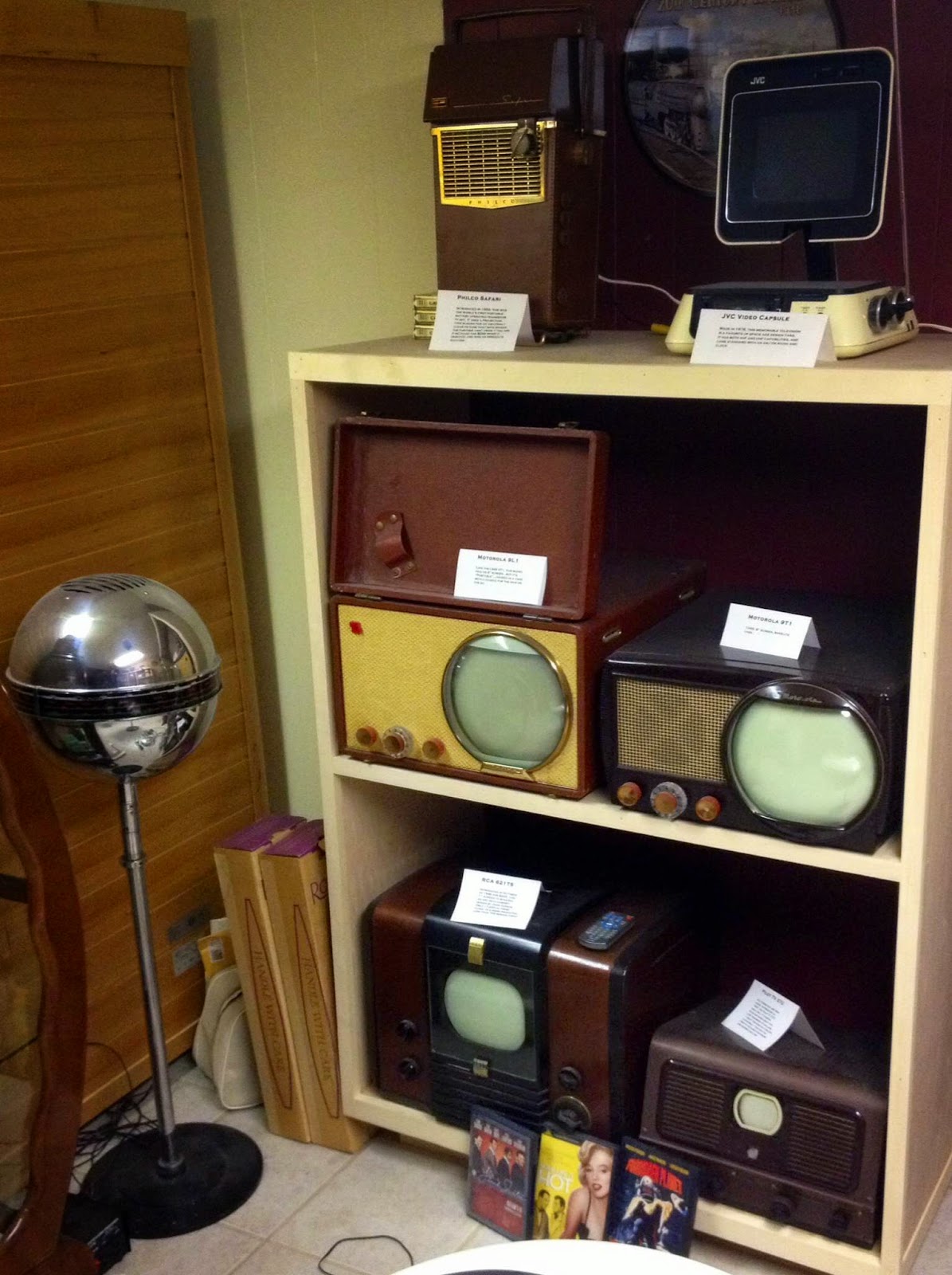 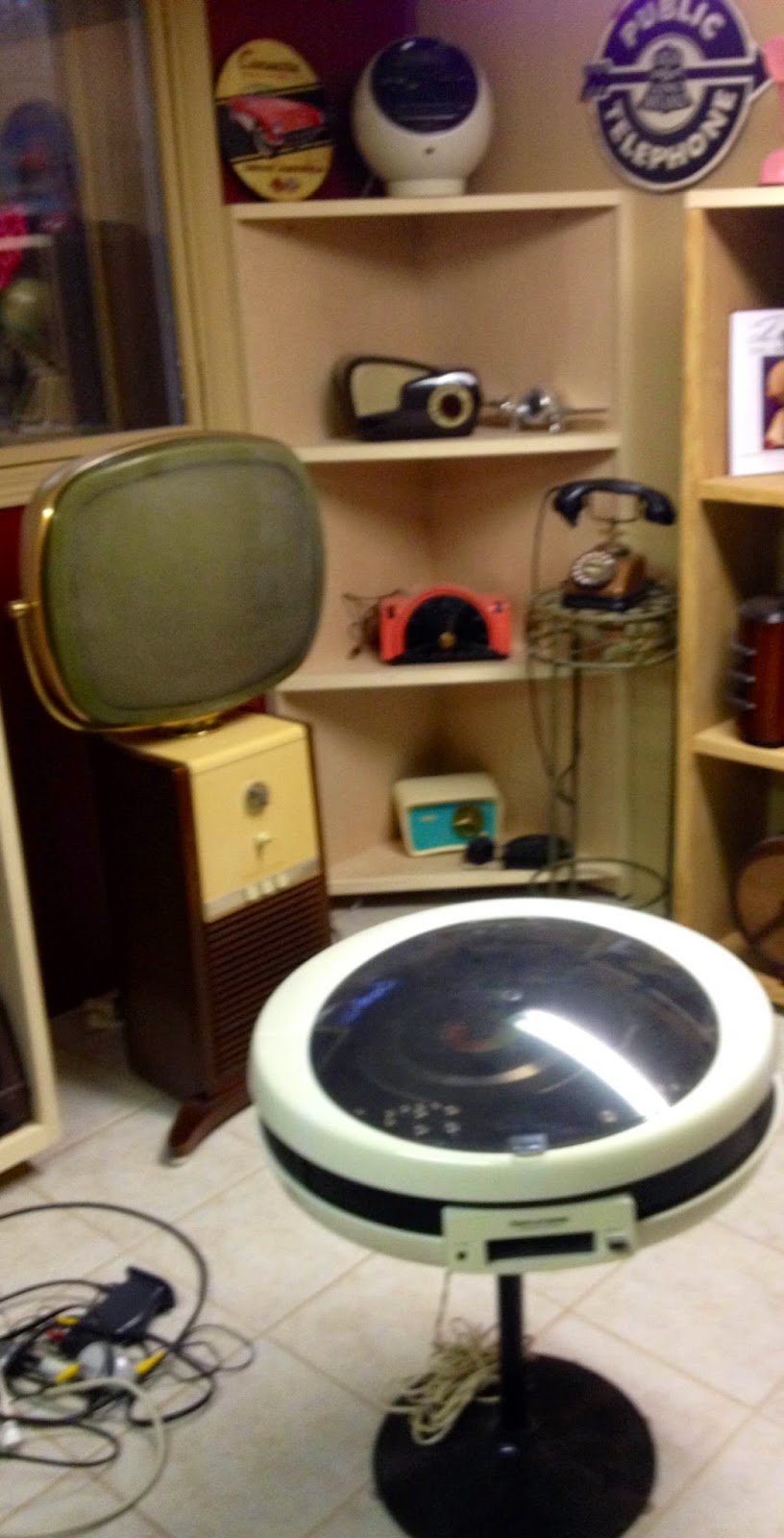 my 1970 Weltron 8 track / radio / phono in the foreground; a 1959 Predicta Barberpole tv on the left; a Weltron 8 track player / radio on the top shelf; and a Philco Boomerang, Emerson 744B, and Travler radio. 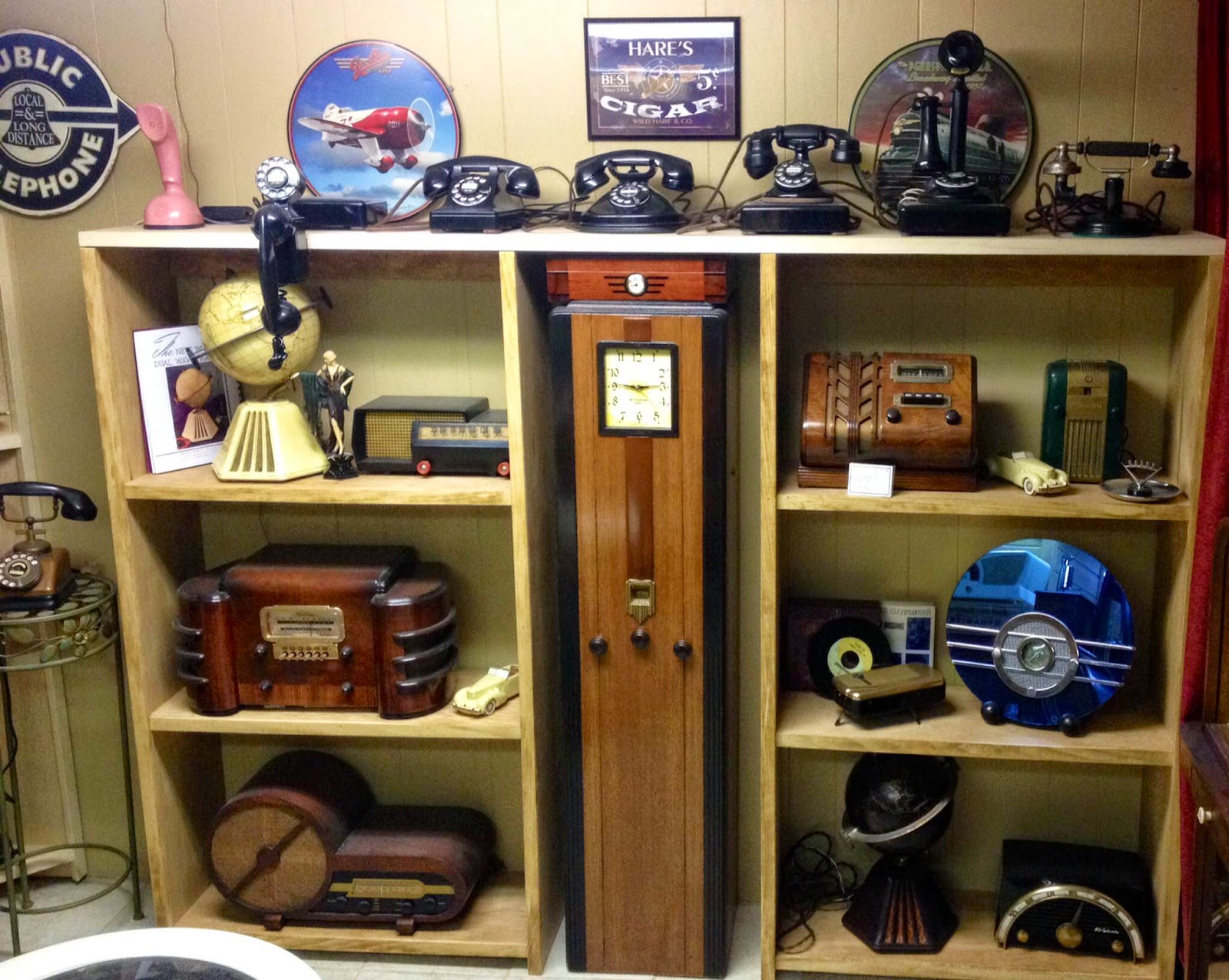 my phones and art deco radios from the 1930s and 40's...favorites all, but I really like the ivory Colonial New World Globe radio, and the 1936 Sparton Bluebird.  Also snuck in a Wondergram portable, battery operated record player on the second shelf on the right.