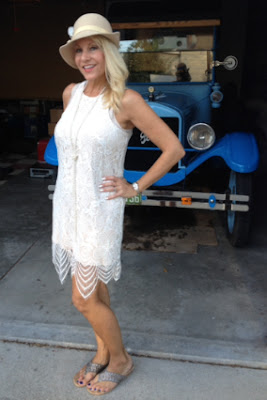 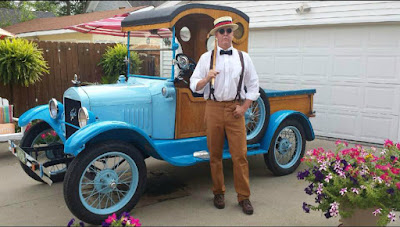 Funny the effect a Model T has on modern day people...lots of smiles, thumbs up and friendly waves as we did the slow crawl along 28th street with all the other classic cars. 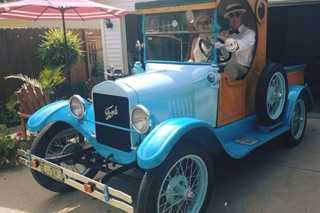 And when they heard the klaxon horn ("ah-OOOOO-ga!") they smiled some more.  Of course, that's really a model A horn, not a model T, so we probably offended a few purists...but most folks just laughed at the classic sound. 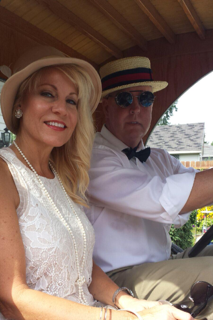 Indeed, we had our picture taken more times in the 45 minutes we were cruising the strip than we have in the last decade...I'm sure the period correct outfits helped in that regard. 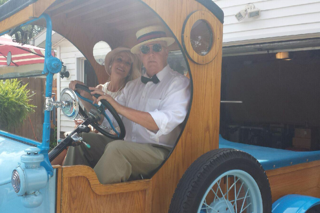 A good time was had by all.

And I know; you're wondering how Joe Average ends up with a beautiful woman like Karen.

Can I let you in on a little secret?

I have no idea.  I assume she's suffering from some sort of delusional condition that renders her ability to discern good looks inoperable.  I hope she never recovers.

Might go metro cruising again this afternoon, but so far it's been raining this morning...

...so I had breakfast with Rodger, and just finished a halfway decent workout.

A favorite aviation triptych above the entrance to our dining room...


Got some good news from the Model T Ford Club of America...they're displaying my Papa's Model T books in their museum in Indiana and plan to sell them during the upcoming Christmas season...pretty excited about that. 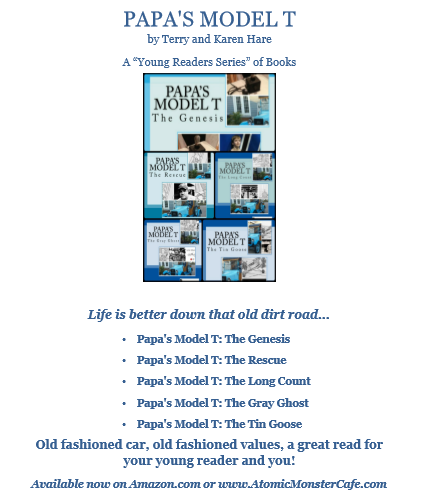 Ideas for the first five have been pretty easy to come by, but so far I haven't found a real inspiration for book six...it's percolating deep in the dark recess of the neural network that passes for my brain, and I know something will eventually bubble up to the surface.

I try to combine an interesting adventure for Ike and Papa X along with some historically accurate person or event from the 1920's, and that decade is a fertile field.

This day is clicking on by, so perhaps I'll check back in later with a few more items.

[* some exclusions apply including the promise you'll be a better person.  not valid in certain solar systems.]